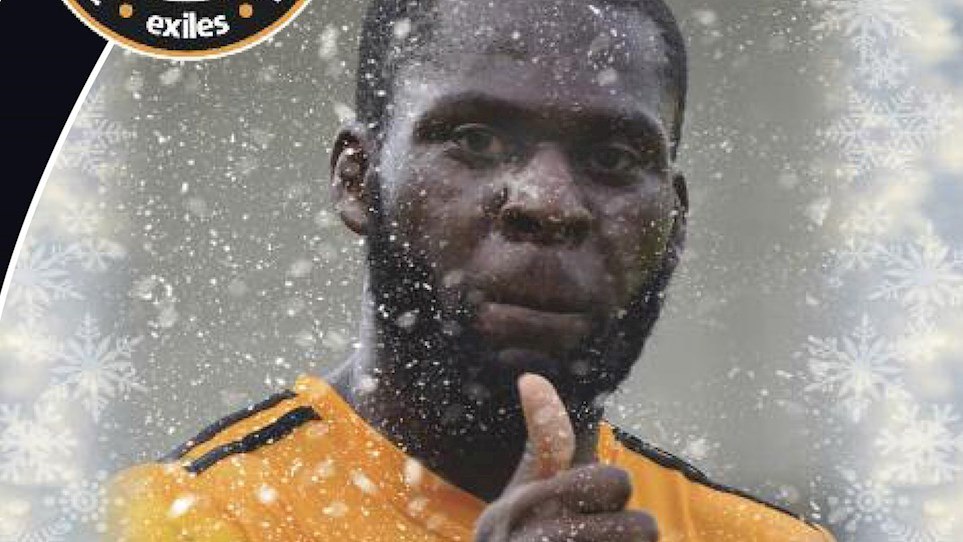 
Here's a quick look inside tomorrow's Matchday Programme where we chat to Mark O'Brien, find out how the Academy U18s side got on in their final game of the Season, and read up on County in the...

A resilient defensive display ensured the Exiles ground out a deserved 0-0 draw at Rodney Parade against Lincoln City despite spending 35 minutes of the game with ten men.

Chances were few and far between in an enthralling contest in South Wales, although both goalkeepers did have to make some tremendous saves.

Joe Day did superbly well to thwart Luke Waterfall in the second-half, making an inch perfect one-handed save to prevent the header from nestling in the bottom corner.

Away goalkeeper Josh Vickers made his best stops to prevent Shawn McCoulsky from adding another to his 10-goal tally for the season, denying the Exiles striker twice in the first-half.

The game’s deciding moment came in the 55th minute when Mark O’Brien was dismissed for a foul on Lincoln striker Matt Green. The Lincoln striker seemingly broke clear of the defence line, with O’Brien mistiming the last-ditch challenge and receiving a straight red card.

But the Exiles defence held firm to ensure they would take a point from the first game of the Christmas period as they ended 2017 at Rodney Parade in the same manner as they started, with a well-deserved point.

That meant the Exiles stuck to their familiar 3-5-2 formation from the off at Rodney Parade, in what was the last home game in 2017 for County.

Despite winning their last four games in all competitions, Lincoln City manager Danny Cowley made one change to his side that beat Accrington Stanley last time out.

That saw midfielder Cameron Stewart miss out entirely from the matchday squad as Nathan Arnold came in.

The like-for-like change meant the Imps kept to their familiar 4-4-2 formation at Rodney Parade, with Matt Green and Matt Rhead up-front for the visitors.

A nasty-looking injury to Ben Tozer caused a temporary halt to proceedings within the opening five minutes, with the midfielder coming off worse from an aerial duel with Michael Bostwick.

That meant Flynn had to make an early substitution to his side after Tozer was unable to continue despite treatment from the physio.

The first opportunity of the afternoon fell the way of the visitors and it came in the tenth minute. Rhead was found on the edge-of-the-area after some intricate play through the middle but could only fire wide on the half-volley.

Tozer’s injury did hamper the Exiles somewhat in the opening proceedings as the side looked to adjust to the early withdrawal. But when County did fashion their opening chance of the afternoon, they came agonisingly close to an opener.

Frank Nouble did well to turn his man out-wide before firing the cross across the six-yard area, which Shawn McCoulsky managed to meet under the pressure of the two centre-halves, but could only fire a foot wide when on the turn.

County continued to up the ascendency and came close again with 25 minutes on the clock. Nouble made the opening well for himself after skipping past two challenges, although the shot didn’t quite have the power on it to test away goalkeeper Josh Vickers.

An uncharacteristic slip from Mickey Demetriou almost afforded Lincoln a glorious chance on the half-hour mark, although Butler recovered extremely well to clear any danger.

The away side were enjoying a decent spell in possession at this point and Joe Day was required to make his opening save of the afternoon on 34 minutes.

Sam Habergham sent a free-kick low and around the wall from 25 yards, although Day had read it well to hold the attempt amidst the pressure from the Lincoln attackers.

Chances were at a premium in South Wales as two minutes of additional time was indicated at the end of the first-half.

But the best chance of the opening 45 minutes was saved until the added extras as the away side probably should have scored.

After a County long-throw was cleared up field by Sean Raggett, Neal Eardley picked out the advancing run of Nathan Arnold on the right-side who had plenty of time to control the pass.

The winger skipped past the challenge of David Pipe and into the penalty area, only to be thwarted by a stunning save from Joe Day’s outstretched leg.

That was the last chance of the first-half as both sides had to settle for heading back to the dressing-rooms with the game goalless.

It would be fair to say that the scoreline was a fair reflection of the first-half. Both sides were cancelling each-other out in what was a physical battle at Rodney Parade, with only half-chances being created by both teams.

That didn’t continue into the second half, however, as with 51 minutes played, Day staked his claim for League 2 save of the season with a truly remarkable stop to deny away captain Luke Waterfall. His header from a corner looked destined for the bottom corner, only for Day to get a hand on to it and force it wide.

But within 30 seconds of that unbelievable stop, the game swung in Lincoln’s favour as Mark O’Brien was shown a straight red card for a late challenge on Matt Green just inside the County half as the striker looked to get away from the defensive line.

That saw a formation change for the Exiles, as Bennett dropped back into the defence in O’Brien’s absence.

And you would have to say that the County resistance adjusted extremely well to being a man light, with only an Ollie Palmer header being created by Lincoln as the game ticked into the final 15 minutes.

Dolan almost found an opener for County with ten minutes to go as the Exiles continued to battle, although could only hit his free-kick onto the roof of the net from 30 yards.

Day made another good save at the start of the six additional minutes, as Michael Bostwick’s looping header was held confidently by the goalkeeper.

And it required some expert defending from Dan Butler to prevent Lincoln from getting a late winner, as his last-ditch challenge prevented substitute Ollie Palmer from getting a shot away when found in the area.

That was the final opportunity of a fascinating game at Rodney Parade, as the Exiles fought resiliently to claim a point and ensure they spend Christmas Day in 11th position in the League 2 table.


Here's a quick look inside tomorrow's Matchday Programme where we chat to Mark O'Brien, find out how the Academy U18s side got on in their final game of the Season, and read up on County in the...