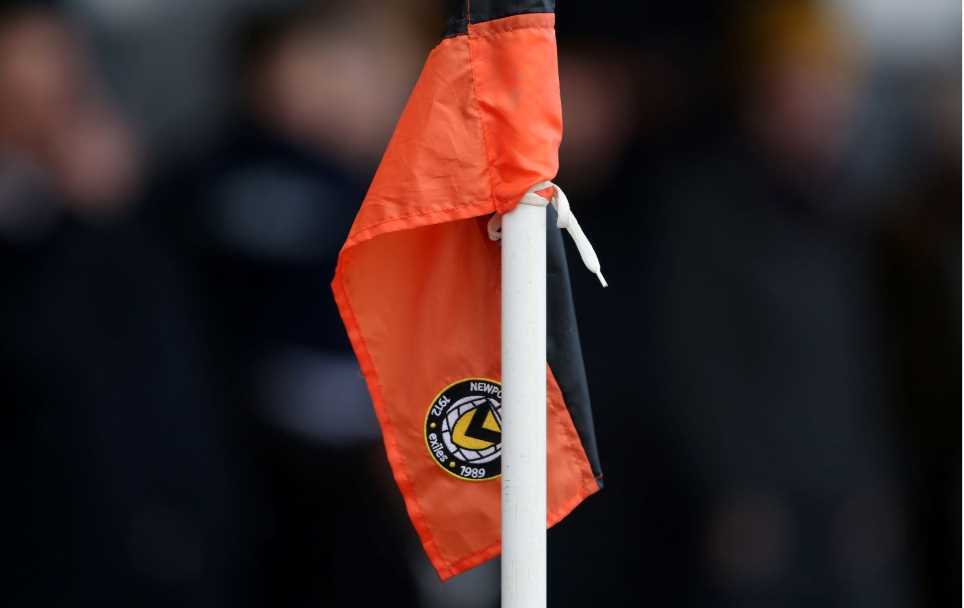 Kristian Dennis’s second-half header was enough to give Chesterfield a morale-boosting victory as they secured a 1-0 victory over Newport County AFC at the Proact Stadium.

The match-winner came on 71 minutes and was the product a superb counter-attack from the home side. Bradley Barry, who had been the architect for all of their attacks throughout the game, found substitute Louis Dodds on the right-hand side before delivering a pinpoint cross for Dennis to head home his 21st of the season from close range.

In what was realistically a typical game of two halves, the Exiles could have got so much more from the game had it not been for the good exploits from Spireites goalkeeper Aaron Ramsdale.

The Bournemouth loanee made some terrific saves in the first-half to deny Josh Sheehan on three separate occasions, the best of which was a stunning finger-tip save on nine minutes to deny a curling effort, while ex-Exile Sid Nelson read the situation well to clear a chipped effort from Padraig Amond off the goal line.

In the end, the extra bit of clinicality from Dennis shone through to give the home side a victory which saw them creep up to Barnet at the bottom of the League 2 table – and they could have had more themselves but for the exploits of Joe Day.

It was certainly a night for the goalkeepers, Day producing two fine saves to deny substitute Jacob Brown, before another two unbelievable stops were made to deny both Dennis and Barry from close range.

The defeat keeps the Exiles in 11th place in the League 2 table ahead of the final game of the season at Carlisle United, with the Exiles theoretically now only able to finish the season one place above that or two places below it.

Mike Flynn elected to make two changes to the starting side that secured a victory in the final home game of the 2017/18 campaign against Cambridge United at Rodney Parade on Saturday.

That saw the first change come in the defence as Tyler Reid came in for just his second start since his loan deal from Swansea City, although the 20-year old has featured more frequently off the bench over the past few months.

Mark O’Brien had to succumb to the toe injury that forced him off at half-time on the weekend so missed out completely on the matchday squad, while the Exiles changed from their usual formation and into more of a 4-3-3 line-up at the Proact Stadium.

The Exiles were able to field that formation following the re-introduction of Aaron Collins to the staring side, who took the place of Ben Tozer, providing support for Padraig Amond out-wide alongside Frank Nouble.

Chesterfield caretaker manager Ian Evatt elected to make just the one change from the side that started his first game since his temporary appointment when they suffered defeat at home to Wycombe Wanderers – a game that saw the Chairboys confirm their promotion to League 1.

That solitary change saw midfielder Joe Rowley drop to the Spireites bench, being replaced in the starting side by ex-Manchester United defender Andy Kellett, with the home side still able to name their familiar 4-4-2 from the first whistle.

The Exiles had reclaimed a spot in the top half with a victory against Cambridge on the weekend – and they were in no mood to give that position up when creating the opening opportunity of the night after nine minutes.

Reid did well to skip past two challenges on the right-hand side before cutting back and delivering a cross to the edge-of-the-area. Josh Sheehan arrived right on cue to strike it goalward, but Spireites goalkeeper Aaron Ramsdale showed what he could offer parent club Bournemouth next season when pulling off a low finger-tip save to divert it past the post.

Bradley Barry headed over the crossbar at the other end shortly after, but that was all that either side could really muster between themselves in the opening 25 minutes, with the contest certainly a cagey one to start proceedings.

Collins and Sheehan both tried their luck from distance around the half-hour mark as the wind factor was with the Exiles in the opening half of football, although neither attempts were ever going to challenge Ramsdale in the home goal who confidently punched the efforts away from the danger area.

A quick counter attack almost presented the home side with something to cheer about amidst a difficult season in Derbyshire, Louis Reed’s 30-yard pass sending Barry clear on the right-side, although the delivery wasn’t quite right as Ben White was able to block an effort from Kellett, before George Smith emphatically smashed over.

Butler had to recover a situation after an uncharacteristic scuffed clearance almost afforded Smith the chance to cross, although when that delivery did hit the County box, the left-back launched himself in-front of Kristian Dennis to clear away any danger.

There was a sense that the ascendency was turning more in the way of Chesterfield as the game approached half-time – but the Exiles almost provided a sucker-punch to that spell of possession when almost finding the net with four minutes of the half remaining.

The runs in-behind from Amond, as has been the case all season, were again causing danger to the Spireites defence and Willmott saw this latest one to pick him out 10 yards out.

The Irishman controlled the ball with such ease that it made Ramsdale question whether to come out and close the angle, Amond chipped an effort over him but ex-Exile Sid Nelson recovered well to clear the attempt mere inches away from the goal line.

The now Spireites centre-back injured himself in the process when connecting awkwardly with the post, meaning three minutes additional time were indicated at the end of the half, although neither side could create a chance of note in that time as the sides went in level at half-time.

It was probably a fair reflection across the half as a whole, although nobody could argue with the fact that County created the better chances from the opening 45 minutes.

But the Exiles - and Josh Sheehan in particular – were being frustrated by the wonderful athleticism of Ramsdale in the home goal, who really had no right to save the attempt from the midfielder on nine minutes.

Chesterfield were having their moments themselves amidst an otherwise cagey first-half, Bradley Barry by far the most menacing threat with his pace and trickery, although you would have to imagine that Joe Day would have been extremely pleased with the exploits from his defence throughout.

But instead of the defence continuing to provide an unbreachable barricade in the second-half, Day had to make two stunning saves to rescue them and keep the scores level by the time 60 minutes had elapsed on the scoreboard.

The half-time introduction of Spireites winger Jacob Brown seemed to inject some much-needed tenacity about their attacks, the 20-year old twice getting the beating of Reid out-wide, only to find Day alert to both shots to calmly hold them.

Chesterfield were certainly the better team from the opening of the second-half was it was no real surprise when they took the lead on 71 minutes.

Barry was again the architect of another swift counter-attack, Louis Dodds eventually getting the ball near the corner flag before whipping in a pinpoint cross for Dennis to head home from close range for his 21st goal of the campaign.

That lead could so easily have been two after more positive work out-wide from the Spireites with ten minutes of the contest remaining.

Reed played another inviting delivery into the area for Barry to volley a thumping effort towards goal, only for Day to again come to County’s rescue and get something on the attempt to narrowly divert it past the far post.

The pressure just kept on coming from the home side and Day again had to make a double save to repel the Spireites. Dodds fired a shot through a host of bodies from 20 yards that Day could only parry into the path of Dennis, although the shot stopper reacted like lightening to stop that attempt as-well.

The indication of three additional minutes did give the Exiles a chance to snatch a draw, Day coming unbelievably close to an equaliser from a late corner, but none could be found as County suffered defeat in their penultimate game of the 2017/18 campaign.

Next up for County: Carlisle United (May 5th) AWAY