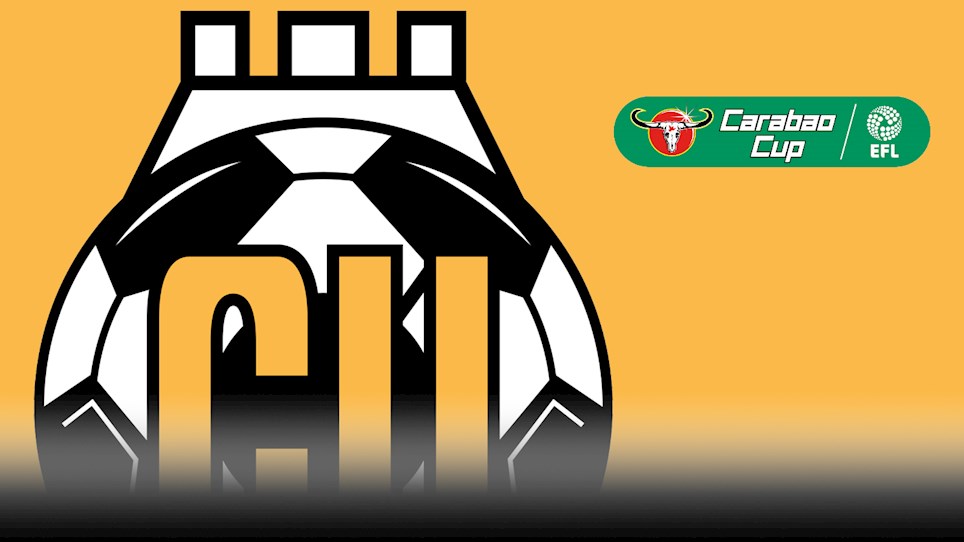 
Tickets are now on sale for our EFL Carabao Cup Match vs Cambridge United.

Padraig Amond stole the show again as Newport County AFC booked their place in the Second Round of the Carabao Cup with some scintillating football in a 4-1 victory at Cambridge United.

The game started at somewhat of a lethargic pace early-on, but County finally ramped up the pressure in a seven-minute spell from the 18th minute.

Mickey Demetriou and Jamille Matt both headed a Cambridge clearance back into the area, it hit Harry Darling on the back of the foot and Amond reacted instinctively to fire home first-time past Dimitar Mitov.

If there was some fortune in that goal, there certainly wasn’t any for Amond’s second on 22 minutes in a move that could result in a goal of the season contender.

14 passes, nine County players involved. The Exiles covered every blade of grass with a polished and accurate passing move, the ball eventually being fed into the Irishman who finished with the sort of clinicality that showcased how good a move it actually was.

Matt then put the game beyond any doubt when netting his first goal of his stay with the Exiles, looping a header over Mitov after Matty Dolan found the attacker with a curling free-kick.

With four minutes to go, that emphatic lead became four with even more sublime football. It was a goal all of the work of Antoine Semenyo, the loan star dancing his way past three challenges before firing into the bottom corner from the edge of the area.

Ade Azeez did pull a goal back with a penalty in stoppage time, but the result was never really in much doubt at that point as the home side did at-least grab a consolation.

That means County go into Thursday’s draw for the next round which is live on Sky Sports – a much deserved spot too after a composed and accomplished performance.

Mike Flynn elected to make four changes to the side that secured their first victory of the season against Crewe Alexandra on Saturday.

That saw two players come in for their Exiles debut, starting with Nick Townsend who was between the sticks in a 3-4-1-2 formation at the Abbey Stadium.

Tyreeq Bakinson was the other County debutant in the starting team, playing in a holding midfield role alongside Matty Dolan. Josh Sheehan played a little bit ahead of that duo and helped aid Jamille Matt and Padraig Amond up-front.

Cambridge United manager Joe Dunne made two changes to his side that stunned promotion favourites Notts County on Saturday with a 3-2 success.

The home side lined up in a 4-3-3 formation at the Abbey Stadium and Dunne replaced David Amoo with Liam O’Neil in the centre of midfield.

The U’s second change saw ex-Exile Emmanuel Osadebe – who only featured once for County in the draw with Morecambe - come back into the attacking system in place of the injured Jabo Ibehre.

Despite the changes from both sides, it was in-fact one of the players who kept his place that was the recipient of the opening chance.

It came on nine minutes following a defensive mix-up from the Exiles, Ade Azeez finding himself in space after the ball bounced off Fraser Franks, but Nick Townsend was out quickly to smother the ball from the striker’s feet.

Other than those minor glimpses in the contest, there was a distinct lack of real opportunities for both sides early on, but that was all about to change as the Exiles took command in a dominant seven-minute spell.

There was some fortune in the Exiles taking the lead at the Abbey Stadium on 18 minutes, Mickey Demetriou then Jamille Matt both heading a ball on into the area, it hit Harry Darling on the back of the heel to sit up perfectly for Padraig Amond, who hit it first time from the edge of the area into Dimitar Mitov’s near post.

That lead was swiftly doubled in the 22nd minute as the Exiles scored what must be considered as a goal of the season contender even at this early stage of the campaign.

The incredible flowing passing move involved nine players in a 14-pass move that covered virtually every blade of grass, the ball eventually working its way to Amond from Matt’s deft pass and the Irishman made the home side pay again when curling home his second of the match.

He almost had a seven-minute hat-trick when forcing Mitov into a low save from Forbes’ cross on 25 minutes, the Exiles really starting to control everything about proceedings and Matt was also denied when found in space.

Cambridge did eventually begin to gather some sort of ascendency in-front of their home crowd but could never really test Townsend and were limited to two free-kicks from George Maris that were blocked rather easily by the County wall.

Those were the final opportunities mustered by the two teams in the first-half as County looked pretty comfortable with their two-goal cushion and playing some great stuff going forward.

The second goal was simply sublime as the attack covered virtually the length of the pitch, although the opener was also of sublime quality and Amond had to take all the credit for calmly dispatching both opportunities when they arrived.

It really would require something for Cambridge United to remain in the Carabao Cup as the Exiles again looked comfortable in the defensive line of Bennett, Franks and Demetriou.

What they wouldn’t have wanted then would be the Exiles to virtually put the game beyond any doubt within four minutes of the restart.

But that’s exactly what happened as Jamille Matt grabbed his first goal in County colours. It came courtesy of a looping header from eight yards – Matty Dolan’s free-kick from wide swirling perfectly for Matt to head over the goalkeeper.

Sheehan and substitute Keanu Marsh-Brown both had efforts saved by Mitov as County continued to try and press home their evident advantage, but in general the game had died down to a slower pace as the contest entered its final five minutes.

But once again, it took just one moment of brilliance to reignite the spark of the game and it resulted in Antoine Semenyo getting his first competitive goal for the Exiles.

The Bristol City loan star danced his way past three challenges and towards the edge of the area, resisting the temptation of passing it to Matt and firing into the bottom corner past a helpless Mitov.

It was always going to be harsh on County if they did concede after a composed performance at the Abbey Stadium, but the home side did pull a goal back in stoppage time when Ade Azeez converted a penalty.

That goal couldn’t dampen what was a remarkable performance from County – the Exiles booking their place in the next round of the Carabao Cup with a comfortable performance against their League Two counterparts.


Tickets are now on sale for our EFL Carabao Cup Match vs Cambridge United.