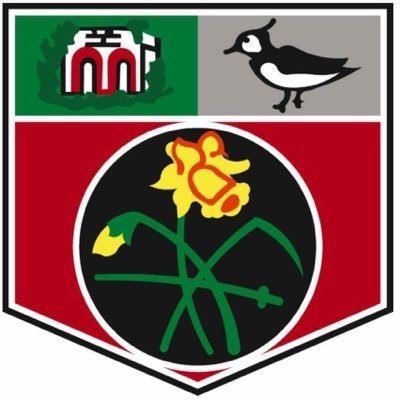 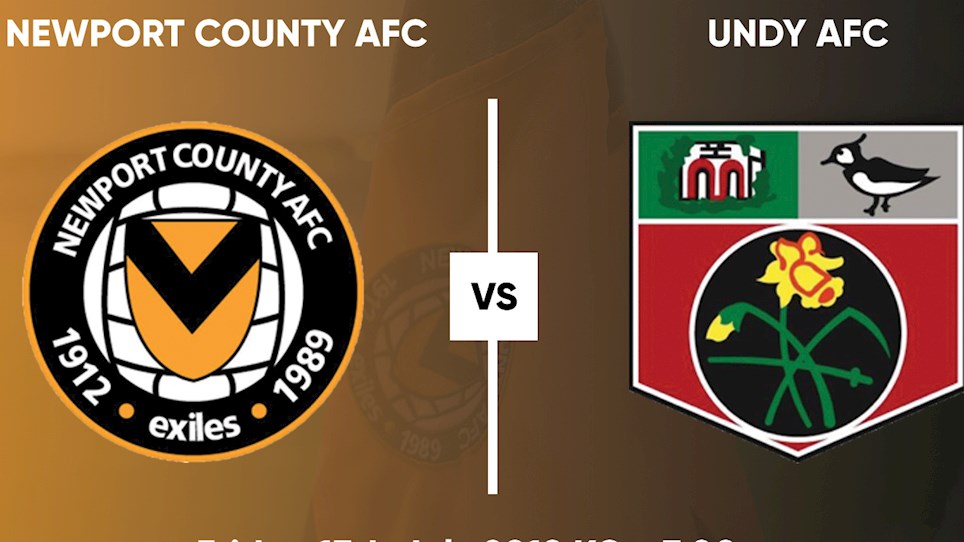 
We are delighted to announce the details of our upcoming pre-season friendly vs Undy AFC.

Trialist 7 scored a late equaliser as Newport County AFC continued their pre-season schedule with a 1-1 draw against Undy AFC at Larkfield Park.

James Barnes gave Undy a half-time lead with a neat finish into the bottom corner following a clever free-kick routine with Nathan Wood, only for County to cancel out the attempt with fifteen minutes remaining.

The goal was the perfect product of some unbelievable play by academy star Lewis Collins, the young County attacker waltzing his way through four challenges before seeing his attempt saved, only for Trialist 7 to follow it up and tap in from close range.

Mike Flynn decided to name a mixture of trialists and players from Byron Anthony’s U18 academy in the starting side at Larkfield Park.

Owen Taylor, Lewis Collins and Tom Hillman – three academy stars who featured in the CheckaTrade Trophy defeat to Cheltenham Town last November – were joined in the team by Ryan George and seven trialists.

In a first-half of very few chances of note, it was Undy AFC who made the brighter start in Chepstow and almost took the lead in the tenth minute.

It required quick-thinking from the County trialist goalkeeper to divert the attempt over his crossbar, a wayward backwards header from Trialist 3 almost causing him some problems between the sticks.

The County side grew into the game from there and Trialist 7 almost broke the deadlock on 29 minutes but his audacious volley from outside the area clipped the top of James Smallcombe’s crossbar on its way over the top.

Owen Taylor almost opened his account for the first-team with 37 minutes on the clock, although Nathan Wood tracked back well to close down the angle and force Taylor to hit the side netting from an acute angle.

County were well on top of proceedings at this point but Undy AFC ensured it would be them taking a lead into half-time when scoring a well-worked goal on 40 minutes.

Wood’s quick-thinking from a free-kick sent James Barnes clear in the penalty area, the attacker turning well before burying an attempt into the bottom right corner from 10 yards.

That sent the home side in at the break in-front and no further chances could be created as the hour mark elapsed on the scoreboard.

At that point, Flynn decided to give a further two academy stars their inaugural run out in the first-team.

Owura Edwards and Callum Beckett both came on, replacing Ryan George and Trialist 2 in the process.

Those changes seemed to breath a fresh sense of urgency into the County side and Smallcombe’s save from Trialist 7’s powerful header should have been a warning sign for the home side.

That’s because with 15 minutes remaining, the Exiles levelled proceedings at Larkfield Park.

It was the product of some sublime work by Lewis Collins, the young County attacker stunning the home defence with a mesmerising run, unlucky to eventually see his shot saved by Smallcombe, only for Trialist 7 to tap home the rebound from four yards.

That was realistically the final chance from an entertaining fixture at Larkfield Park, Trialist 7 almost doubled his tally in stoppage time but was beaten to the ball by Smallcombe, as County drew for the second successive match in pre-season.


We are delighted to announce the details of our upcoming pre-season friendly vs Undy AFC.