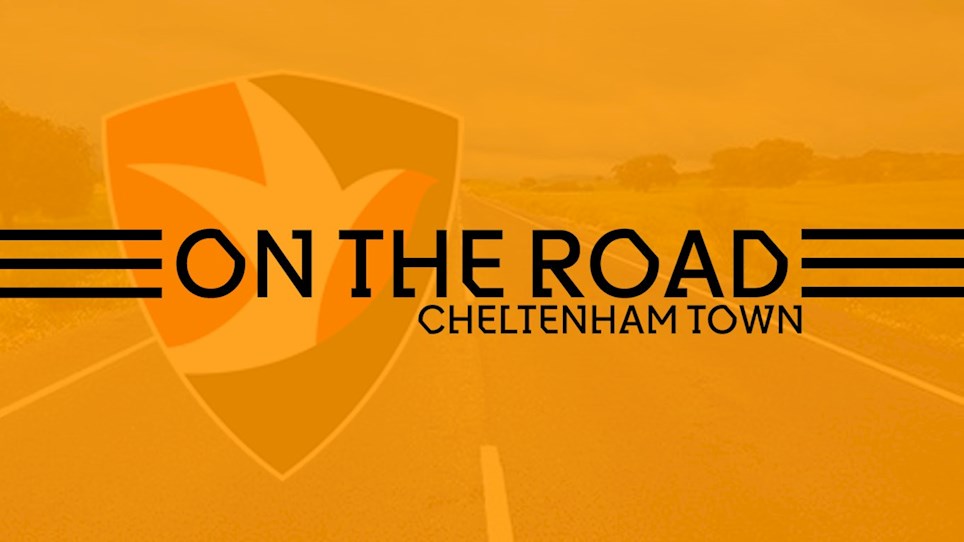 ON THE ROAD| Our Journey Continues to Cheltenham


Last season, we took over 900 supporters to Cheltenham Town to support us just after Christmas. Padraig Amond’s incredible 18-yard header put County ahead just after half time but a Mohamed Eisa...

Cheltenham Town secured their first home League Two victory of the season as Newport County AFC fell to a 2-1 defeat at the Jonny-Rocks Stadium.

In a dominative first-half performance, the Robins got the goals that would ultimately see them to victory, Will Boyle scoring a header early on then striker Tyrone Barnett tapped home from close range.

Mickey Demetriou missed a penalty with five minutes remaining but a stunning volley from Antoine Semenyo got County back into the contest with a minute remaining, but they left it too late to take anything from the contest.

The result means the Exiles drop to fifth as Colchester United returned to the final automatic promotion spot, but County are only outside of those spots on goal difference ahead of Tuesday’s home game with Northampton Town.

Mike Flynn was forced to make two changes to his side that returned to winning ways in League Two last weekend as Robbie Willmott started his lengthy layoff and Matty Dolan failed a late fitness test.

Having scored last weekend, Cameron Pring was rewarded with an inaugural starting berth in League Two, whilst Charlie Cooper also returned as the Exiles implemented a 4-3-3 system in Gloucestershire.

Cheltenham Town manager Michael Duff elected to name exactly the same side that knocked Ebbsfleet United out of the Emirates FA Cup at home.

That meant the Robins maintained their three at the back formation that has worked to good effect in recent weeks, as Ben Tozer faced his former side for the first time since leaving over the summer.

Cheltenham headed into the game on the back of six games unbeaten in all competitions, keeping four clean sheets in succession as well, and that confidence exuded throughout the team in the first-half as they completely dominated proceedings.

Newport-born right-wing-back Ryan Broom was at his magnificent best throughout, and his crosses to Luke Varney then Tyrone Barnett should have been a warning sign for County as Joe Day made two smart saves.

The Robins insisted on attacking down the County left-side and the persistence paid off as they took the lead after 19 minutes.

No prizes for guessing that Broom provided the sublime assist with another menacing cross, looking for Will Boyle in the area and when Fraser Franks misread the cross, the centre-half had the simplest of jobs to head past a helpless Joe Day from eight yards.

Remarkably, that was Boyle’s fifth goal of the season and meant he was back as the Cheltenham top scorer for the season – despite the fact he is a centre-half.

The Cheltenham attack was relentless and blocks from Tyreeq Bakinson and David Pipe to deny Chris Hussey and Varney kept County in the contest at the Robins continued to fly.

In a rare sighting at goal, County almost levelled after 36 minutes when Scott Flinders was drawn into a top-class save – denying a looping header from Franks after a Dan Butler corner-kick.

But that was only a precursor to more attacking menace from Cheltenham and they doubled their advantage just a minute before the interval.

Chris Hussey twisted and turned his way past three challenges and into a shooting position around 35 yards out, unfortunately a bobble in the surface meant Day spilt the attempt and Barnett didn’t need a second invitation to tap home into an empty net.

It could have been three right at the end of the two additional minutes time added on, but Varney’s curled effort fortunately drifted past Day’s far post and County were relieved with the half-time whistle.

It just wasn’t quite working for County in those first 45 minutes so Flynn elected to make two substitutions in preparation for the second half.

That saw a welcome return for Andrew Crofts, making a first appearances since 28th August, and Mark O’Brien also took to the field for Cooper and Pring respectively.

Those alterations into more of a 4-4-2 formation did give County somewhat of a foothold on proceedings but nothing could quite be converted into chances before the hour mark.

A nice ball in from Butler on 65 minutes did give Amond a header at goal, but having been beaten by the Irishman twice last season, Flinders read it well and made a comfortable save.

Broom was again controlling the majority of ascendency from a Cheltenham perspective and his crosses were always causing problems – O’Brien throwing himself in-front of a Varney volley and Hussey shot well wide.

Big mention also to Nigel Atangana for basically morphing into French compatriot N’Golo Kante, cutting out any advancing County pressure as they started to go for things a little bit more towards the end of the contest.

Defender Jordan Forster was also a stand out performer for the Robins and when County did manage to get through Atangana, the Scotsman cut out Mark Harris’ drilled cross and prevented Amond from having a sighting at goal.

With ten minutes to go, Harris managed to secure the Exiles another shot on target, but Flinders was again equal to it and held the attempt for the expected prolonged length of time.

A succession of corner-kicks gave County some hope and from the last of them, Boyle pulled Demetriou to the floor and County had a spot-kick.

Mind games ensued as Tozer went to Flinders to tell him where Demetriou would put it, then Amond went to Mickey to tell him what Tozer had initially said. County won those particular mind games as Demetriou did send Flinders the wrong way, but he also put it wide of the target as well.

The side didn’t let that affect them too much, however, and they were back in the game with a minute to go. County continued to launch balls into the area and when Semenyo got some space, the Bristol City loanee rifled it on the volley past a helpless Flinders and the Exiles were back in the contest.

Four minutes of added time sparked panic amongst the Cheltenham team and their supporters but County couldn’t find an equaliser and fell to defeat in Gloucestershire.

Next up for County: Northampton Town (27th November 2018) HOME

ON THE ROAD| Our Journey Continues to Cheltenham


Last season, we took over 900 supporters to Cheltenham Town to support us just after Christmas. Padraig Amond’s incredible 18-yard header put County ahead just after half time but a Mohamed Eisa...