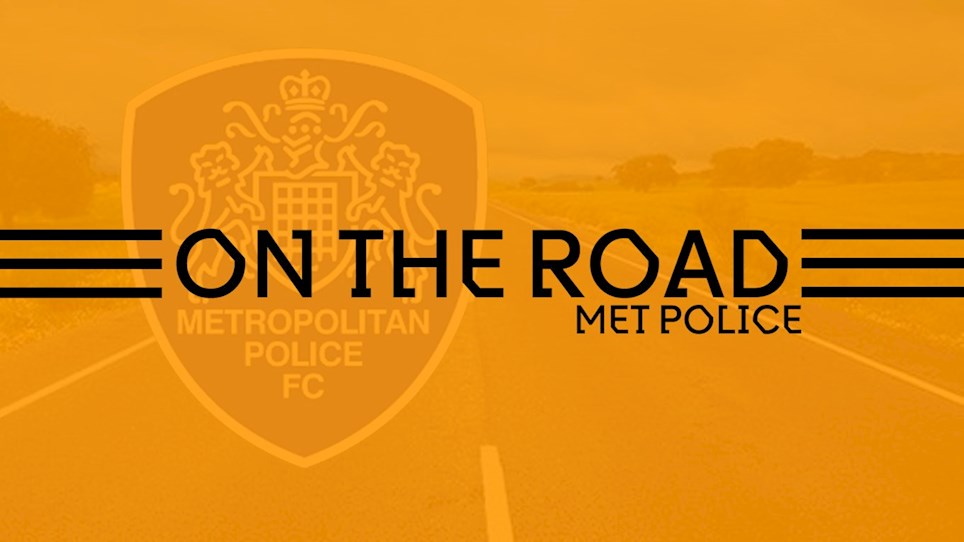 
The First Round of the Emirates FA Cup takes us to East Molesey, where we will face Evo-stick League – Premier South team Met Police FC.

Newport County AFC have booked their place in the Second Round of the Emirates FA Cup after a 2-0 victory against a robust and determined Met Police FC at Imber Court.

There were 78 places separating the two sides in the English pyramid ahead of the game, the Blues the lowest ranked side left in the competition, but you wouldn’t have known it following an enterprising game throughout.

There were no actual serving policemen in the Met Police FC starting line-up, but it was ultimately County’s own ‘strike-force’ of Padraig Amond and Jamille Matt that sent the Exiles through with goals in either half.

That means County go through to the Second Round draw of the Emirates FA Cup, with the Exiles finding out their next opposition during Monday night’s draw – which is live on BBC from 7pm.

In a sign of respect to both Met Police FC and the prestigious competition, Mike Flynn elected to make just two changes to the side that suffered stoppage time heartache at Carlisle United last time out.

Top scorer Jamille Matt, who had to make do with the substitutes bench at Brunton Park due to a slight knock, recovered fully to start and came in for Antoine Semenyo as part of the 3-4-1-2 formation.

Having missed the last three games through suspension, Fraser Franks made a welcome return to the starting side at Imber Court, replacing Tyler Forbes who missed out completely on the matchday squad.

Met Police FC manager Gavin Macpherson decided to keep faith with the side that shocked National League outfit Havant & Waterlooville in the final preliminary round.

Despite County taking a slender lead into half-time, it would be unfair to say anything other than Met Police FC were more than a match for the Exiles in the first-half and probably had the better chances when reflecting on the half as a whole.

The Blues certainly came out of the traps with intent and could have taken the lead inside two minutes. The influential Jack Mazzone had an early sighting in the area, but perhaps was a little too hesitant and Fraser Franks cleared.

County went straight up the other end where after some good interchange, Jamille Matt forced a save from home shot stopper Luke Williams, but that was about it from the Exiles in the opening 25 minutes.

Confusion inside the area caused a scramble in the box which Max Blackmore eventually stabbed just wide, whilst more good play from Mazzone saw him set up Bayley Mummery, but the winger miscued the connection.

The wet, windy, somewhat horrific conditions at Imber Court were always going to play a part and Franks had to get himself out of jail when allowing the ball to bounce, but he did recover when the ball stuck in the turf to prevent Mazzone bursting through.

Those opportunities were definitely warning signs to the Exiles who were struggling with the conditions when still trying to play neat, quick football in and around the centre of the pitch, but Chislett in particular was happy to nullify a lot of the threat.

Chances were always going to come if the Exiles remained patient and when Robbie Willmott showed his perfect poise to set Amond free, the Irishman hit the base of the post from an acute angle.

Back came the home side with intent and before the half-hour mark was up Day was forced into a further two stops, first denying Blackmore on the turn then an overhead kick by Oliver Knight.

The ascendency was still with the home side as County had to pick and choose their moments against a robust home performance, and Amond pleaded his innocence after putting a header past Williams, but the linesman had already raised the flag for offside.

It cannot be underestimated how important Day was to helping keep County in the contest at Imber Court and he was again called into to deny Chislett, although the midfielder did hit it straight at the Exiles shot stopper when he had time to pick his spot better.

All those stops were mounting up from Day, another inch perfect and commanding performance from the shot stopper, and they became even more important when County grabbed the lead with four minutes of first-half proceedings remaining.

The weather was again hampering proceedings, but it did at-least benefit County on this occasion, Amond heading home a Willmott free-kick with the ball just about skidding on the turf and under the bitterly disappointed Williams.

Huge credit must be given to the way Met Police FC responded to falling behind against County, who were 78 places above the Blues before kick-off, and Day again had to use his lightning reflexes to deny another Blackmore header in first-half stoppage time.

It was certainly a cagey affair after a more than even opening 45 minutes, but County did give themselves some breathing room when doubling the lead just three minutes after the restart.

The pitch itself was holding up amidst the onslaught of the British weather conditions, with County again profiting form a couple of slips outside the Met Police FC penalty area.

Bakinson eventually added some normality to proceedings and when he managed to beautifully turn the host of fallen players, he forced a smart save from Williams which Matt followed up for his tenth of the campaign.

Once again, Met Police FC refused to lie down and let County see out the game with relative ease and Chislett was again working his magic when setting up Blackmore, with Day having to scramble across his area and tip past the near post.

The hosts did begin to tire around the 56-minute mark but still refused to let County extend their lead to an unassailable lead – with substitute Keanu Marsh-Brown, Dolan and Amond all denied by Williams after a plethora of shots from outside the area.

Another offside decision halted County getting a goal with five minutes remaining, substitute Antoine Semenyo taking the chance well when it arrived, but it appeared like Amond got a touch before the Bristol City loanee having been in an offside position.

With two minutes remaining, Blues midfielder Louis Birch was dismissed for a second-bookable offence, the later card for holding on to Bakinson when he tried to burst into the area.

That was the final action of note from Imber Court – County safely booking their place in the next round with a clinical performance.

Attendance: To be Confirmed….


The First Round of the Emirates FA Cup takes us to East Molesey, where we will face Evo-stick League – Premier South team Met Police FC.