Newport County AFC made a dream start to the 2020/21 season by progressing through to the Carabao Cup second round following a 2-0 victory over Swansea City.

A first-half brace from Tristan Abrahams proved to be enough for Michael Flynn's men as they completed yet another cup upset against their south Wales rivals.

The Exiles frustrated the Sky Bet Championship side throughout the opening half and prevented the visitors from causing any problems for Nick Townsend in the County goal.

Steve Cooper's men - who were without a handful of players who are on international duty - improved in the second period but failed to find a way back into the tie.

It took just seven minutes for the hosts to take the lead against the Swans which was created by Scott Twine. The forward - who joined the club on a season-long loan deal from Swindon Town - did well to keep the move alive by stopping the ball from crossing the byline before Abrahams diverted Ryan Haynes' header past Freddie Woodman, giving the home side a dream start to the tie.

Swansea enjoyed plenty of possesion but clear-cut chances were a premium for the away side in the opening stages. Jamal Lowe's curling shot from distance failed to trouble County goalkeeper Towsend, who watched the effort sail past the post.

The Exiles went close to doubling their lead and it was Haynes - the man who setup the opening goal - who was at the centre of the move. The defender drifted inside from the left flank and fired a right-footed effort towards goal which forced Woodman into makng another low save.

Abrahams continued to cause the away side's defence problems and nearly doubled his tally when he found space in the Swans' penalty area before his effort was diverted behind for a corner. Two Exiles set-pieces followed in quick succesion and the second saw Haynes, who was afforded plenty of time on the edge of the area, fire his effort over the crossbar.

County were good value for their lead and extended their advantage on the stroke of half-time. After Matty Dolan's well-timed challenge denied Andre Ayew in the penalty area, the home side raced down the opposite end with Abrahams going toe-to-toe with Woodman to reach the pass forward. The Swansea shot-stopper looked to fire to safety but saw his attempted clearance rebound off Abrahams, allowing the striker to slot the ball into an empty net before the break.

Towsend had enjoyed a quiet opening 45 minutes but had to be alert to two efforts from the visitors in the early stages of the second half. The goalkeeper made a strong save to deny Wayne Routledge from finding the top corner before Morgan Gibbs-White shot narrowly wide of the post.

But the Exiles enjoyed two efforts of their own through Twine after he tried his luck with a fierce shot from distance, which sailed past the post. Abrahams, looking to secure his hat-trick, then broke through the Swans' defence and curled a low effort at Woodman.

Swansea thought they had reduced the deficit when Routledge tucked the ball past Towsend, only for the celebrations to be cut short when the linesman raised his flag for offside.

The away side continued to apply the pressure as they looked for a route back into the game, as captain Matt Grimes saw his effort cannon off the outside post and sail behind for a goal-kick.

But County did enough to withstand late pressure from the visitors and secured a place in the hat for the second round of the competition. 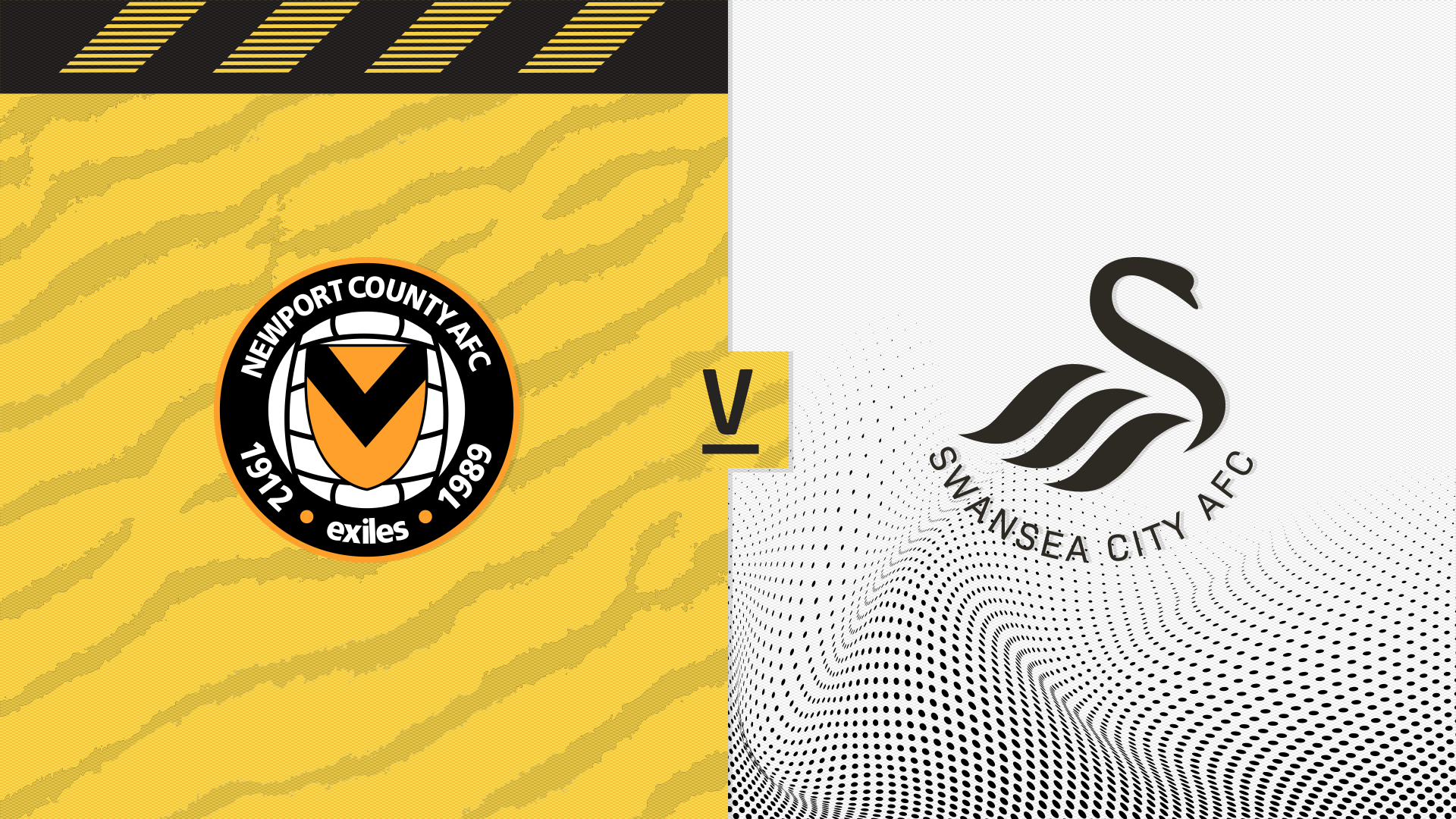 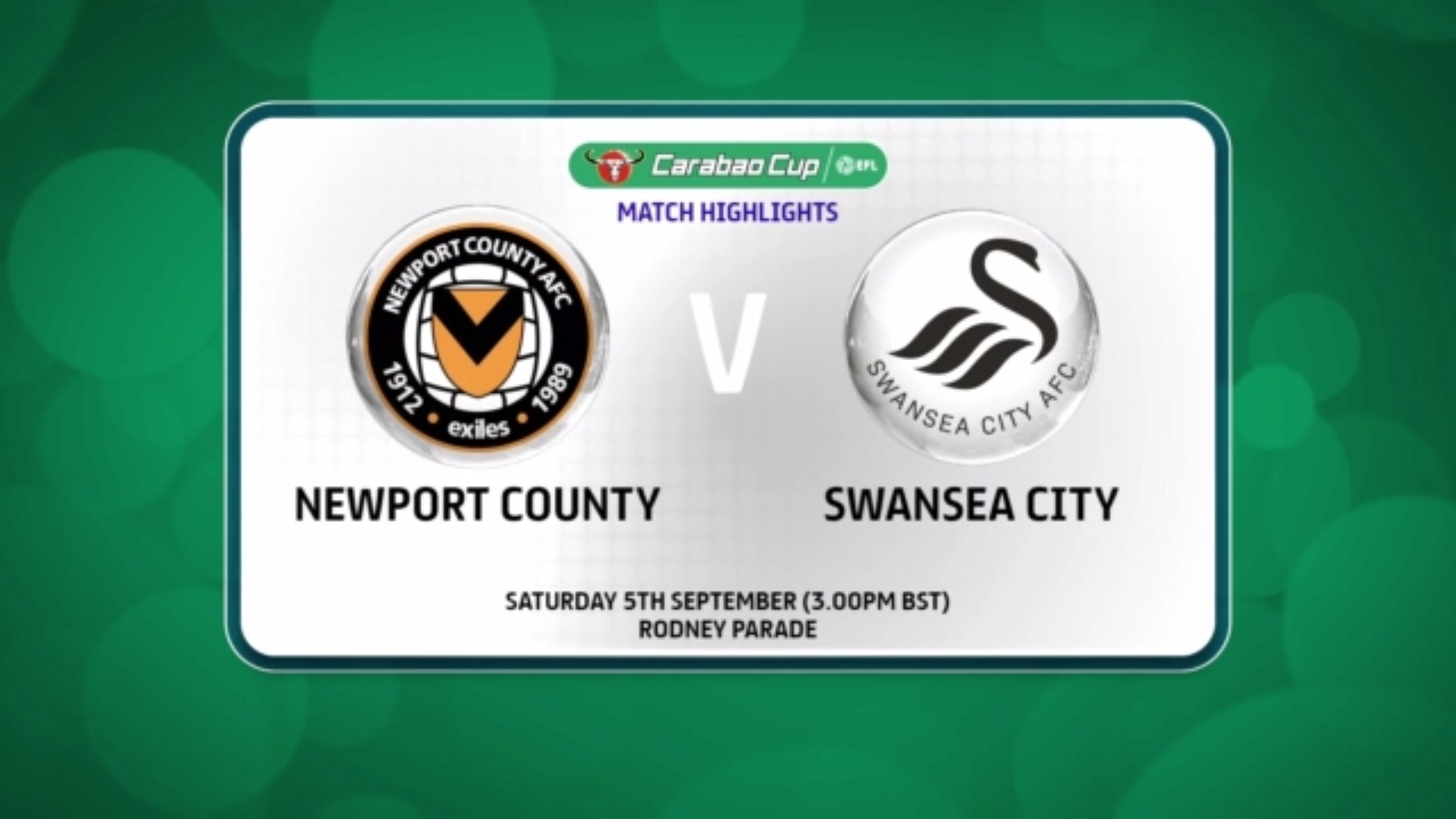 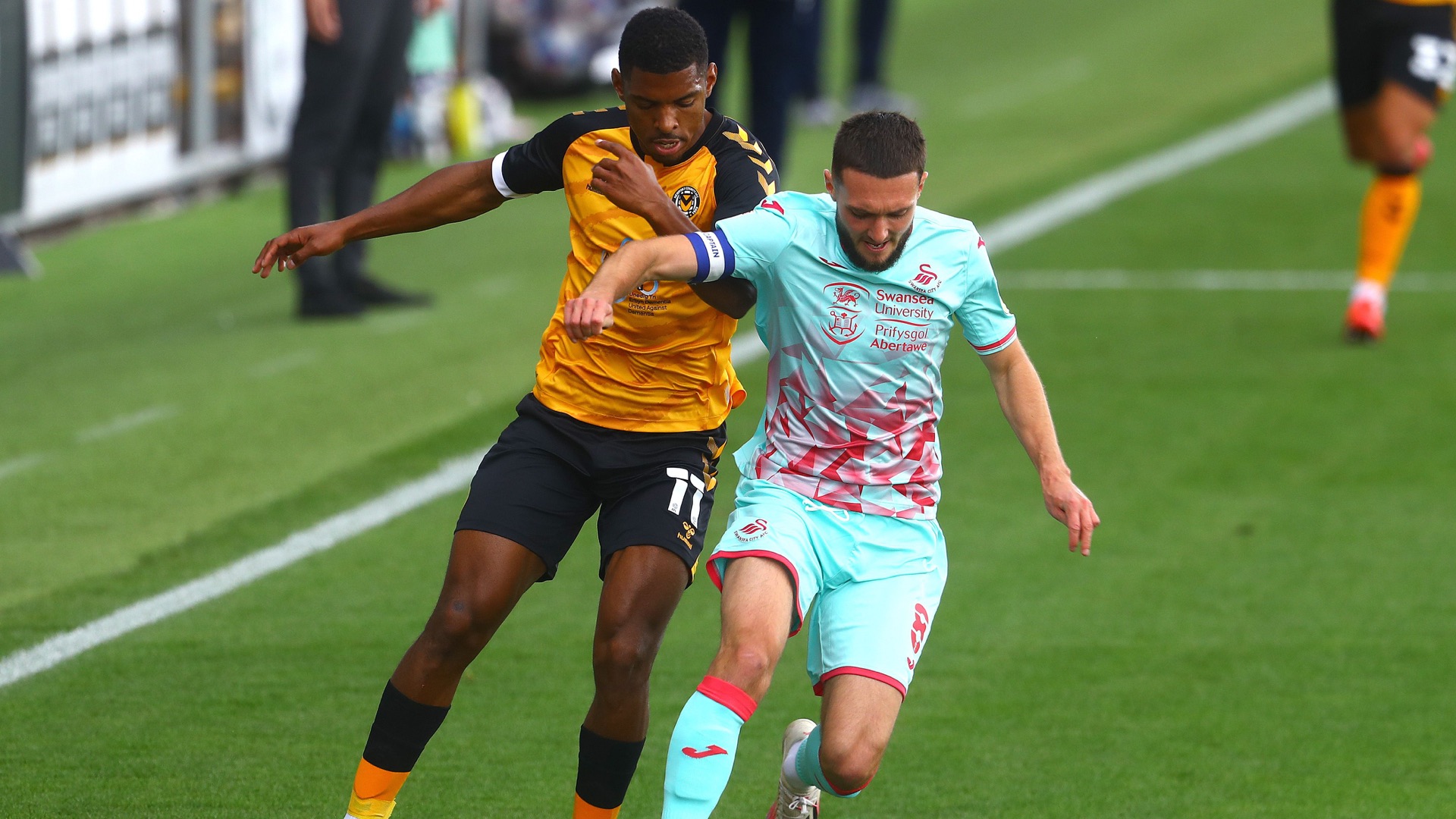