County secured their first league win on home soil last time out, while Barrow earned a 1-1 draw with Bradford City, ensuring the sides are separated by two points ahead of the fixture.

They have two wins so far - the first came in a 3-2 victory against Hartlepool before they saw off Oldham Athletic with a convincing 3-0 scoreline at Boundary Park.

The Bluebirds are searching for their first win in three games after two defeats and a draw in their past few fixtures.

Newport striker Courtney Baker-Richardson, who was on the books at Barrow last season, made his first appearance for the Exiles against Walsall last time out and could make his first start on Friday after recovering from a pre-season injury.

Michael Flynn will be without Scot Bennett and Courtney Senior, who are both sidelined through injury.

ONE TO WATCH - OLLIE BANKS

Midfielder Ollie Banks has been on red hot form in recent weeks for the Bluebirds, with four goals in his last five matches.

The 28-year-old has found the net against Bristol Rovers, Oldham Athletic and Colchester United, and also grabbed a goal against Accrington Stanley in the Papa John’s Trophy.

Banks joined the Bluebirds from Tranmere and has also had spells at Swindon Town, Oldham Athletic and Northampton Town.

IN THE HOT SEAT - MARK COOPER

Mark Cooper was announced as Barrow manager in May, succeeding Rob Kelly.

The 52-year-old had been in charge at Forest Green prior to his arrival at Holker Street, and also spent time as manager of Notts County and Swindon Town.

It was County who took the lead through Scot Bennett on the stroke of half-time, but second-half goals from Scott Quigley and Jamie Devitt saw Barrow claim all three points at Holker Street.

Barrow completed a second-half turnaround to condemn Newport County AFC to a 2-1 defeat at Holker Street.

Finn Azaz pounced on an early error and chalked up his first County goal since his arrival on loan from Aston Villa to put the away side in the driving seat in the opening stages.

Courtney Baker-Richardson could have given the Exiles breathing space against his former side before the break but saw his shot expertly kept out by goalkeeper Paul Farman.

Josh Kay found the leveller for Barrow just after the hour mark and Josh Gordon struck a stunning curling effort with 12 minutes left on the clock to ensure County left Cumbria empty-handed.

Michael Flynn made four changes from the Exiles’ 2-1 victory over Walsall, with Ryan Haynes, Robbie Willmott, Azaz and Baker-Richardson - who was handed his first start for County - brought into the starting line up.

The Exiles applied the early pressure and enjoyed a string of corners, with Alex Fisher enjoying the best of the chances when he connected with Willmott’s corner but headed over the crossbar.

Flynn praised boss Mark Cooper for his side's style of football ahead of the fixture and it was clear to see Barrow's approach in the opening stages.

But they were punished for playing out from the back as the Exiles capitalised on an error at the back inside the 10th minute. Farman gifted possession away to the possession and Fisher slipped the ball into the path of Azaz, who slotted the ball underneath Farman to put County ahead.

Barrow responded after the restart by enjoying two opportunities down the opposite end. First, Patrick Brough fired towards goal but saw his effort bravely blocked by Cameron Norman. Joe Grayson’s corner then picked out an unmarked Jordan Stevens, who should’ve hit the target but blazed over the crossbar.

Ozzy Zanzala and Josh Gordon combined to set up another chance for the hosts, but the latter fired wide of the target after turning well inside the penalty area.

Baker-Richardson thought he had doubled County’s lead on the stroke of half-time when he met Willmott’s corner, only to see his volley superbly denied by Farman.

And Farman’s opposite number Townsend produced a fine save of his own before the interval as he pushed Robbie Gotts’ effort to safety, ensuring the Exiles kept their lead intact at the break.

County would have been frustrated to only be leading by one at the interval, although they carved out another chance to add their second six minutes into the second half. Willmott was the creator as he threaded a ball to Baker-Richardson, who got the better of Ollie Banks before being thwarted by Farman.

The visitors had Townsend to thank for keeping out Kay's low strike on the hour mark but they continued to pile on the pressure and the midfielder finally broke County's resistance three minutes later. Gordon and Stevens linked on the right of the Exiles' penalty area before the ball fell to Kay, who fired past Townsend from the edge of the area.

Barrow were on top and completed the turnaround with 12 minutes left on the clock as Gordon cut inside on his right foot and curled beyond a stunning shot into the top corner to condemn County to defeat.

Tickets for the fixture will be available to purchase online via Barrow's website.

Wheelchair and carer tickets need to be booked directly through Barrow's ticket office on 01229 666 010 or by emailing office@barrowafc.com. 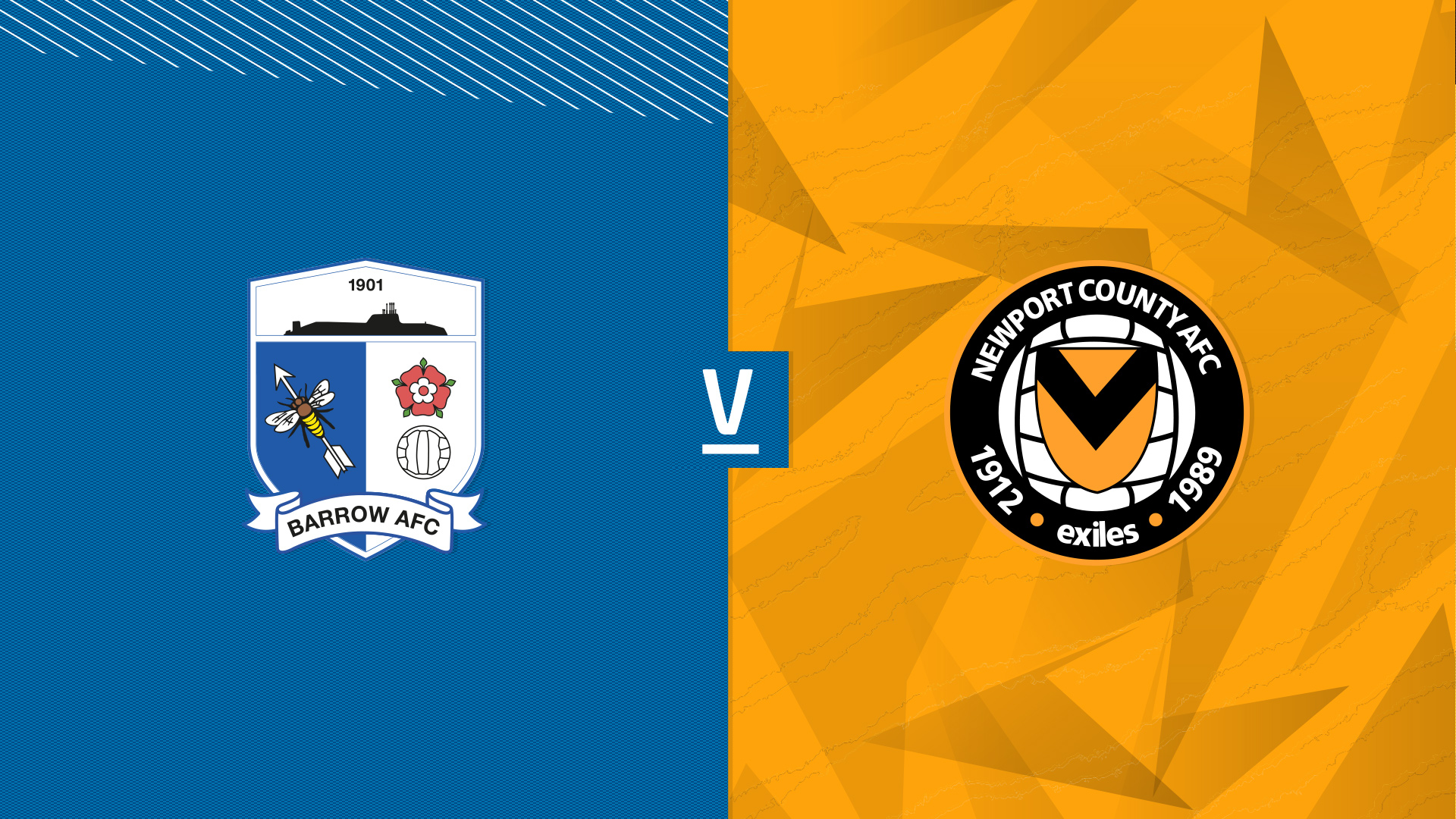 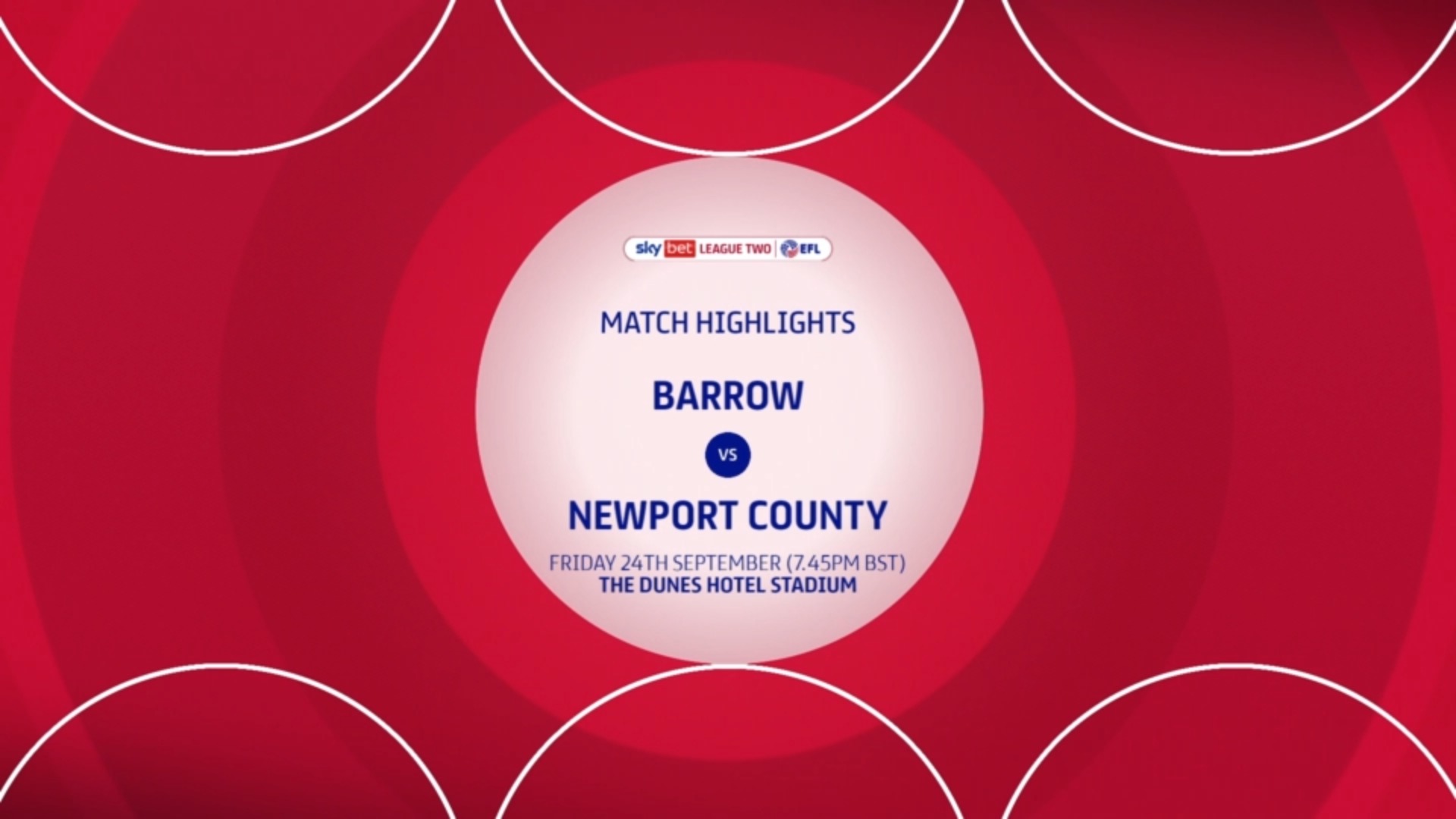 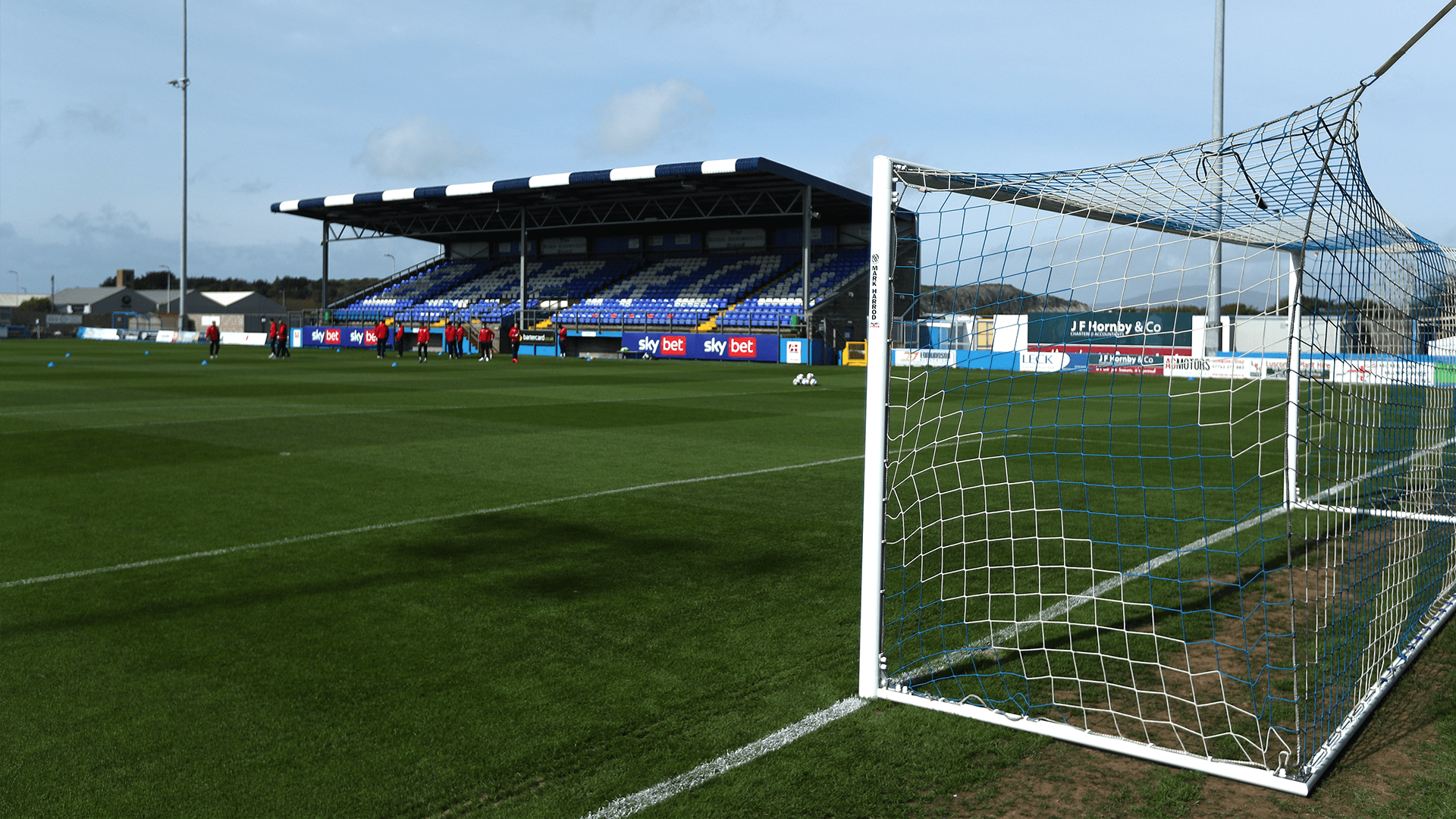