Heavy machinery and teams of builders moved on to the site on Tuesday 4th July as the planning stages of the work concluded, work began on Wednesday the 6th July ripping up the pitch back to it’s soil base.

In a statement, the WRU promised that ‘Flooding would be a thing of the past’ and that the Rodney Parade pitch will be ’Stable and consistent’. Music to the ears of Newport County fans everywhere. 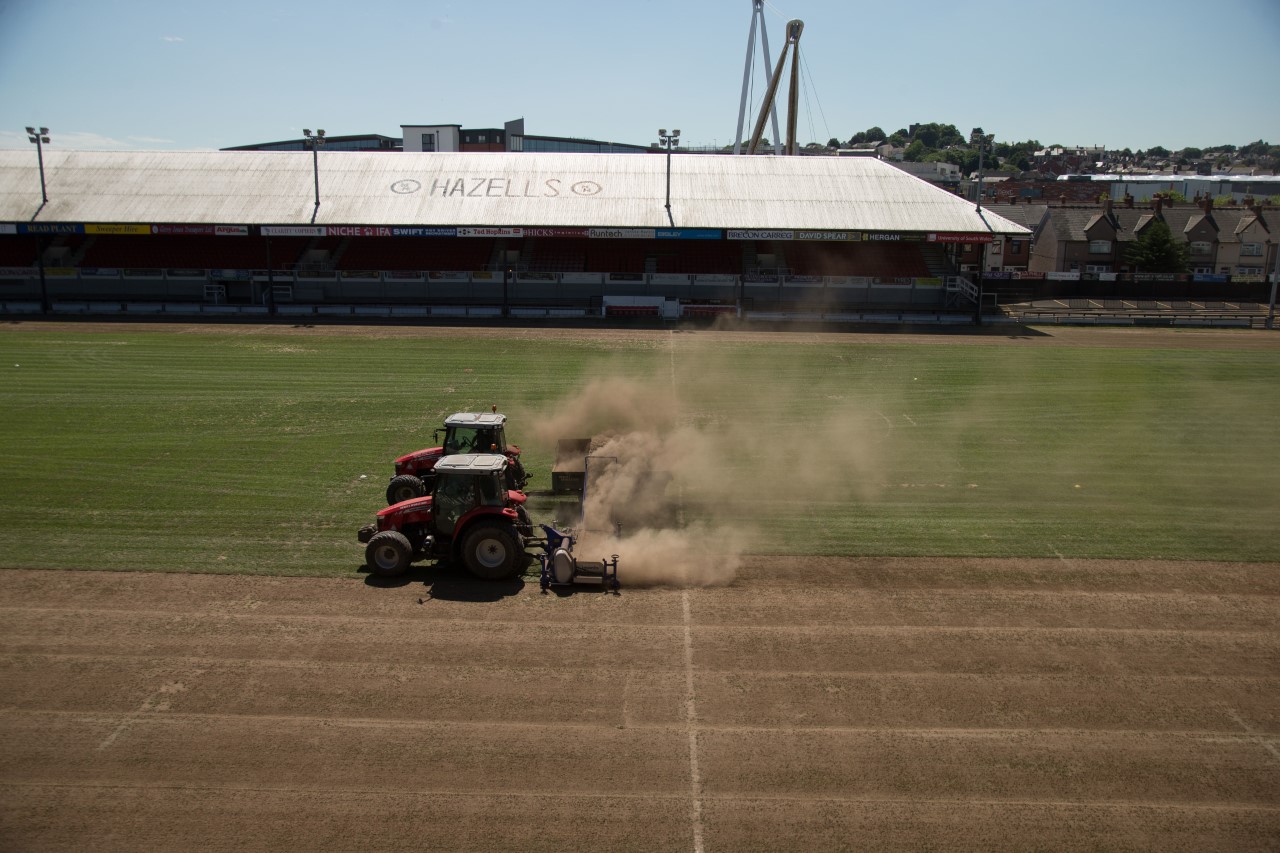 As previously announced, The Exiles will be playing their first three Football League fixtures away from home as well as the Carabao Cup game to Southend United to allow for the work to be completed by the end of August, in time for our home fixture on the 26th August, when we host Chesterfield.

Get your 2017/18 Season Tickets so you can support the Exiles on Parade for County’s first home fixture on the 26th August.

GET YOUR SEASON TICKETS HERE