County head to Swindon Town on Saturday for what will be the first league meeting between the two sides for 30 years. The Robins are looking to bounce straight back to League 1 after relegation last season, and have made a strong start to the campaign already. 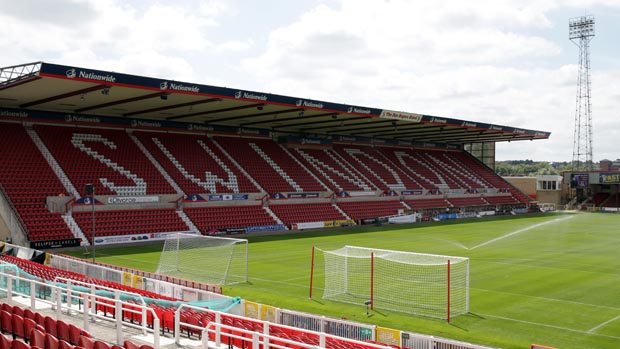 Swindon Town have picked up 10 points from the last 18 available after a run of three wins, one draw and two defeats from their previous six matches.

A defeat actually starts that run with the Robins suffering a fourth home defeat of the season as Lincoln City won 1-0 at the County Ground. Sean Raggett scored an 83rd minute winner on that occasion for the Imps.

They made up for that in their next home game, however, as a Harry Smith volley saw them to a 1-0 victory over Wycombe Wanderers.

And the Robins made it back-to-back wins with a stunning 3-0 victory at in-from Port Vale. Matt Taylor, Paul Mullin and Keshi Anderson all scored in the second-half to secure all three points.

But they almost lost another home game to bottom of the table Chesterfield in Wiltshire, there blushes spared by a 96th minute penalty from Luke Norris to secure a 2-2 draw with the Spireites.

The Robins scored another goal at the death in their next match, this time a match-winner in the 2-1 victory at Yeovil Town. Anderson was the man to get that late winner, after Kellan Gordon had earlier cancelled out an effort from Rhys Browne.

But in their most recent league game, it was Swindon’s turn to concede a late goal. That came in the 3-2 defeat at Grimsby on Tuesday as ex-Exile Mitch Rose bagged an 86th minute winner.

That saw the Robins stay in 5th place ahead of our encounter, just five points and five places about County.

The Robins have several injury concerns ahead of our encounter.

Derby loanee Timi Elsnick has been ruled out for a month with a muscular injury, while Donal McDermott is also facing a lengthy spell on the side-lines with ankle ligament damage.

Both Luke Norris and goalkeeper Lawrence Vigouroux pulled up in the warm-up of the Grimsby Town game and are unexpected to be available.

All those injuries meant Flitcroft could only name four substitutes against Grimsby. He set his side up in a 4-2-3-1 system and made two changes from the draw with Chesterfield.

One to Watch – Keshi Anderson 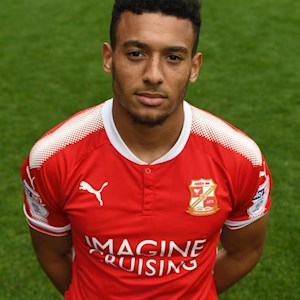 Anderson has settled well into his six-month loan deal with the Robins and has four goals already this campaign.

He has two goals at the County Ground already this campaign, against Stevenage and Cambridge – while the striker has scored in his last two away appearances at Yeovil and Grimsby.

It is the 22-year old’s fourth loan spell during his career from parent club Crystal Palace.

His move to the Eagles came after a productive time with Barton Rovers, where he scored 32 goals in 53 appearances.

Anderson has yet to feature for Crystal Place since joining in 2015 and his first loan spell came at Doncaster Rovers.

The striker got three goals in nine appearances at the Keepmoat Stadium and then went to Bolton Wanderers.

That was a less fruitful experience for Anderson, scoring just the one goal, and he only managed to find the net on three occasions whilst with Northampton Town.

All this sees Anderson scoring 11 goals from 50 professional appearances. 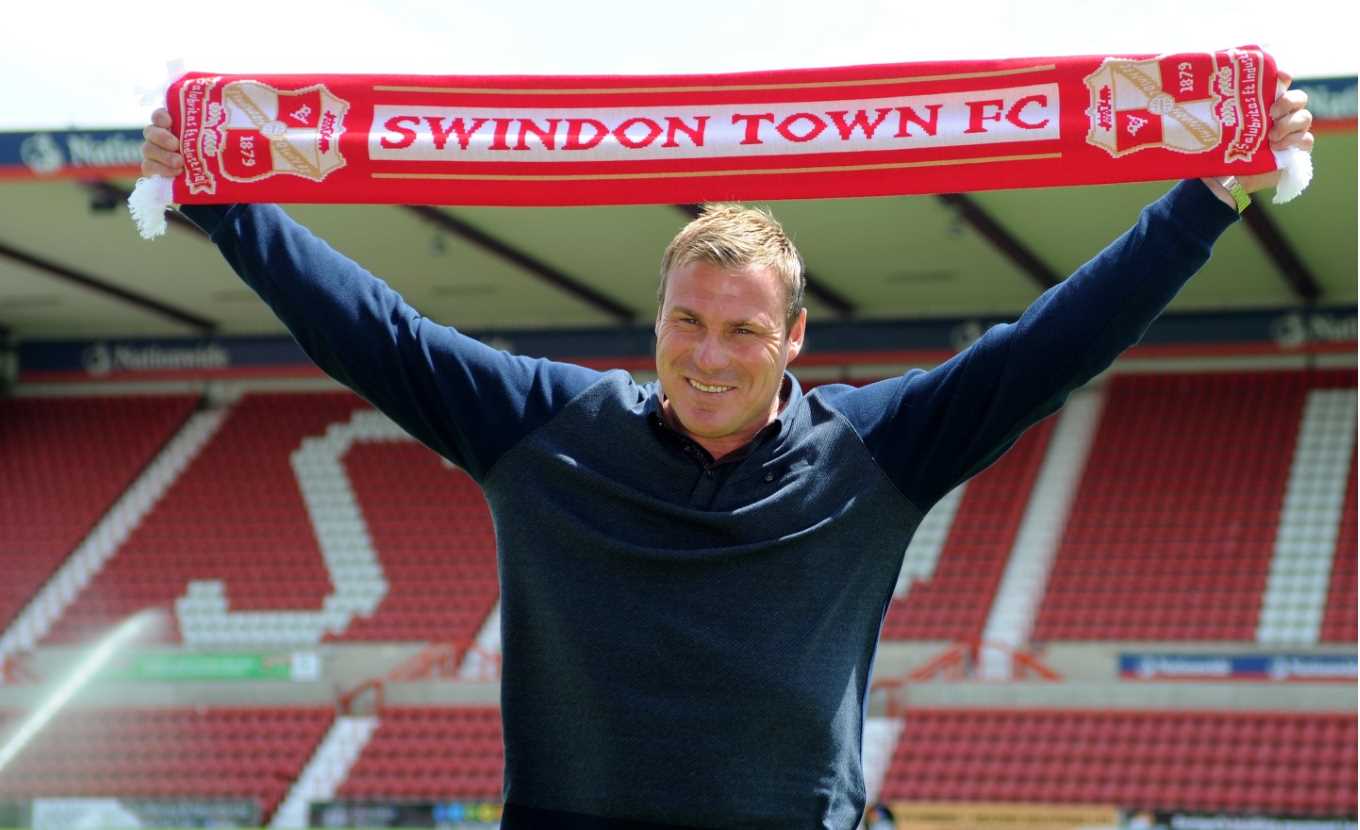 David Flitcroft took over for the start of the current campaign after previous manager Luke Williams left by mutual consent in May following the club’s relegation to League 2.

He has managed 24 games in all competitions thus far and currently has a win rate of 54.2%. That sees Flitcroft winning 13 of the 24 games, while there has been two draws and nine defeats.

It his third managerial stint to date, all of which have come in the Football League.

Flitcroft started out as a coach with Rochdale after his retirement, before following manager Keith Hill to Barnsley where he was appointed assistant manager.

Following Hill’s dismissal, Flitcroft was placed in temporary charge of the side, winning two of his three games.

That saw him take the job permanently on 29th December 2012, leading Barnsley to Championship safety on the final day of the season following an impressive run of form.

However, his first full season at the club didn’t quite match the campaign before and Flitcroft was relieved of his duties on 30th November 2013.

He took the job at League 2 Bury on 9th December that year, again saving a club from the face of relegation and up to 12th position.

Flitcroft then won his only managerial honour to date in the 2013/14 season, taking Bury to League 1 with a 1-0 victory over Tranmere Rovers on the final day.

That means Flitcroft managed against County three times whilst with the Shakers, with a win, draw and a defeat from the three games.

He stayed in the job until 16th November 2016 when he was dismissed after Bury had gone 11 games without a win, joining Swindon officially on 5th June this year.

Before turning to management, Flitcroft had a highly successful playing career spanning close to two decades.

He made 500 appearances in the Football League and the non-league, including making over 100 appearances at Chester City, Rochdale and Bury. He scored 28 goals and was a midfielder in his playing days. 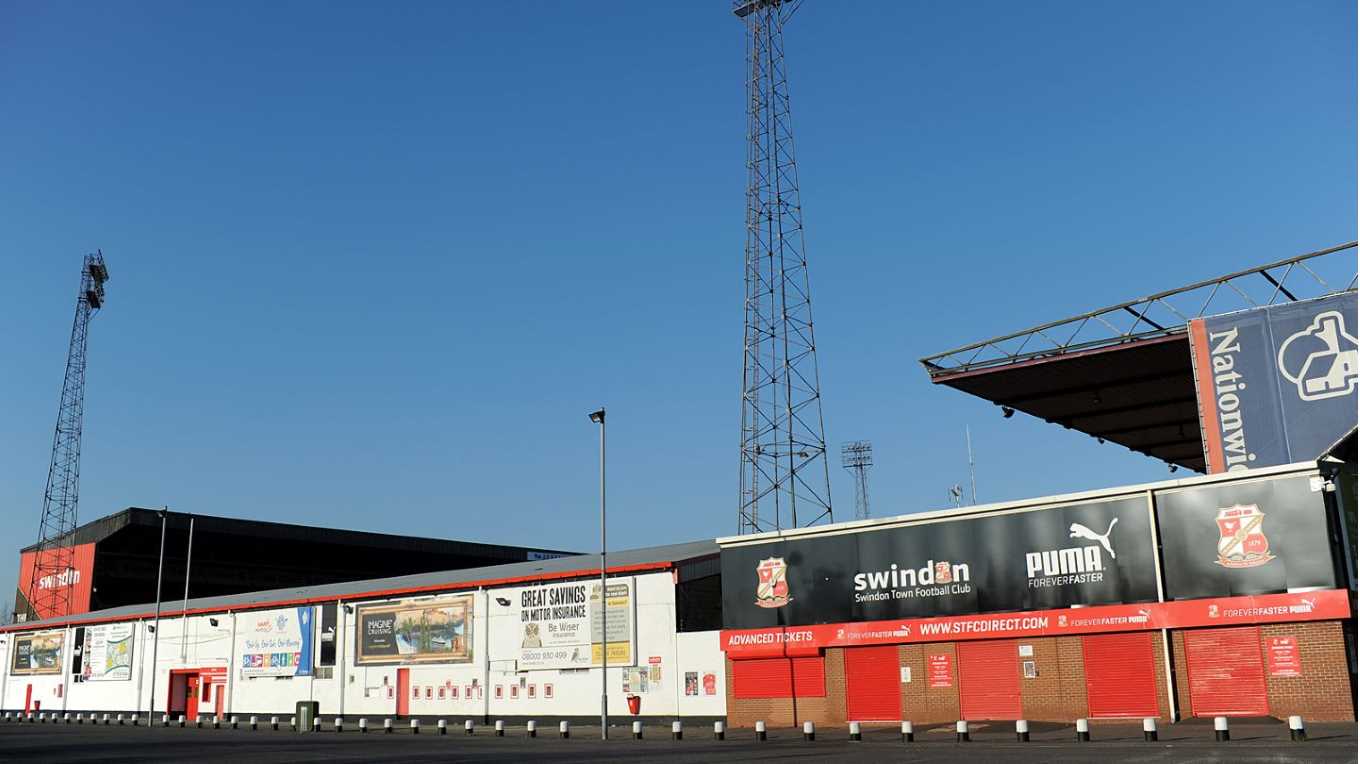 It has a capacity of just over 15,000, which has been the case since the 1970s when the stadium was transformed into an all seater stadium.

Away supporters are allocated the western corner of the Arkell’s stand on match-day, with 1,200 tickets available for away supporters. The Stratton Bank can also be used by away fans in the case of a large following.

This will be the first time that the Exiles have visited the County Ground since 25th January 1987. 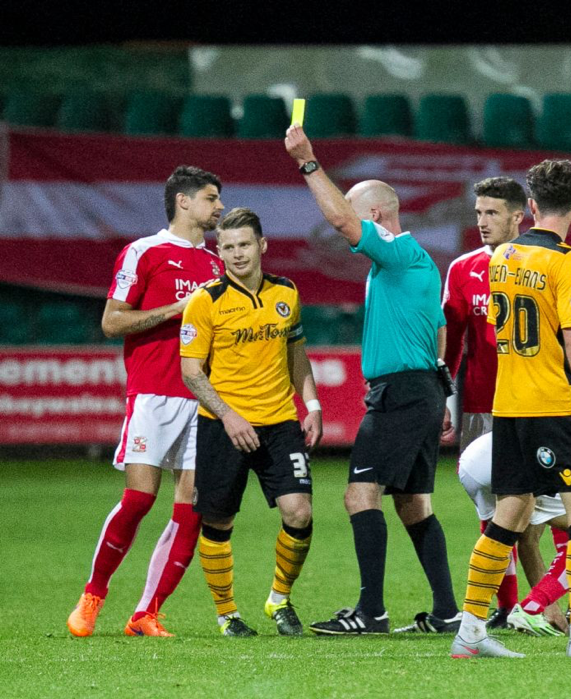 This match will be the 83rd competitive meeting between the two sides.

Swindon Town currently lead the head-to-head standings, with 38 prior victories. County have 24 victories of their own while there have been 20 draws.

The first meeting came nearly a century ago when Swindon secured a 1-0 away victory on 21st October 1920 in a Division 3 South game.

You have to wait just under a year to find County’s first win against the Robins, a 4-0 home victory on 15th October 1921.

Other notable results between the two sides come in the 1938/39 season. In those days, teams were sometimes made to play matches in back-to-back days against the same team and the results for this season make interesting reading.

On Boxing Day 1938, Swindon secured an 8-0 home victory before County made up for that defeat with a 6-4 triumph in South Wales just a day later.

Since County’s reformation, however, the two sides have only met competitively on two previous occasions – both coming in the Johnstone Paint Trophy.

In the 2014/15 season, the Robins won 2-1 in a first-round encounter. Yan Klukowski scored a consolation for County after goals from Jon Obika and Andy Williams had done the damage for the away side.

The two sides met again at the same stage a year later and Swindon won again.

This time it required penalties to send them through, 7-6 the final result in the shootout, after Aaron Collins had earlier cancelled out an Anton Rodgers opener with his first goal for the Exiles. 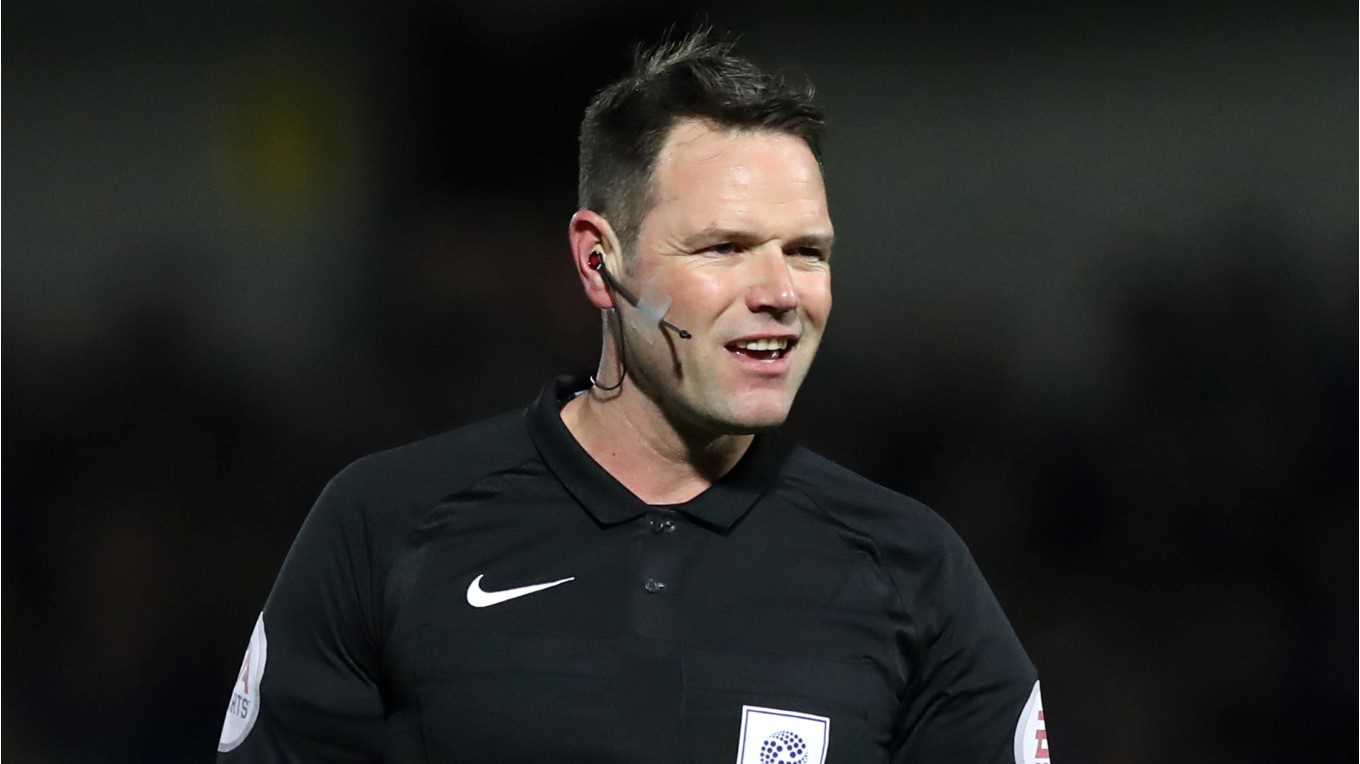 Linington is currently embarking on his 10th season as a Football League referee, with the majority of this time spent in the Championship.

That sees 13 of his 19 games officiated this season being in the second tier, of which his last game came on Tuesday in the nine-goal thriller between Sheffield United and Fulham at Bramall Lane.

He gave out seven yellow cards in that game, taking his season tally to 67 yellow cards and five red cards from the 19 games.

That follows on from his record in the 2016/17 season where he distributed 146 yellow cards and four red cards from 35 matches. 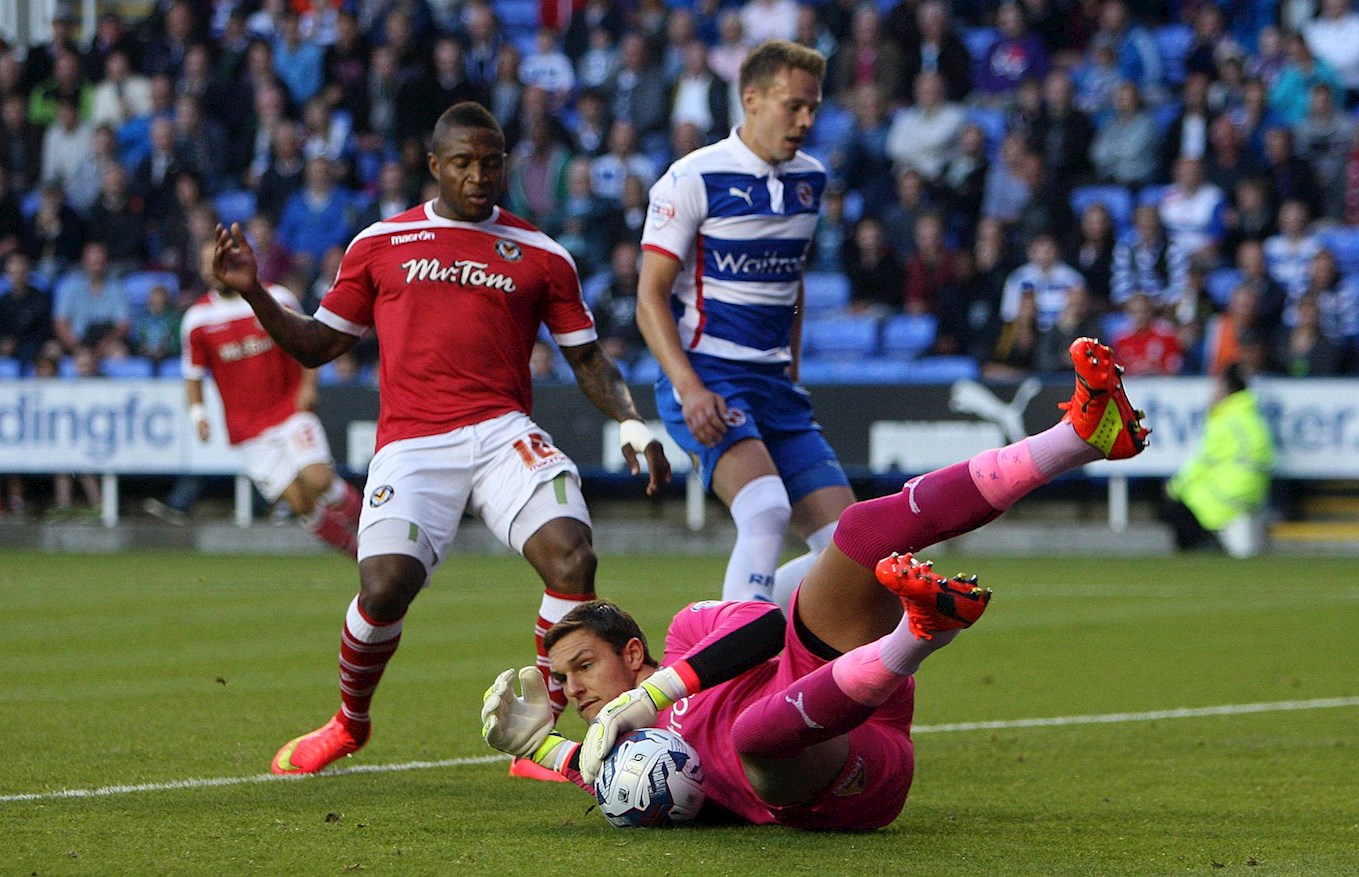 Linington has refereed three previous County games – one in the Capital One Cup and two in League 2. He is not one of the luckiest omens for the Exiles, however, as we have never won a game officiated by Linington.

His first game came in the 2013/14 season as County drew 0-0 at Southend United on Friday 31st January 2014. Lee Minshull was the only player booked from either side.

The other two games came just a season later, starting with the 3-1 defeat to Reading in the Capital One Cup. The goal from County on that occasion came thanks to Sean Jeffers, with Linington producing two yellow cards. Ryan Jackson and Kevin Feely were the offenders on that occasion.

Linington’s most recent County game came on Saturday 31st January 2015 as Shrewsbury Town won 1-0 at Rodney Parade. The visitors received a red card during the game, Keith Southern dismissed for a Shrewsbury team that contained a certain Mickey Demetriou. Lee Minshull and Miles Storey were booked for the Exiles.