Newport County AFC will be looking for their first win in six matches from all competitions when they entertain Forest Green Rovers at Rodney Parade on Saturday. The visitors will be looking to strengthen their hopes of maintaining their Football League status with just a third away victory in League 2 this season, while also trying to avenge County’s win at the New Lawn earlier this campaign.

The Green Devils are on a pretty good run of form ahead of their trip to South Wales, following three wins and three defeats from their last six matches.

Interestingly, that sees them winning all of their home matches over this spell of time, while losing all of the away games.

The run starts with one of the home wins as they secured a narrow 1-0 victory over Port Vale at the New Lawn on 6th January.

January addition Reuben Reid scored on his debut after joining from Exeter City for an undisclosed fee, a result that lifted Rovers out of the relegation zone at the time.

But they returned to the drop-zone in their next match, however, following a 1-0 defeat at play-off chasing Swindon Town.

Luke Norris netted the game’s only goal with 11 minutes remaining at the County Ground, sliding the ball home after a goalmouth scramble in the Rovers box following a quick counter-attack.

Then they returned to winning ways after prevailing in a seven-goal thriller at the New Lawn with a 5-2 triumph over Cambridge United.

Dayle Grubb scored his first goal for the club to level proceedings before half-time, with Doidge, Grubb and a goal on debut from Tahvon Campbell completing the victory for Rovers in the second-half.

But the Green Devils then suffered back to back defeats on the road to plunge them into the relegation zone once again.

In their last match, however, they ascended back out of the bottom two places in the League 2 table following a 2-1 victory over promotion chasers Coventry City.

Debutant Alex Bray gave Rovers a half-time lead with a reactive tap-in, before Marc McNulty levelled proceedings with a penalty on the hour-mark.

But Lee Collins’ rocket into the top corner gave the Gloucestershire outfit a much-needed win, curtailing Coventry’s bid for the automatic promotion places in the process while leaving themselves two points above the drop with 15 matches to play.

Interestingly, Forest Green Rovers will head to Rodney Parade with one of the worst away records in the entirety of League 2.

No side has picked up fewer points on the road this season, with the Green Devils only amassing nine points out of the 45 available so far this season.

They would sit 18th in the league based solely on their home form this campaign, hence why they are narrowly outside of the relegation zone before the trip to South Wales. 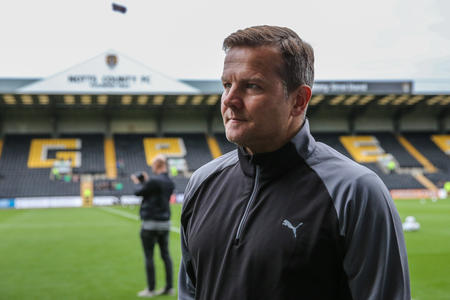 Rovers manager Mark Cooper looks to have a clean bill of health to choose from as he prepares to bring his side down to Rodney Parade.

Cooper brought in 10 new additions during the January transfer window to try and strengthen the sides chances of prolonging their stay in League 2 past just one season, although they did also let some players leave the club during that move.

Defender Scott Laird may not play the full game, however, as he was only able to play for an hour on his return following an injury layoff.

All this means Coper made just the one change for the Coventry game last weekend, as deadline-day signing Alex Bray came straight into the side in place of Dan Wishart.

One to Watch – Dayle Grubb 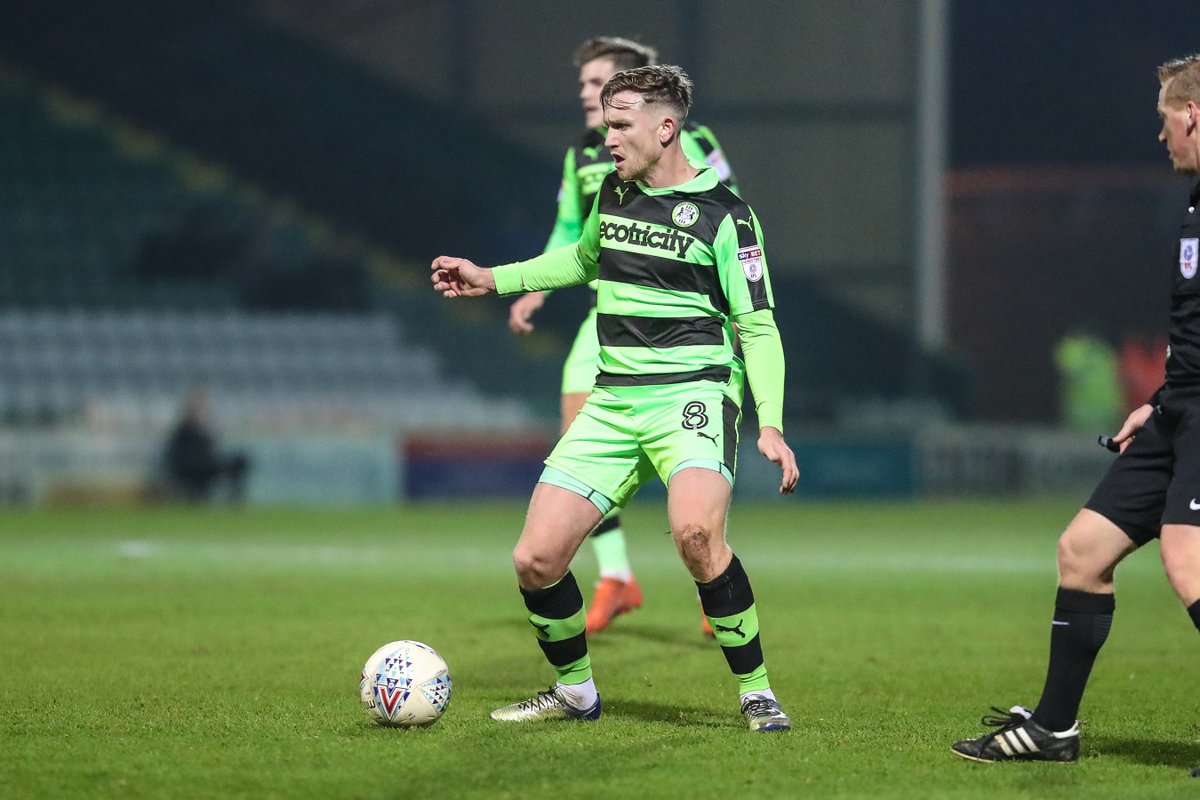 Dayle Grubb has arguably settled into life with the Gloucestershire outfit the best out of their 10 January additions following his undisclosed fee move to the club last month.

He has registered two goals already with the club from the seven games he has so far been involved with, those coming at crucial times in their vital victory over Cambridge United.

Interestingly, the Green Devils are his first professional club and only the second team of his career.

The 26-year old spent the last nine years with Weston-Super Mare after progressing through the youth ranks with the Seagulls and made his debut during the 2009/10 season in the Conference South.

Grubb’s entirety of his spell with the Somerset club was spent in the sixth tier of English football, where he scored 88 goals from 311 appearances as a midfielder.

That included an impressive 29 goals for the calendar year 2017, as Forest Green swooped in ahead of other EFL clubs to secure his signature on 5th December before the move was completed on the opening day of the window.

Grubb is also a qualified sports teacher, a role he twinned whilst playing part-time with Weston. 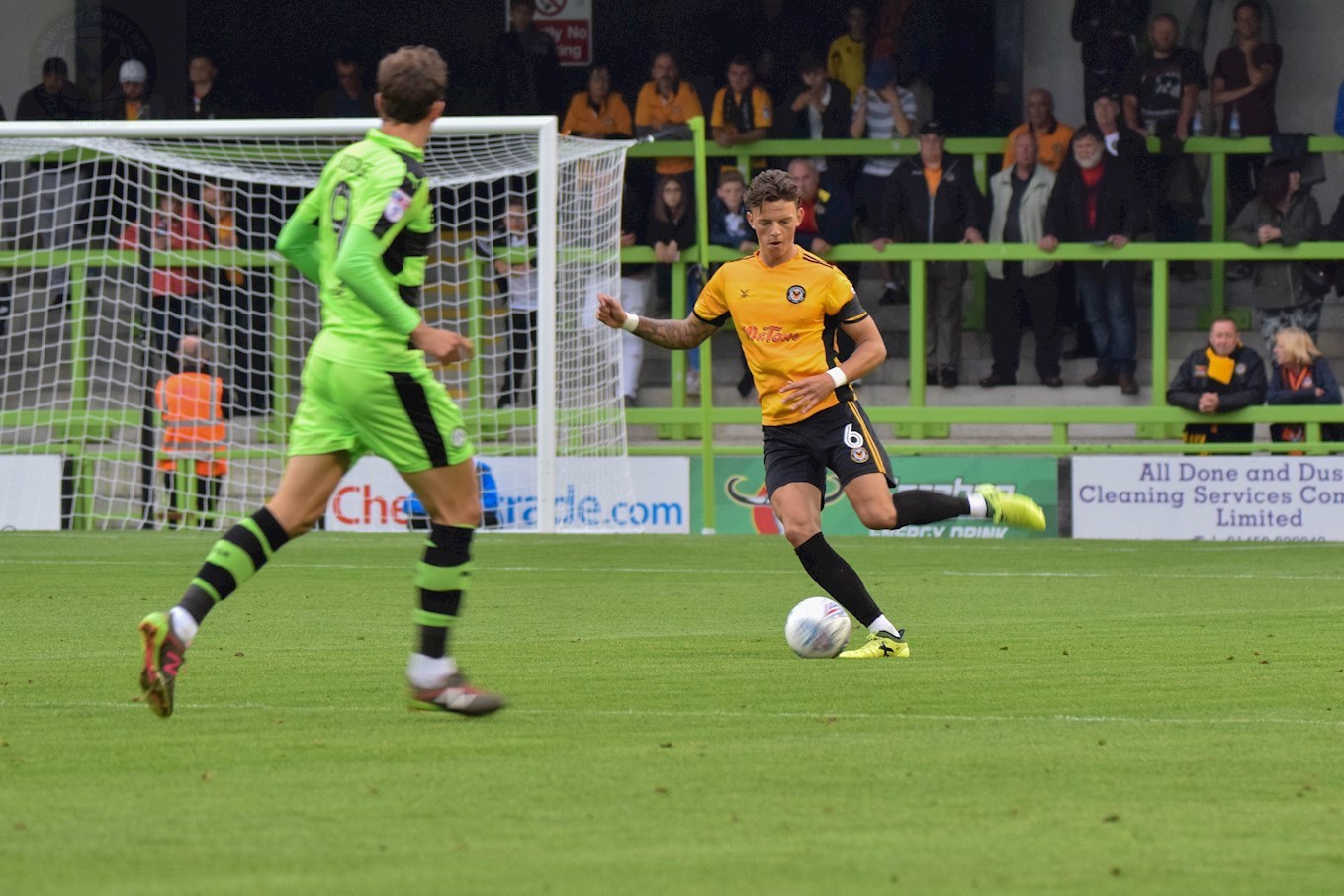 Padraig Amond bagged his first away goals in a County shirt with Scot Bennett and Shawn McCoulsky also scoring as the Exiles secured a superb 4-0 away victory at Forest Green Rovers.

Amond had both of his goals before half-time, the products of an extremely dominative County performance in the first-half.

The first came on the quarter-of-an-hour with another corner goal for the Exiles, Amond finishing cleverly from close range after Scot Bennett had headed back across goal from Matty Dolan’s delivery.

His second was a little easier and came on 40 minutes after superb work from his strike-partner Frank Nouble.

Mickey Demetriou launched a 40-yard pass into Nouble’s path outside the area and after skipping past two challenges through the Rovers defence, chipped the goalkeeper to allow Amond to tap home and send the Exiles back to the dressing rooms with a two-goal advantage.

Newport-born striker Christian Doidge provided the greatest resistance for Rovers during that first-half, forcing Joe Day into two smart saves with powerful headers either side of Amond’s opener.

But if anything, the Exiles started the second-half the more likely to extend their advantage.

More superb build-up play from County spanning at-least 15 passes almost got them another goal on the hour, although Matty Dolan couldn’t quite get the curl required for his shot to creep into the far post from just outside the area.

Then, when Rovers came in search of a way back into the game, the Exiles put the contest beyond question with goals in the 78th and 86th minutes.

First, Scot Bennett smashed home in the area after Rovers defender Mark Roberts failed to clear a long-throw from Ben Tozer, putting the Exiles into cruise control with the goal.

Shawn McCoulsky made the victory even more convincing with a late fourth, heading home unmarked from inside the area after Dan Butler had worked tirelessly to run down the left-hand side and provide the perfect cross.

Forest Green Rovers manager Mark Cooper added: “We worked on Newport’s dominance at set pieces and then two of our most senior players allow free headers for their first goal.I’ll take that on the chin but it’s disappointing after the last three games where we have played so well.It’s another defeat and one we fully deserved to lose today. 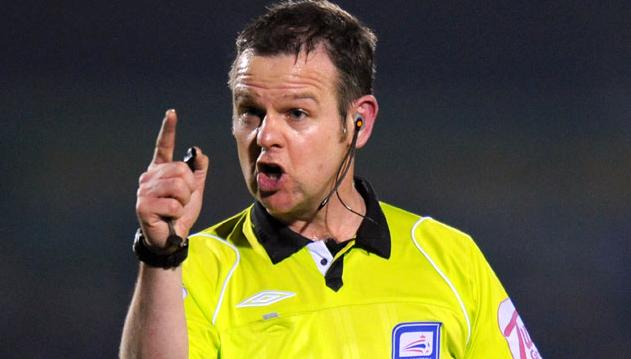 Sarginson is currently embarking on his 10th season as a Football League referee having been promoted from the National League at the start of the 2008/09 campaign.

He has refereed 30 matches thus far this campaign, the last of which came on Saturday as Walsall secured a 1-0 victory at home to MK Dons.

Sarginson didn’t give out a single booking in that fixture, meaning his record stands at 100 yellow cards and five red cards from the 30 matches. Three of those dismissals actually came in the same match, as Yeovil beat Stevenage 3-0 at Huish Park in October. 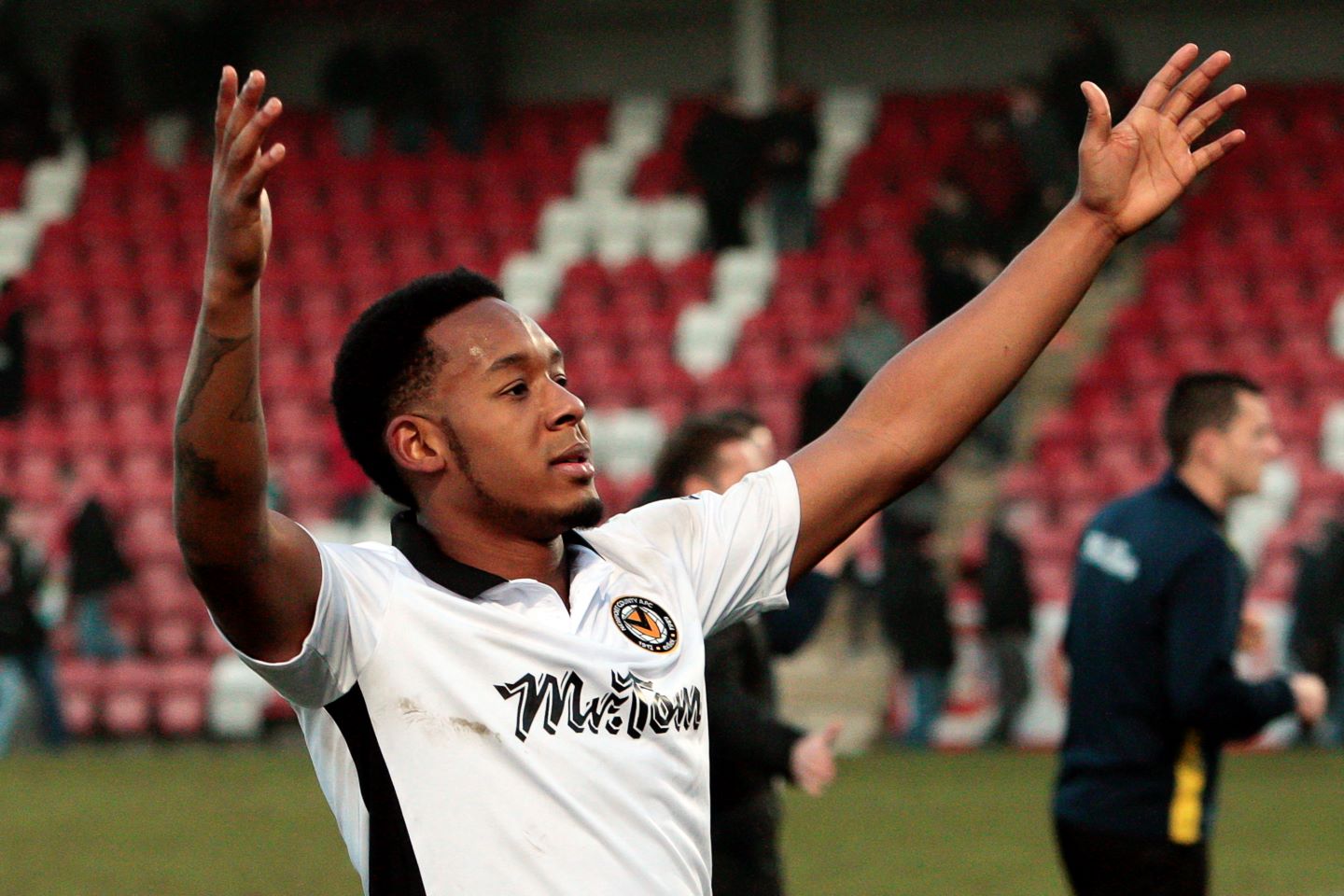 Sarginson has officiated County on eight previous occasions in both League 2 and the Emirates FA Cup. He is not one of the luckiest omens for the Exiles, however, as County have only won two of those previous matches.

He has already refereed Newport County AFC once this season and that game certainly wasn’t without its drama.

It was the Cambridge away tie on 16th December 2017 that Sarginson oversaw, a game that the Exiles won in the dying seconds through a goal from captain Joss Labadie.

Shawn McCoulsky had earlier put County in-front before a stunning 25-yard equaliser from Jevani Brown, while Ben White, Joss Labadie and Frank Nouble were all booked.

Sarginson only officiated one County game last season and that wasn’t without its dramatic finale either.

The date was 4th February 2017 and a Janaai Gordon goal deep into injury time in-front of over 800 County fans rescued a point in the 1-1 draw with Cheltenham Town. Gordon was also booked in that fixture.

Mark Byrne was the only player booked as County lost 1-0 to Northampton Town in the other game that season as the Cobblers all but sealed the League 2 title.

The first County games that Sarginson refereed was the first season in which the Exiles were back in the Football League.

Other League 2 fixtures that weekend (All 3pm Saturday unless stated)