Newport County AFC will be looking to reach the Third Round of the Emirates FA Cup for the fourth time in five seasons when they travel to Maldon & Tiptree FC on Friday night. The Exiles have made a name for themselves as the giantkillers of the competition in recent seasons, but the Jammers will be looking to take that crown on matchday as they are the lowest ranked side left in the competition.

How Maldon & Tiptree FC reached the Second Round

This is the first time in Maldon & Tiptree’s history that they have reached the Second Round of the Emirates FA Cup and they are now theoretically 90 minutes away from a potential money-spinner against a Premier League giant.

Amazingly, the Jammers have already played six matches in the competition to even get this far, beginning their cup adventure in the Preliminary Round on August 24th with a 2-1 success over Saffron Walden Town.

Histon (3-0), Wingate & Finchley (4-2), Chertsey Town (6-1) and Royston Town (3-1) were all conquered in the respective qualifying rounds, gifting them a First Round trip to Leyton Orient.

A herculean effort saw them stun a side 77 places above them in the English pyramid as goals from Danny Parish and Jorome Slew gave them the most prestigious victory in their history with a remarkable 2-1 success.

Read the match report and interviews from victory over Leyton Orient.

One to Watch – Jorome Slew 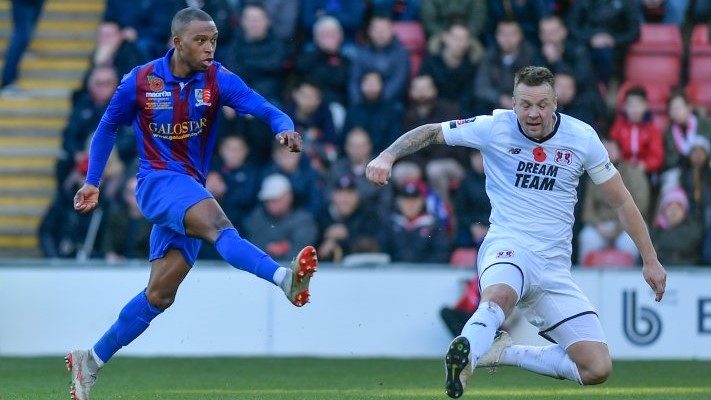 With fellow prolific goal scorer Danny Parish (17 goals) suspended having been sent off against Leyton Orient in the First Round, the attacking responsibility will likely fall upon Charlee Hughes and Jorome Slew on Friday.

Slew leads the way with 24 goals this season from as many appearances, including eight goals in this competition, scoring in all bar one of the fixtures he has played in this season’s Emirates FA Cup.

His goal in the First Round victory over Leyton Orient was that impressive it picked up 38% of the public vote, making it goal of the round. Watch it here. 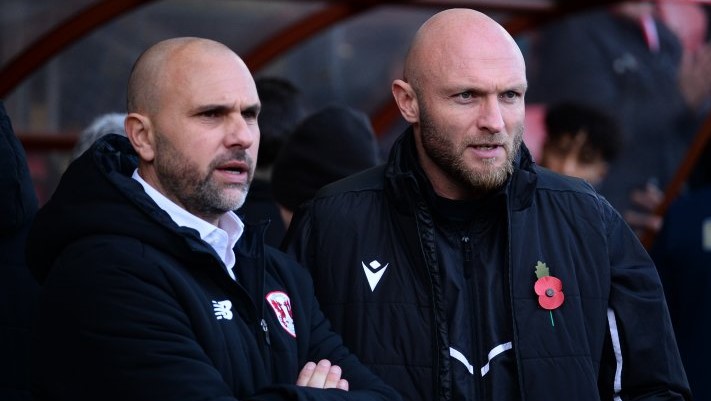 Currently embarking on his inaugural first-team management position, Maldon & Tiptree FC manager Wayne Brown is doing quite simply a phenomenal job after masterminding 22 victories out of 25 matches this season.

A former defender for clubs including Ipswich Town and Hull City, with whom he played in the Premier League, Brown started his post playing days in the coaching set-up at another former club Colchester United back in 2013.

He worked his way through the roles as U18s manager, U21s manager and even had a spell as caretaker manager of the first team before taking over at the Jammers in May 2018. 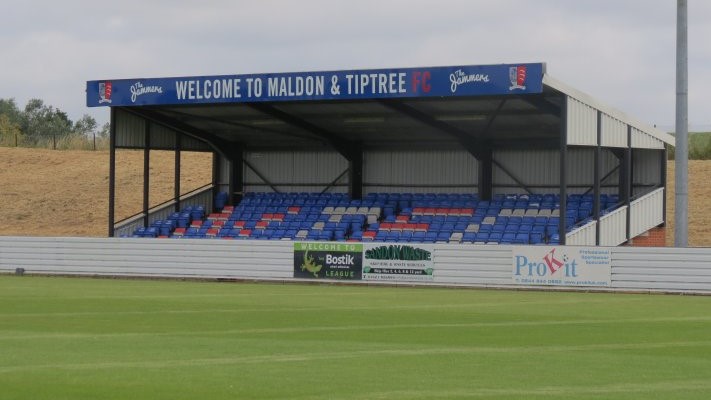 Almost definitely a new stadium to tick off the list for the hardy Newport County AFC fans travelling to Essex on Friday, The Wallace Binder Stadium is set to be a complete sell-out for the first time in its history during this fixture.

Maldon & Tiptree FC supporters have quickly snapped up all available home tickets, with County being allocated 250 tickets which are also expected to get close to capacity if not sell-out.

Mostly uncovered terracing, there is a small grandstand for home supporters at a stadium with a capacity close to 2,000.

Watch the following video for a tour of the stadium. 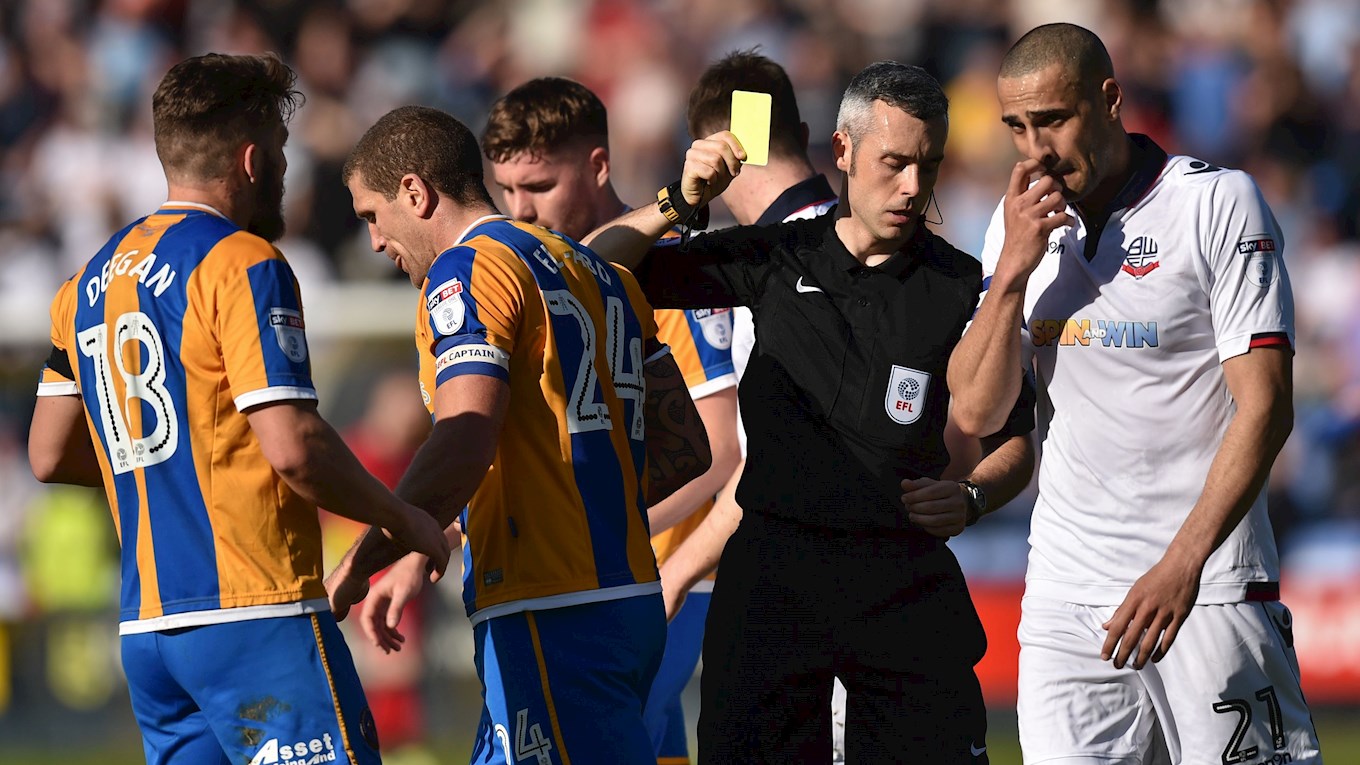 Stockbridge is currently embarking on his seventh full season as a Football League referee having first taken charge of a League Two fixture on August 3rd 2013 as Fleetwood Town secured a home victory over Dagenham & Redbridge.

He has presided over 17 matches thus far this campaign, brandishing 57 yellow cards and four red cards, last taking charge of a fixture on Saturday as Carlisle United and Cambridge United played out a 0-0 draw.

Those statistics follow on from refereeing 36 games last year, a season in which Stockbridge awarded 108 yellow cards and three red cards throughout the entirety of the 2018/19 campaign. 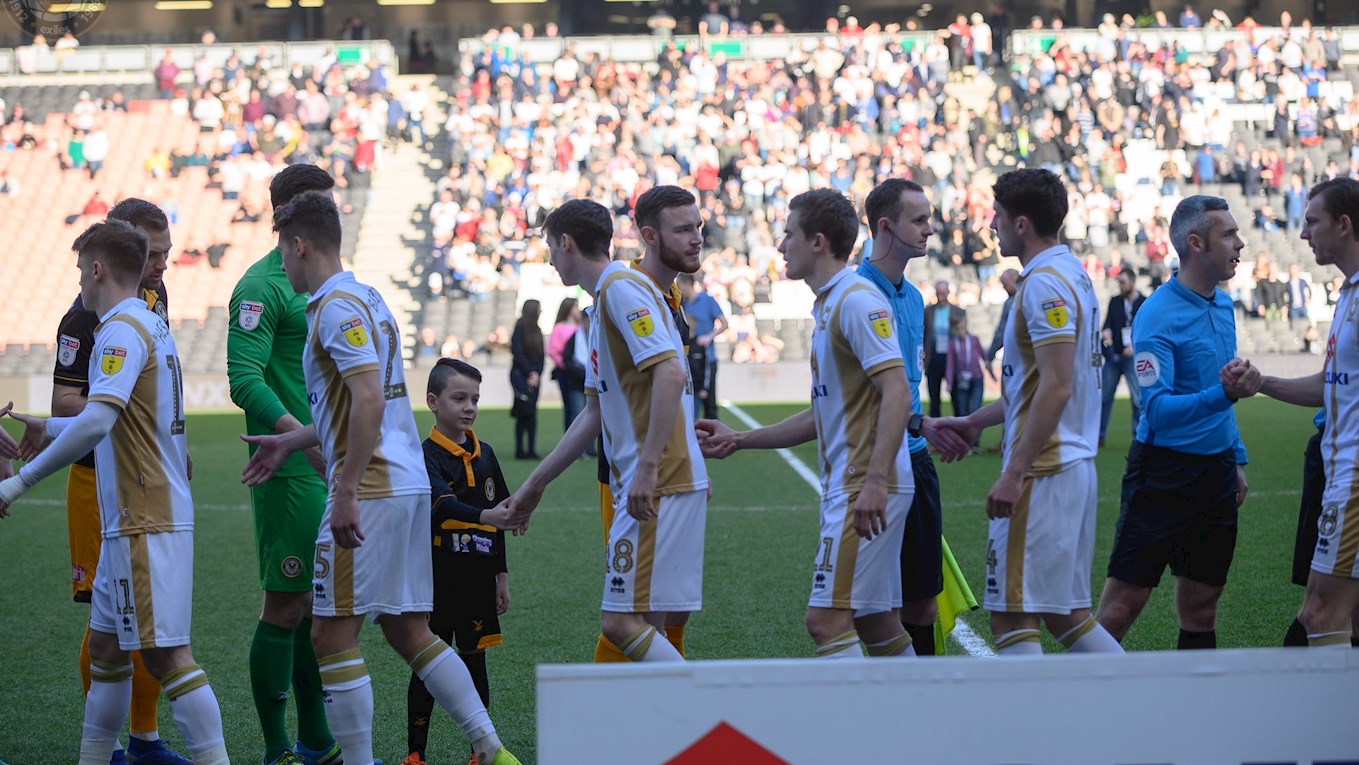 Stockbridge has officiated a match involving Newport County AFC on four previous occasions across League Two and the Conference. The Exiles will be desperate to improve upon their prior record, having won only once and lost the other three of the previous fixtures.

He took charge of one County fixture last season as MK Dons secured a 2-0 home victory on February 23rd. No County players were booked, which was also the case during the 2-0 defeat to Accrington Stanley on March 28th 2016.

Lee Minshull saw a yellow card brandished in his direction on August 16th 2014 as County threw away a two-goal advantage to suffer a 3-2 defeat at Morecambe. Minshull was booked again, this time alongside Will Evans, when County secured a 2-0 away victory at Southport on March 26th 2013, the promotion season.

As the game is a cup match, no live showing of this fixture will occur on iFollow Exiles, but the game will be live on BBC Two from 19:30pm.

Commentary of the game by Tim Thraves can also be found at the iFollow Exiles Match Centre from 19:40pm.