Newport County AFC will be looking to put midweek penalty heartbreak behind them when they take on Play-Off chasing Bradford City at Rodney Parade. This will be just the second meeting of the sides after their meeting earlier in the season at Valley Parade. 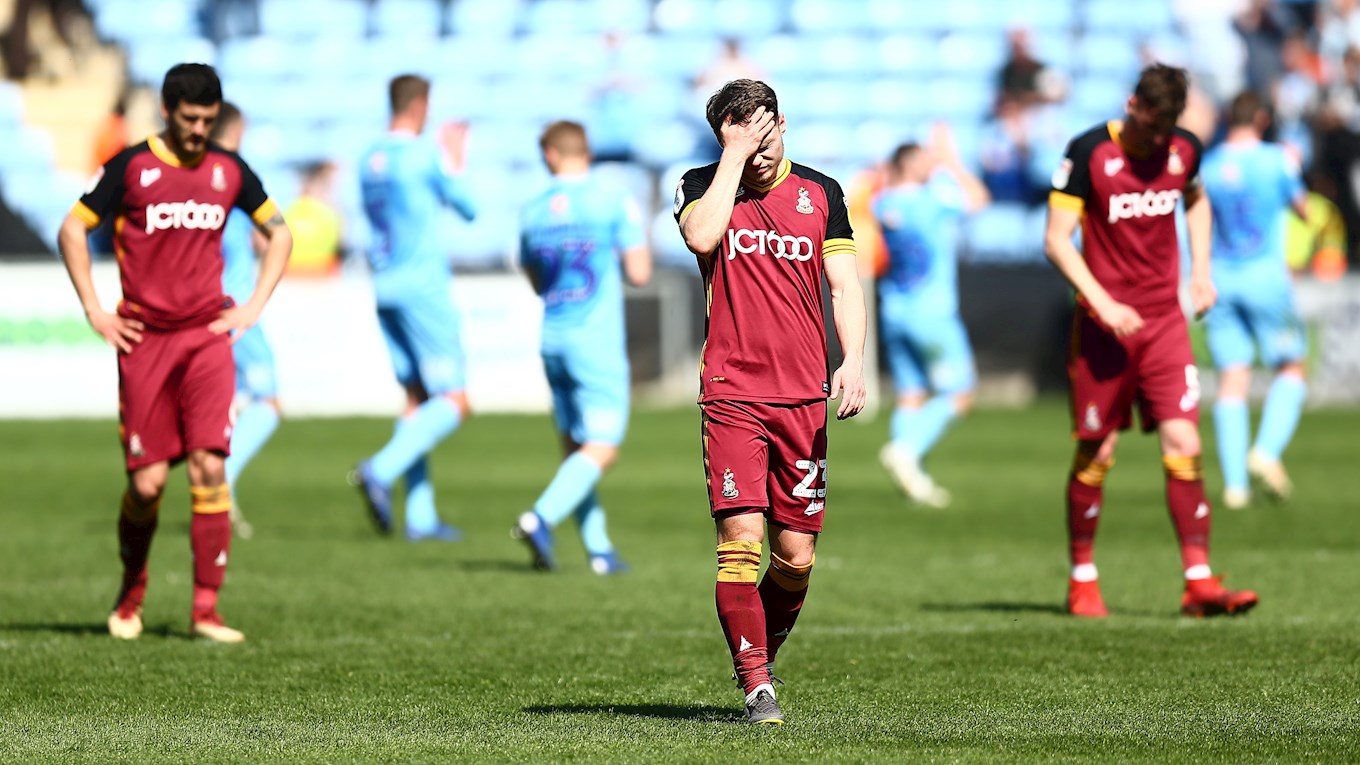 Bradford City currently sit in ninth place in the League Two table and are just three points off the Play-Off places, after their relegation from League One last season.

Despite this, the Bantams have seen many changes over the course of this season. Gary Bowyer was replaced by Stuart McCall as manager in February, and they have also lost their top scorer James Vaughan to League One Tranmere.

City are coming off the back of a tough 2-1 loss to Cambridge after a late Harvey Knibbs goal in injury time. 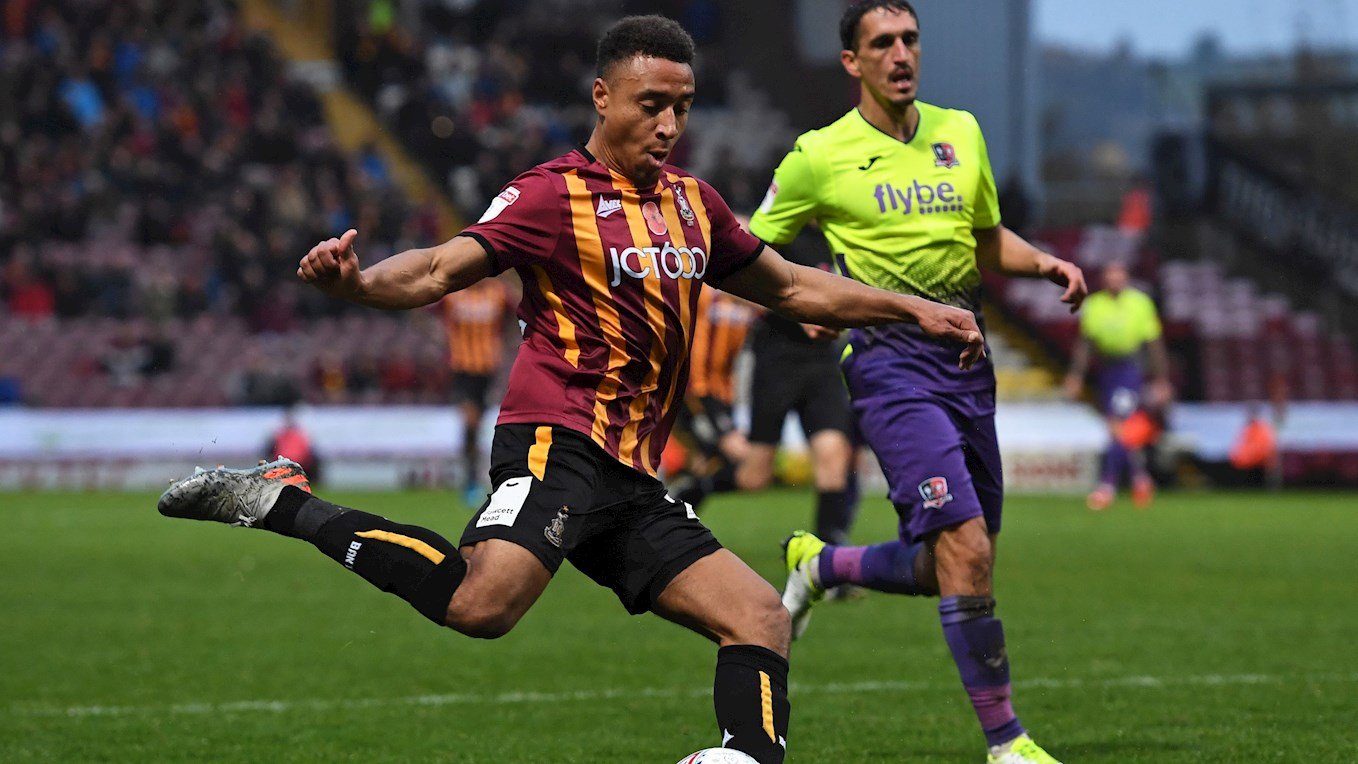 Bradford look to have no fresh injury concerns ahead of Saturday's fixture. Glenn Middleton made his debut for the Bantams last week and looks set to keep his place in the squad.

County’s well documented injury woes go on, with several first team members unavailable. Ryan Haynes left the pitch early in the week, meaning Michael Flynn looks to again have to deal with a lack of defenders.

Otis Khan should come back into the squad after being unavailable against his parent club Mansfield Town last week.

One to Watch – Lee Novak 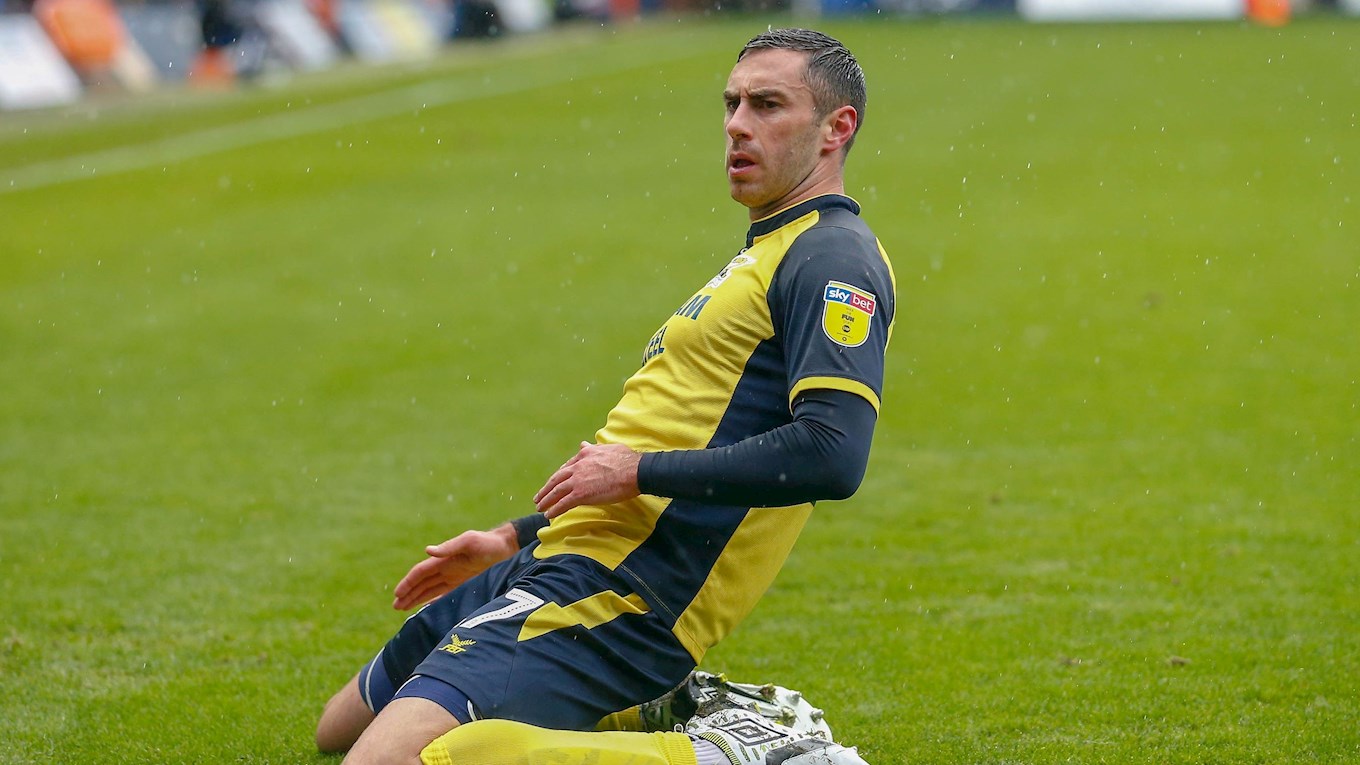 Lee Novak was brought in by Bradford on the January deadline day to replace top scorer James Vaughan, who departed to Tranmere Rovers.

Since joining the Bantams, Novak has played three games and scored in his first two outings. The striker scored in a 1-1 draw with Grimsby and a 3-1 victory against Stevenage.

Novak is an established Football League striker, with 144 appearances for Huddersfield Town, and spells at Birmingham, Charlton and Scunthorpe. 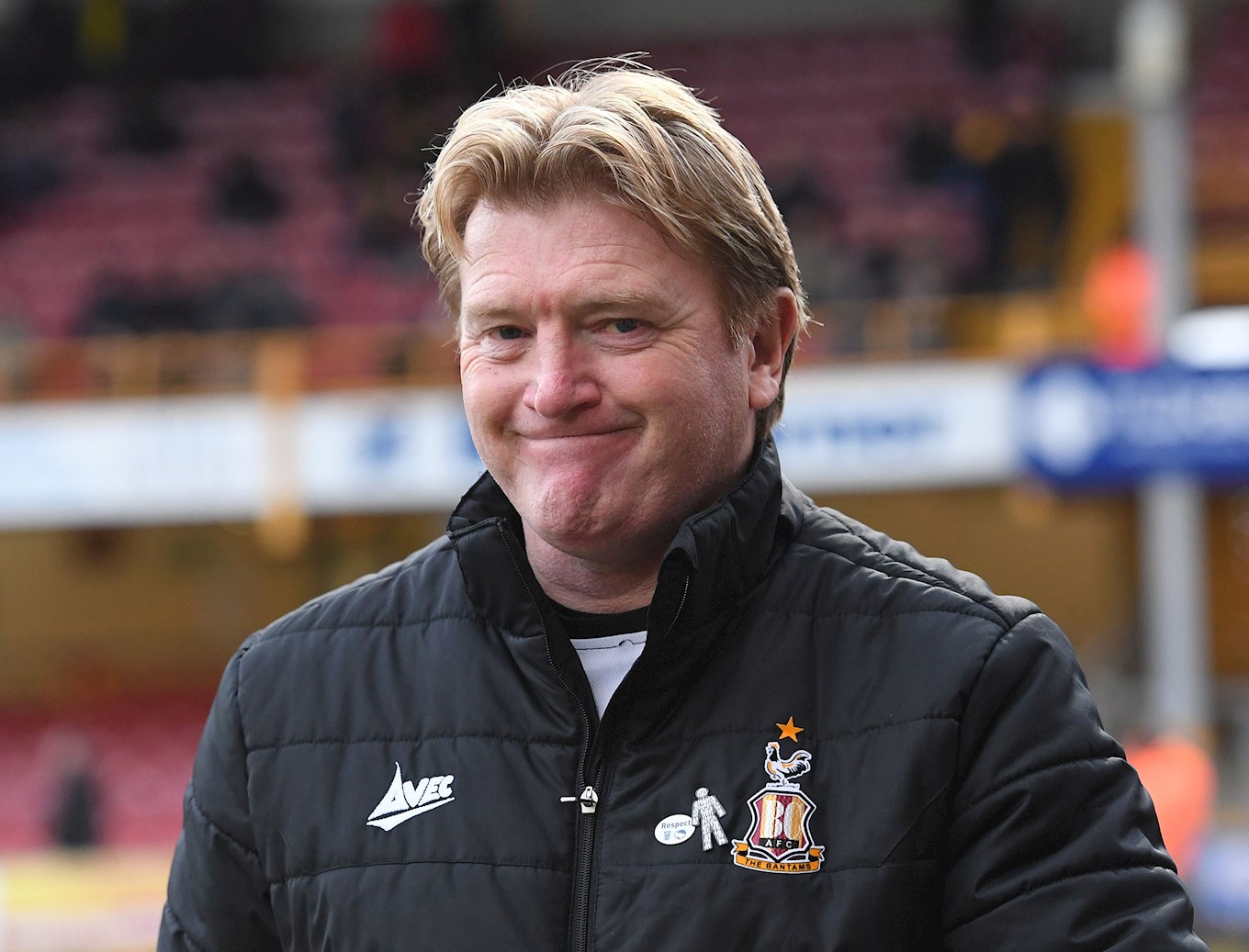 Stuart McCall is in his third spell at Valley Parade after Gary Bowyer’s departure earlier in the season.

The 55-year-old took over on February 4th, and since then Bradford have drawn with Grimsby, beaten Stevenage and lost to Cambridge.

McCall also played for City in two different spells during his career, making 238 appearances in his first period and 157 in his second. 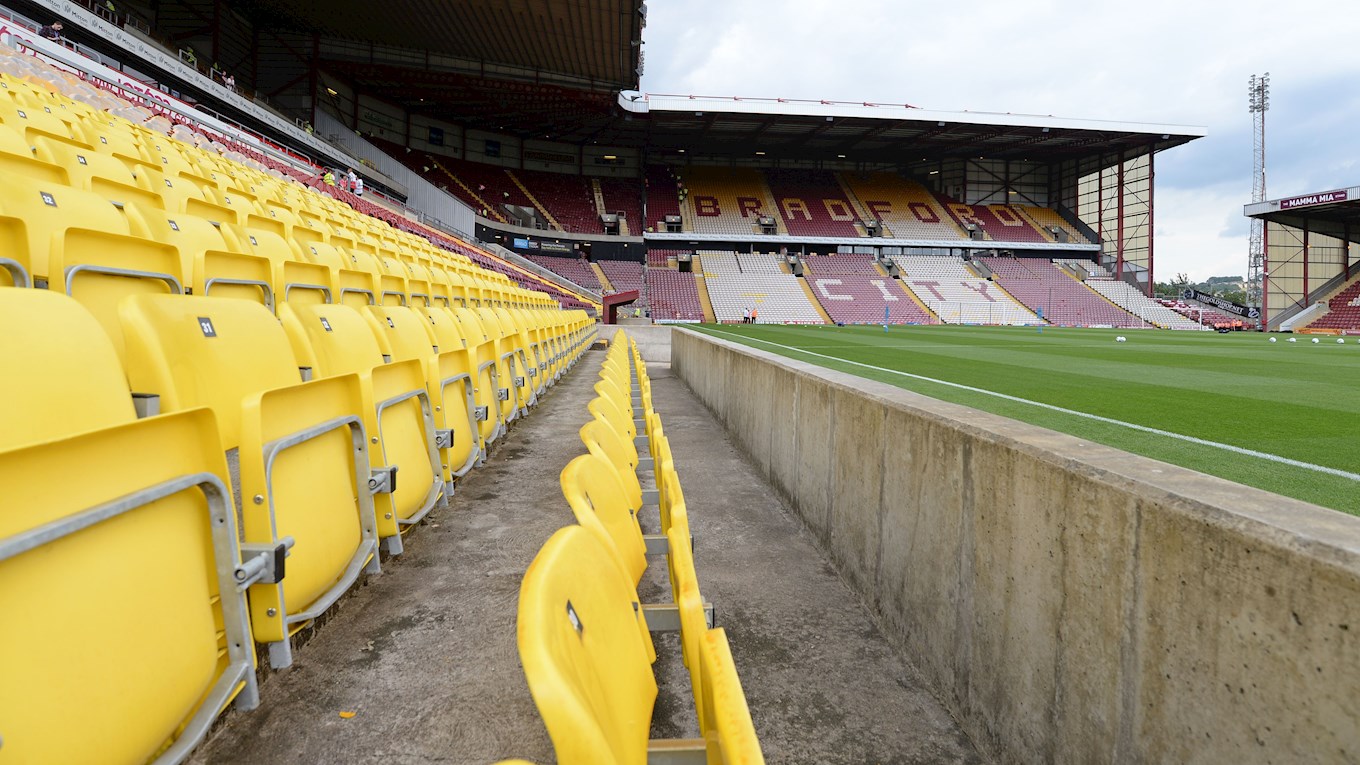 The last meeting between the two sides saw Bradford come out on top in a tight affair at Valley Parade.

The only goal came from the penalty spot after Nick Townsend brought down forward James Vaughan.

In a game of few clear chances, Bradford did just enough to get the three points. 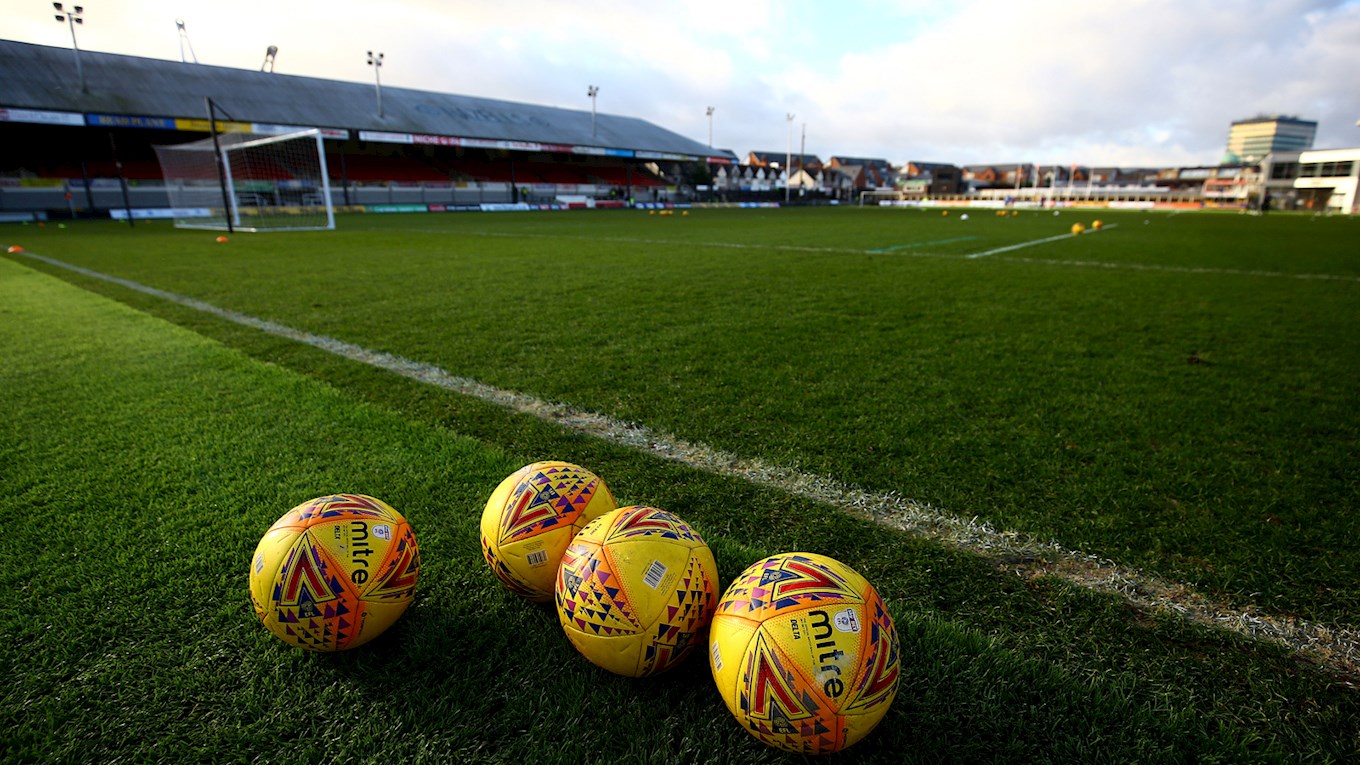 Joshua Smith will be undertaking his first Rodney Parade fixture on Saturday. He completes County’s list of promoted referees this season, with the other seven having already officiated the Exiles. Smith, at 26 years of age, is the youngest referee in the Football League this season.

In his first season, Smith has refereed 23 games, in which he has given 74 yellow cards and six reds.

Last season in the National League, Smith officiated 21 matches where he handed out 75 yellow cards and five reds.