Newport County AFC will be hoping to get back to winning ways this weekend when they welcome Tranmere Rovers to Rodney Parade.

County will be re-energised after their first mid-week break of the season, and will be aiming for their fourth Sky Bet League two victory of the campaign.

Here, you can find all the facts and statistics ahead of this Sky Bet League Two fixture..

Tranmere Rovers currently sit in 14th place in the SkyBet League Two table after being relegated from Sky Bet League One last season.

Rovers have won one game and drawn three times this season so far. Their solitary win came at home to Scunthorpe United by a scoreline of 2-0, as striker James Vaughan bagged both goals.

Their last game saw an emphatic fight back from two goals down to gain a point away against Salford, despite missing several first team members. Two goals in the final five minutes from Kieron Morris and Paul Lewis saw the match end 2-2.

Lewis Collins will miss out on the fixture after sustaining an injury during his time on international duty with Wales Under-21s.

County will also be without striker Ryan Taylor following the hamstring injury that will keep him out for a further 11 weeks.

Tranmere reported that two first-team players had tested positive for coronavirus, which forced more of their squad to self-isolate. It remains to be seen which of the squad will return for this fixture.

One to watch – James Vaughan

Striker James Vaughan was signed by Tranmere in August following a loan spell with the club during the second half of last season. The spell saw him score three goals in eight Skt Bet League One appearances.

Vaughan currently has five goals in all competitions this season, with two coming in the league. Both of his league goals came in the 2-0 victory over Scunthorpe.

The 32-year-old also netted in the EFL Cup against Harrogate Town and bagged a brace in the EFL Trophy against Liverpool Under-21s. 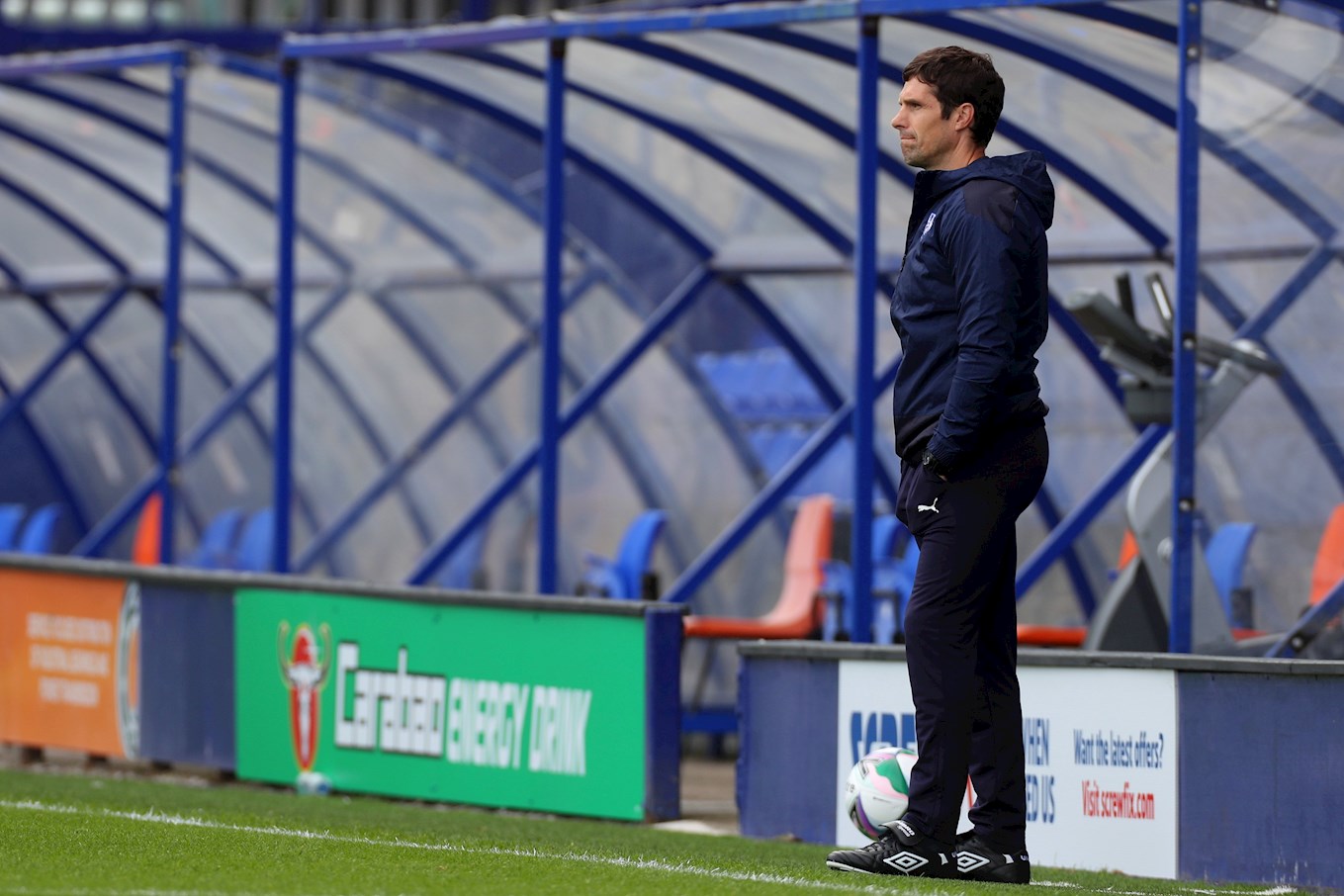 Jackson had been assistant to Mellon at Shrewsbury before following him to Tranmere in 2016.

The last meeting between the two sides came in the 2019 League Two play-off final at Wembley, where Tranmere came out 1-0 winners.

The teams faced each other two other times that season, with the Exiles winning the away fixture before a 0-0 draw in south Wales.