After progressing through to the Carabao Cup fourth round for the first time in the club’s history, Newport County AFC are excited to announce the opportunity is now available to become the front-of-shirt sponsor for the clash against Newcastle United.

The Exiles, who overcame Swansea City, Cambridge United and Watford to reach the fourth round, will make history when they step on the pitch against the Magpies next week.

Michael Flynn’s men will be looking to add to their growing list of cup scalps after defeating two Sky Bet Championship teams this season alone, and your business can sit proudly on the front of the shirt as County hope to complete another cup upset.

Alzheimer’s Society Cymru, who were confirmed as the club’s front-of-shirt sponsor in August, will remain on the Exiles’ shirt for our Sky Bet League Two games, although the opportunity has opened up for another business to feature in our Carabao Cup clash.

The tie will take place on Wednesday 30th September live on Sky Sports, with a kick-off time of 5:30pm.

This is a fantastic opportunity for a business which is looking for increased exposure on television and wider media attention at a local, national and international level. 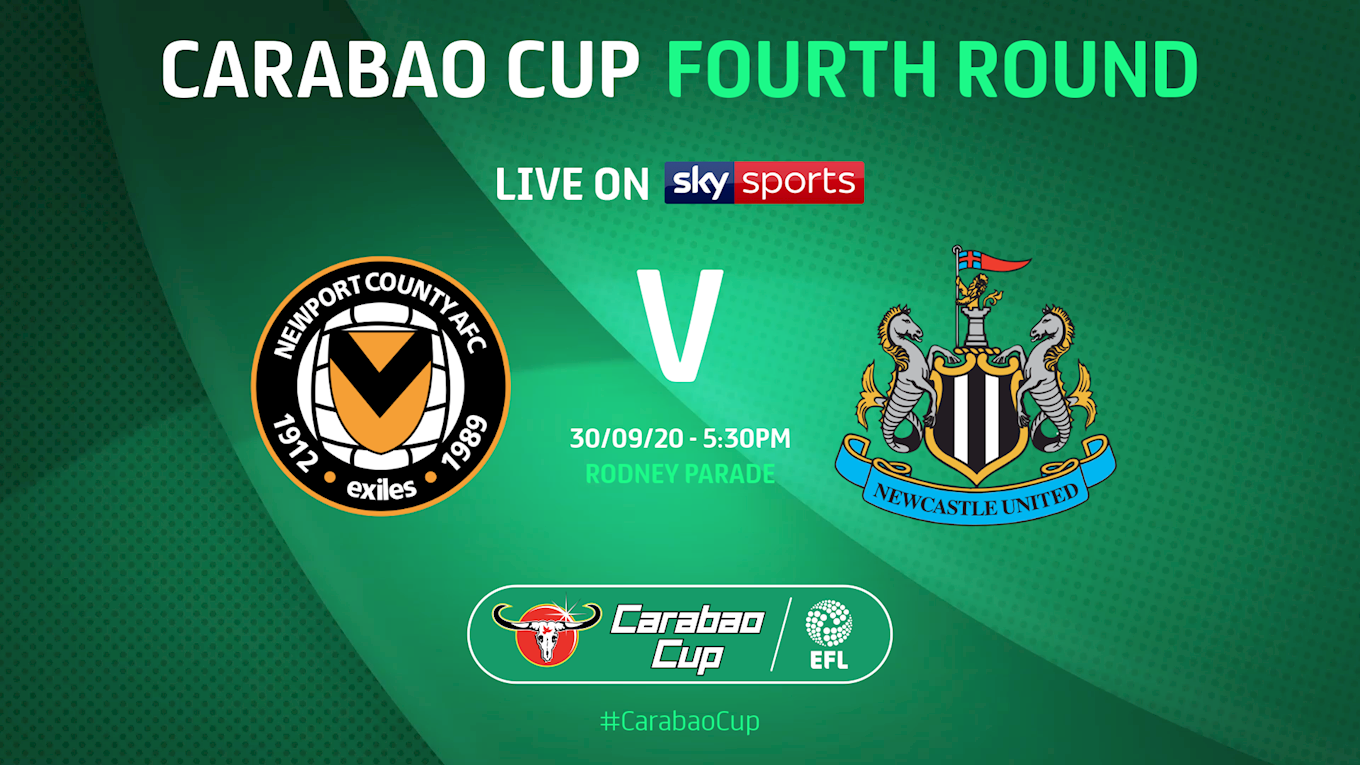 The players' matchworn shirts will be auctioned off after the match, with 50% of the profits being donated to Alzheimer's Society Cymru. The remaining 50% will be split equally between the two other charities who were part of our #SaveOurShirtContinues crowdfunder - anti-bullying charity Kidscape and JDRF: The type 1 diabetes charity.

Please put the subject of the e-mail as 'Home shirt - Newcastle United' and include your name and contact number.