Striker Padraig Amond revealed he had an inkling that Newport County AFC would end their Colchester United away hoodoo on Saturday afternoon.

The Exiles had not won in Essex for 49 years prior to their trip to the JobServe Community Stadium.
That was until Amond netted his ninth goal of the season to give the visitors a deserved 2-0 victory after captain Joss Labadie had opened the scoring in the first half.
County were aided by the dismissal of former Exile Frank Nouble - one of Amond’s former team-mates - after he picked up two yellow cards in the space of two minutes.
But Amond felt luck was already on the Exiles’ side before a ball was kicked because of the absence of a familiar face upon their arrival at the U’s home ground.
"I don’t think I’ve ever won an away game here so it was pleasing to get that hoodoo over with. We had a joke going on that we used to be like Space Jam," said Amond, referring to the 1996 comedy film which saw space aliens steal the powers of NBA stars.
"When we walked in there was a fella on the front door who we used to shake hands with and then it seemed like all of our powers just went.
"Even when we came here last year and started really well it was just a disaster, but the fella wasn’t there today, so Space Jam couldn’t take all of our powers away!
"It’s brilliant for the club to break that hoodoo."
Amond showed a poacher's instinct when he arrived at the back post to ensure the Exiles secured the victory over the U's and climbed back into the Sky Bet League Two play-offs.
It was the striker's first goal since the clash against Grimsby Town on December 8 in a season which, by his own admission, has been a difficult one.
"I'm not going to dress it up, it has been a very, very frustrating time for me," he added.
"I have just been trying to work as hard as I can off the field to try and break into the team. Hopefully my performances can do the talking.

"I want to play as many games as possible between now and the end of the season and score as many goals as possible to help the team climb the table and, at minimum, stay in the play-off places.

"If we can get higher than that even better, but the minimum we should be aiming for is the play-off places."

The Exiles now turn their attention to a clash against promotion-chasing Bradford City at the Cardiff City Stadium - a surface that Amond has trained on previously ahead of the 2019 Sky Bet League Two play-off final - on Tuesday evening.

And the striker says his team-mates will be aiming to back up the victory over the U's to strengthen their place in the top seven.

"There are a few of us that are still here from the play-off final year and we've played on it. Nicky [Maynard] played for Cardiff before too, so hopefully it can be positive for us.

"We're really looking forward to it and hopefully we can build on the performance." 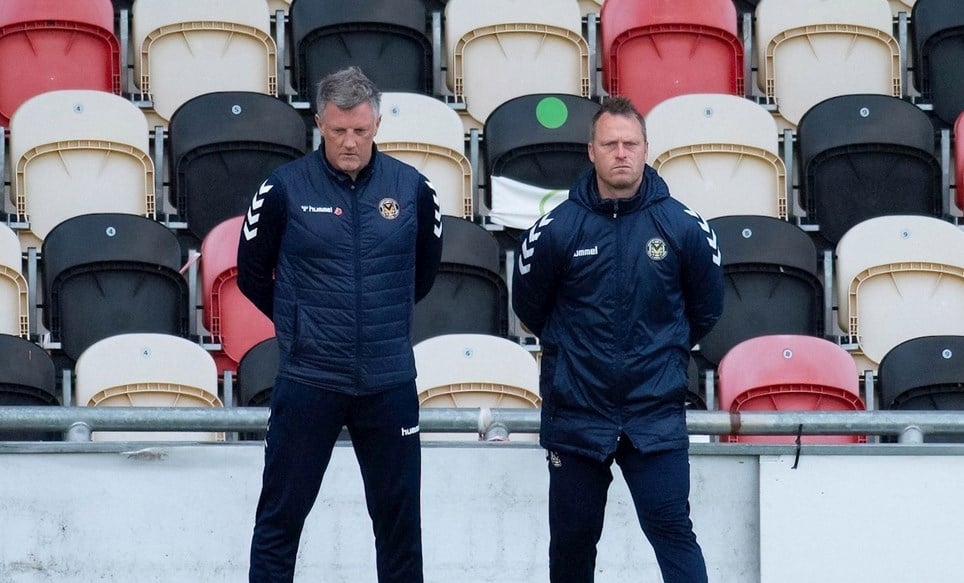 REACTION | Michael Flynn: "It was a solid point gained" 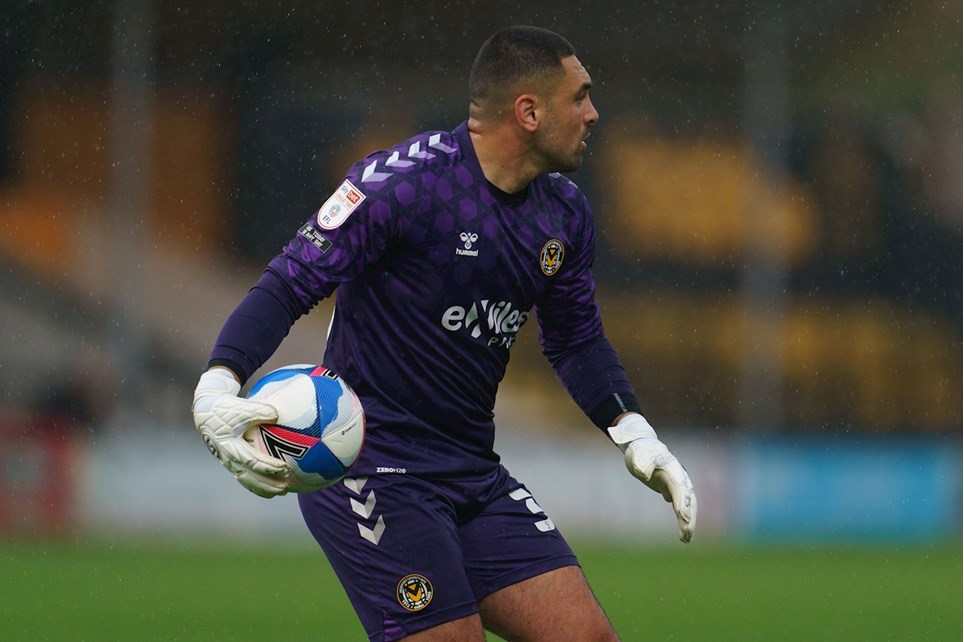 INTERVIEW | Nick Townsend: "I feel really settled here and it’s a great club for me to progress in my career"


Nick Townsend says he wanted to repay Newport County AFC for the faith they showed in him after extending his stay with the club. 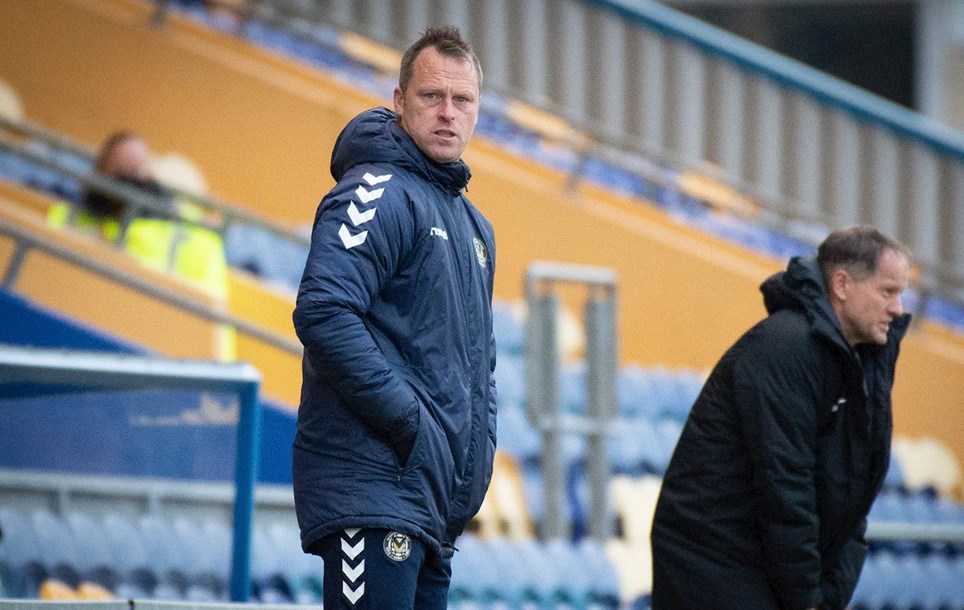 REACTION | Michael Flynn: "That may be the most important point of the season"


Manager Michael Flynn was left disappointed that Newport County AFC were unable to hold out for the victory against Mansfield Town - but insists a point could prove to be valuable to his side's... 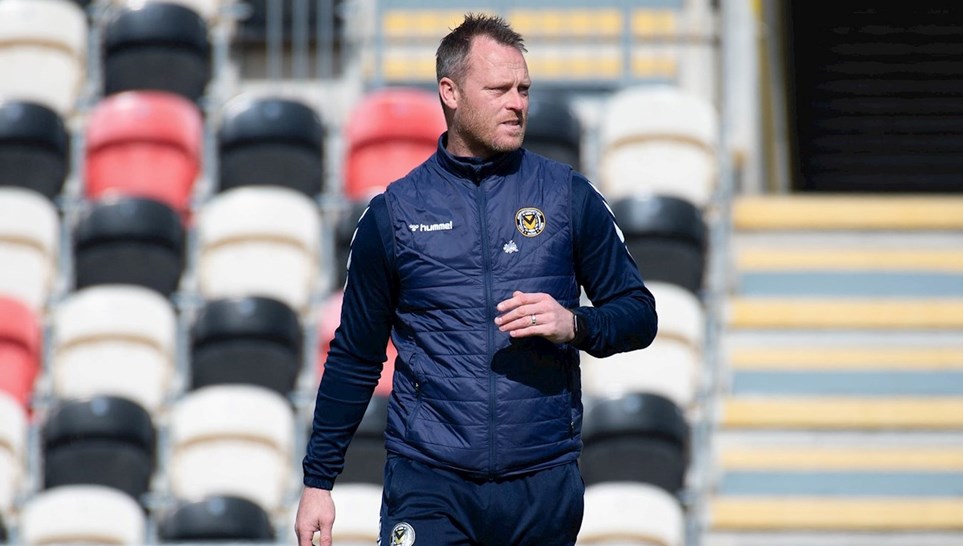 PRE-MATCH | Michael Flynn: "There’s no pressure for us"


Manager Michael Flynn says Newport County AFC have their sights set on a top-three finish in their bid to secure promotion this season.