Newport travel to Colchester on Friday night hoping to get to winning ways after a tough run on the legs.

Saturday's defeat to Swindon Town was followed by a 1-1 draw at Crawley Town and Friday's game in Essex will be our third game in six days in what has been a tough schedule for the Exiles.

Colchester meanwhile suffered a 1-0 defeat at lowly Stevenage on Saturday but they responded perfectly with a 3-1 home win against Exeter in an impressive Tuesday night showing.

Hayden Mullins' side are currently 18th in the table while County sit in 9th and the U's won three of their last five games on home soil.

Goalkeeper Shamal George and Brendan Wiredu will be touch-and-go going into the game while County will be without captain Matt Dolan (concussion protocols) and Ed Upson (suspension) but Robbie Willmott could be back in the fold following his recovery from COVID.

Newport currently boast the hottest striker in League Two with Dom Telford's run of 10 goals in his past six games, scoring in all six, has helped him to the top of the league's scoring charts with 12 goals in 11 games.

Colchester's key man in front of goal so far this season is Freddie Sears, who has six goals to his name so far this term.

Our last trip to Colchester ended in a 2-0 win, courtesy of goals from Joss Labadie and Padraig Amond.


You will hopefully be aware that Tom Gittoes and Lewis Binns are taking part in this year's 'Prostate United' and the pair have reached an important landmark in their challenge!


Dom Telford's 11th goal in seven league games was cancelled out by a late Freddie Sears strike as Newport and Colchester played out a 1-1 draw on Friday night.


Christopher Pollard will be the referee for tomorrow night's game at Colchester United. 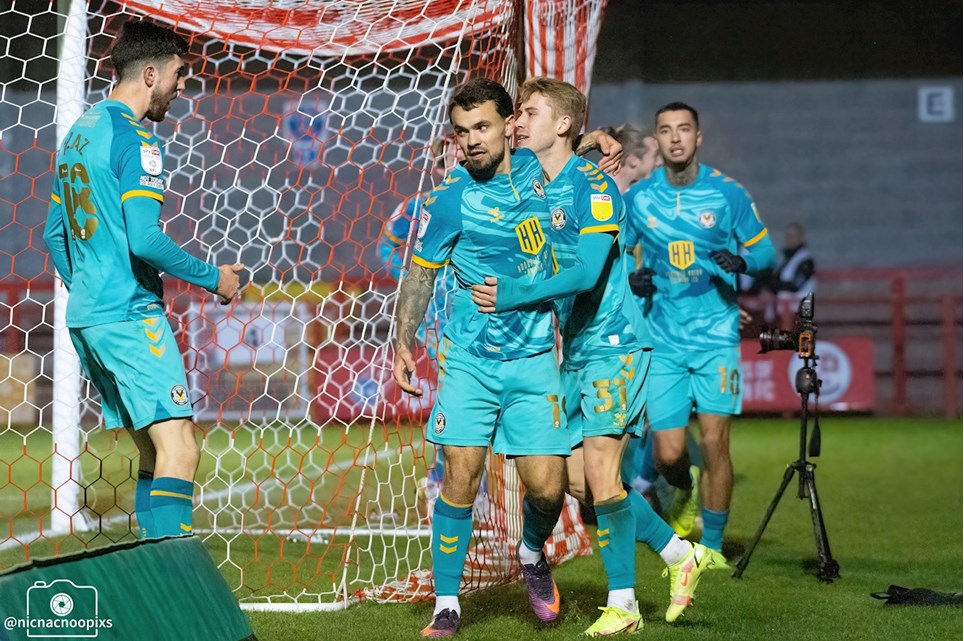