Chris Lilygreen initially had a spell in our impressive Youth Team in 1982/83. with us and the following season until October 1984, he made 39 1st Team appearances, scoring five.

In his first training session, he had to do a 12-minute run with one of the first team. Chris admits that he was like a racing whippet and talking all the way through it, to the extent that he was told off for giving the impression that he wasn’t trying! That was far from the case, when he explained that it was entirely due to thoroughly enjoying every moment of the experience!

When we reformed in 1989, Chris was one of our first signings and his love of playing, put his name in the history books through his determination to score the first goal in our first game, a pre-season Friendly at Kidlington.

His celebration became a familiar sight for just over the next four seasons, scoring 93. That remains our top scoring record since our reformation. His total of 98 from both spells, puts his total close to being our all-time record scorer.

Chris was deservedly voted our Player of the Year in 1990/91 and was inducted in to our Hall of Fame on 18th September 2009. 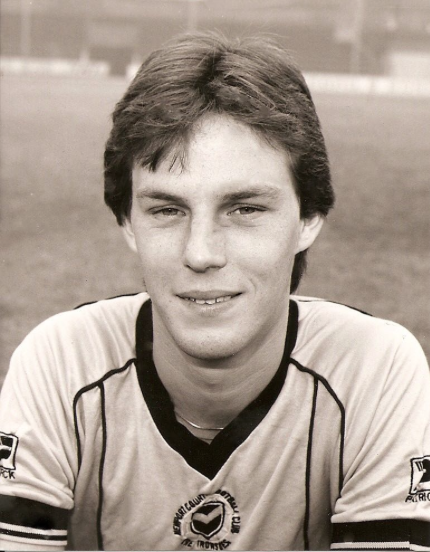