Newport County AFC begin their Papa John’s Trophy campaign with the visit of Plymouth Argyle to Rodney Parade on Tuesday.

The Exiles will be looking to bounce back after back-to-back defeats against Southampton and Salford City.

Plymouth have enjoyed a positive start to the new season, finding themselves in 12th place in Sky Bet League One with just one loss from five matches.

That loss was in the opening fixture against Rotherham, but they have since beaten Gillingham and Shrewsbury Town, and drawn with Cambridge United and Fleetwood Town.

Away from the league, the Pilgrims’ Carabao Cup hopes were dashed by Swansea City after a defeat at the Liberty Stadium last week.

Michael Flynn will return to the touchline following the conclusion of his isolation period. He may opt for some changes to the weekend’s lineup, with Finn Azaz, Jordan Greenidge and Mickey Demetriou all absent on Saturday.

Danny Mayor, Niall Ennis and James Bolton are all out injured for the visitors but defender James Wilson could return to the side, having completed his three-match suspension.

ONE TO WATCH - LUKE JEPHCOTT

Luke Jephcott has been linked with a move away from Home Park this summer, but it hasn't been a distraction for him having scored three goals in the opening five fixtures.

The Welsh forward finished last season with 16 goals in Sky Bet League One, and this season he has formed a partnership up front with Ryan Hardie, who also has three goals this season.

Jephcott has represented Wales U19 and U21 on nine occasions but is still awaiting his first goal for his country.

IN THE HOT SEAT - RYAN LOWE

Ryan Lowe was announced as manager of Plymouth Argyle in June 2019, guiding them to a third-place finish and an immediate return to Sky Bet League One in a season interrupted by the Covid-19 pandemic.

The 42-year-old will be hoping his side can build on last season’s 18th placed finish.

Lowe had also managed Bury in different spells, but prior to management, he enjoyed stints at several clubs as a striker, including Bury, Tranmere Rovers and Sheffield Wednesday.

The last time County faced Argyle was last season in the final group game of the same competition.

Both sides rang the changes for the dead rubber, with the Pilgrims taking the lead in the 30th minute through Ben Reeves.

An unfortunate own goal from Joe Woodiwiss and a finish from George Cooper saw Argyle three ahead before Padraig Amond grabbed a consolation for the Exiles.

Second-half goals from Dom Telford and Timmy Abraham saw Newport County AFC get their Papa John’s Trophy campaign under way with a 2-0 win over Plymouth Argyle.

Telford, who enjoyed an 18-month stint with the Pilgrims before joining the Exiles in January, picked his spot from 25 yards and curled a stunning left-footed effort into the top corner just before the hour-mark.

Abraham - another player who spent time at Home Park - then chalked up his second goal of the campaign late on by curling home an effort into the opposite corner to seal the victory for the Exiles.

Michael Flynn, returning to the touchline for the first time following a period of isolation, rung the changes from the Exiles' defeat against Salford City. County’s deadline day additions Jack Cain and Ollie Cooper, who joined on loan from Liverpool and Swansea City respectively, were handed their first starts.

Matty Dolan returned to the starting line up to captain the Exiles, while academy scholars Harrison Bright and Aneurin Livermore both started.

A well-worked move from the Exiles, which started with Cooper on the halfway line, presented them with their first opportunity of note. The Swans loanee, Telford and Abraham all combined before the latter’s cross was cleared to Willmott, whose powerful strike flew over the crossbar.

Willmott then turned provider to set up another chance for the hosts after his cross into the penalty area was flicked back across goal by Joe Woodiwiss. It forced a save out of Callum Burton, who could only parry the ball into the centre of the box, but Abraham’s shot was deflected past the post.

Abraham forced the Burton into action again two minutes as he skipped past two defenders and opened up a sight at goal, with the Pilgrims goalkeeper getting down low with a strong hand before he pushed the follow-up past the post.

It took 30 minutes for the visitors to cause any real problems of note to County’s goal when they broke away down the left and Law’s low effort was pushed past the post by Nick Townsend.

Law enjoyed another opportunity to test the Exiles shot-stopper again three minutes later after Adam Randell’s low corner evaded everyone and found the midfielder, who failed to hit the target.

Telford, who was previously dubbed “Mr. Checkatrade” for his goals in this competition with Bury three seasons ago, looked lively against his former club and enjoyed a pair of chances just before the half-time interval. First, he forced Burton into making a smart save and then saw a powerful strike pushed out for a corner.

The Exiles finished the half on top although they were close to going behind five minutes after the restart when Law nodded James Wilson's cross the wrong side of the post by Law.

And Wilson was left to rue the missed chance as County made the breakthrough just before the hour-mark. After linking up with Bright and Cooper, Telford gathered the ball on the edge of the area, found a pocket of space and curled the ball into the top corner beyond the reach of Burton.

Iestyn Evans was introduced at the half-time interval for his first senior appearance for the Exiles and almost made a dream start 16 minutes later. The defender’s effort from 35 yards had Burton backpedaling, but the goalkeeper managed to tip the shot over the crossbar.

Massey then met Garrick’s cross and almost brought the away side level, but County responded and ensured the points were secured through Abraham's curling effort six minutes before the end. 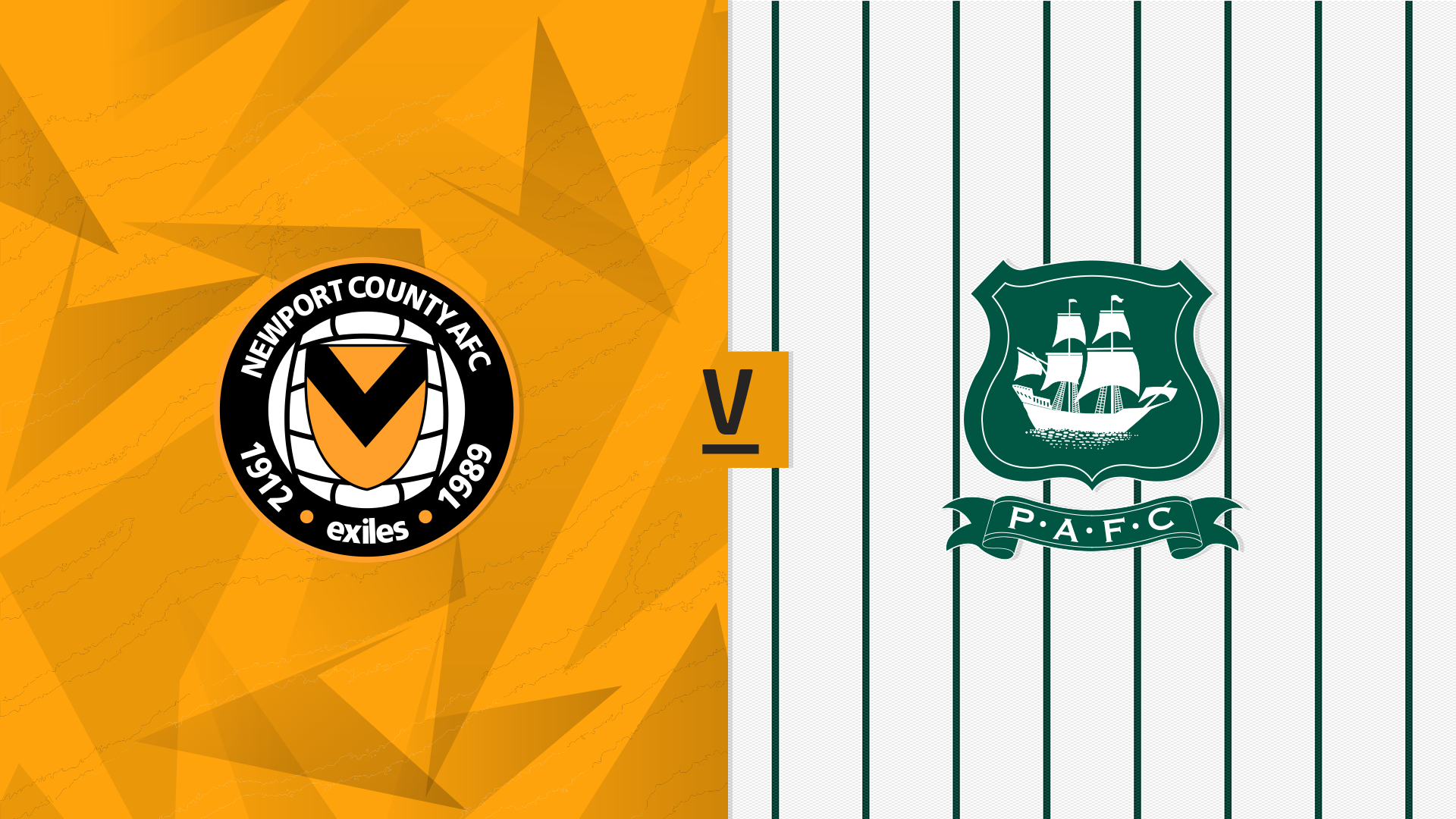 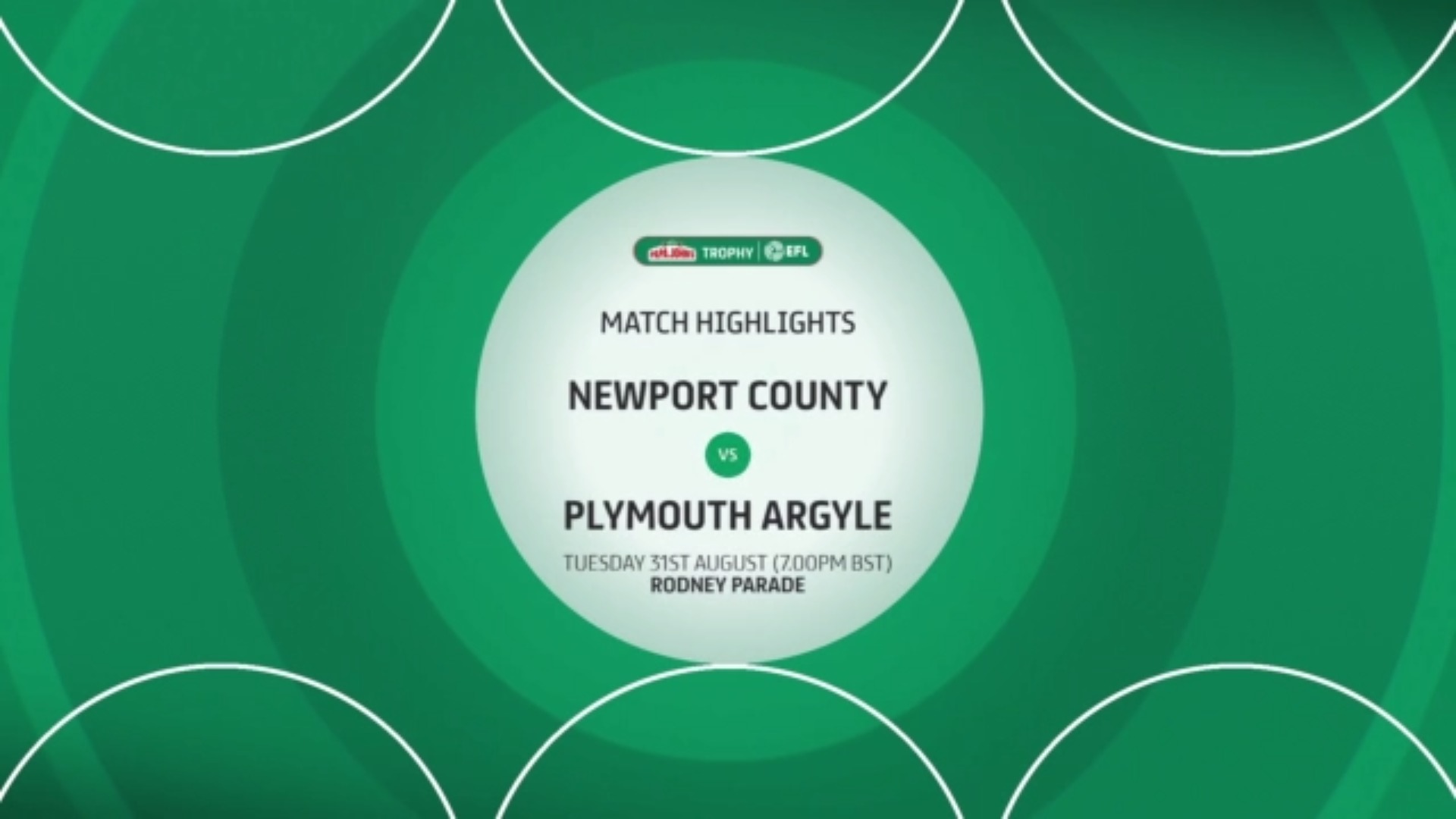 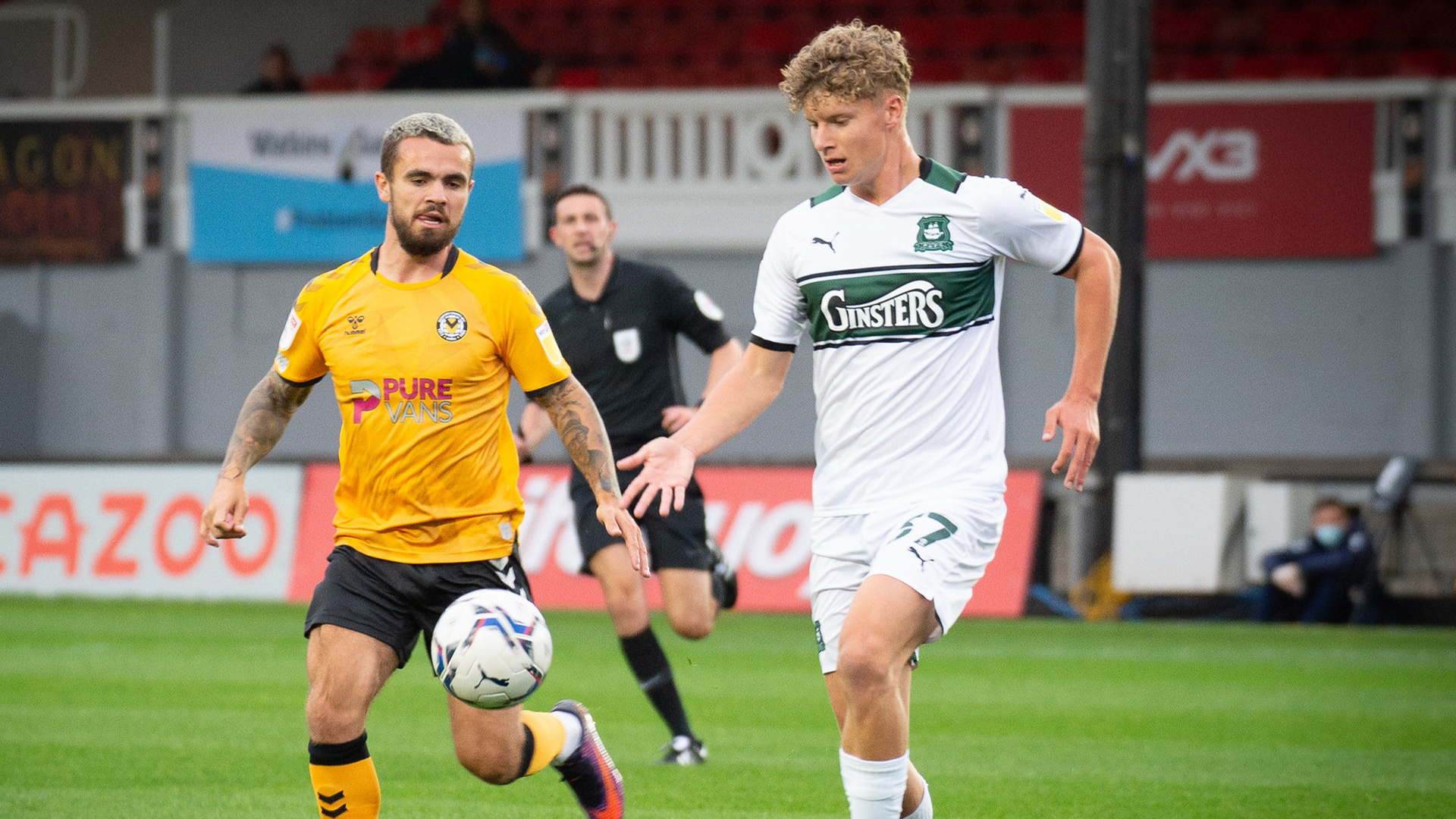