Exeter City are the first team to visit Rodney Parade in 2018 as they head to the stadium on New Year’s Day. The Exiles will be looking to avenge their defeat at St James Park earlier on this campaign, while the Grecians will be looking to extend their record of five games unbeaten on trips to South Wales. 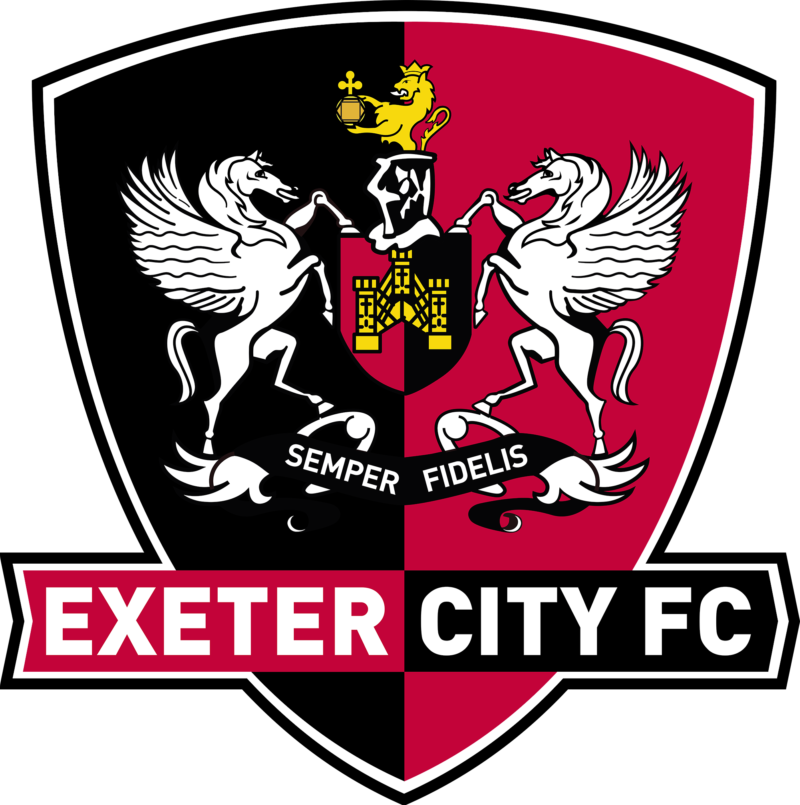 Play-off occupying Exeter City head to Rodney Parade having picked up nine points from the last 18 available after three wins and three defeats from their last six league matches.

Dean Moxey’s early opener at Crawley Town starts that run, although his attempt wasn’t enough for the Grecians to take anything from their trip to West Sussex, as the Red Devils fought back to win 3-1.

They returned to winning ways in their next game, however, as they secured a 2-0 victory at home to another play-off contender in Accrington Stanley. Hiram Boateng scored his first goal in Exeter colours to open the scoring, with a penalty from Ryan Sweeney completing the win.

But they suffered another defeat on the road to prevent them from putting a run of wins together, as Jayden Stockley’s late consolation only gave the away supporters a little glimmer of hope in the 3-1 defeat to Colchester United.

Goals from Lloyd James and Pierce Sweeney ensured the Grecians secured yet another home victory in the next game, this time in a 2-1 success over Stevenage, ensuring they moved into the automatic promotion places.

The Grecians away form continued to cause some alarm, however, as Stockley could again only get a consolation in the 3-1 defeat at Yeovil Town.

On Boxing Day, the Grecians had to abandon their match with Forest Green Rovers at half-time due to a waterlogged pitch. That postponement meant they slipped out of the automatic promotion places and down to sixth, as the other results around League 2 certainly didn’t go their way on the day.

But Jake Taylor’s stoppage time winner at home to Barnet on Saturday ensured Exeter rose two places to 4th, although they would move back into the top three if they won the re-arranged game with FGR as they are just a point outside the automatic places.

But it is their away form that has prevented Exeter from being in the top 3 already this campaign. They have failed to win any of their last six trips on the road, losing four, and would actually sit 15th purely on away form. They sit 3rd in the home table, however, hence why they are in the play-offs ahead of their trip to Rodney Parade tomorrow, only six points clear of the Exiles. 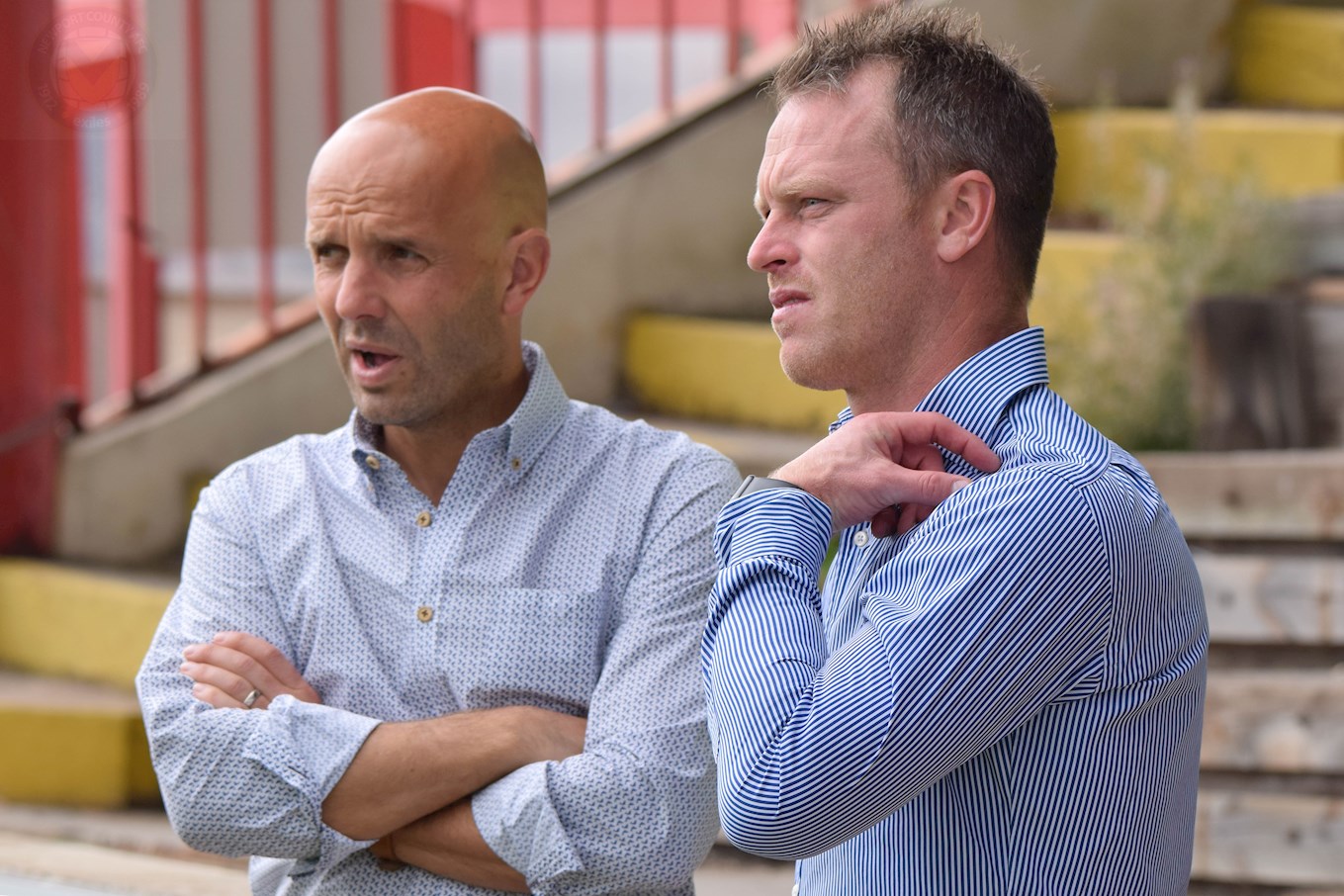 The Grecians head to Rodney Parade virtually in perfect shape after manager Paul Tisdale was quoted as saying “I believe everyone is ok” after Saturday’s win over Barnet.

But he also confirmed that he expects to continue to shuffle his squad around having made just the one change for that game, as Matt Jay made his first league start of the season in place of Ryan Harley.

Tisdale said: “I think generally, I have to make sure that I rotate when the players are under physical stress and two games this weekend, for example, in three days is a lot of football for those who are already vulnerable to any injury or two because of some sort of overload in their play.”

One to Watch – Jayden Stockley 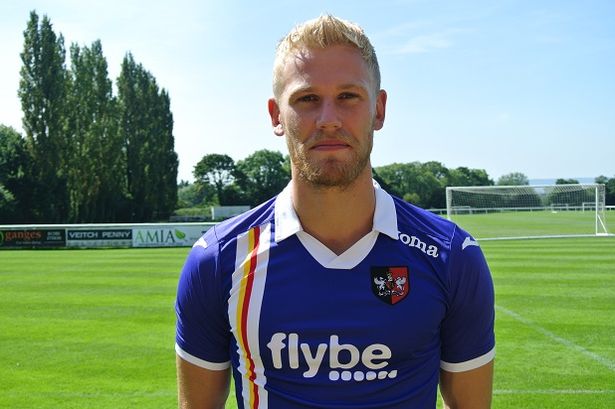 Currently the club’s top scorer this campaign with 12 goals from all competitions, Jayden Stockley has more than coped with the club-record fee Exeter City paid for the Englishman over the summer.

He has scored in nine separate matches this season, as Stockley has scored seven goals in League 2 and five in the Emirates FA Cup.

Two of those goals have come in additional time, the first securing a 2-1 win at Barnet and the other salvaging a replay with Forest Green Rovers in the Emirates FA Cup Second Round.

Exeter is the third permanent club of the 24-year old’s career, having started out in the academy set-up at AFC Bournemouth.

The 6’3” striker made his debut with the Cherries aged 16, playing in the Football League Trophy match with Northampton. Interestingly, because Stockley was so young at the time, manager Eddie Howe actually had to ring his school to request permission for the striker to play in the game, as he was due to sit a GCSE Maths Test that afternoon.

He also became the second youngest player to take to the field for Bournemouth in that game, although found further game time hard to come by and had nine loan spells away from the club.

That saw the striker turn out for sides including Portsmouth, Luton, Accrington and Exeter – gaining vital experience in divisions all the way from the Conference South to League 1.

Aberdeen then came calling for his services at the start of the 2016/17 campaign, with Stockley agreeing a pre-contractual agreement with the club whilst on loan at Exeter in the second-half of the previous campaign.

He made 41 appearances with the Scottish side before the move to the Grecians this summer, although could only manage six goals at Pittodrie.

Newport County AFC suffered their first defeat of the 2017/18 campaign in League 2 following a 1-0 loss at Exeter City.

County created several chances in a first-half which they largely dominated, exploiting a weakness down the Exeter City right-hand side.

Padraig Amond had a header ruled out for an infringement as-well as another attempt cleared off the line, with Joss Labadie and Frank Nouble also being denied by home goalkeeper Christy Pym.

But the Grecians reinvigorated themselves at half-time, and got the winner when Lee Holmes struck in the 58th minute.

Holmes, scoring his first of the campaign, was set up on the edge of the area by striker Reuben Reid. The 30-year-old then skipped past two Exiles challenges before curling a shot into the bottom corner.

Frank Nouble hit the post late on as County searched in vain for an equaliser, Tom Owen-Evans also coming close with a shot late-on.

And had it not been for Ben White, the Exiles could have also suffered a defeat by a greater margin.

The Brighton loanee superbly cleared three attempts off the County goal-line, denying Jake Taylor in the first-half with a diving header.

Holmes was also thwarted from getting another by the centre-back on two occasions in the second-half, his two volleyed attempts blocked with Joe Day beaten on both occasions.

Lewis is currently embarking on his 13th season as a Football League referee having officiated his first game on 1st October 2005 as Rochdale beat Rushden & Diamonds 2-1 in League 2.

He has refereed 17 games so far this season, the last of which came on Saturday as Gillingham and AFC Wimbledon played out an entertaining 2-2 draw at the Priestfield Stadium.

One yellow card was given to each team by Lewis on the day, taking his season tally to 46 yellow cards and three red cards from the 17 games.

That follows on from his record in the 2016/17 campaign, which reads as 49 yellow cards and two red cards from just 16 games. 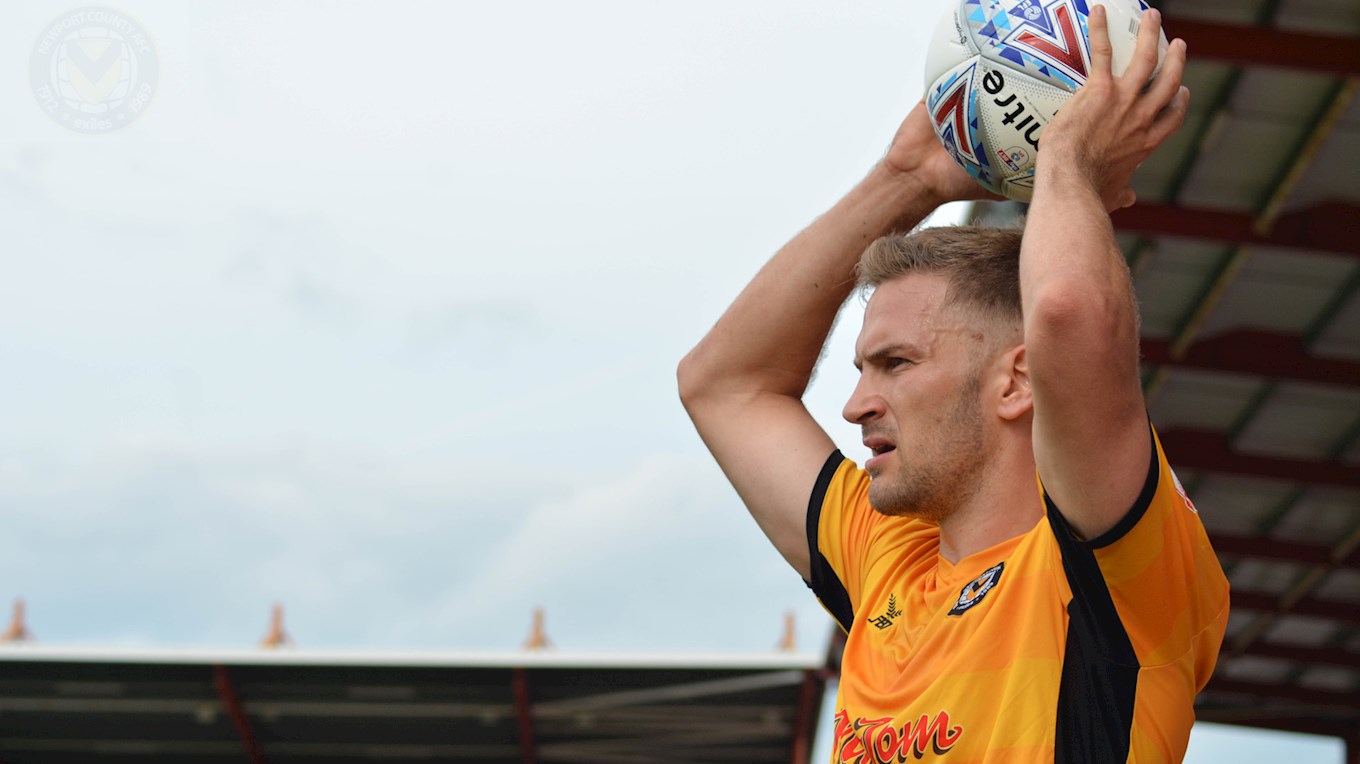 However, County have only won one of those five games in which Lewis has officiated, drawing another one and losing the other three.

Interestingly, Lewis was supposed to be the man in the middle for this season’s game with Colchester United on 17th October. But a clash with Charlton’s Josh Magennis three days prior to the game caused Lewis to be ruled out of the game with concussion and replaced by Darren England.

That means the most recent County game refereed by Lewis was on 7th January 2017 in the 3-1 defeat to Stevenage. Scot Bennett and Sid Nelson were booked on that occasion for the Exiles.

In 2015/16, Lewis refereed one County game, as Paul Mullin struck a stoppage-time penalty to give Morecambe a 2-1 victory at Rodney Parade. Aaron Hayden and Scott Barrow were booked for County that day.

No bookings were given in the 2-0 defeat to Southend United in the 2014/15 season, although there were three in the 1-1 draw with Tranmere Rovers. Andy Sandell was the only booking from a County perspective.

The first of the games officiated by Lewis came back in the 2013/14 season as County won 3-2 at Crawley Town in the JPT. Jamie Stephens was booked for County as James Hurst was sent off for Crawley.

Other League 2 games that day (All 3pm kick-offs)