Over the past few weeks, some of our Young Exiles received international call-ups – with Lewis Collins and Modou Touray representing Wales at U17 and U19 level respectively. Our Academy Media Office, Will Pritchard, spoke to the lads and Academy Manager Byron Anthony regarding the recent call-ups.

Modou Touray represented Wales’ U19 side in a friendly against Switzerland in Rhyl, a game which Wales would eventually win 4-3, with Modou scoring Wales’ opening goal in the fixture.  He also represented Wales against Turkey on Tuesday evening (but this interview was conducted before the fixture).

Asked about his experience of making his U19 debut in a Wales shirt, Modou explained: “After going away with Wales, I learnt a lot. Being around players who play for the best academies benefitted me massively as a player!

“Making my debut for Wales has always been a dream of mine and scoring a goal just topped it off, It was a huge honour to be selected for my country.

“I never really got the chance playing for Wales after schools’ football 2 years ago, I’m just glad I grabbed the opportunity with both hands.”

When asked about scoring on his debut, Modou said: “Scoring a goal on my debut was amazing, I didn’t really celebrate but I went and grabbed the ball because we were 2-1 down but it felt good to know that I played well and scored on my debut.”

“I was very grateful to everyone in the Academy and the Wales set-up that gave me the opportunity to develop further as a player.”

He finally talked about his upcoming matches for the Wales U19 side: “I’m very excited for the next internationals in Turkey.”

“I’m just delighted to be selected for the UEFA qualifiers and I’m looking to continue how I played against Switzerland 2 months ago.”

Whilst Wales U19s were unable to get the result they wanted, Modou was once again in the starting XI and once again on the scoresheet again in what was eventually a 2-1 defeat to Slovakia. 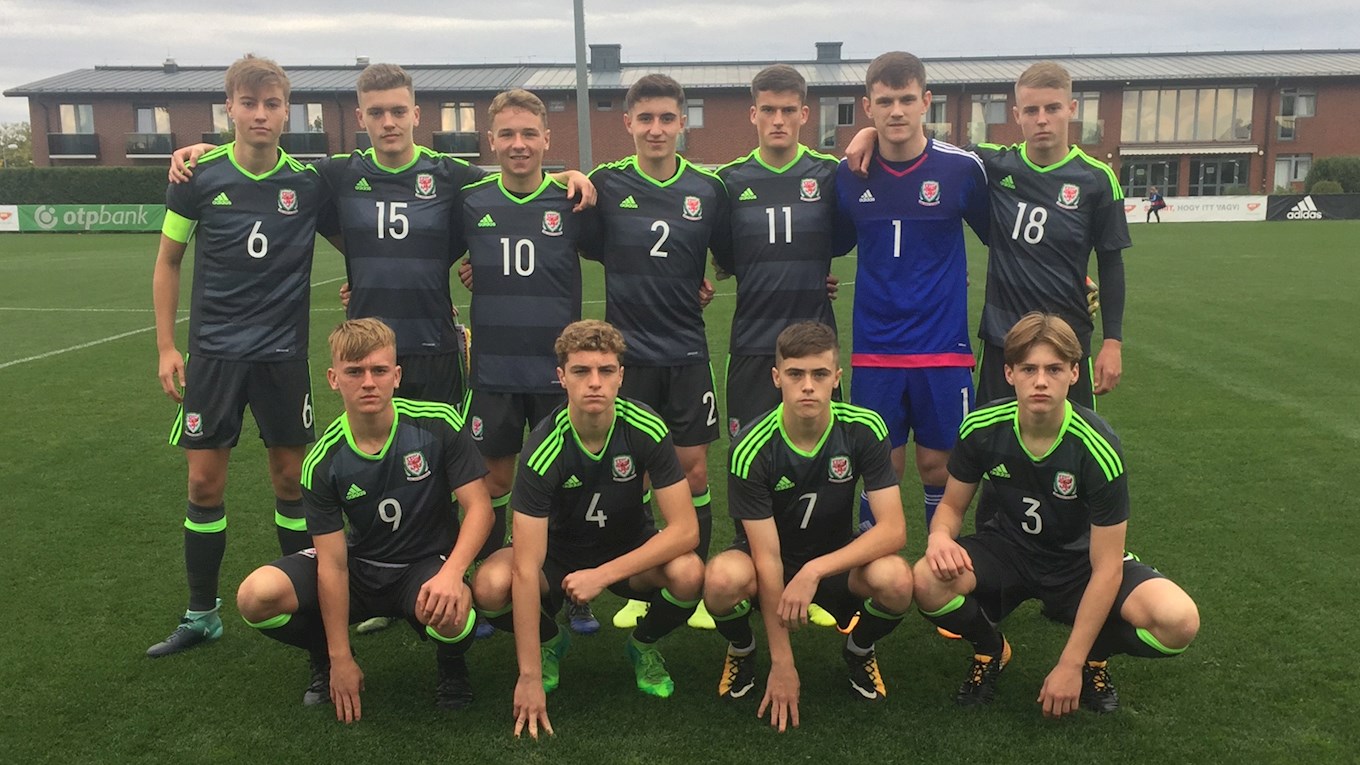 He started games against Holland and Hungary and despite not scoring, Lewis displayed his talent throughout the tournament, proving a handful for defenders.

Asked about what he learned, Lewis said: “I learned a lot from going away with Wales, tactically and mentally. It’s a much bigger stage to play on and it’s like a first team experience.”

“It was challenging but I came away a more confident player, who had a better outlook on the game.”

When asked about the achievement of representing your country, Lewis stated: “Starting the games against Hungary and Holland were very proud moments for me and my family.”

“The honour and pride of putting that red shirt on was phenomenal - I wasn’t just representing my country, but I was representing Newport County too.”

“Representing your club is a massive honour and an honour I wish to one day receive with the first team.”

“When I got the call-up, I was over the moon with excitement. Once I found out, I couldn’t wait to go away with my country.”

Academy manager Byron Anthony had this to say about their call-ups: “In recent weeks the academy has seen two scholars represent Wales at U17 and U19 level.”

“First year scholar Lewis Collins played in the UEFA qualifiers for the U17’s with second year scholar Momodou Touray making his full debut for the U19 side and picking up a goal.”

“It is fantastic for the Football Club to have players playing for their country, it displays the hard work going on behind the scenes is starting to pay off.”

Byron also praised defender Jay Foulston who has been in and around the Newport County AFC First Team Squad since the start of the season, making his debut against Southend United in the Carabao Cup and playing twice in the Checkatrade Trophy: “I’d also like to congratulate Jay who made a first team start against Swansea City at Rodney Parade which rounded off a brilliant month for our academy players.”

You can keep up-to-date with the U18s County Team via their Twitter or Facebook accounts and don't forget to look out for previews and match reports on our website.