Newport County AFC will begin their latest Emirates FA Cup adventure when they travel to Met Police FC on Saturday. It will be the first time the two sides have met in a competitive fixture and the home side will be looking to provide a giant killing against the Exiles at Imber Court. 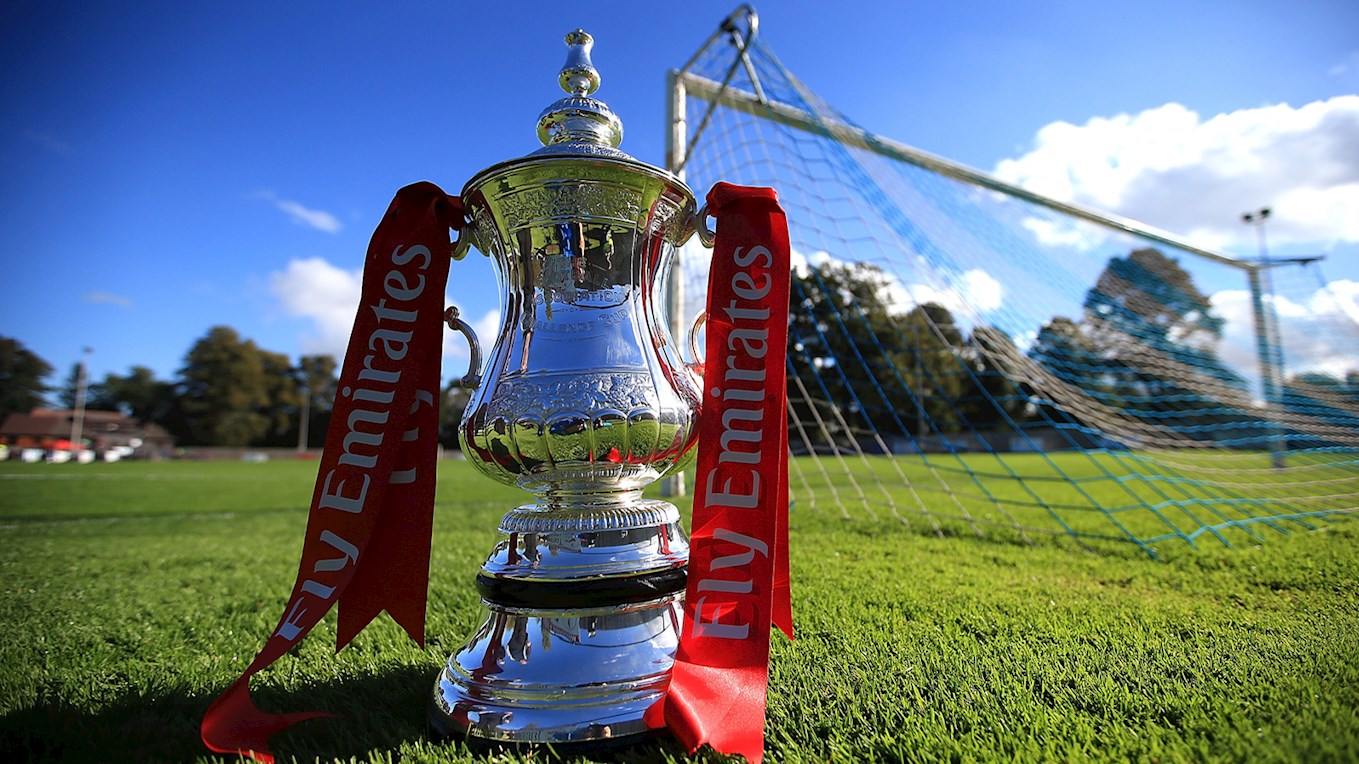 To earn the opportunity to host County in the First Round Proper of the prestigious Emirates FA Cup, Met Police FC have already had to contest six matches in the competition.

Starting their own Emirates FA Cup adventure on 8th September, the Blues defeated Cray Wanderers 3-2 at Imber Court. Despite taking an early lead through Jonny Wright, they were actually 2-1 down at half time, but an equaliser from Jack Mazzone and the matchwinner by Ethan Chislett sent them through.

A replay was required in the Second Preliminary Round after Met Police FC twice lost the lead in a 2-2 draw at home with Needham Market. Mazzone and John Gilbert were this time on target but a trip to Suffolk had to be made following the draw.

In the replay, the tables were turned as Met Police FC this time came from behind on two occasions to set up a dramatic finale, which resulted in Jonathan Hippolyte smashing home the winner in stoppage time. Mazzone’s individual purple patch continued, whilst Chislett again scored for the Blues.

The Third Preliminary Round again produced a goal fest as another replay was required following a 3-3 away draw at fellow Southern League Premier side Tiverton Town. This time, the Blues had to come from behind on all three occasions as Max Blackmore scored twice alongside Mazzone to take the tie back to Imber Court.

Met Police FC know how to do things the hard way in this competition and they again won a replay in the most dramatic of circumstances as Chislett crashed home in stoppage time to put them one step from the First Round Proper of the competition.

Their place in the hat for the first televised Emirates FA Cup draw of the season was secured on 20th October as they shocked National League outfit Havant & Waterlooville with a 1-0 victory at Imber Court. Mazzone again scored, although this one was worthy of winning any game following a 35-yard screamer. 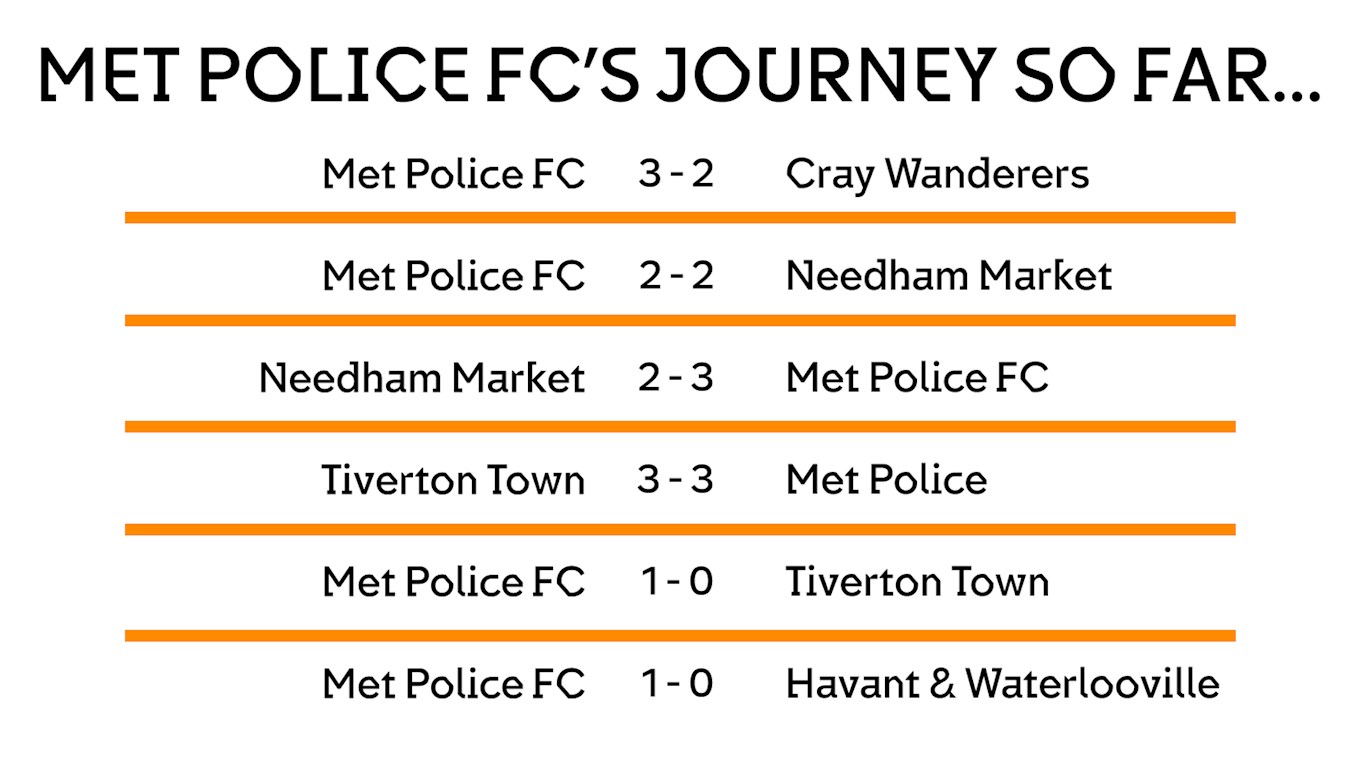 Met Police FC will be trying to rewrite history when hosting County on Saturday, as reaching the Second Round of the Emirates FA Cup would represent their best run in the competition.

They have fallen at the First Round Proper stage on four previous occasions – with Saturday’s clash being the fifth time they have got that far.

The Blues first ascended to that stage 12 years after forming as a club in 1919, although it certainly wasn’t the best result for the club as they were humbled 9-0 away at Northampton Town on 28th November 1931.

It took them over 50 years to get back past the preliminary rounds again and whilst they improved the actual scoreline, they still fell to a 3-0 defeat against Dartford at Imber Court on 17th November 1984.

Crawley Town are the ‘pantomime villains’ for the most recent two occasions that the Met Police reached the First Round Proper of the Emirates FA Cup as they knocked them out on both occasions – starting with a 2-0 victory at Imber Court on 13th November 1993.

In their most recent adventure to this stage of the competition, Met Police FC did at-least finally find the target, but the Red Devils ultimately won 2-1, once again at Imber Court on 3rd November 2012. Josh Simpson and Billy Clarke put Crawley in cruise control against a team 104 places below them, before Alan Tait got a goal back. 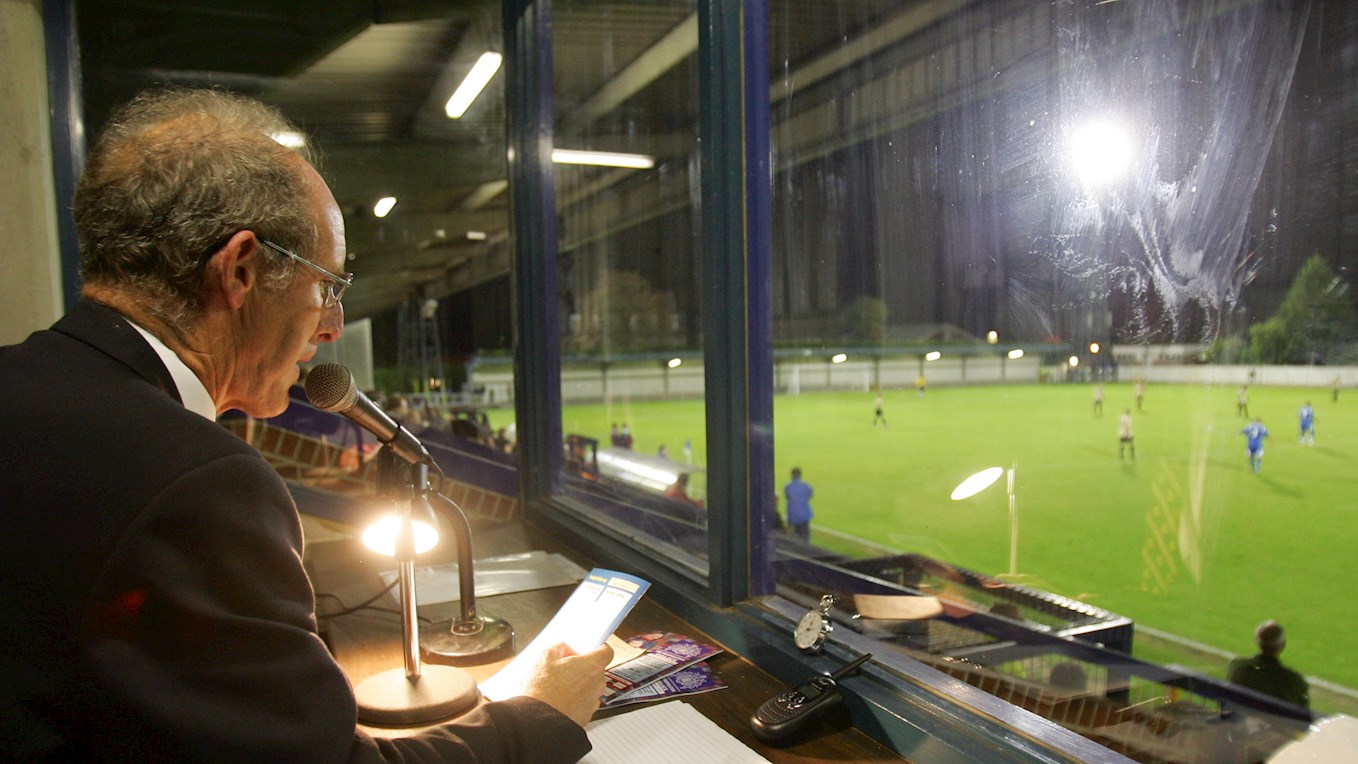 Regardless of what competition they have been playing in, Met Police FC have basically named the same team in every fixture with only minor changes, if any.

Therefore, it is expected that the side will compose the players that featured in the giant killing of Havant & Waterlooville and the most recent league fixture against Farnborough.

One to Watch – Jack Mazzone 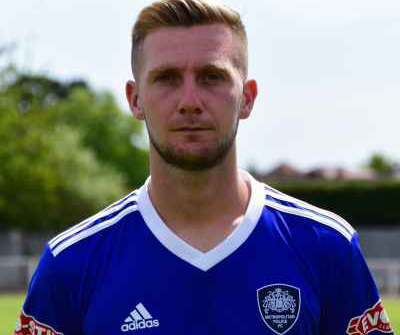 Regardless of whether Met Police FC set this new record of breaking their furthest ever run in the Emirates FA Cup on Saturday, their success to date must be credited mainly to striker Jack Mazzone.

The 25-year old has scored in five of their six matches in the competition so far, notching five in total, including the priceless winner against National League outfit Havant & Waterlooville in the previous round and a late equaliser to force a replay against Tiverton Town.

This form has been replicated in the league and the other cup commitments too, with Mazzone netting a total of 13 goals in 16 appearances so far in what is his first campaign with the Blues.

Starting in the academy setup at Woking in 2009, Mazzone spent three years in the various youth sides and spent two spells on loan at Hendon during the 2010/11 and 2011/12 seasons.

The striker was then promoted to the first-team for the 2012/13 season, although unfortunately didn’t feature in either Conference meeting with County as the Exiles secured promotion to the Football League after a 25-year absence. He did, however, feature twice in the cup competitions for Woking.

From there, Mazzone spent the 2013/14 and 2014/15 seasons at Godalming Town FC. In 2015/16, he started the campaign with the club but left midway through the season to pursue an opportunity with Knaphill.

Last season, the striker hit a really rich vein of form in-front of goal whilst plying his trade with South Park FC, scoring 32 goals, 28 of which were in the league, alerting Met Police FC who he joined over the summer.

Mazzone is a part-time sports coach teaching PE alongside playing football and speaking about the game, he exclusively told Newport County AFC: “You don’t get many opportunities as a non-league striker to play in a game with such magnitude. We’ll relish the moment together as we are a young squad and we’re not afraid of a challenge.

“It’s a challenge that we’ll hope to succeed in and while I know we are capable, it’s also far from an easy task. I’m sure we will all give it our best shot.” 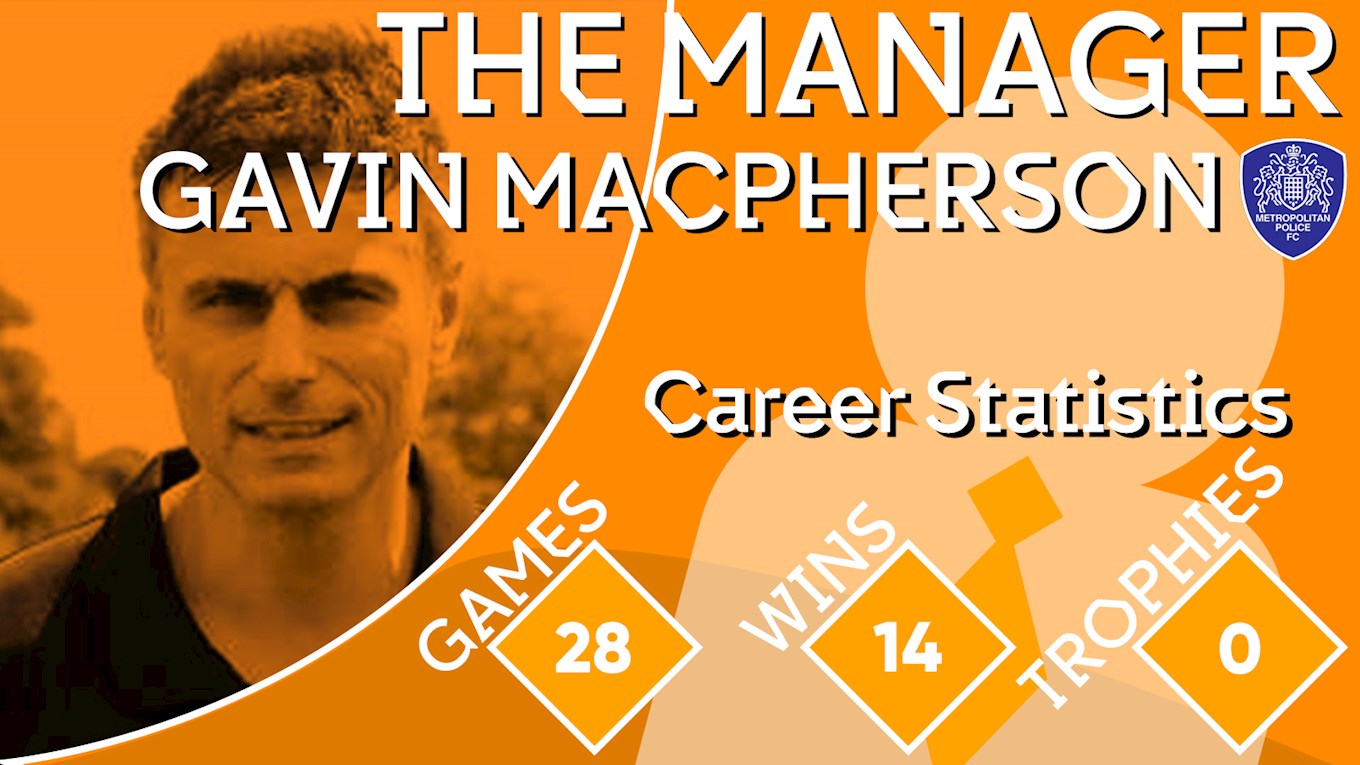 Having taken to the hotseat at the beginning of the campaign, it’s been a great start to life in management for Gavin Macpherson with some good league and cup results.

Macpherson was assistant manager to past long-serving manager Jim Cooper and has already matched his predecessor in terms of appearances in the First Round Proper of the Emirates FA Cup.

The Blues are comfortable in mid-table at the moment in the Southern League Premier table after 10 games, with the cup run meaning they have three games in hand and trail the play-off places by seven points.

This is Macpherson’s first managerial position and a 50%-win ratio proves he’s doing a good job to start with – and comes off the back of a successful playing career.

He came through the Nottingham Forest side when legendary manager Brian Clough was still in-charge, before going on to feature in the lower leagues for Barnet, Carlisle United, Wealdstone, Woking and Met Police FC. 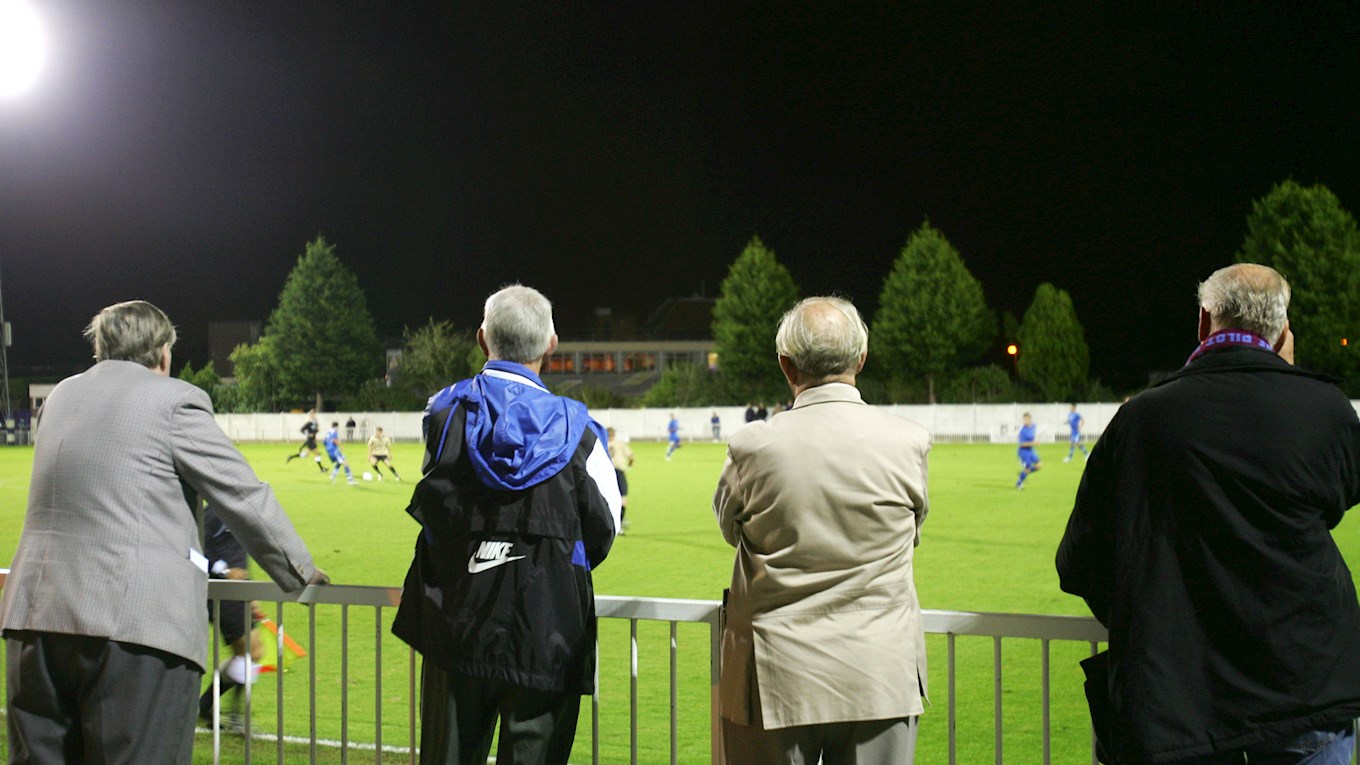 A quaint set-up in East Molesey, Surrey, Imber Court has been the home for Met Police FC since the inception of the football club in 1919.

Initially purchased as a training centre for the Metropolitan Police Mounted Branch, further acquisitions of land have seen the complex extended to include more sport and recreational activities.

Imber Court Football Stadium has a capacity of 3,000, of which 297 of those are seated. Some recent attendances for Blues matches have been 96, 129 and 400 respectively.

The football stadium is part of a wider-scale complex.

There are first-class facilities for cricket, rugby union, bowls, football, tennis, boxing, archery and swimming. Weddings and other special events can be catered for at the Surrey venue, alongside there also being a gym and fitness studios.

On matchday, County fans will be housed in both seating and standing areas. More ticket information can be found here. Tickets are currently on GENERAL SALE, with sales from the club shop lasting until 3pm today. On the day sales will only be available for cash only purchases.

The Exiles have been given a total of 1,000 tickets for this fixture in what is the first time they have travelled to East Molesey for a trip to Imber Court. It is also the first time Newport County AFC and the Metropolitan Police have ever met. 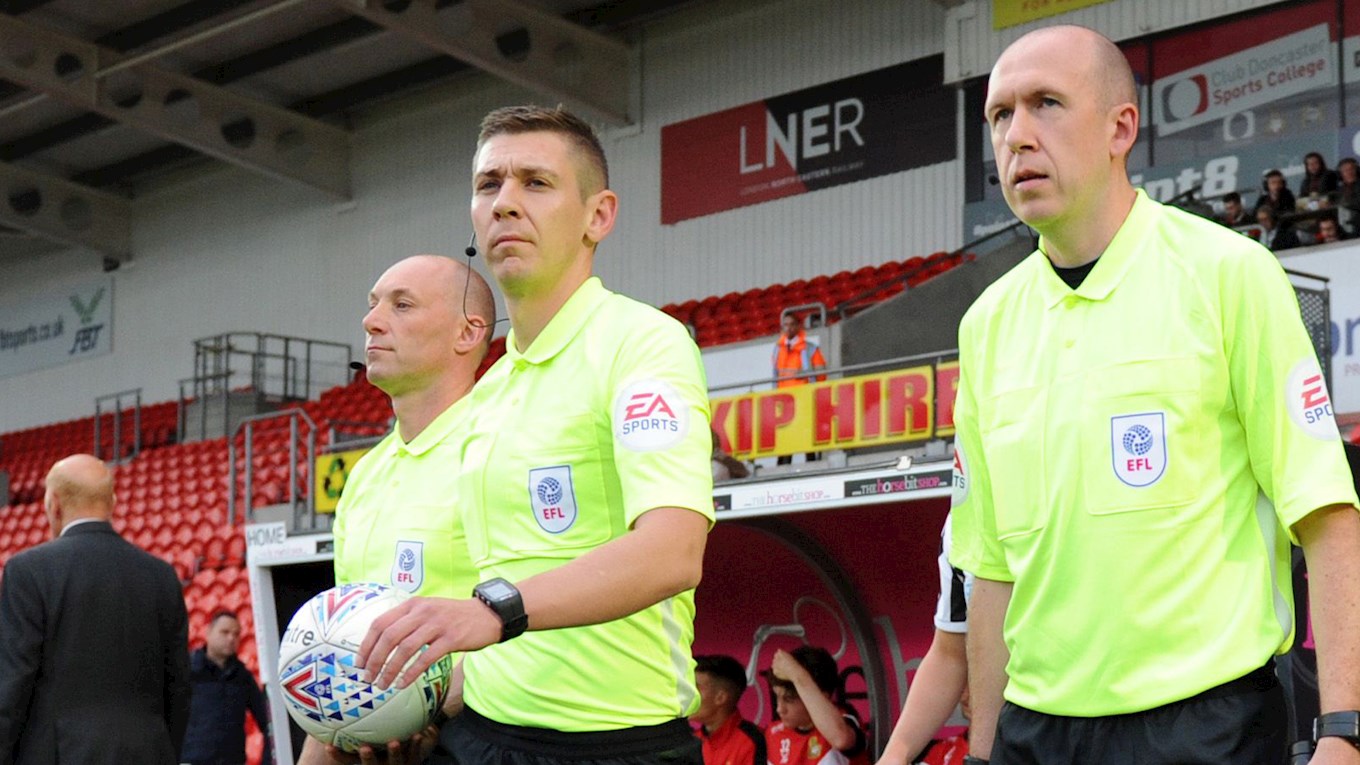 Saturday’s game will be a little bit of history for matchday referee Matthew Donohue as he takes charge of his first ever Emirates FA Cup First Round Proper fixture.

It will also be the first time he has been the man in the middle for a Newport County AFC fixture, as in his first Football League season, he has yet to previously officiate the Exiles.

He has refereed 14 games so far this campaign, giving out 46 yellow cards and two red cards, including four yellows on his League Two debut as Colchester United beat Port Vale 2-0 on 11th August.

There has only been one game this season where Donohue has not gone to his pocket and that was his most recent game as Barnsley beat Everton U21s on penalties in the CheckaTrade Trophy on Tuesday night.

Donohue’s season high of bookings for one match is seven yellows and one red card – that coming as Crawley Town stunned Lincoln City with a 1-0 victory at Sincil Bank on 8th September.

This debut season follows on from just the one season he spent in the National League, where he took charge of the play-off fixture between Sutton United and Boreham Wood as part of his 20 matches in total, giving out 47 yellows and two reds in the process.

As the game is a cup match, no live showing of this fixture will occur on iFollow Exiles. However, commentary by Tim Thraves can be found at the Match Centre from 2:45pm.

Football Focus, presented by Dan Walker, will be live from Imber Court for the First Round of the Emirates FA Cup. The programme begins on BBC One at 12.05pm and will last until 1pm.