Who’d have thought that choosing a newly promoted team on the game FIFA in the 2013 Season would eventually lead to you supporting that team from afar? Well that’s exactly what happened to Italian County Fan Matteo Nencioni.

After choosing to play the FIFA game with Newport County AFC, he found himself chatting online to a number of members of the Amber Army including Chris Silverthorne who has been instrumental in organising Matteo and his girlfriend Vittoria’s trip to the UK.

Matteo has now adopted the Exiles as his team and he and Vittoria have flown over from Italy just to show their support for the boys on the road at Crewe on Saturday.

We invited Matteo and Vittoria to the training ground to meet the players and manager today after training just to make that trip extra special! 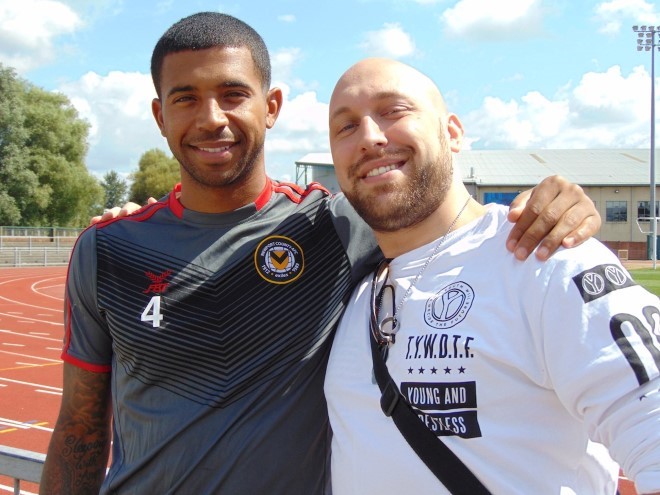 JOIN MATTEO, VITTORIA AND THE TEAM ON THE ROAD AT CREWE
ON SATURDAY
GET TICKETS HERE.