Newport County AFC were saddened to hear of the passing of Kieran Sanges over the bank holiday weekend.

Since Kieran had been diagnosed with cancer the club has been in regular dialogue with the family. Players visited Kieran at Ty Hafan hospice prior to the start of the season. 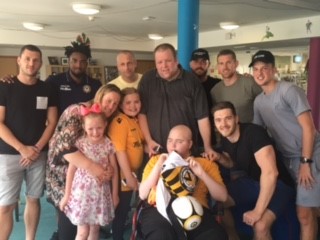 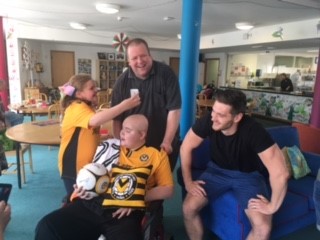 In addition many fans will have seen Kieran attend the pre-season fixture at Barry where he and his family were guests of the club.

We had hoped Kieran would be well enough to attend our homecoming game on Saturday but sadly he was not able to do so.  Before his illness Kieran was a regular at both home and away games accompanying his Father Matt.

To mark the passing, the players will be wearing black arm bands for tonight’s  game at Forest Green Rovers.

The Club offers its sincere condolences to the Sanges Family.