The entire Newport County AFC squad were bearing gifts this afternoon as they made many children smile with a suprise Toy Drop.

The combined efforts of Newport County supporters and staff, ASDA in Pillgwenlly, local boxer Sean McGoldrick, and a fantastic £500 donation by Ivor Morgan of the Masonic Hall in Newport meant there were hundreds of toys and treats to be delivered.

McGoldrick, who won a gold medal in the 2010 Commonwealth Games and is also sponsoring a Family in Need this Christmas, joined the squad on their visit and donated many gifts himself.  He said "It was great to be part of today's Toy Appeal and fantastic to meet all the Children.  I really hope all the Children have a fantastic Christmas."

Manager Michael Flynn added: "It puts life into perspective that some children won’t be home at Christmas. If there's anything we can do as a Football Club to put a little smile on their face, we will do it." 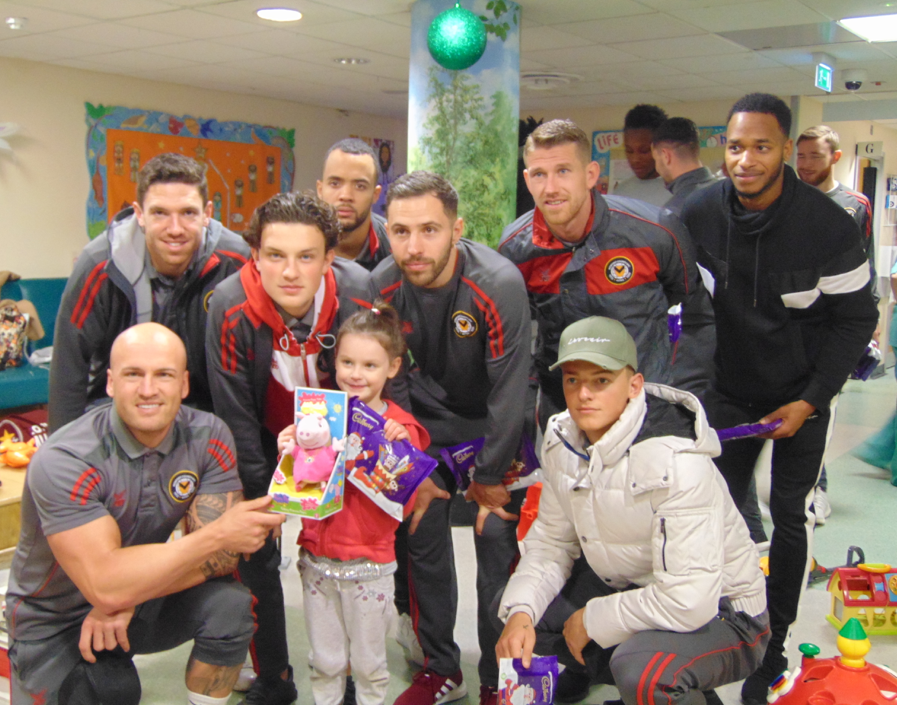 It is the fourth year in a row that the Club has visited the hospital and all of the players were delighted to help in anyway they could. 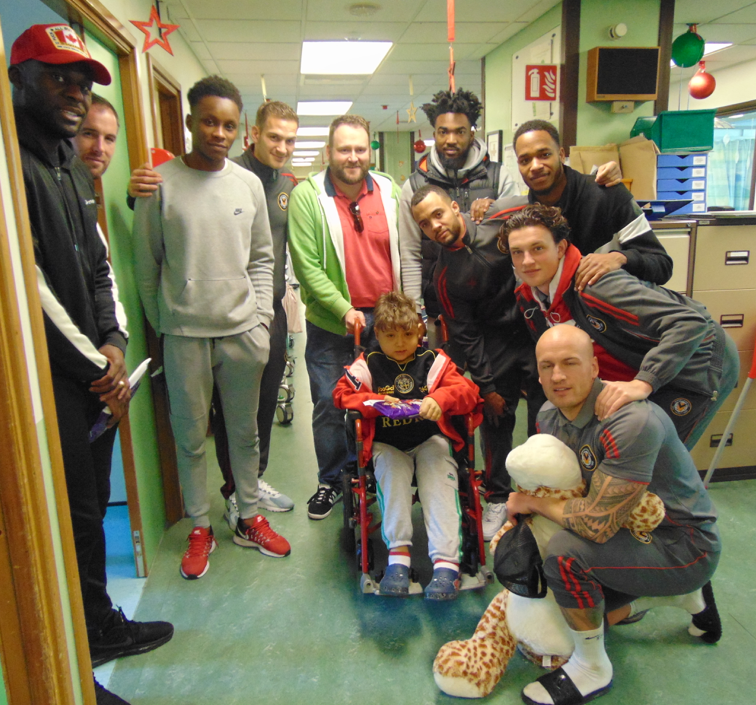 The squad split in to two groups and each individual player was keen to chat and present gifts to the children in the wards. 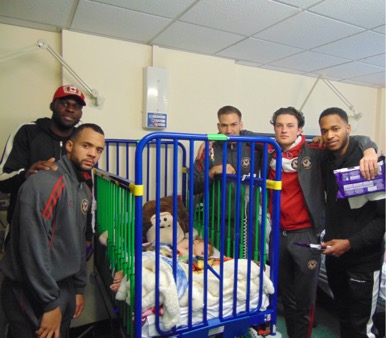 Around one hundered gifts of all shapes and sizes were donated, there was something for everyone in a wards which are currently treating children from day old babies right up to 17-year-olds. 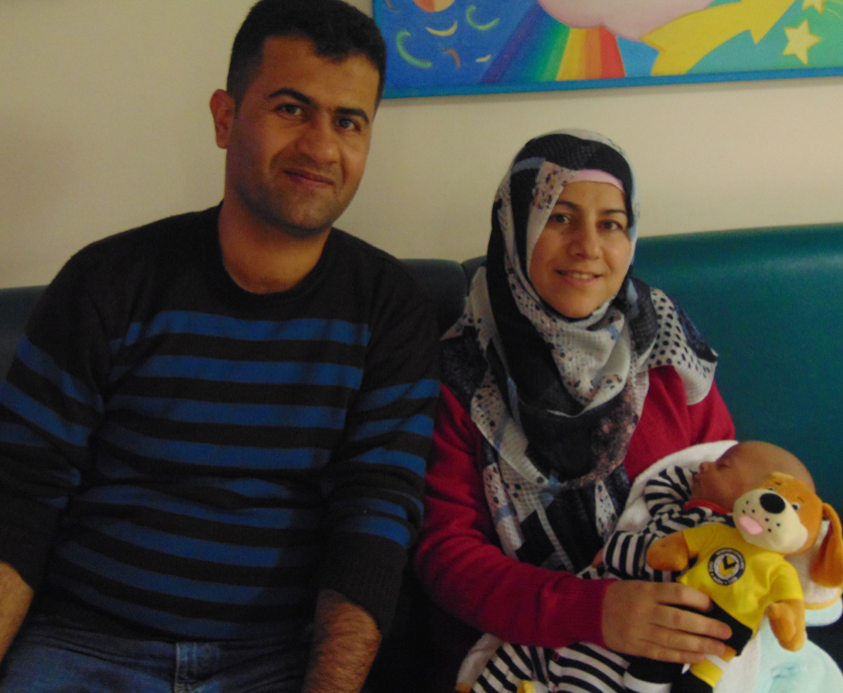 Izzy was cheered up by some @NewportCounty player that came to the children's ward today. pic.twitter.com/8WpYUNLXMz

Defender David Pipe said "To see a child in pain or in need smile from a visit near Christmas is a special and humbling feeling. It's the best Christmas gift I could ask for." 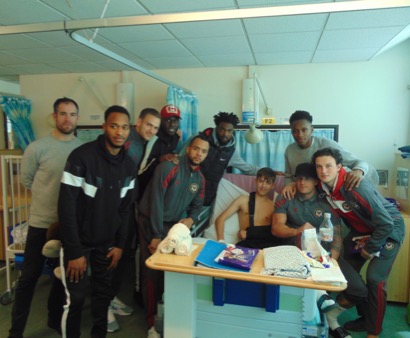 The Club has also donated tickets to the Children's ward and we're hoping to welcome many of the Children to our match vs Crawley Town towards the end of January.

Defender Mickey Demetriou said: "It’s always a privilege to be able to go and visit the Children’s Ward. Whether the kids have been in and out of the ward for the last few weeks or have only been in overnight and are hoping to go home tomorrow, it’s always a difficult time for them and of course all their family members. So to be able to go and hand out a few chocolates and teddies to help put a smile on their faces makes it a rewarding experience for everyone."

Thank you to @NewportCounty and @Sean1mc who visited the Children's ward and A&E at the Royal Gwent Hospital today to spread some festive cheer and give gifts to the children. pic.twitter.com/Gggo3WrR3O

We would like to thank everyone the Royal Gwent Hospital for allowing us to visit them today and we'd like to wish everyone spending time in the Hospital this Christmas time a speedy recovery.