Lincoln City are the last team to visit Rodney Parade in 2017 when they head to South Wales on Saturday. The Imps are looking to secure back-to-back promotions having won the National League last season, while County will be looking to leapfrog the visitors and into the play-offs with victory.

The Exiles will face one of the form sides in the division on Saturday, as Lincoln City head to Rodney Parade boasting a record of four wins and two defeats from their previous six matches.

Only Luton Town and Colchester United have amassed a superior point tally during that time, in a run that starts with an emphatic 4-1 win at Crewe Alexandra.

Harry Anderson scored twice on that occasion, while an own goal and an Elliott Waterhouse strike completed the routine victory.

But the Imps then suffered successive defeats to derail their bid for back-to-back promotions.

The first came in the 2-1 home defeat to Coventry, Matt Rhead’s goal not enough to take anything from the game following strikes from Jodi Jones and Duckens Nazon.

They then failed to score in the 1-0 loss at Colchester United, before returning to winning ways against Port Vale.

Matt Green, Michael Bostwick and Luke Waterfall all scored in the 3-1 success at Sincil Bank, as the Imps put themselves on the cusps of the League 2 play-off positions.

And they duly rose into the top seven with a 2-0 victory at Yeovil Town. Green scored again, while his strike partner Matt Rhead also found the net.

Goals from the same duo in the 2-0 victory at home to fellow play-off contenders Accrington Stanley ensured they remained in 6th place ahead of their trip to Rodney Parade. 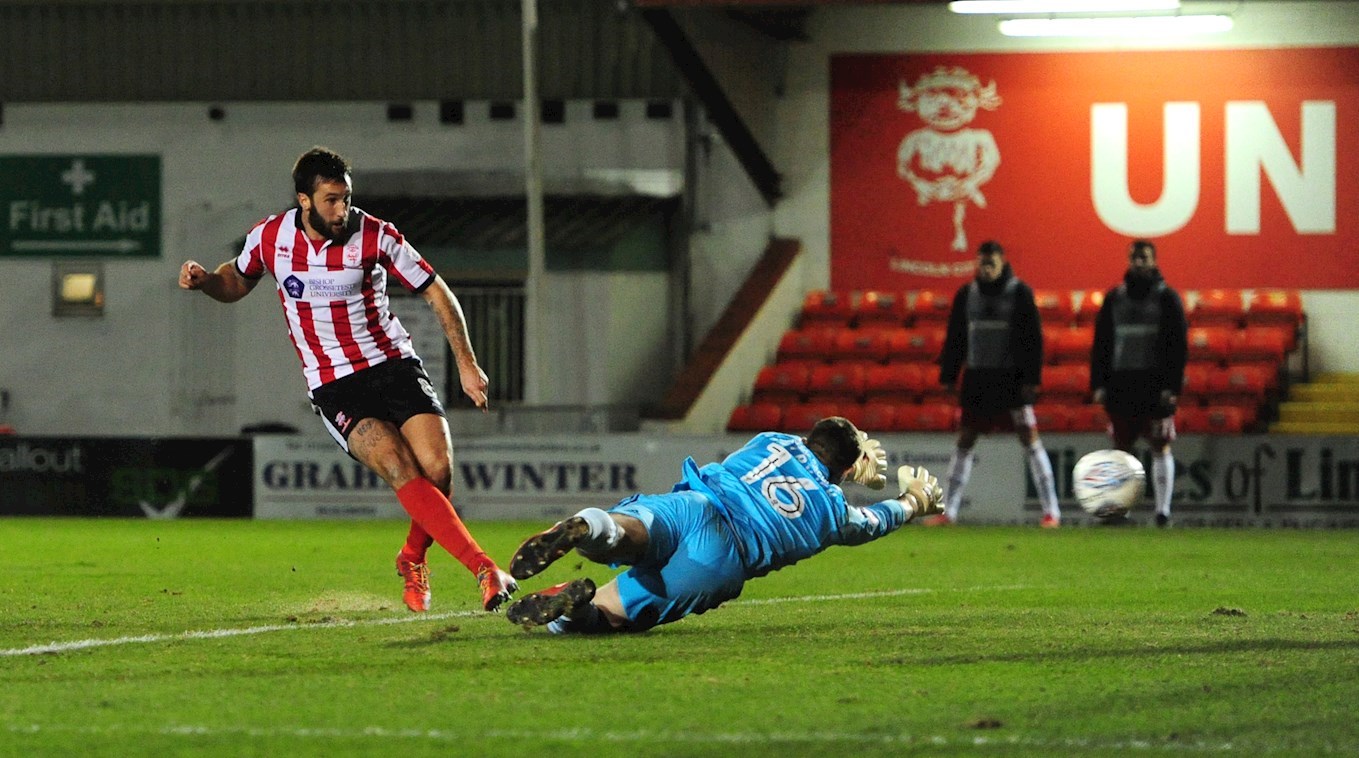 Lincoln City have no fresh injury concerns for their trip to South Wales.

As a result, Imps manager Danny Cowley named an unchanged line-up for the Accrington win last weekend and may stick to the same eleven again this time out.

One to Watch – Sean Raggett 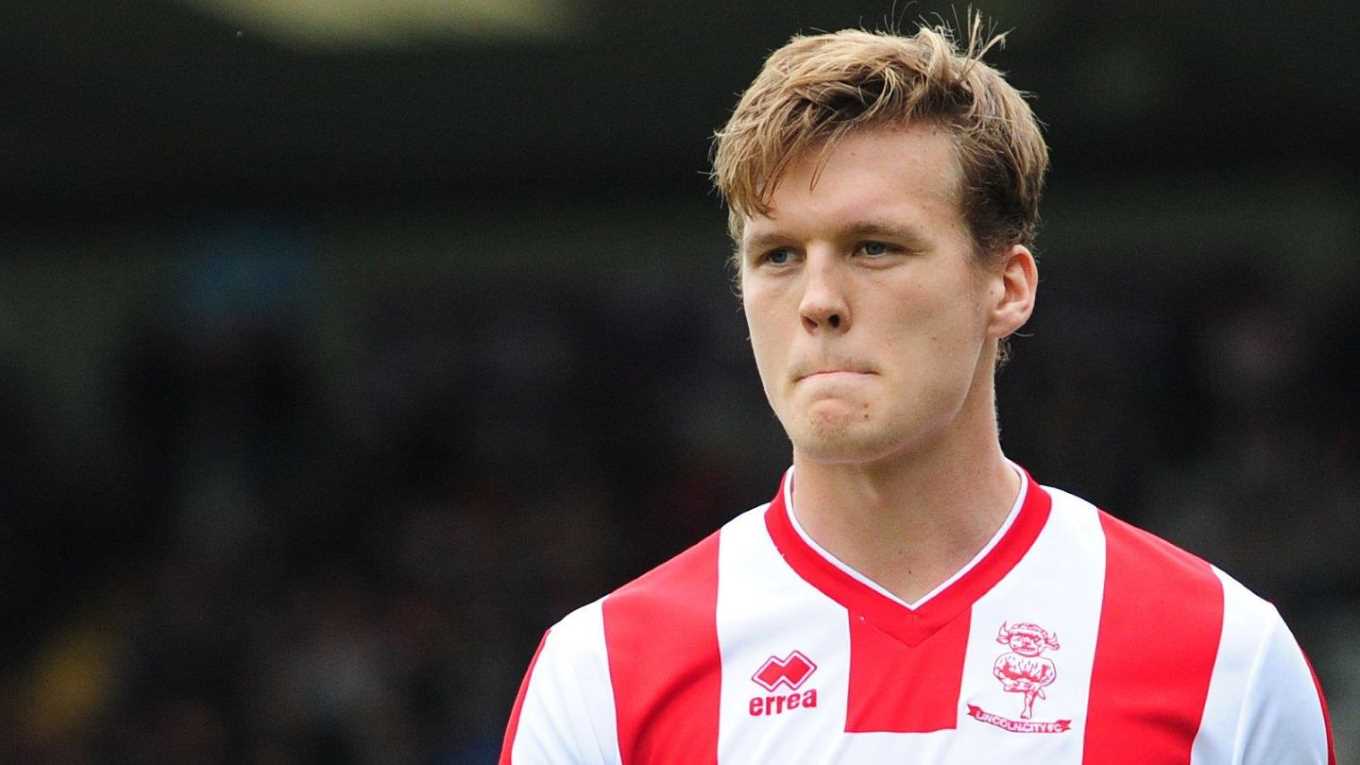 Raggett has been at the heart of one of League 2’s meanest defences so far this season, as Lincoln City have conceded just 19 goals this campaign.

But Raggett has also got goals in his armoury and has netted three already this campaign – two of which have come on the road.

The 23-year old got the equaliser in the 2-1 victory at Stevenage while also scoring the winner at Swindon Town.

His other goal was also a match-winner, with Raggett’s header securing a 3-2 success over Accrington Stanley in the CheckaTrade Trophy to send them through to the knock-out stages.

However, it still remains unclear as to whether Raggett will still be with the club for that round three tie at Rochdale, as the defender’s loan deal is due to expire in January.

He is on a half-season loan from parent club Norwich City, who actually signed Raggett from the Imps over the summer for an undisclosed fee plus allowing him to temporarily return to the club.

That move came after a stunning debut season with the Imps, in which he netted eight goals from 52 appearances.

The most famous of those goals will be the 88th minute winner at Burnley, while his remaining goals earned his side eight points in the National League.

Prior to signing with the Imps, Raggett came through the academy of Gillingham before joining Dover Athletic.

He made over 150 appearances for the club, alongside loans at Henre Bay and Whitstable Town, before the move to Lincoln City ahead of the 2016/17 season.

Raggett has also been capped by the England ‘C’ side. 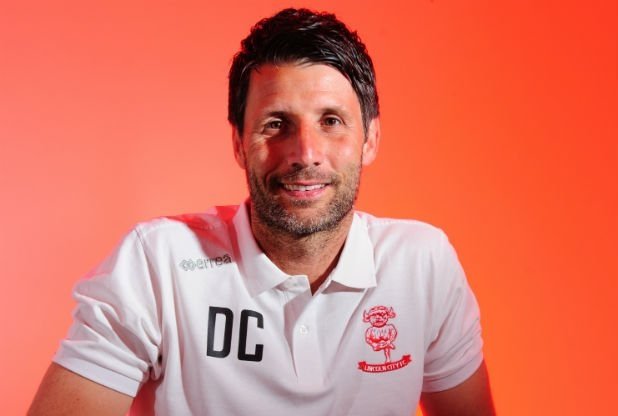 Cowley has been in charge at Lincoln City since 12th May 2016 following the departure of previous manager Chris Moyses.

That means he has overseen 89 games to date, with a win percentage of 60.7%. That sees Cowley winning 54 of the previous matches, while he has suffered defeat on 17 occasions and a further 18 draws.

Speaking ahead of our encounter he said: “It’s good to go into the Christmas period in form, and playing confidently, but we have a really tough game against Newport next. It’s a tough place to go just before Christmas.”

In his first season in charge at Sincil Bank, Cowley and his team broke numerous long-standing records.

They became the first non-league side since QPR in 1914 to reach the Quarter-Finals of the Emirates FA Cup, after a 1-0 win over Premier League Burnley sent them into the last eight.

That triumphant run in the cup was also twinned with being crowned National League champions, which they won by four points having amassed 99 points during the season.

His stint at Lincoln is his third managerial position to date, in a career that has had immense success.

Cowley first took the job at Concord Rangers whilst they were playing in the Essex Senior Football League. Three promotions in six years saw them in the National League South, where they narrowly missed out on a further promotion and made the first-round proper of the Emirates FA Cup.

Braintree then came calling for Cowley ahead of the 2015/16 season, as the 39-year old continued to increase his profile as a manager.

He guided them to a league-high position of third in the table, although they were knocked out of the play-offs by Grimsby Town.

That success saw Cowley earn the Lincoln job as he looks to guide them to back-to-back promotions into League 1 this campaign.

Prior to turning to management, the midfielder had a relatively low-key playing career. He turned out for clubs including Dagenham & Redbridge, Romford and Boreham Wood but has found his greatest success in management. 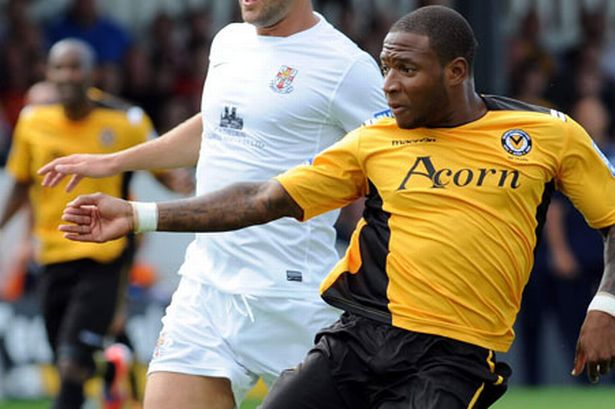 This will be the 47th competitive meeting between the two sides.

The Exiles narrowly boast the better head-to-head record having won 17 previous meetings. The Imps aren’t far behind with 16 victories of their own, while there have been 13 draws.

Lincoln won the first meeting between the two sides, in a 3-2 home victory on 23rd March 1962.

You only have to wait another three days to find County’s first success over the Imps, as they secured a 4-0 home victory on 26th March 1962.

In more recent years, the two sides have met on four previous occasions whilst together in the Conference.

A 1-0 victory for County was secured thanks to an Ismail Yakubu goal, while the Imps won 2-0 at Sincil Bank through goals from Mark McCammon and John Nutter.

The most recent meetings then came in County’s 2012/13 promotion season where the Exiles won both meetings between the two sides.

A double from Aaron O’Connor helped County to a 2-1 win at Rodney Parade, only the second competitive game for County at the stadium, before an emphatic 4-2 away victory.

The date was 12th January 2013 and is the most recent meeting between the two clubs. A double on debut from a certain Robbie Willmott aided the Exiles cause on the night, while O’Connor again scored twice against the Imps. 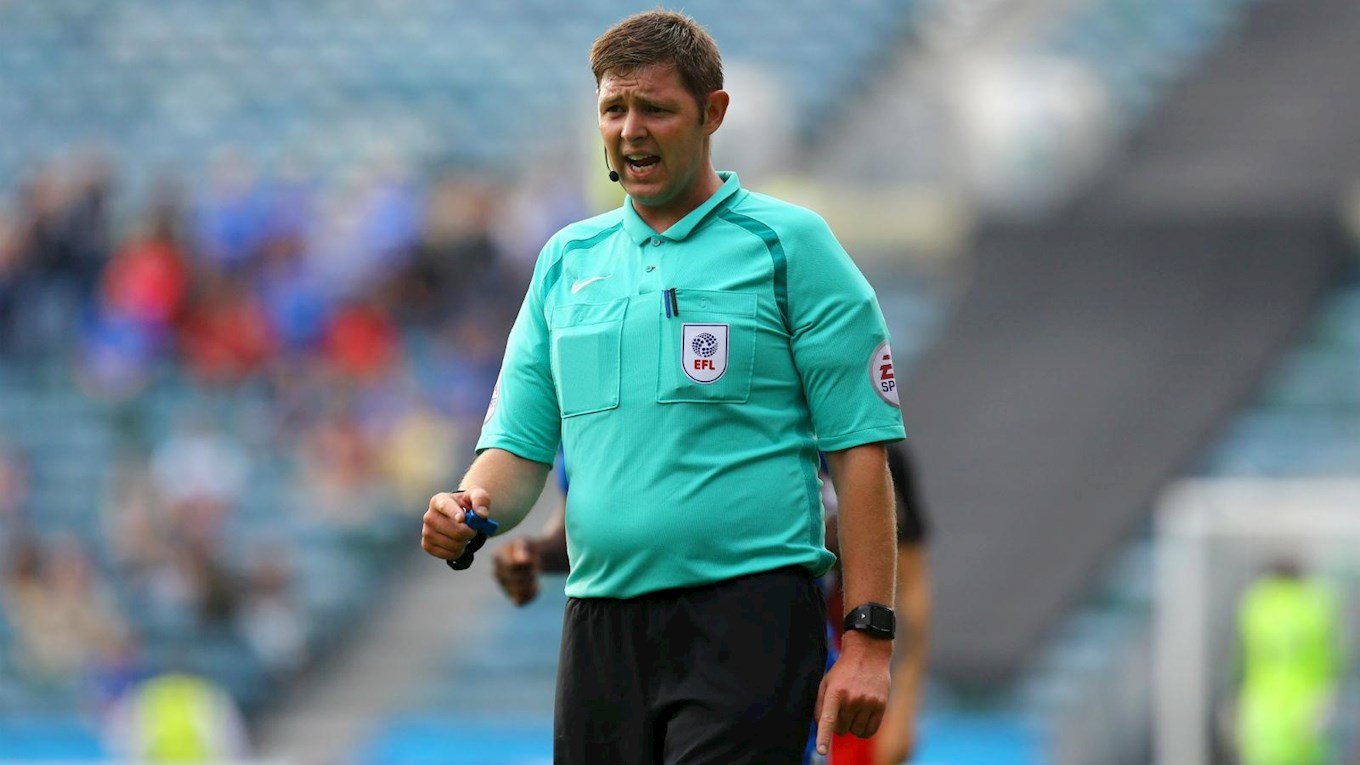 Huxtable is currently embarking on just his second season as a Football League referee having spent several years in the National League.

As-well as 12 games as a fourth official, Huxtable has refereed 22 matches already this campaign, the last of which came on 16th December in Wigan’s 4-0 win at AFC Wimbledon.

That follows on from his record in his debut season in the Football League, which reads as 140 yellow cards and five red cards from 38 matches. 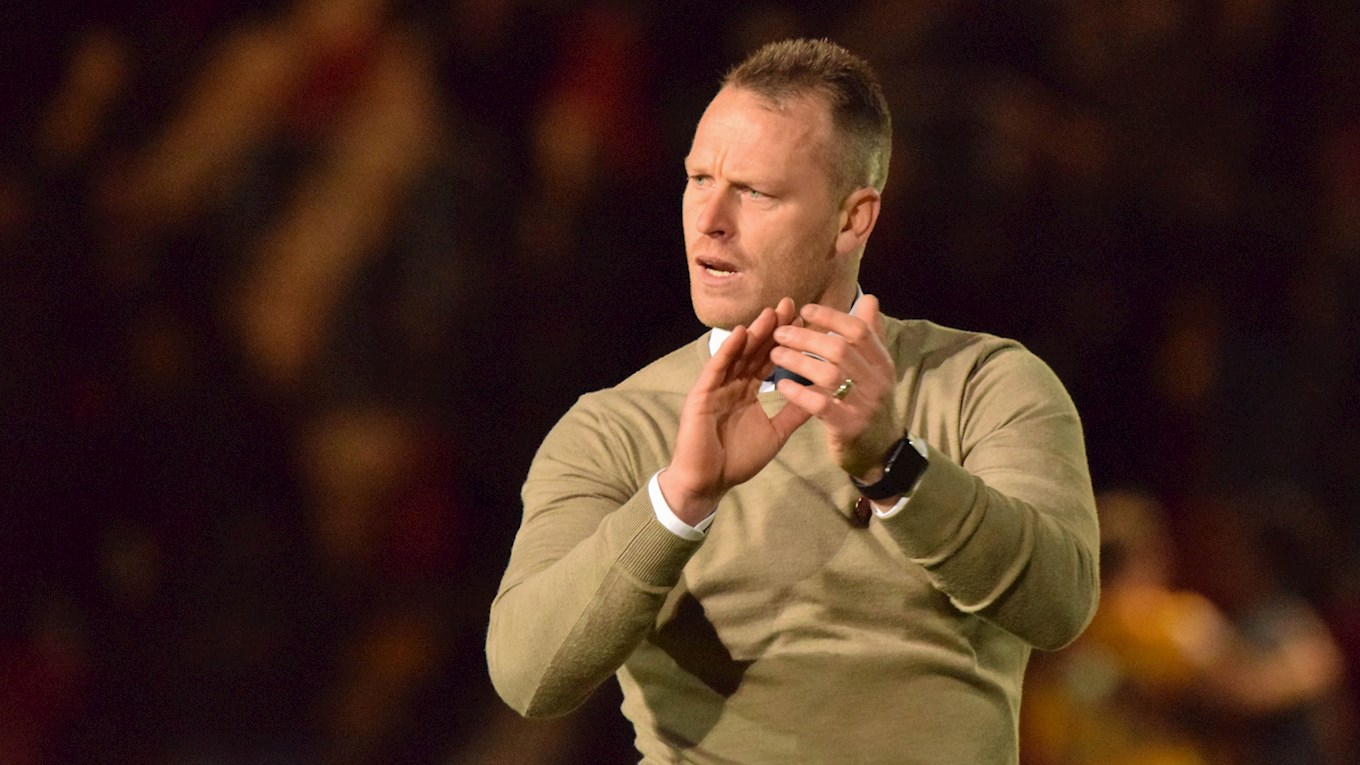 Huxtable has refereed County on nine previous occasions, including twice already this season. The Exiles have won three of the games in which Huxtable has officiated, drawing on one occasion and losing the other five.

The two games Huxtable has officiated already this campaign have both come in the CheckaTrade Trophy. Tom Owen-Evans and Robbie Willmott were both booked for County in the 2-0 defeat to Forest Green Rovers.

Owen-Evans was booked again in the 2-1 defeat to Swansea U23s, the only booking brandished by Huxtable on the night.

Last season, Huxtable refereed County on three occasions. The first of those came in the Exiles 2-1 defeat to Swansea City U23s in the Checkatrade Trophy. Four yellows were given in that game, two to each side, Mark Randall and Jazzi Barnum-Bobb booked for County.

He then officiated the 4-1 FA Cup win over Alfreton Town. Josh Sheehan was booked for County, in one of three yellow cards.

The final game last season came in the 3-1 defeat to Blackpool. Another four yellow cards were given out, three of which to County, Dan Butler, David Pipe and Scot Bennett all booked.

Another three County games were officiated by Huxtable in the promotion season of 2012/13. The first came in County’s first competitive game at Rodney Parade, as the Exiles beat Nuneaton 4-0.

The second came in the 3-2 defeat to Woking. One card was given out to the visitors, none for County. The final game was County’s 4-1 win against Macclesfield. Three yellow cards were given to the visitors.

Huxtable also officiated a County game in the 2010/11 season. That came on 11th December 2010 as the Exiles were held to a 0-0 draw in the FA Trophy by Wealdstone. No bookings were awarded to either side.