The Exiles head to Cambridge for the second meeting between the two sides in just 13 days following the match in the Emirates FA Cup at Rodney Parade. The home side will be looking to avenge that defeat while County head on their travels looking for a first win in Cambridge since 23rd February 1985. 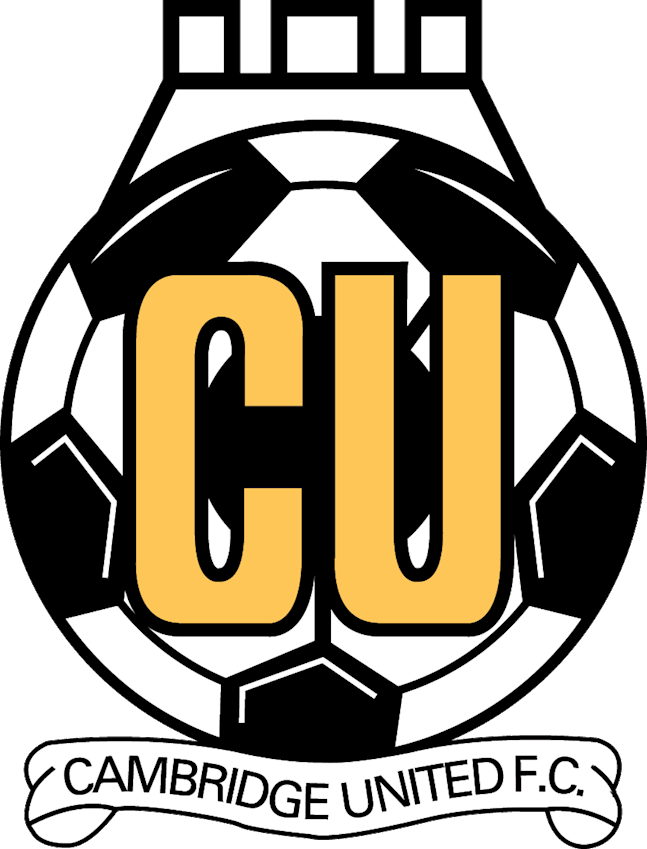 Despite conceding last weekend, Cambridge United have still kept the joint highest number of clean-sheets in League 2 this season, as the U’s and Coventry City have kept 10 thus far.

Three of those shutouts have come during their previous six league matches, in which time the side have amassed six points, following one win, three draws and two defeats.

Two goalless draws start that run. The first came at Grimsby Town, while Accrington were also held at the Abbey Stadium.

In their next game, however, The U’s suffered somewhat of a humbling at Luton Town. The Hatters scored a few contenders for goal of the season during the game at Kenilworth Road, eventually winning 7-0.

Another goalless draw followed just four days later, this time at Cheltenham Town, before they scored for the first time in five League 2 matches in a 1-0 victory over Stevenage. Uche Ikpeazu scored with two minutes to go to settle the contest.

In their most recent game, the U’s remained in 13th place in the League 2 table after a 2-0 defeat at Port Vale. Christian Montano scored a double for the Valiants to ensure that Cambridge United have only scored one goal from their last six league outings. 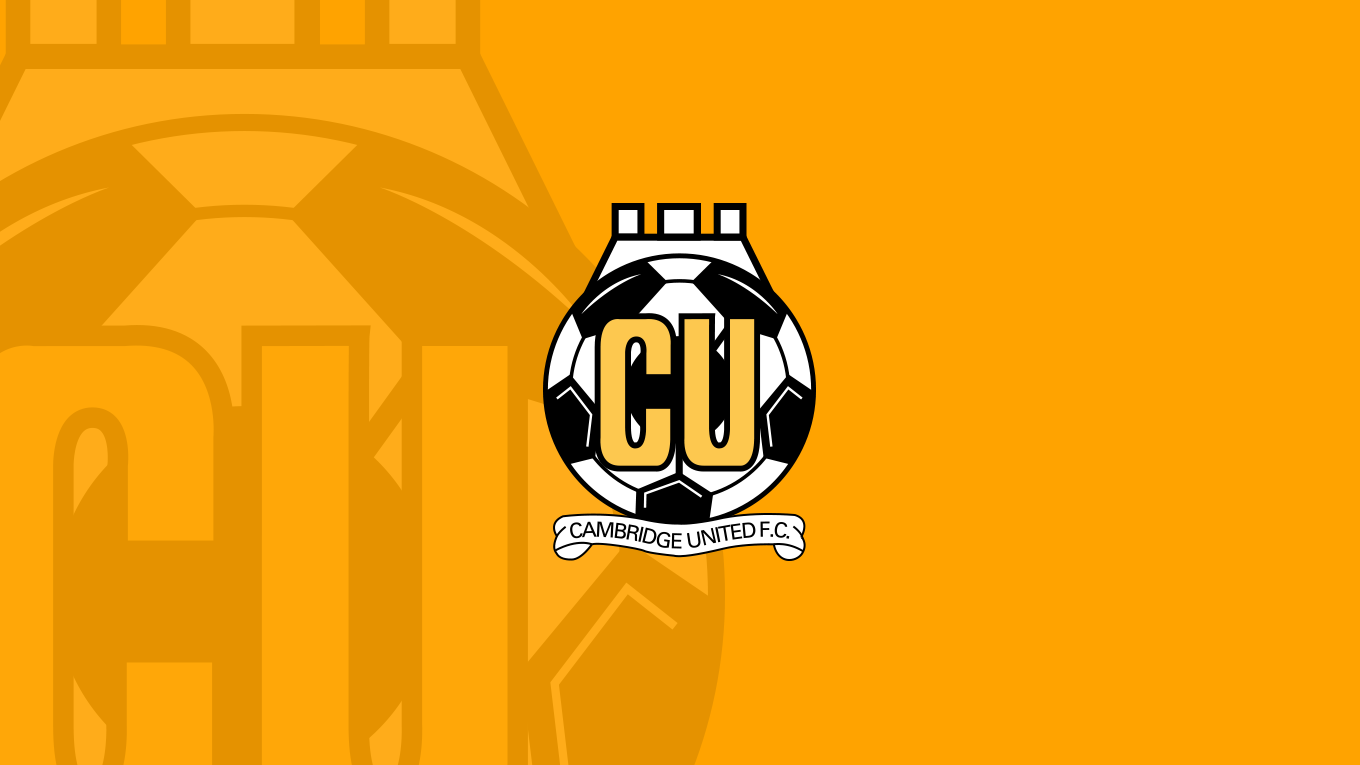 Cambridge have a couple of concerns ahead of our visit through both injury and suspension.

Striker Uche Ikpeazu will definitely miss the game after being sent off for two bookable offences at Port Vale last weekend, the second time already this season he has missed a game through suspension.

His attack-partner Jabo Ibehre is a doubt for the game at the Abbey Stadium after being forced to withdraw in the same game through an unspecified injury. The pair have scored 13 goals between them already this campaign.

Midfielder Gary Deegan remains side-lined with a broken foot, an injury that he remarkably played with for three games before the problem was finally diagnosed.

And fellow midfielder David Amoo is also expected to be unavailable. The 23-year old picked up an injury during the Emirates FA Cup clash at Rodney Parade and is yet to return to full fitness.

Cambridge manager Shaun Derry made one change from our cup tie for the match at Port Vale, as Piero Mingoia replaced Jevani Brown.

One to Watch – Jabo Ibehre 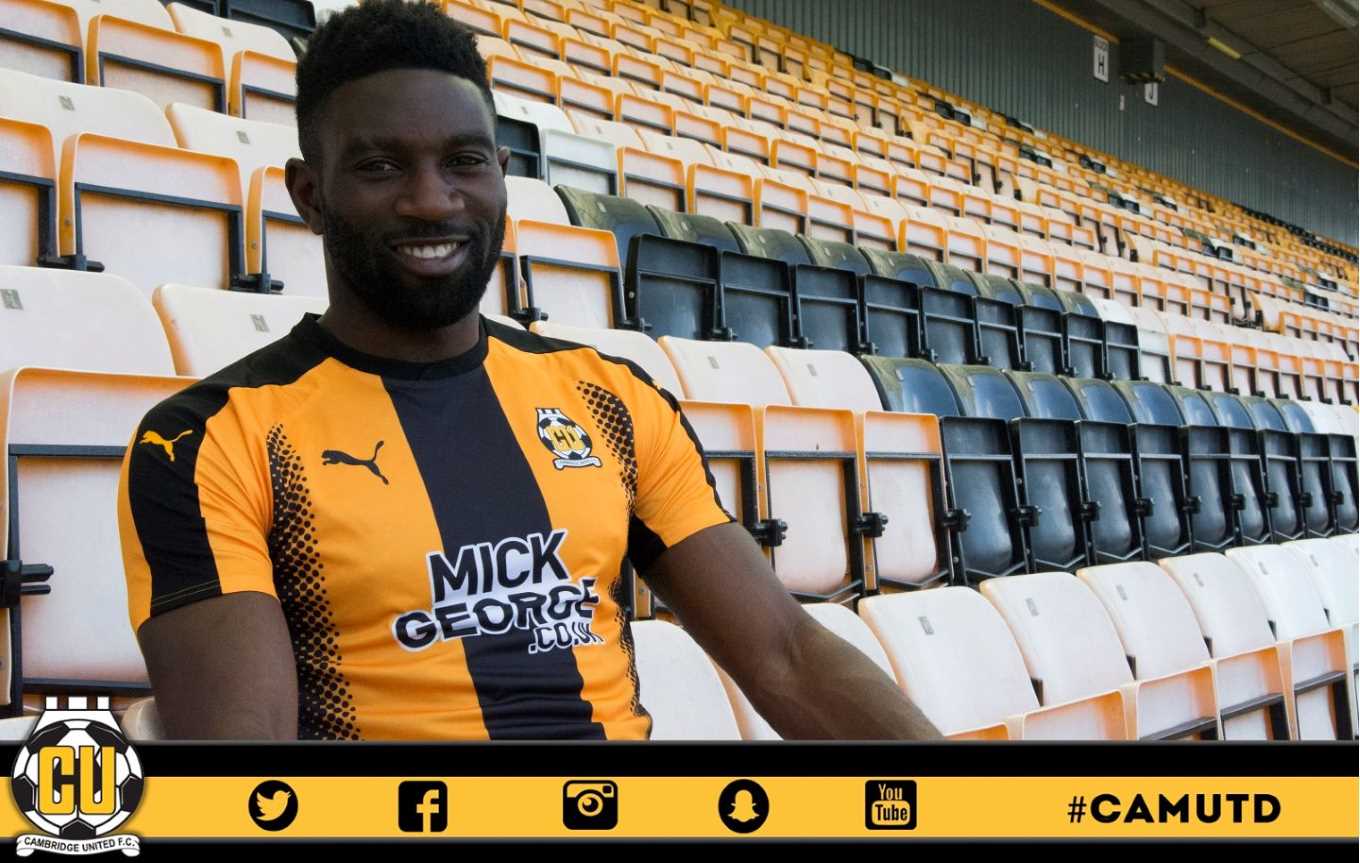 The 34-year old will be a constant threat to the County defence if he is fit to start.

He has five goals already this campaign for the club he joined over the summer, three of which have come at home.

Ibehre scored the winner against Sutton United in the Emirates FA Cup, while also netting past Coventry City and Forest Green Rovers. He has also scored match-winners with his two away goals, both in 1-0 victories at Crewe and Crawley.

He joined the U’s over the summer having rejected a new contract from Carlisle United.

Ibehre spent two seasons in Cumbria and had his best success with the club. His tally of 17 goals in his debut season is his best goal scoring return for a campaign, while he found the net on 14 occasions last season, including against County in Carlisle’s 2-1 win.

He spent the longest time at one club with the first of his career as he joined Leyton Orient as a youth player. Over eight seasons in the first-team, Ibehre made more than 200 appearances and scored 41 goals.

Walsall then came calling for a season, before the offer to join Roberto Di Matteo at MK Dons was too good an opportunity to turn down.

His first season didn’t quite get off the ground like he would have liked, but he found his way back into the side following loan spells at Southend and Stockport.

A loan and subsequent permanent transfer to Colchester then came in 2012. But after two good seasons, Ibehre fell out of favour at the club and had more loan spells with Oldham and Barnsley before the move to Carlisle.

All this means Ibehre has scored 129 competitive goals during his career from over 600 appearances.

Interestingly, the striker has never won a trophy during his 17-year career, although did win the Colchester United player of the year award in 2013. 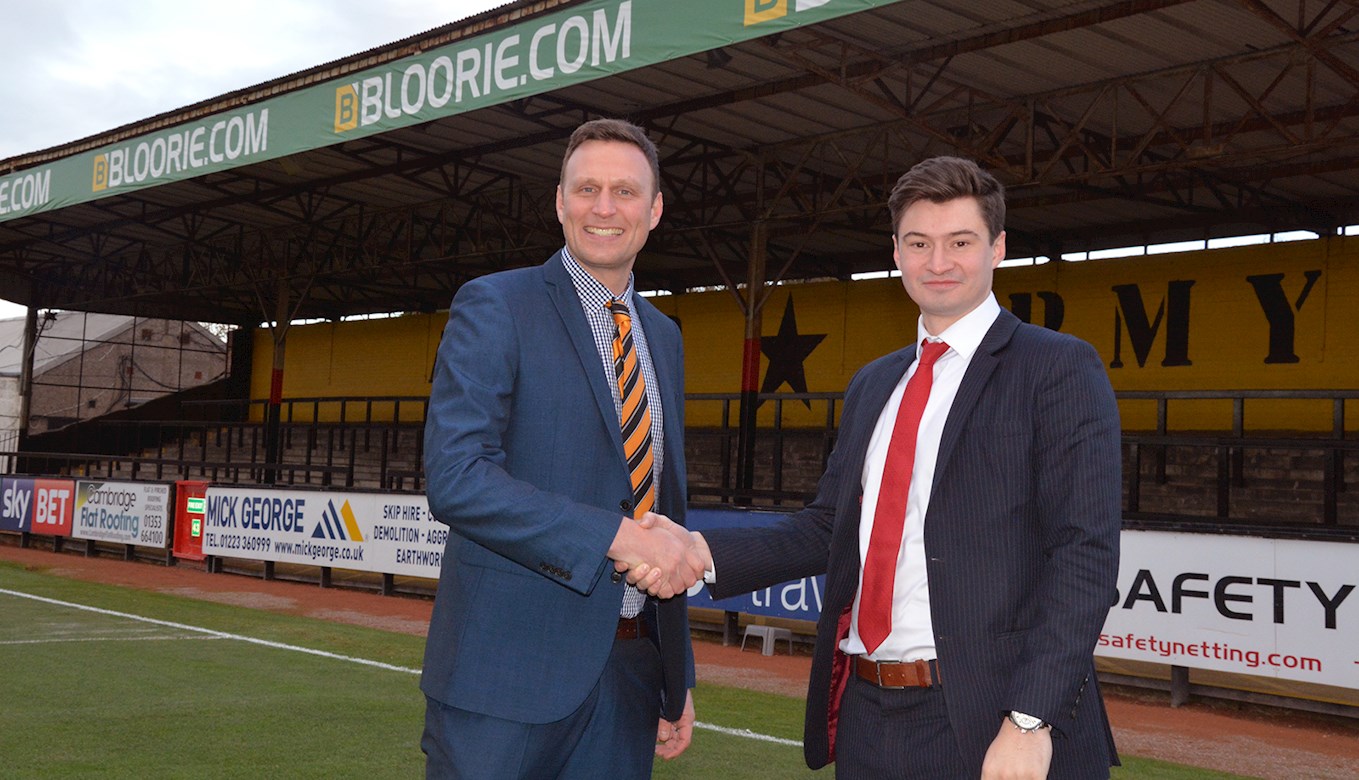 Supporters of Cambridge United rejoiced earlier this month with the news that the name of their stadium would be reverting back to the Abbey Stadium.

The news came after key club sponsor Cambs Glass, who originally owned the naming rights of the ground, allowed the club to embrace its heritage and moved its sponsorship into other aspects of the club.

It has been home to Cambridge United since 1932, and has a current capacity of 8,127 although a record for the stadium came in 1970 as 12,000 fans saw the friendly with Chelsea.

Away fans will be housed in the Marston’s Smooth South Stand behind one of the goals. It is an all seater stand and will be able to accommodate up to 1,500 away supporters. 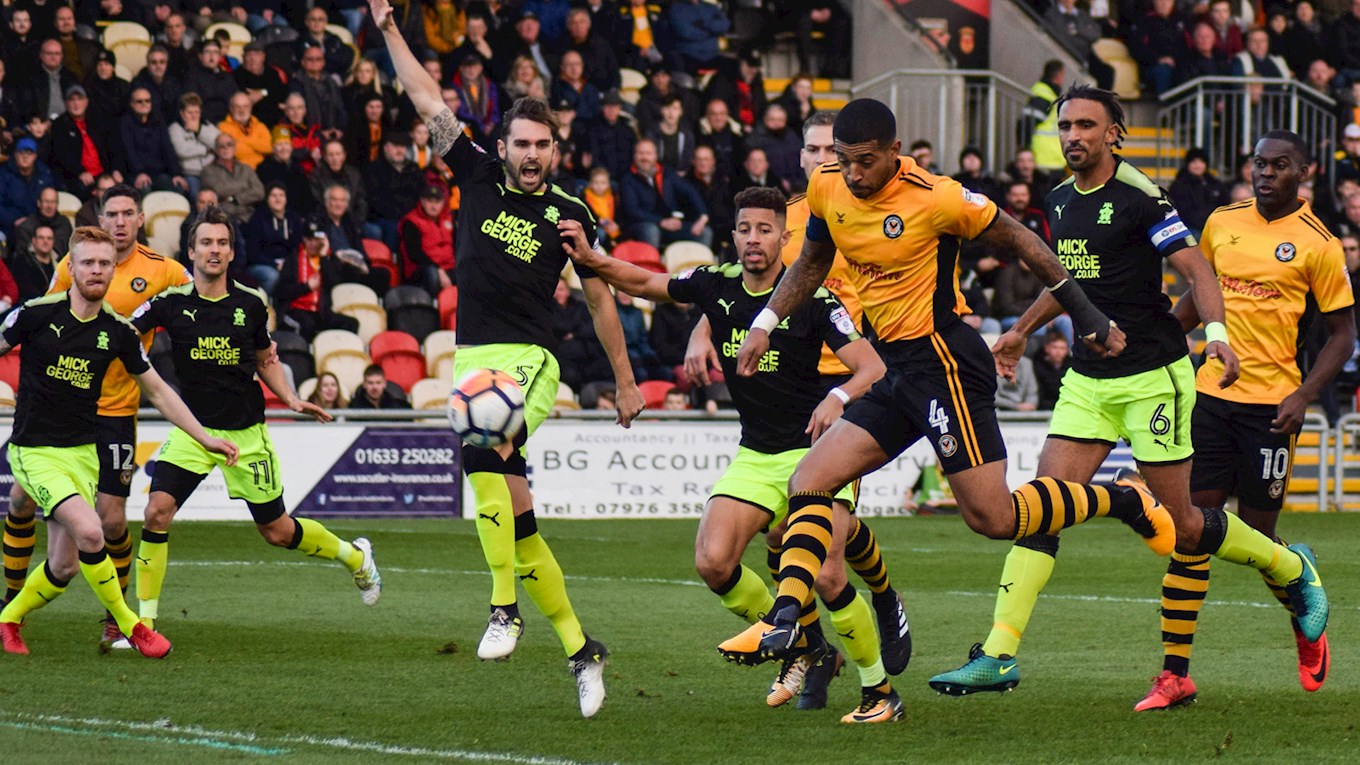 The Exiles booked their place in the Emirates FA Cup Third-Round for just the second time in 32 years with a 2-0 victory over Cambridge United.

Captain Joss Labadie scored both of the goals for County at Rodney Parade, with the opener coming just 93 seconds into the game.

It came after Matty Dolan curled an inch-perfect free-kick right across the face of the Cambridge goal, with Labadie there at the right time to expertly guide a calm side footed finish into the top corner from all of four yards.

Ben White was forced to clear one off the line as Cambridge came in search of forcing a replay late-on, the eighth time the Brighton loanee has done that already this season, only for Labadie to provide a sucker-punch to the U’s with eight minutes to go.

And what a goal it was to book County’s place in the next round.

And after resisting the temptation to play the ball early, Nouble skipped past the challenge on the right-hand side, before drilling the ball back to the penalty spot for Labadie to volley home past a helpless David Forde in the away goal. 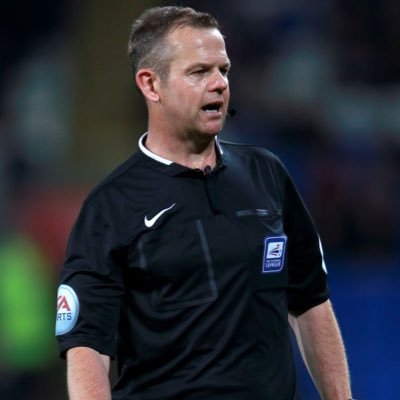 Sarginson is currently embarking on his 10th season as a Football League referee having been promoted from the National League at the start of the 2008/09 campaign.

He has refereed 22 matches thus far this season, the last of which came on Tuesday 5th December as Lincoln City beat Accrington Stanley 3-2 in the CheckaTrade Trophy.

Sarginson produced six yellow cards during that fixture, taking his tally for the season to 71 yellow cards and five red cards from the 22 matches. Three of those dismissals actually came in the same match, as Yeovil beat Stevenage 3-0 at Huish Park. 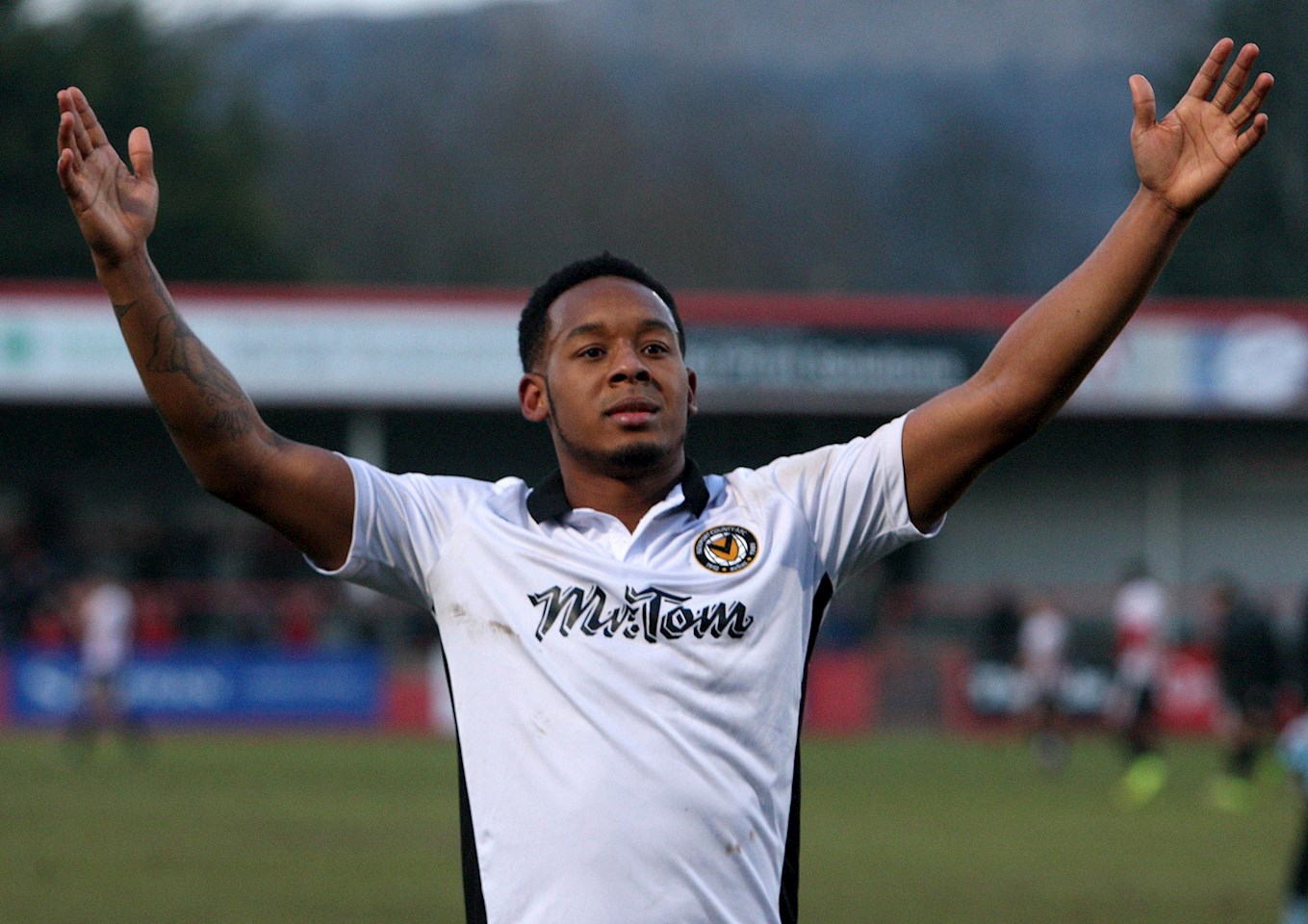 Sarginson has officiated County on seven previous occasions in both League 2 and the Emirates FA Cup. He is not one of the luckiest omens for the Exiles, however, as County have only won one of those matches.

Mark Byrne was the only player booked as County lost 1-0 to Northampton in the other game that season as the Cobblers all but sealed the League 2 title.

The final game officiated by Sarginson came last season – and it wasn’t without it’s drama.

The date was 4th February 2017 and a Janaai Gordon goal deep into injury time in-front of over 800 County fans rescued a point in the 1-1 draw with Cheltenham Town. Gordon was also booked in that fixture.