Here's a quick look inside tomorrow's Matchday Programme where we chat to Mark O'Brien, find out how the Academy U18s side got on in their final game of the Season, and read up on County in the Community's fantastic work.

We look at our fantastic new partnership with Newport City Radio which sees us launch a brand new pre-match fanzone in the Marquee.

Will Pritchard reports on the final match of 2017 for the U18s Academy Side, as the Young Exiles faced a very tough challenge away at one of the Youth League's high-flyers, Bournemouth. 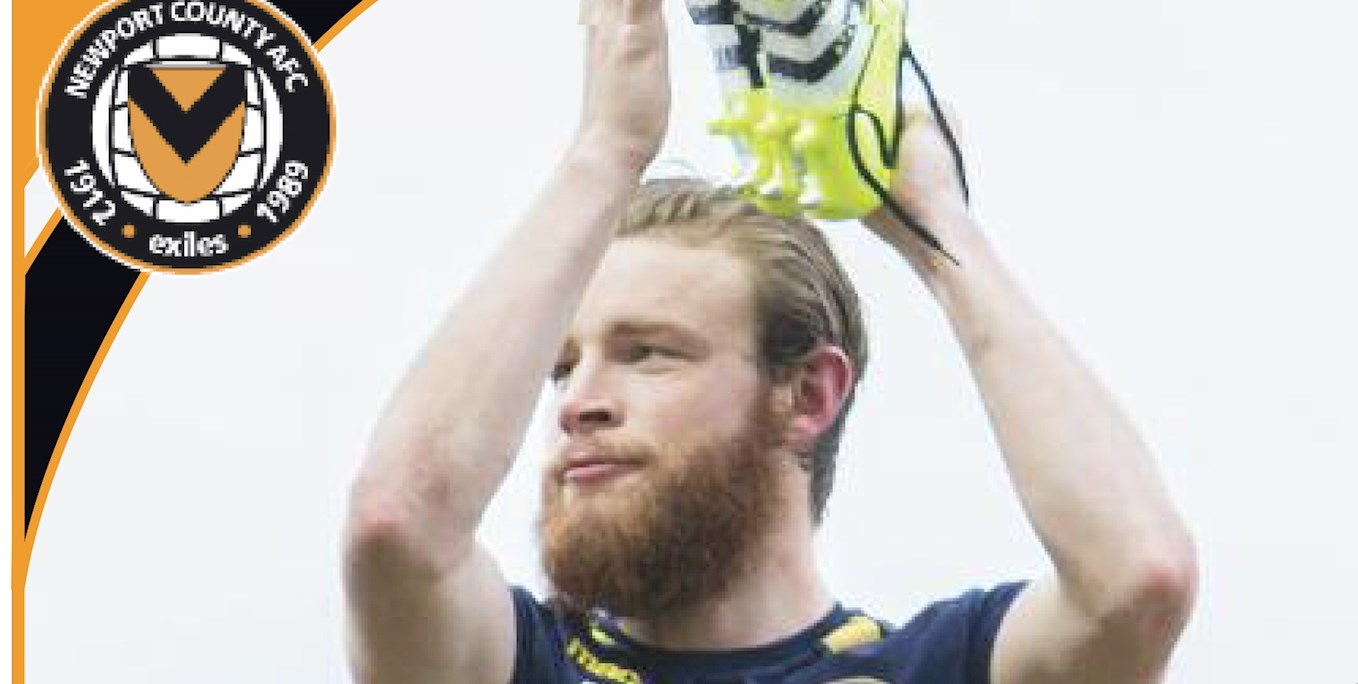 This week, Ben Catton sat down with "The Saviour" Mark O'Brien.  Other than the small matter of a perfectly-timed, first ever league goal, they also talked about Mark's way into football, his football-playing brother, and the team's form this season.

Club Journalist, Ryan Robinson, re-lives that magical night in November when the Exiles overcame League One opposition, Walsall FC, to earn their place in the Emirates FA Cup Second Round.

Elsewhere in the programme, he talks us through a 1-1 draw with Mansfield.

The Club's Chief Scout tells us about his week and gives us a little insight to our visitors Lincoln.  A new permenant feature from the newest addition to the First Team Staff.

In the ever-popular, Today's the Day article, Phil Tanner looks at a loss for the Exiles when they played Bath City away in 2000.  The article begins: "Prediction: Confidence is high in the County camp and it's difficult to see them losing."  Unfortunately, on this occasion, it was not a happy ending.

Chris Shingler's Amber in the Attic takes us back to the 60s with a programme from a match between Newport County AFC and Lincoln City.  As the write-up says, Christmas really did come early that year!

Our Junior Exiles Pull Out has a distinctly Festive flavour this week.  Our Spot the ball competition includes Christmas Puddings and the "Who Am I?" quiz has three of our squad dressed as Rudolph, an elf and Santa Claus ... but which three?

Also, if you turn to the centre page ... we reveal which of our players favourite drink is a Caramel Hot Chocolate with Cream and Marshmallows.

There's still time to get your tickets for tomorrow's match vs Lincoln City.