Barnet are the next visitors to Rodney Parade this season when they make the trip to South Wales on Tuesday night. It is their third season in League 2 and they will be looking to improve on consecutive 15th placed finishes over the past two seasons. 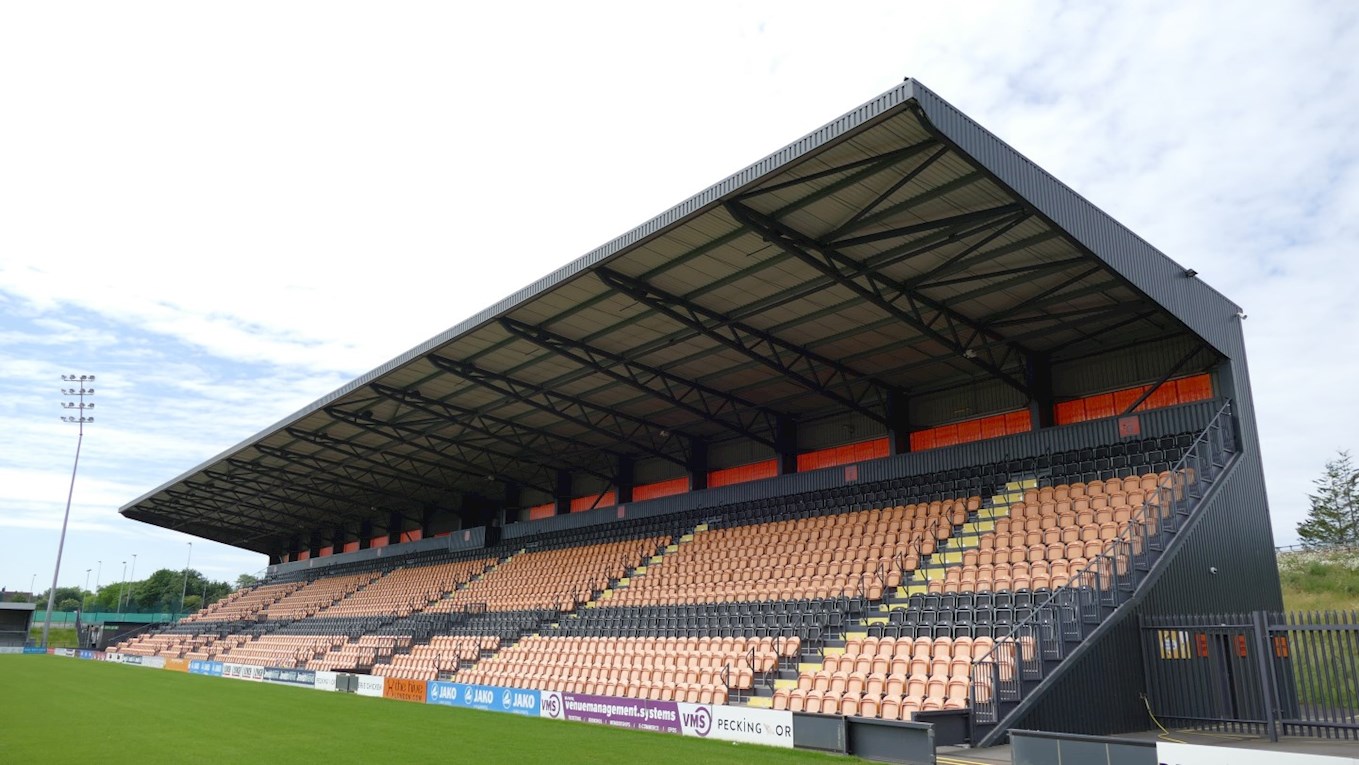 Barnet are currently going through somewhat of a lull in form and would currently sit bottom of the League 2 form table across the previous six fixtures.

That’s because they’ve only picked up two points in that time, and are currently winless in 11 league games, 14 in all competitions, with their last victory coming against Cambridge on September 9th.

Their form over the last six games starts with a defeat, a 2-1 loss at table-toppers Notts County.

Simeon Akinola scored a late reply in that game and Barnet were required to score at the death again in their next match to secure a 1-1 draw with Mansfield Town through Shaquile Coulthirst.

Akinola scored again in the 1-1 draw with Yeovil Town, as Barnet this time conceded a late goal at the Hive to Otis Khan.

Since then, they have suffered three defeats on the bounce, scoring just the one goal.

Jamal Campbell-Ryce was the man to get it - although it was merely a consolation for the travelling fans when he scored during the 4-1 defeat to Accrington Stanley.

Two 1-0 defeats soon followed, first to Colchester United thanks to Sammie Szmodics’ brilliant run and finish into the far corner.

Tom Pope’s goal for Port Vale ensured Barnet stayed 23rd in the table ahead of our encounter, and they head to Rodney Parade looking for only their second away win thus far this campaign. 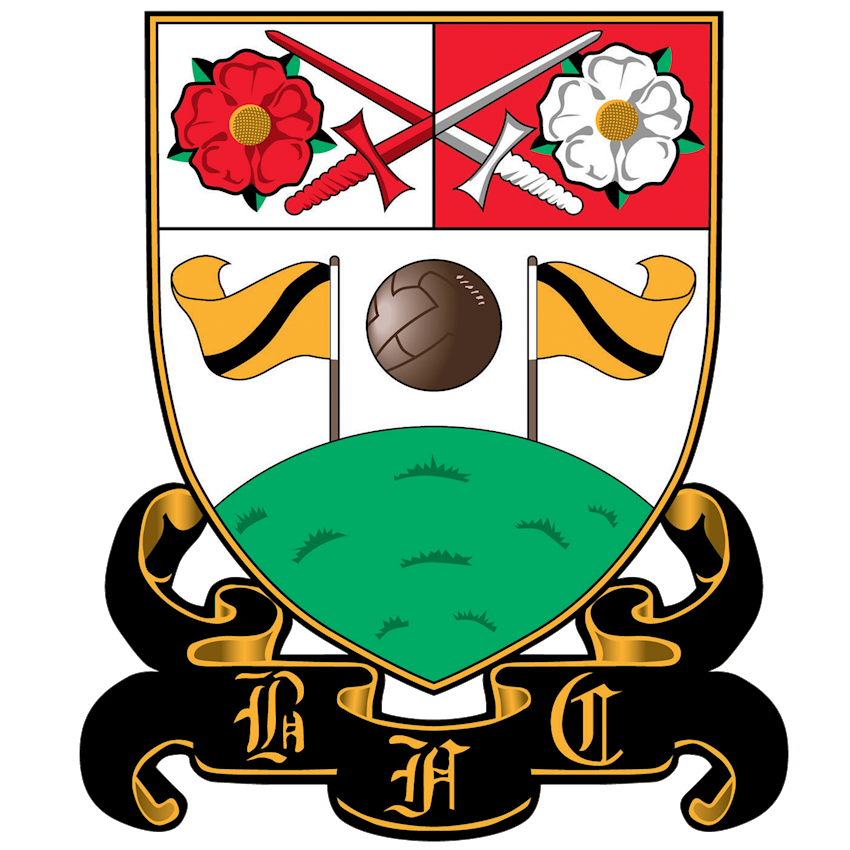 Bees manager Mark McGhee is likely to be without several players for this fixture.

The game will come too early for Curtis Weston, who is still recovering from a long-term knee problem, while Richard Brindley is absent with a foot injury.

Elliott Johnson and Dave Tarpey complete the players currently in the Barnet treatment-room as both have knee injuries.

That saw Barnet make four changes from their defeat at home to Colchester for the Port Vale game on Saturday as the side lined up in a 4-4-2 formation.

However, after that game against the Valiants, McGhee admitted he is most likely going to make wholesale changes again; with potential for a formation change as-well as he goes in search of finding his best team. 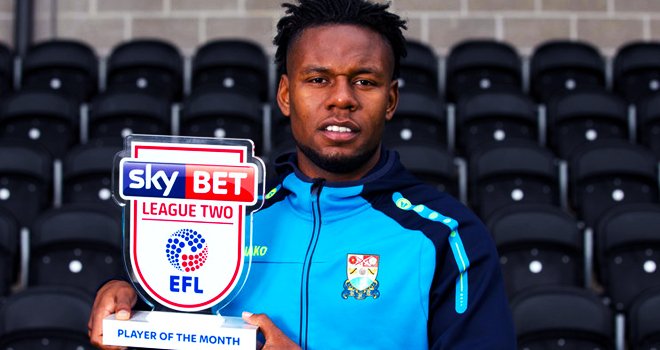 In the absence of fellow striker John Akinde for the first three months of the season, Coulthirst has really nailed down his position in the Barnet first-team with nine goals already this campaign.

He has directly won his side three points throughout this season, after netting the equaliser in the 1-1 draw with Mansfield alongside a stunning hat-trick in a 4-1 win at Swindon Town.

Coulthirst also scored in the EFL Cup win at Peterborough, the CheckaTrade Trophy against AFC Wimbledon and against Cambridge, Exeter and Lincoln in League 2.

The 23-year old only joined the Bees this summer in what is his third permanent club.

He started out in the youth ranks at Tottenham Hotspur, making just the one appearance over four years, as a late substitute in a Europa League game vs Anzhi Makhachkala.

There were also several loan spells at various clubs during his time at Spurs before he moved to Peterborough in January 2016 for an undisclosed fee.

He scored seven goals from 43 outings with Posh, being allowed to join Barnet via mutual consent over the summer.

Coulthirst has scored 30 professional goals to date and has also appeared for the England U19 side. 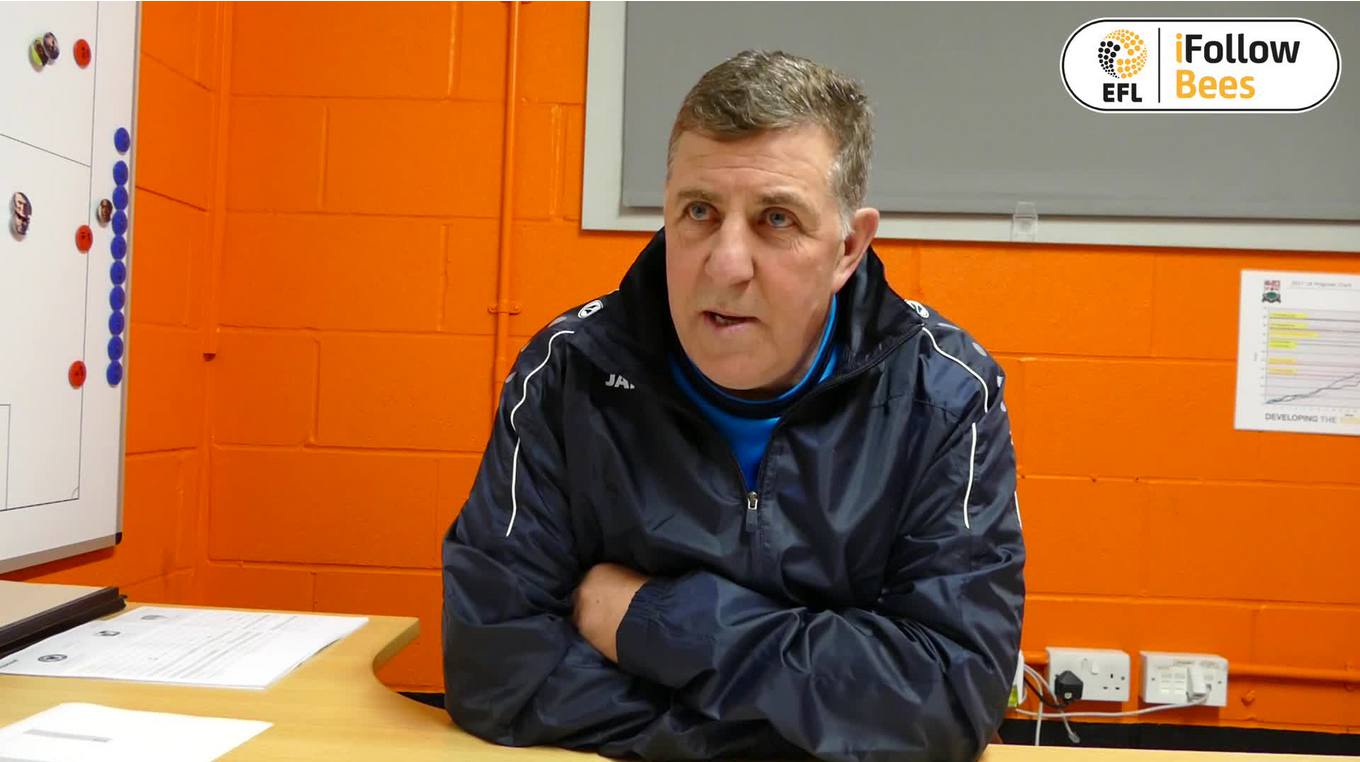 McGhee has only been in the dugout for a week after taking over from previous manager Rossi Eames, who stays with the club as head of youth development.

That means he only had a few training sessions with his new side before his first game at the weekend against Port Vale. And he didn’t get the result he would have been hoping for as they suffered a 1-0 defeat against the Valiants.

The managerial stint at the Hive comes after leaving his post as Scotland assistant manager upon the dismissal of Gordon Strachan last month.

He had also been balancing that job with the manager’s job at Motherwell, a position he left in February after a poor run of form.

McGhee has had a highly successful 26-year managerial career to date, being in charge at several clubs in both England and Scotland.

That sees him having taken charge of 951 competitive matches across the 10 clubs, winning 360 of those matches at a win percentage of 37.85%.

McGhee has achieved promotion with three separate clubs, each time from the third division of the English football system.

In 1994 he guided Reading to Champions of the old Division Two whilst also leading Millwall to the same accomplishment seven years later. He took Brighton up through the play-offs in 2004.

The other clubs he has managed during his career reads as Leicester City, Wolves, Motherwell (twice), Aberdeen and Bristol Rovers.

All this came after a fruitful playing career spanning close to two decades, where he scored 172 goals in all predominantly as a striker.

McGhee had his best success at Aberdeen, where he arrived as Alex Ferguson’s first major signing for the club. He won seven honours in all, including the last Scottish title won by a side that wasn’t Celtic or Rangers in 1985, alongside the European Cup Winners Cup, UEFA Super Cup and three Scottish Cups.

He added a further two Scottish titles and two Scottish cups to his trophy cabinet after four years with Celtic later in his career. 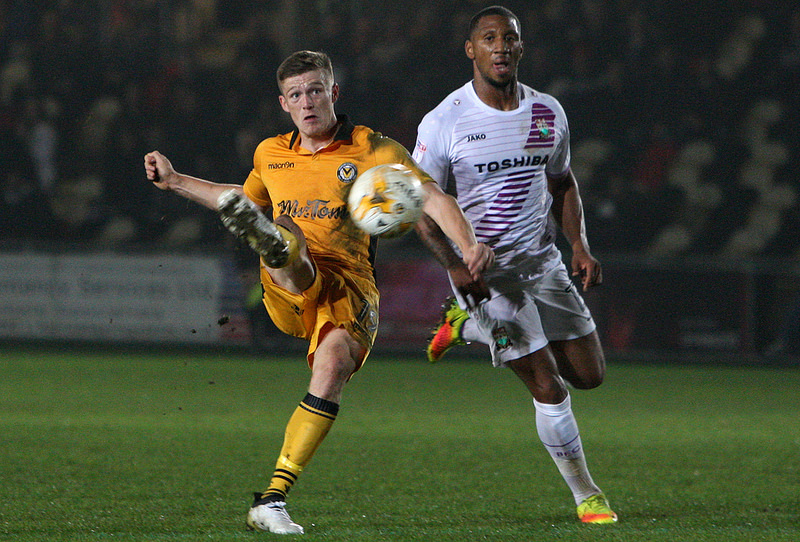 Remarkably, the two sides have only met on six previous occasions – twice in the FA Cup and four times in League 2.

Barnet have the better head-to-head record, with three previous wins, while County only have the one win and there have been a further two draws.

That is the only previous meeting before Barnet’s promotion to League 2 as champions from the National League in the 2014/15 season.

A Scott Boden header in the second-half secured a 1-0 away victory for County in the FA Cup second round, before meeting for the first time ever in league football just three weeks later.

That saw Barnet secure a 2-0 victory on Boxing Day following Medi Elito’s red card, before they secured a 3-0 victory at Rodney Parade the following March, including a goal from ex-Exile Mark Randall.

Two draws came last season. After the original game was postponed at half-time with Barnet leading 1-0, the two sides played out an entertaining 2-2 draw in the rearranged game.

Ben Tozer gave County the lead early-on with a header before the Exiles were forced to salvage a late point thanks to a Sean Rigg penalty after John Akinde’s double.

A 0-0 draw at the Hive played out between the two sides on 21st January 2017 in what was the most recent meeting between both clubs. 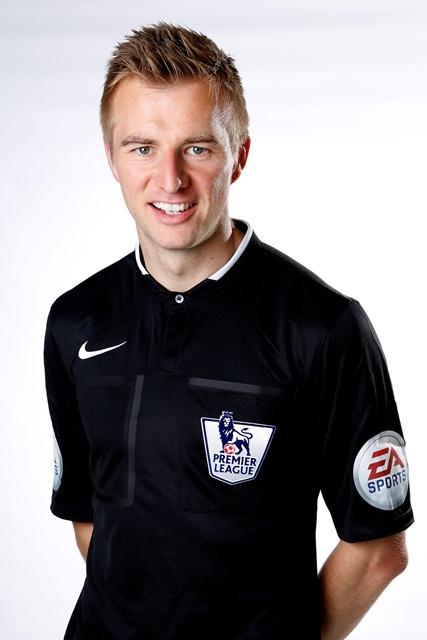 Michael Salisbury is currently embarking on just his second season as a Football League referee having progressed following many years in the National League.

Alongside being fourth official on nine occasions already this season, Salisbury has refereed 18 matches, the last of which came on Saturday in Scunthorpe’s 3-0 win at Northampton Town.

Only the one yellow card was given out during that game - taking his season tally to 38 yellow cards and two red cards.

That follows on from his debut season where he brandished 107 yellow cards and nine red cards from 31 games. 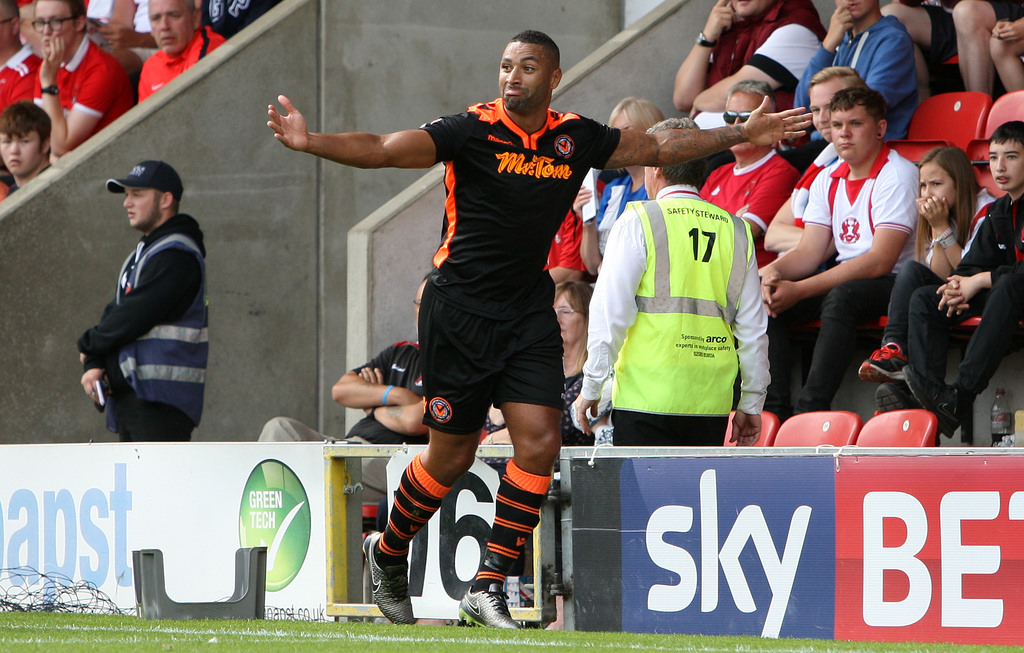 Salisbury has refereed County on three previous occasions – all of which came last season.

In addition, he has also been fourth official for County matches on two further occasions, both coming at Morecambe in the 2013/14 and 2014/15 seasons.

From the three games refereed by Salisbury, the Exiles picked up four points, starting with the 1-0 win at Leyton Orient on August 13th.

That was County’s first win in the last campaign and came courtesy of a header from Jamie Turley. Mark Randall and Joss Labadie were the two players booked for County on that day.

The next County game presided over by Salisbury came in the 3-1 home defeat to Plymouth Argyle.

Joe Day was sent off in the 36th minute for a foul in the area, alongside bookings for Kyle Cameron, Rhys Healey, Jazzi Barnum-Bobb and Reece Grego-Cox.

The final game last season came in the 1-1 home draw against Colchester United.

At the time, the point halted a run of eight successive defeats for County, as Josh Sheehan’s strike was cancelled out by a penalty from Chris Porter. No player was booked from either side.

Other League 2 fixtures that day (All 7:45pm kick-offs)