Port Vale head to Rodney Parade on Friday to complete a run of three games over just six days in South Wales. The Valiants are in their first season back in the division following relegation last season and have a new manager already this campaign after a slow opening to the season.

Here, you can all find all the facts and statistics ahead of this League 2 encounter.

The Valiants are going through an up-turn in form since manager Neil Aspin was appointed at Vale Park, picking up nine points from the last 18 available after three wins and three defeats.

That run starts in the game before Aspin was appointed, which saw them suffer a 2-0 defeat at Stevenage on 30th September.

And while Grimsby beat Vale 2-1 in the first game of Aspin’s stewardship, they then went and won the next three league games.

That started with a 3-1 home victory over Cheltenham Town. Tom Pope scored twice, and Ben Whitfield sealed the win late on for just their second win of the campaign.

They went and added a thumping 3-0 victory at Morecambe to the record books in their next game, Pope again scoring twice alongside Christian Montano’s first goal of the campaign.

Their third successive victory was arguably the most impressive, with a 1-0 win at high-flying Exeter City. Pope again scored.

But they were humbled in their most recent league outing, as Swindon Town secured a 3-0 away victory. That means the Valiants are just above the drop-zone in 22nd position ahead of our encounter.

How they fared in the Emirates FA Cup

Gavin Gunning capitalised on an error from away goalkeeper Simon Eastwood to head home the opener on 18 minutes, before Tom Pope completed the victory with his own header in the second half.

An interesting point to be made from the game is the fact that Oxford were prevented from having a single shot on target at Vale Park.

The Valiants have a host of injury concerns ahead of this fixture.

They will still be without long-term absentee Kjell Knops, as he recovers from a knee injury and Ben Whitfield will also miss out through an ankle problem.

Goalkeeper Rob Lainton is nearing a return but is unlikely to be available through an unspecified injury.

Joe Davis and Tyrone Barnett complete the injured list for the visitors and are out through muscle and hamstring injuries respectively.

Chris Regis could, however, make his first league appearance for the Valiants after joining the club on a short-term contract in midweek. He scored just four minutes into his debut on Tuesday in the CheckaTrade Trophy and may be given a starting berth at Rodney Parade.

Regis was one of seven changes on Tuesday from the side that beat Oxford United the previous Friday. Therefore, manager Neil Aspin may revert back to a similar team that stunned the League 1 side.

One to Watch – Tom Pope 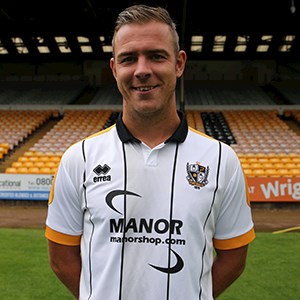 Striker Tom Pope has hit a rich vein of scoring form for the Valiants, scoring seven goals from his last six appearances.

He has eight goals across the whole of the campaign to date although did take 11 appearances to get his first goal when scoring in the 1-1 draw with Yeovil Town.

That is one of the six points that Pope is directly responsible for winning for his side, after scoring the winner at Exeter and two goals in the 3-1 victory over Cheltenham Town.

Further strikes have come against Grimsby, Oxford United and two against Morecambe.

He re-joined the Valiants this summer having spent the past two campaigns with Bury. He scored 14 goals from 87 appearances at Gigg Lane.

But it has always been Vale Park where Pope has thrived best. His first spell spanned over five years, three of which were in League 2 and two were in League 1.

Before finding himself with Port Vale the first time, Pope had spells as high as the Championship with Crewe Alexandra and Rotherham United.

Although he never actually made a competitive appearance in the Championship, Pope did score 17 goals whilst with Crewe and added another six goals to his tally with Rotherham United. 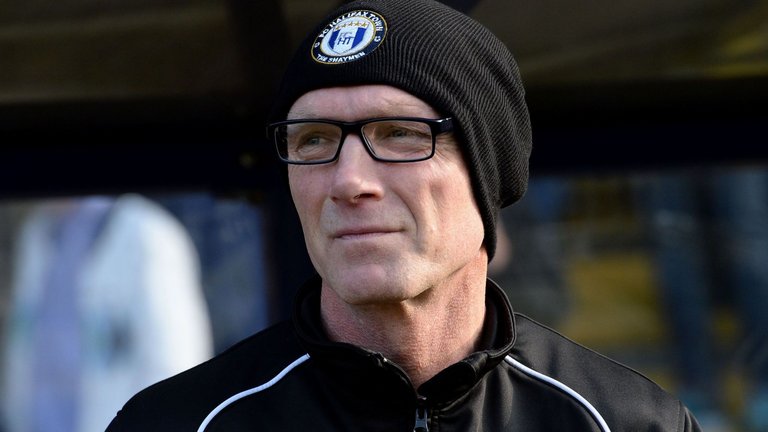 Aspin has somewhat changed the fortunes of the Stoke-On-Trent outfit since being appointed on 4th October 2017.

Despite losing his opening game, he has won five of the other six matches, at a win percentage of 71.4%.

Aspin alluded to our encounter on Friday with the following comments after the 4-2 victory over Crewe Alexandra on Tuesday:

He said: “Newport is always going to be a difficult game, but we’ve got to try and concentrate on doing our own jobs.

“We are capable and the players who were rested tonight have got to make sure they’re nice and fresh for Friday.

“Newport have had some good results lately and we know it will be a tough game.”

His spell at Vale Park follows his successful stint at National League outfit Gateshead. The Tynesiders finished 9th and 8th in the two-full seasons Aspin had with the club before joining Vale.

That spell came after winning five honours whilst in charge of Halifax Town FC.

Aspin led them to back-to-back league titles in 2010 and 2011 before securing promotion via the play-offs to the National League in 2013. They also won the Peter Swales Shield in 2011 and the West Riding County Cup in 2013.

From his 332 games at Halifax Town, the side won 178 games and he joined the club from Harrogate Town, which was his first managerial position.

Prior to turning to management, Aspin had a highly successful playing career, including a 10-year stint with the club he currently manages.

Before that, Aspin started out with Leeds United. He made 244 appearances and scored six goals with the club, before transferring to Port Vale for £150,000 in 1989.

He was somewhat of a club stalwart for the entirety of his spell at Vale Park, making 410 appearances and scoring three goals.

Aspin won the player of the year award twice, in 1990 and 1994, winning the Football League Trophy in 1993 for his only honour as a player.

From there, Aspin turned out for Darlington, Hartlepool United and Halifax Town before retirement in 2004.

This game will be the 42nd competitive meeting between the two sides.

Port Vale currently lead the head-to-head standings, with 19 victories. County have 11 victories of their own, while there has been a further 11 draws.

The first meeting between the two sides came way back on 29th August 1938 when the Valiants secured a 2-1 victory in Division 3 South.

It took nearly 11 years for County to secure their first victory over Port Vale, that coming on 12th March 1949 in a 2-1 away victory.

It is almost 30 years since the two sides last met. Both teams contested a Sherpa Vans Trophy game on 13th October 1987, when the Exiles won 2-0 through goals from Roger Gibbins and Paul Giles. 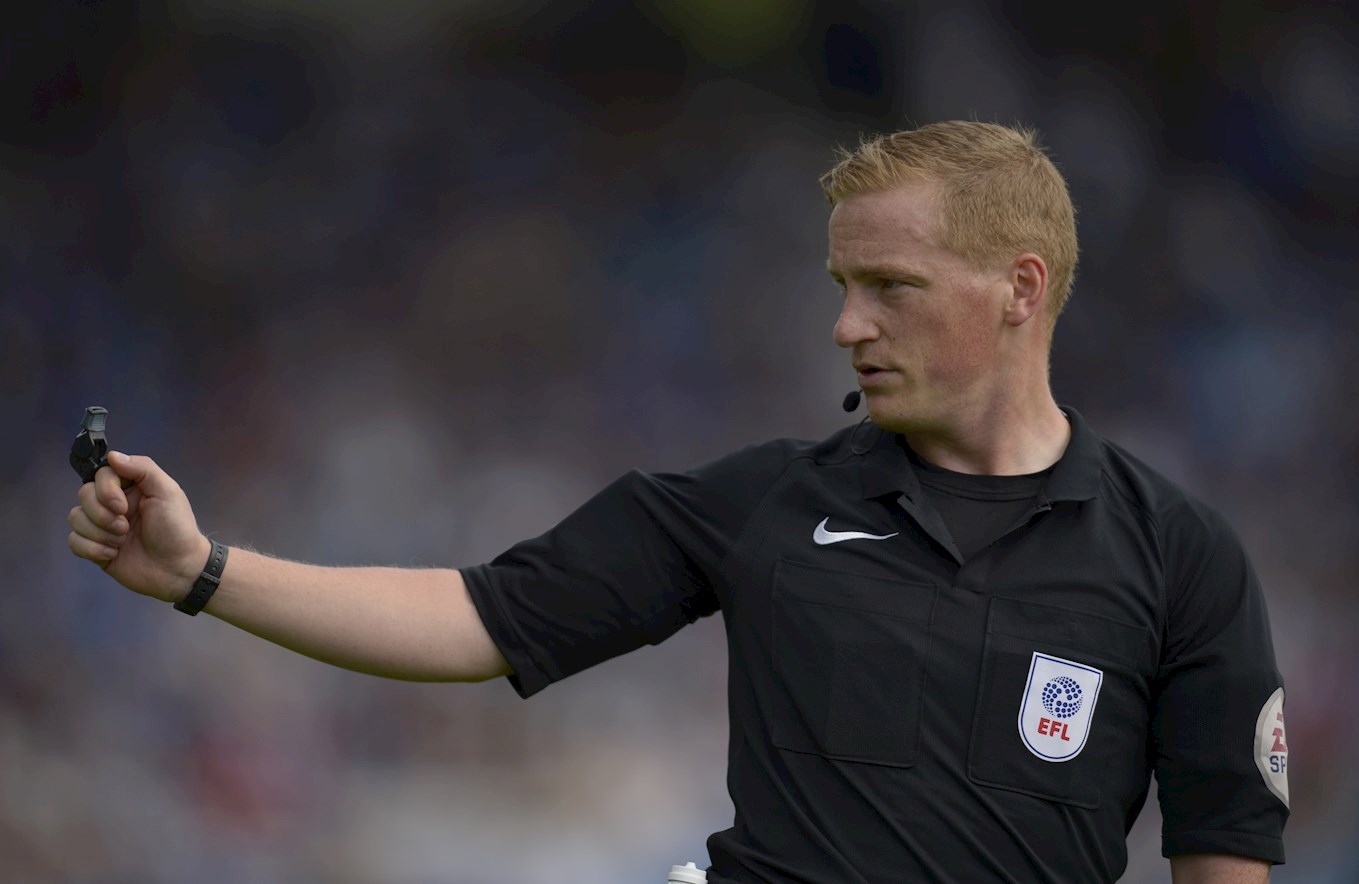 Busby is currently embarking on just his second season as a Football League referee having been in the National League in prior seasons.

He has taken charge of 17 matches thus far this campaign, of which the last came on Tuesday night in Coventry City’s 2-1 victory over West Brom U23s in the CheckaTrade Trophy.

Busby has given out 49 yellow cards and three red cards from those 17 fixtures.

That follows on from his debut season in the Football League where he brandished 131 yellow cards and three red cards from 36 matches.

Busby has officiated County on three previous occasions, twice in League 2 and once in the Conference.

The Exiles have won, drawn, and lost from those three games with the first game coming way back in the 2010/11 season.

The date was 2nd April 2011 and County beat Grimsby Town 2-1 thanks to goals from Darryl Knights and Chris Todd. It was Tim Harris’ final game in caretaker charge of the club before Anthony Hudson took the reins.

Six bookings were given out during this fixture, with Steve Lennon the only player cautioned for County.

He officiated the 1-0 defeat to Wycombe Wanderers on 22nd November which ended County’s unbeaten streak of seven games, including five wins.

Five yellow cards were shown during this fixture, four of which to County - Jack Jebb, Tom Owen-Evans, Josh Sheehan and Scot Bennett the offenders.

Busby’s most recent game was the 0-0 draw with Grimsby Town on 14th February. Another five yellow cards were produced during this game, although only Darren Jones was cautioned for County.