Last night, the NCAFC Disabled Supporters Association joined forces with the Dragons and Newport Rugby to put on a fantastic Halloween Party at Rodney Parade.

Not only did they create a fantastic party atmosphere and bring in "Fright Night" with a bang, there was also over £300 raised for LATCH Welsh Children's Cancer Charity and Ty Hafan with the total still rising.  (We will announce the final total late in the week).

The party was an excellent event with apple bobbing, discos, a bouncy castle, pumpkin carving, best-dressed competitions, and loads, and loads of party games! 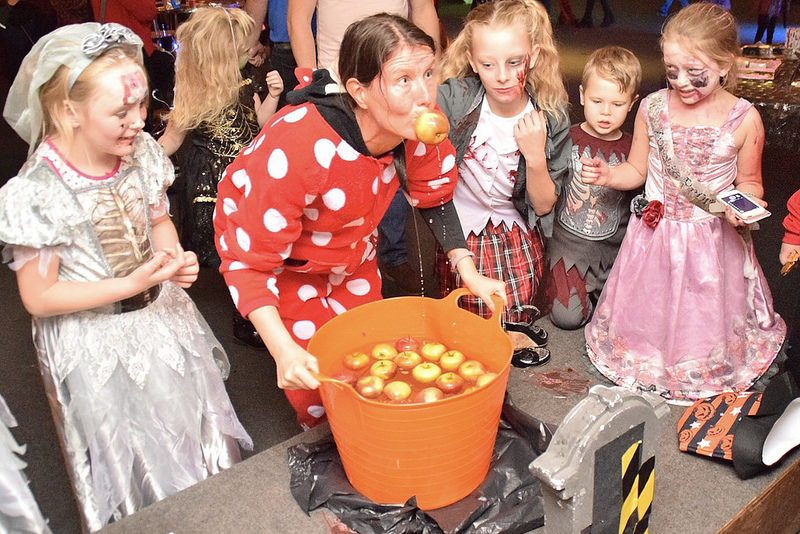 Two of the DSA's Ambasadors Joe Day and Robbie Willmott were also at the party, judging contests and hanging out with supporters.  Robbie was also taking balloon-penalties against some avid future-'keepers; we're pleased to report he did not get injured!

Spytty the dog was also in atttendance last night! Here is a photo of him enjoying himself.

Hannah Thomas whose daughter won the Pumpkin Carving Competition as chosen by Joe and Robbie: “Thank you for a fab evening the children really enjoyed the Halloween party. This is the 3rd year attending and they just get better. Thank you for the prizes too!”

Michelle Thomas: “Our first time to this event via my sisters recommendation. The kids had a fab time, thank you for a well organised evening we will be there again next year”

Once again priced at just £5.00, why not attend another festive event to get you in the mood for Christmas?

THE Father Christmas will be in attendance handing a present to every single boy and girl and there will also be several party games as well as a Christmas themed buffet!

If you would like to go to this party fill out the form in the club shop, just speak to Susan or Bob.

What else is happening in half term?