Yeovil Town will be the next team heading to Rodney Parade looking to end County’s unbeaten home start to the season. The Glovers have failed to win any of their previous visits to South Wales, but do have some credible away victories thus far this campaign. They will be looking to finish higher than the 20th position secured last season, which saw them finish two points clear of County and just four above relegation.

The Glovers have picked up six points out of the last 18 available following one win, three draws and two defeats from their previous six league outings.

Three of those points have come on the road while the other three have come at their home Huish Park.

Six games ago, the Glovers were held to a 0-0 home draw vs Cheltenham Town, their second successive game without a goal.

Francois Zoko and Sam Surridge made sure that unwanted streak didn’t continue for a further game, although their goals were only enough for another home draw, 2-2 vs Morecambe.

Zoko scored again in their next game, but it turned out to be in vain as they lost 2-1 to Grimsby, before a third consecutive home draw against Port Vale.

At this point, the Glovers had gone five games without a league win, and that could have been extended had it not been for captain James Bailey’s 90th minute winner against Chesterfield.

Olufela Olomola and Otis Khan also scored at the ProAct Stadium in the 3-2 success, as they rose to 14th place with a stunning away victory.

But defeat in their last fixture, 1-0 at home to Colchester United, saw them slip three places to 17th ahead of their visit to Rodney Parade.

The Glovers virtually have a clean bill of health ahead of their visit to South Wales.

A late decision will be made over defender Bevis Mugabi, who has been missing since 16th September through injury. However, Darren Way confirmed he has made great strides on a potential return, so he may make an appearance at Rodney Parade.

For the Colchester game last week, Way made one change to his starting team, as Omar Sowunmi replaced the suspended Nathan Smith. And although Smith’s suspension is now over, Sowunmi may continue in the starting team after impressing during the game.

That saw them line-up in a 4-4-2 formation, a style they have employed throughout the current campaign. 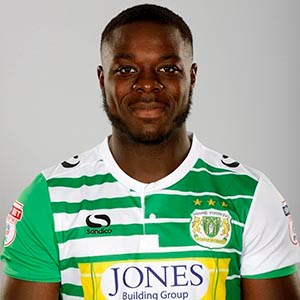 A product of the Arsenal youth academy, Olomola moved to the Southampton development system in preparation of the 2014/15 season.

He scored five goals in 26 appearances that season, being appointed captain of the U18s side ahead of the next season. But so good were Olomola’s performances for the side that he was promoted to the U23s before the end of the campaign.

Named as an unused substitute in March 2016, Olomola made his competitive debut for Southampton on 26th October 2016. He came on for Jay Rodriguez in the 26th minute of the EFL Cup victory over Sunderland, his only first-team appearance to date.

He was sent to Yeovil over the summer to experience more first-team football, his loan running until January. But it looks like the Glovers will look for an extension after Olomola’s scintillating start.

He currently has five goals from 11 appearances, scoring in four different games.

A double from Olomola saw them secure a 3-2 home victory against Accrington Stanley, before he made it three goals in two games with a strike at Forest Green Rovers.

The other goals came in successes over Coventry and Chesterfield, as the 20-year old seems to have formed a formidable partnership with Francois Zoko, who himself has five goals thus far. 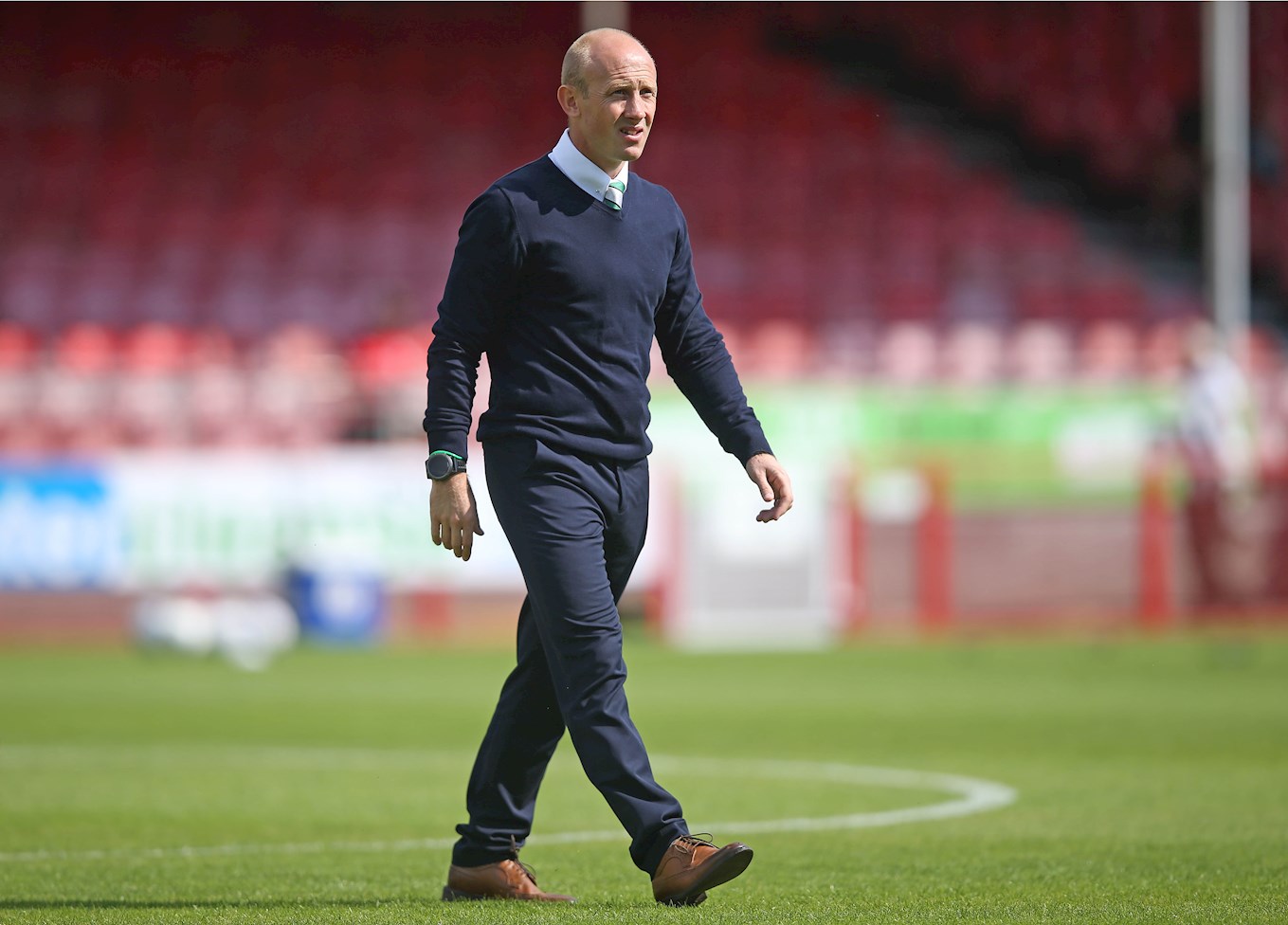 Way’s visit to Rodney Parade will be a significant milestone for the 37-year-old, with our encounter being his 100th competitive game in charge of Yeovil Town.

He has been in the dugout with the Huish Park outfit since December 2015, having also spent the majority of his playing career with the club.

Having retired in 2010, Way took the role of first-team coach at the club. He had a spell as assistant manager to Terry Skiverton in 2015, before taking the reins himself later that year.

Of his 99 previous games in charge, Way has secured 30 victories at a win percentage of 30.3%. He has suffered defeat on 34 occasions, with the other 35 matches being draws.

Before management, Way began his playing career at Norwich City. He never actually made a first-team appearance at Carrow Road, however, and went on trial with Yeovil Town in 2000.

He spent six successful seasons at the club, winning three trophies. He won the Conference and League 2 titles, along with the FA Trophy.

He moved to Swansea City for £150,000 in 2006, winning another promotion title, this time in League One, but found his spell in South Wales hampered through injury.

A return to Yeovil then came before retirement in 2010, with Way working through the coaching positions before being appointed manager.

Remarkably, the two sides have only met on four previous occasions following Yeovil’s relegation in 2015. The Glovers have the superior past record with two wins, while County have one success and one draw.

Interestingly, this is one of the lowest scoring fixtures in EFL history, as from the four previous encounters, only three goals have been scored.

And the first meeting ended goalless at Rodney Parade on 21st November 2015. At the time, it extended County’s unbeaten run to five games, while it meant Yeovil were winless in 12 games.

The return meeting at Huish Park on 2nd April 2016 saw the first goal between the two teams, although it fell the way of the home side, as Ex-Exile Jack Compton netted a penalty in a 1-0 win.

They made it back-to-back 1-0 home wins on 15th October 2016. It happened to be Graham Westley’s first game in charge of County, as Dan Butler unfortunately skewed a clearance into his own net with nine minutes to go.

But the Exiles made up for the two defeats in the most recent meeting, with their own 1-0 victory on 14th April 2017. Mickey Demetriou’s second-half free-kick was enough on the day to secure victory, in what was another step towards the Great Escape, as the three-points put County just a solitary point from safety. 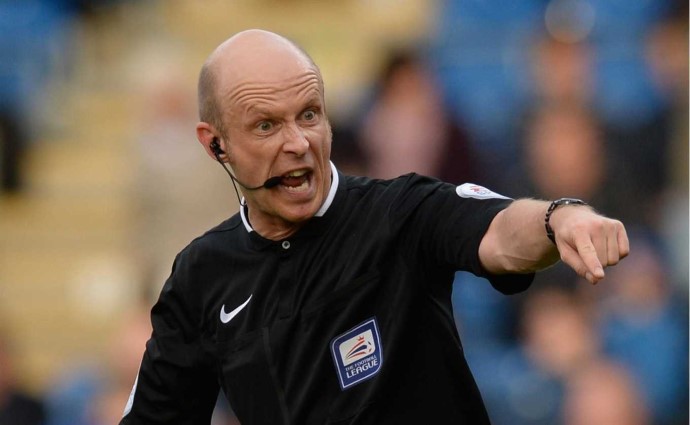 Kinseley is currently embarking on his 3rd season as a Football League referee.

So far this season, he has refereed on eight occasions, the last of which came on Tuesday night as MK Dons and Stevenage drew 0-0 in the CheckaTrade Trophy. He gave out three yellow cards in that game, taking his season total to 35 yellow cards and a further three red cards.

During the last campaign, Kinseley officiated on a further 31 matches. His total card count for that season ended up at 113 yellow cards and six red cards.

Last season, he took charge of two games, both of which ended in defeat for the Exiles.

Three yellow cards were distributed to both sides as Cambridge won 2-1 at Rodney Parade, Reece Grego-Cox, Ben Tozer, and Rhys Healey booked for County during the game.

The second game produced a remarkable 13 yellow cards, eight of which went to the Exiles. It came as County lost 3-1 at Crawley, in the final game before Christmas last season.

In the 2015/16 season, a further three County games were presided over by Kinseley.

The first was County’s opening home fixture, as Stevenage picked up two bookings in the 2-2 draw.

Next, was one of the highlights of the season from a County perspective. Medy Elito was the only man booked from either side as County stunned Bristol Rovers with a 4-1 away win.

The other two games came in County’s promotion season. The first ended in defeat, as Jamille Matt scored an all-header hat-trick as the Exiles suffered a 3-2 reverse to Kidderminster Harriers.

A place at Wembley was secured in the final game, as Kinseley was the man in the middle for County’s second-leg play-off tie against Grimsby Town, which the Exiles won 1-0.

Don’t forget – if you reside outside of the UK, you can watch the game live by subscribing to County’s iFollow service. Commentary by Charlie Brown and Richard Sheppard can also be found at the Match Centre.