A trip to Kenilworth Road to face Luton Town will be next on the Exiles’ agenda as they look to make it three wins in a week away in Bedfordshire. The Hatters will be looking to build on their 4th place finish last time out, which saw them suffer defeat to Blackpool in the play-off semi-finals thanks to a stoppage time header from the Tangerines. They sit a place below that at the moment, having made a steady start to the current campaign.

The Hatters slipped out of the automatic promotion places following their 0-0 draw at Morecambe on Tuesday.

The clean-sheet means they have kept their opponents to a shutout in 50% of their league games and head into our match with an unbeaten run of four games.

Their last game at home saw a victory, Danny Hylton striking the solitary goal in the 1-0 win over Chesterfield. They grabbed victory from the jaws of defeat at Wycombe, scoring twice in added-time to secure a 2-1 victory. Scott Cuthbert and James Collins got those goals, after Hylton had missed a penalty in the second-half.

A 2-0 home win over Port Vale started the unbeaten run, Jack Stacey scoring his first of the season alongside an own-goal.

But before that run, Swindon blitzed the Hatters at Kenilworth Road, with a comprehensive 3-0 away victory.

A 0-0 draw at Lincoln six games ago means they have picked up 11 points out of 18, as they sit in 5th place ahead of County’s visit to Kenilworth Road.

The Hatters have a host of concerns for our encounter, starting with midfielder Pelly-Ruddock Mpanzu who is suspended.

At Morecambe on Tuesday, Harry Cornick made his first start for the Hatters, and is expected to continue in his starting berth following an impressive display.

That was one of two changes made by Nathan Jones, as they used a 4-2-3-1 formation for the first time this season.

One to watch – James Collins 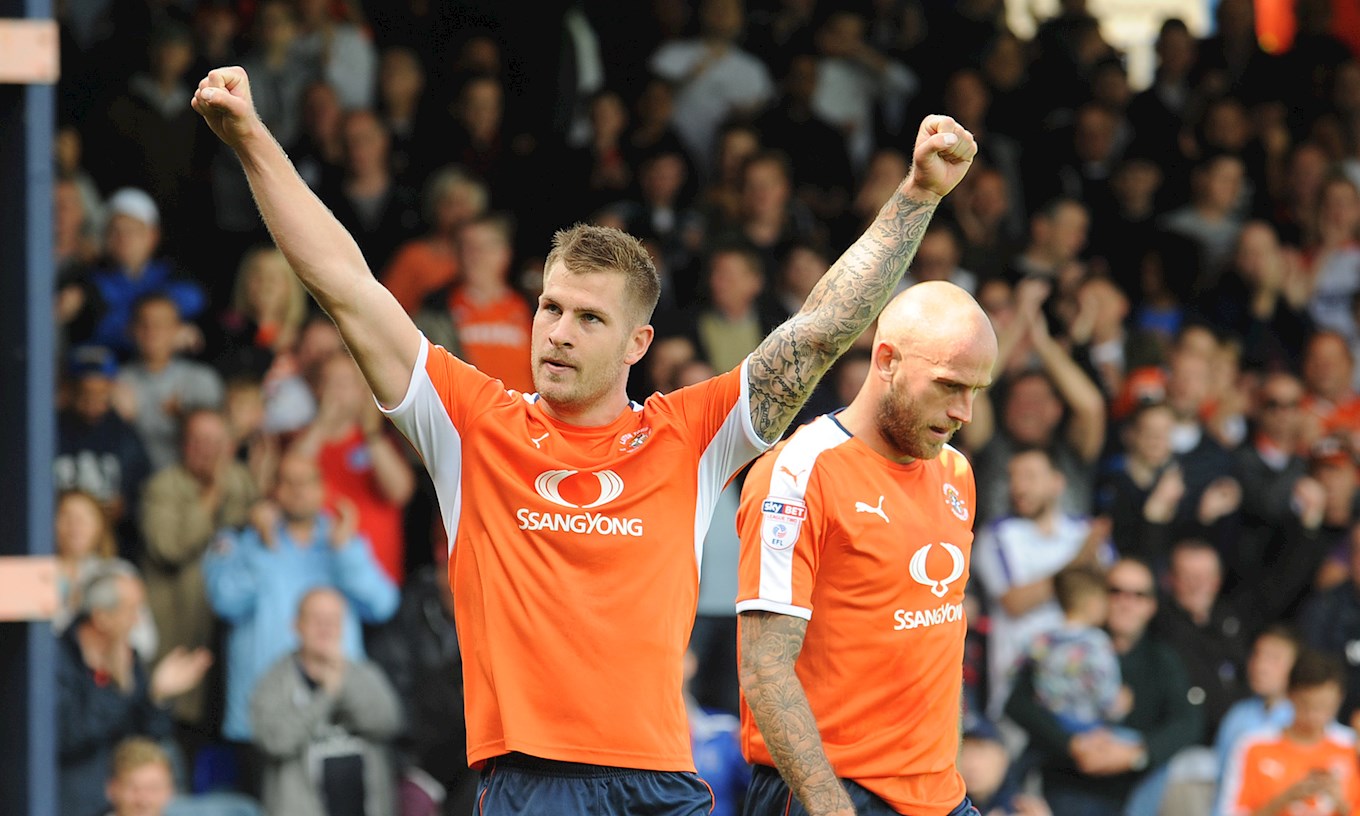 Collins started the season with a real bang, getting a hat-trick on the opening day in Luton’s 8-2 win over Yeovil Town.

He has followed that up with strikes at Mansfield, Colchester and Wycombe as the summer addition has settled in well to life in Bedfordshire along fellow attacker Danny Hylton.

His spell at Kenilworth Road comes after a successful spell in the EFL. His youth career started at Aston Villa, although never made a competitive appearance at the club, as his career really started at Shrewsbury Town.

The striker has had two spells with the Shrews, scoring 24 goals both times, with spells at Swindon and Hibernian coming in-between of his time with the New Meadow outfit.

Last season, Collins scored 22 goals for Crawley Town, including one against County, prompting the Hatters to swoop to sign him over the summer.

He has scored a total of 115 professional goals at club level, and has represented the Republic of Ireland in both the U19’s and U21’s squads. 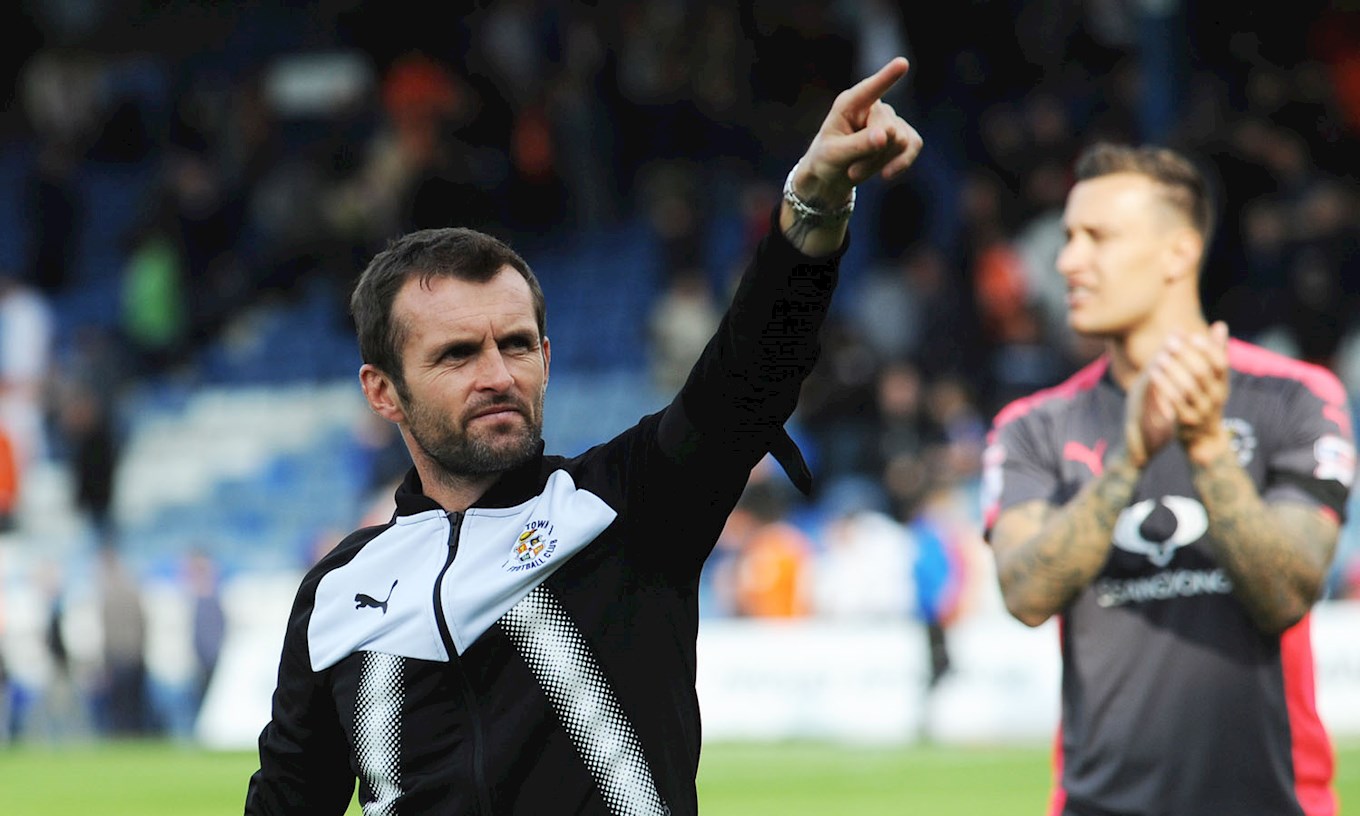 Jones has been in the dugout at Kenilworth Road since 6th January 2016.

It is his first permanent managerial position, having been a caretaker manager at Brighton for two games, winning one and drawing one before Chris Hughton’s appointment at the AMEX.

That means he has managed against County on three occasions, and is currently unbeaten against the Exiles, with two draws and one victory.

Prior to becoming a manager, Jones had a successful playing career that really kick-started with his move to Southend United in 1997. He made just under 100 appearances with the Essex club during a three-year stint, before moving to Brighton.

A few coaching jobs came at his previous clubs, before taking his first professional managerial post at Luton. 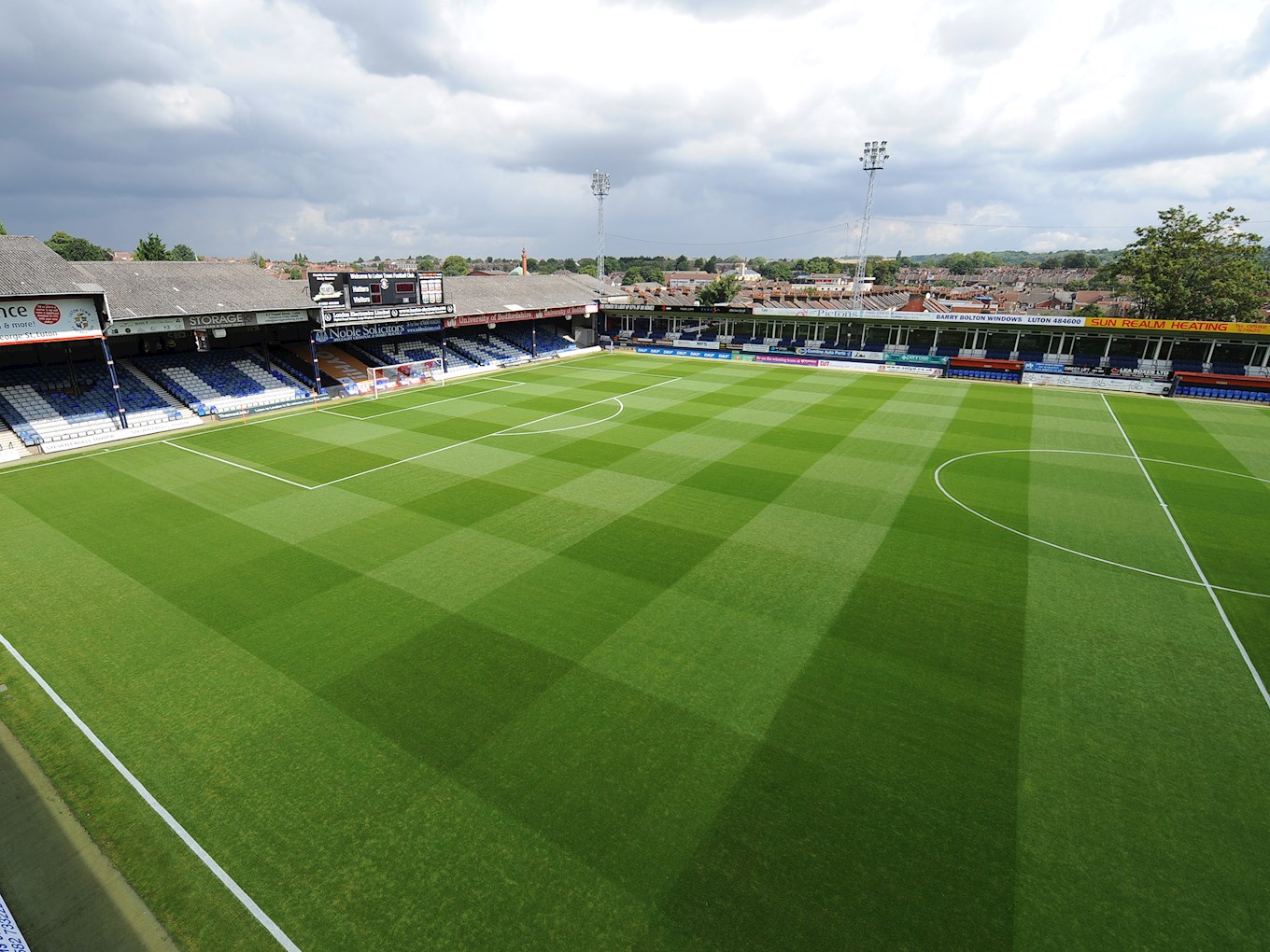 Kenilworth Road has been home to Luton Town since being built in 1905.

Last season, 115 Exiles fans made the trip to Bedfordshire, while away followings of 123 and 423 went along while County were in the Conference.

The two sides have met on an incredible 53 previous occasions. The Hatters have the superior record on current standings – with 25 victories compared to County’s 13, with a further 15 draws.

However, the most unfortunate record for County is that they have never beaten the Hatters away from home, having travelled to Luton on 27 previous occasions.

County’s first win over the Hatters came the following week, while Luton secured their first victory over County later that same year.

However, having played each other six times in the Conference, the two clubs have only met on six occasions in League 2 following their respective promotions.

The 2014/15 season also contained an FA Cup first-round meeting. Goals from Yan Klukowski and Aaron O’Connor weren’t enough for the Exiles to progress, however, as the Hatters won 4-2 at home.

They followed that up with another home victory, this time 3-0 a month later, before County made up for the defeats with a victory of their own. O’Connor scored against his former club again, as the Exiles attempted a late march to the play-off places, albeit unsuccessfully in the end.

In 2015/16, a hat-trick from Swansea loanee Oli McBurnie gave County a 3-0 success at Rodney Parade, the first home win of the season for the Exiles. A 1-1 draw later in the season saw County go three unbeaten against Luton.

But that run came to an end in the first meeting of last season, as the Hatters won 2-1 thanks to a 96th minute penalty from Cameron McGeehan. A Sean Rigg free-kick ensured the points were shared at Rodney Parade, the 1-1 draw securing Mike Flynn’s first point at home after taking charge. 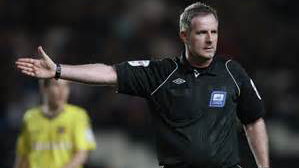 Heywood is currently in his 7th season as a Football League referee, having refereed in the National League prior to his promotion.

This season, he has officiated eight games, of which the last was on Tuesday night as Blackburn beat Rotherham 2-0. Heywood distributed seven yellow cards during that game, taking his tally for the season to 33 yellow cards and 1 red card.

The first game came when County were in the Conference. The Exiles lost 3-2 in that game, to Kidderminster Harries, as Jamille Matt scored a hat-trick at Aggborough.

It took until the 2013/14 season for Heywood to referee another County game. However, the Exiles lost both games that season. First, they suffered a 3-1 defeat to Northampton which yielded no bookings, before Deji Oshilaja was booked in the 4-2 FA Cup defeat to Kidderminster.

The following season, it took until the final day for Heywood to officiate County. Interestingly, that game saw Mike Flynn sent off, as County lost 1-0 to Oxford United at Rodney Parade.

Then, in 2015/16, Heywood officiated another two County games. No bookings were given in the 0-0 draw with Yeovil, while Andrew Hughes and Dean Morgan were given yellow cards in the 1-1 draw at Exeter.

Next up was Cambridge, with Mitch Rose sent off in added time for the Exiles. Mickey Demetriou and Ryan Bird were also booked in the 3-2 defeat.

Mark O’Brien, Tom Owen-Evans and Sean Rigg were all booked in the last game overseen by Heywood, although County finally secured a victory under his command, with a 1-0 win over Accrington Stanley. 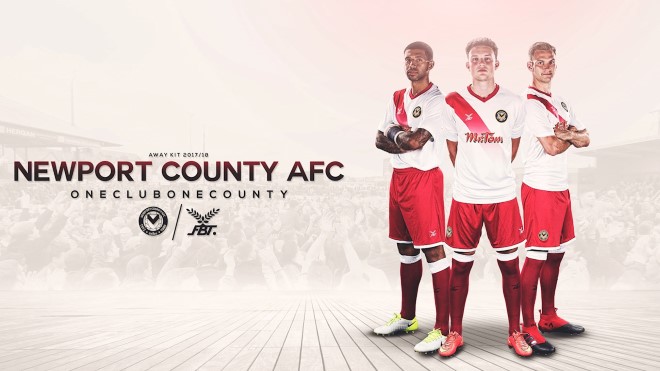 Saturday's match will be the first time the Exiles take to the pitch in their Red and White Away kit.  Read more about the kit choice this Saturday here.

Saturday's match vs Luton Town is an all-ticket game!  There will be no opportunities to purchase tickets after 3pm Friday and you will not be able to buy tickets on the gate.  The Club strongly advises that supporters do not travel without a ticket.  Find out more here.