This afternoon, County's first team headed to the Newport Transporter Bridge to take in one of the most remarkable structures Newport has to offer.

A Transporter bridge - sometimes known as a ferry bridge or ariel transfer bridge - is a very rare construction with fewer than 25 every built world wide.

There are now just ten Transporter Bridges left in the world.  Newport County AFC President, David Hando, is also Chairman of The Friends of Newport Transporter Bridge and was on hand to let the players know how his two passions are linked.

He explained that when the football-mad Woverhampton Wanderers supporting steelworkers came down from Birmingham to begin working at Lysaghts, they started a football team.  This was the first reincarnation of Newport County AFC and is also the reason for County's famous Amber Shirts!

The bridge was built in-part to help create an easy path from the football ground to the factory! 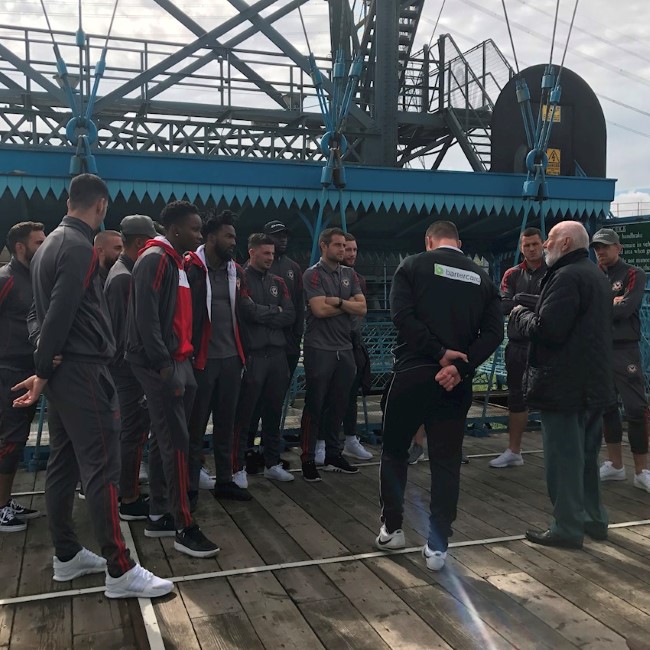 The players listen to David Hando as he explains the link between Newport County AFC and the Newport Transporter Bridge. 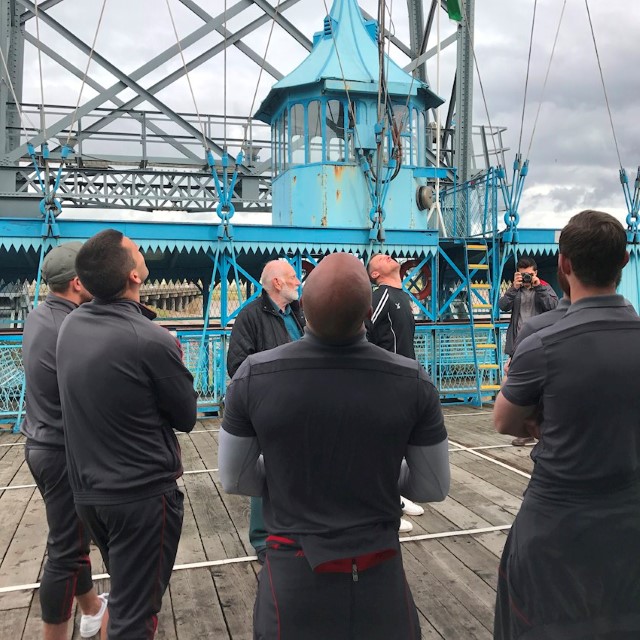 The players become distracted by shouting from above them - Tom Owen-Evans and Joe Day have parked the wrong side of the bridge and have had to walk across the bridge to join the group!

As well as a working transport link, the bridge is also open as a tourist attraction – visitors can climb the towers and walk across the upper deck for a small charge which is what the players were doing today!

The bridge also forms part of the classified highway network and is also where route 4 of the National Cycle Network crosses the River Usk and route 47 begins.

More photos from the group's trip can be found in the gallery above.

Don't forget to see the boys in action LIVE on Saturday!