Newport County AFC welcomed all the members of the NCAFC Academy to Rodney Parade on Saturday to enjoy our Academy Day. Seated in the Family Stand, the boys could enjoy the game before being welcomed to take part in a well-deserved lap of honour at half time.

A well deserved lap of honour for all the @youth_county players. Well done everyone! #OneClubOneCounty pic.twitter.com/a2ZLu1v849

Whilst the teams walked a lap of the pitch backed by the warm sound of applause from the County fans, we celebrated the stand out players from each of the NCAFC Academy Teams. 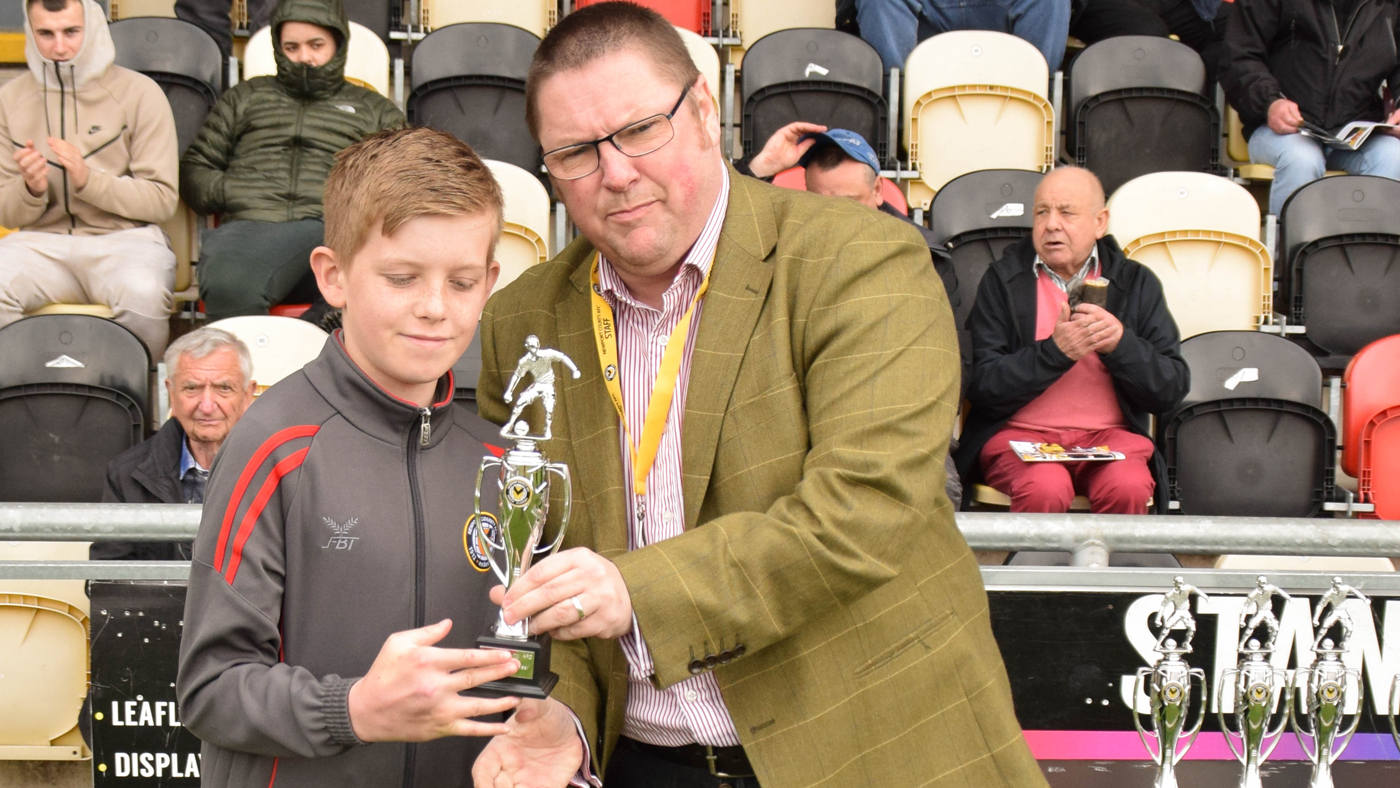 Finley has shown excellent consistent throughout the season. His desire and ability to win one on one dual is second to none. We have been hugely impressed by his improvement in possession, Finley is highly deserving of this award. 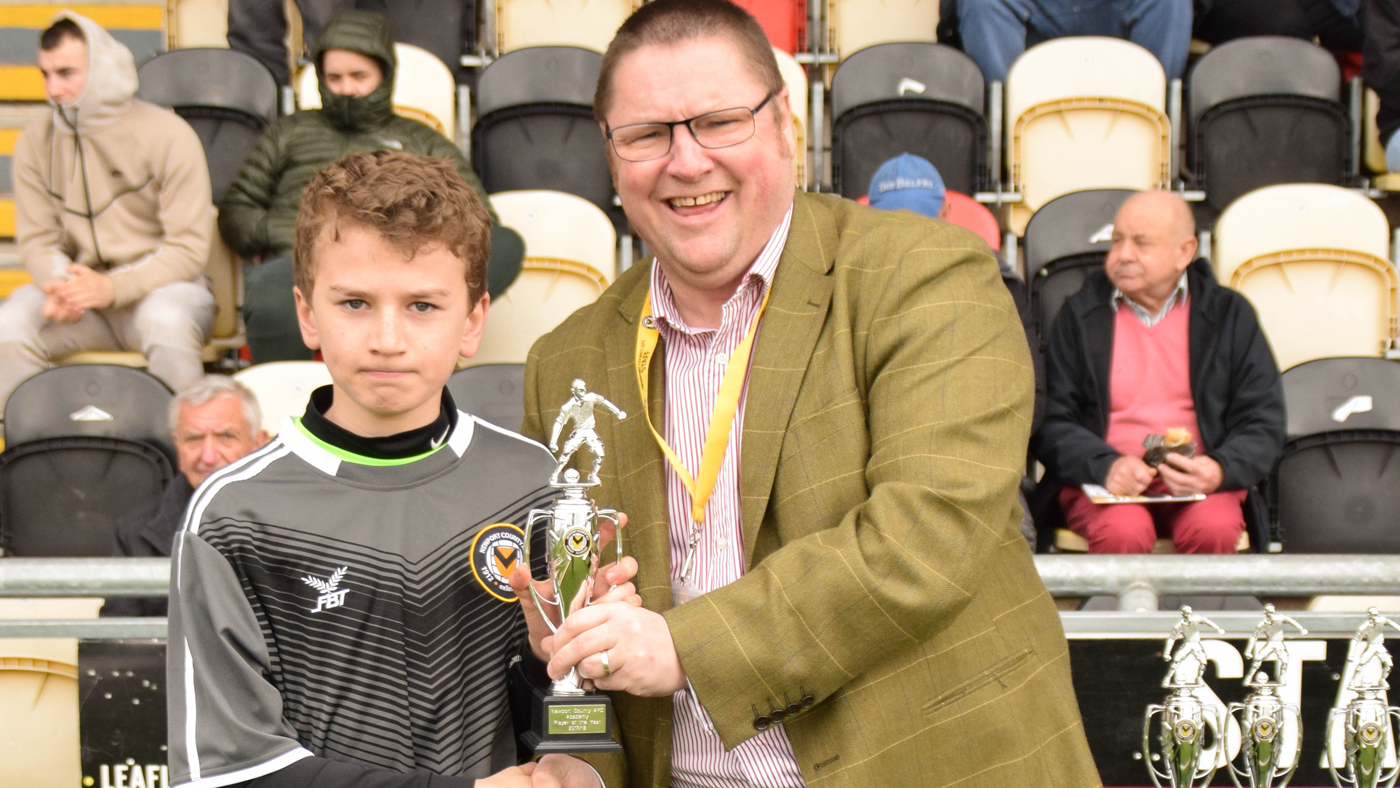 James is a very talented young footballer who always gives his all whether in training or in games, he is very skilful and always happy to try different positions 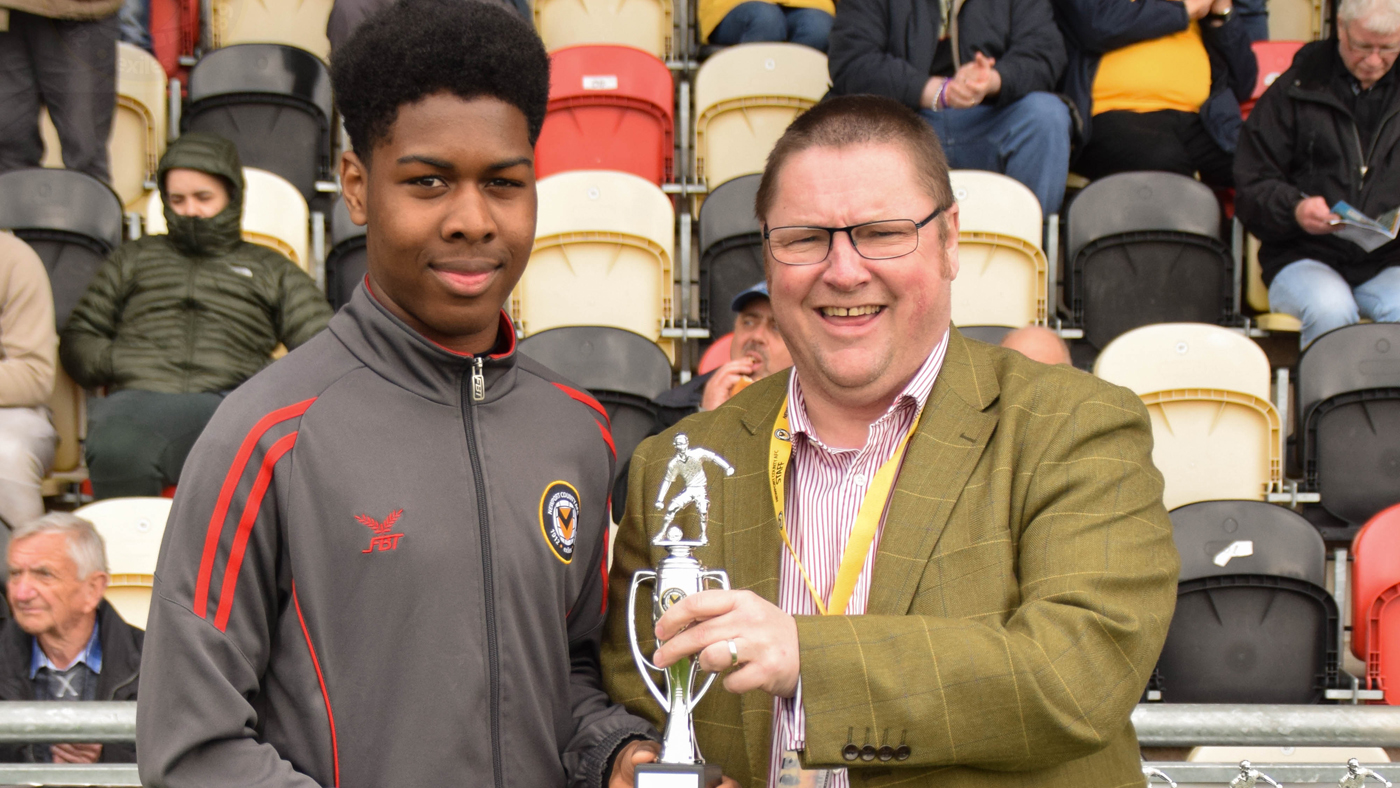 Malique started the season as a raw striker but has consistently improved and developed into a top target man with some top performances and goals. Also has a fanatic attitude in training and games. 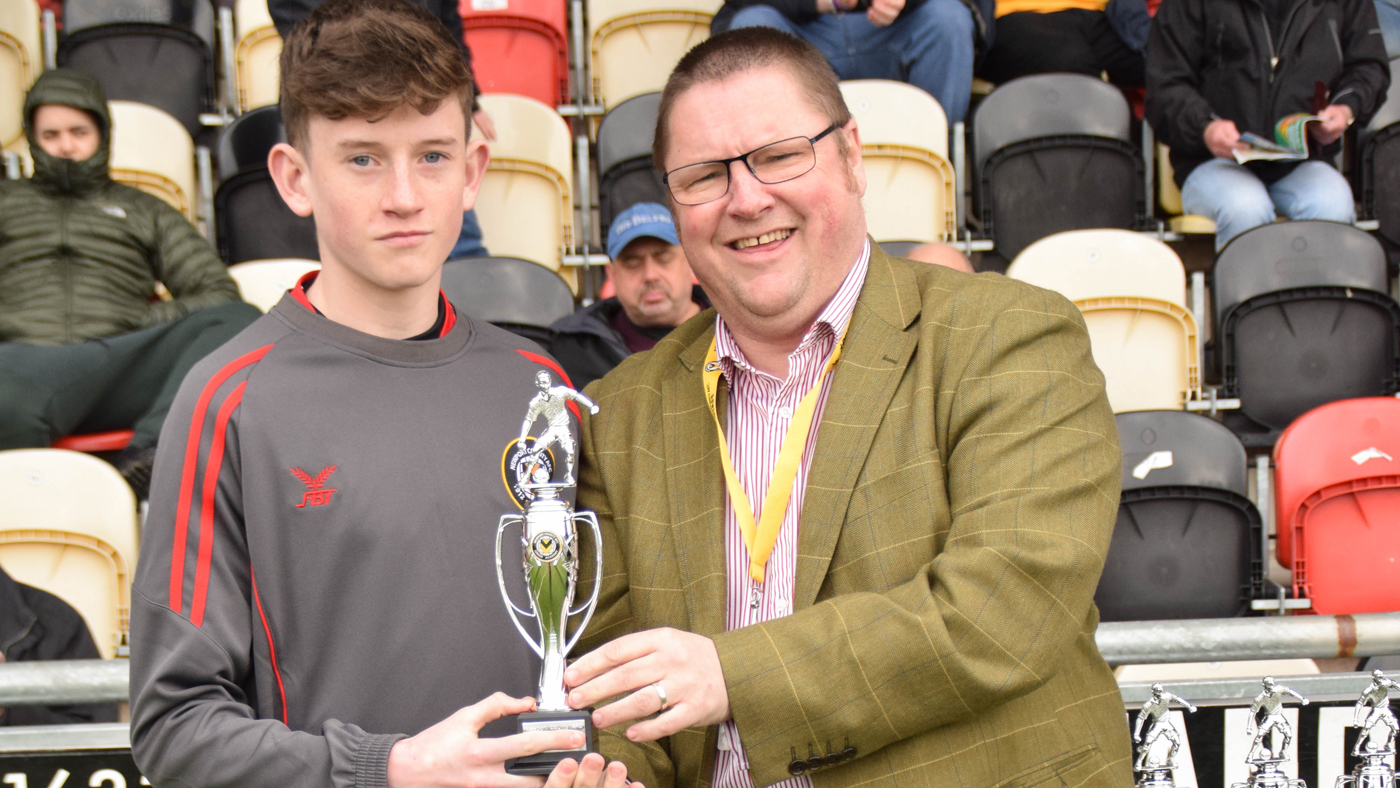 Alex had developed and progressed into a very confident player, who is very skilful and has a fantastic attitude towards football. 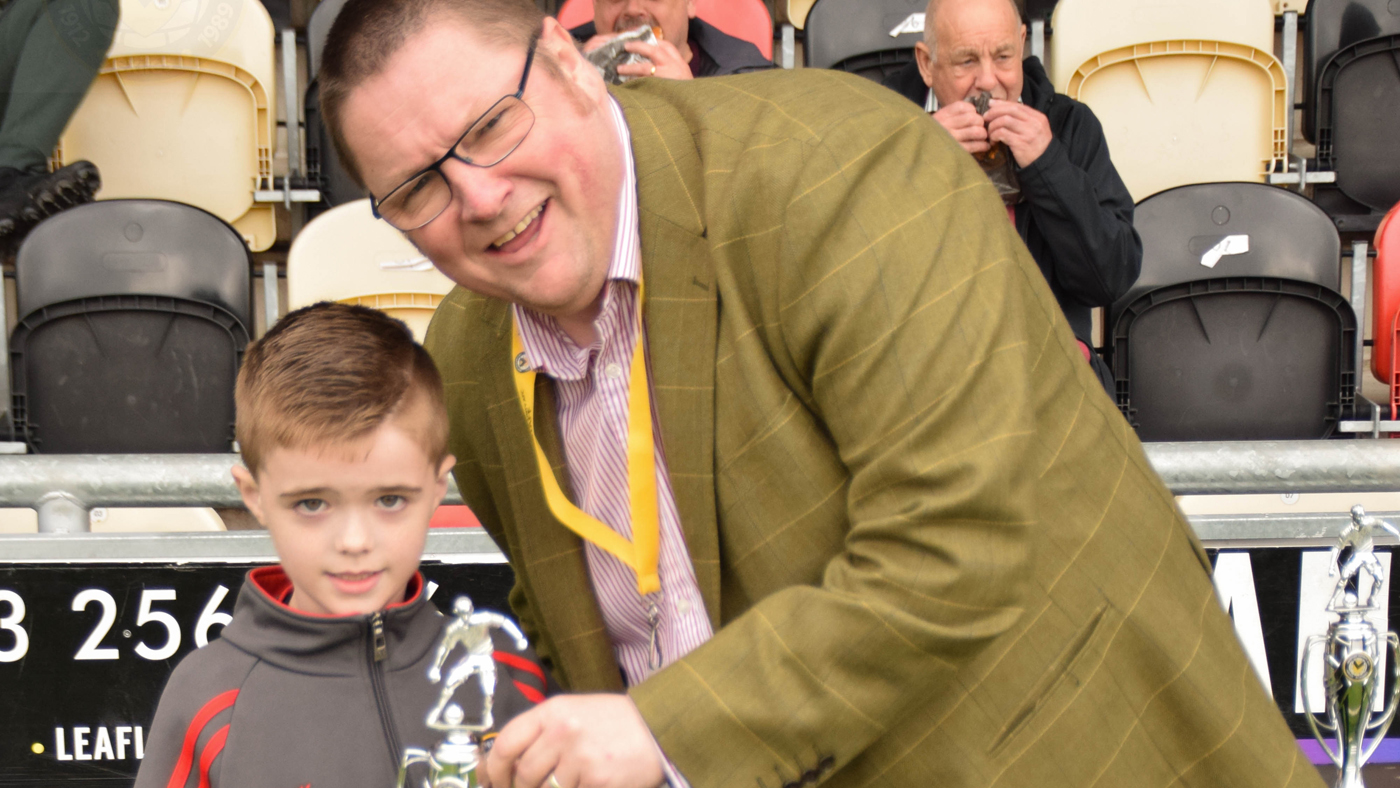 James has been an outstanding player for us this season, always consistent in training and matches and loves to play! He has developed a lot since the start of the season showing great ability with both feet. It has been a pleasure to coach James this season.

Casey has shown a high level of consistency throughout the season. He has shown great adaptability to play and perform in multiple positions, whilst maintaining a great attitude to continue to learn and improve. 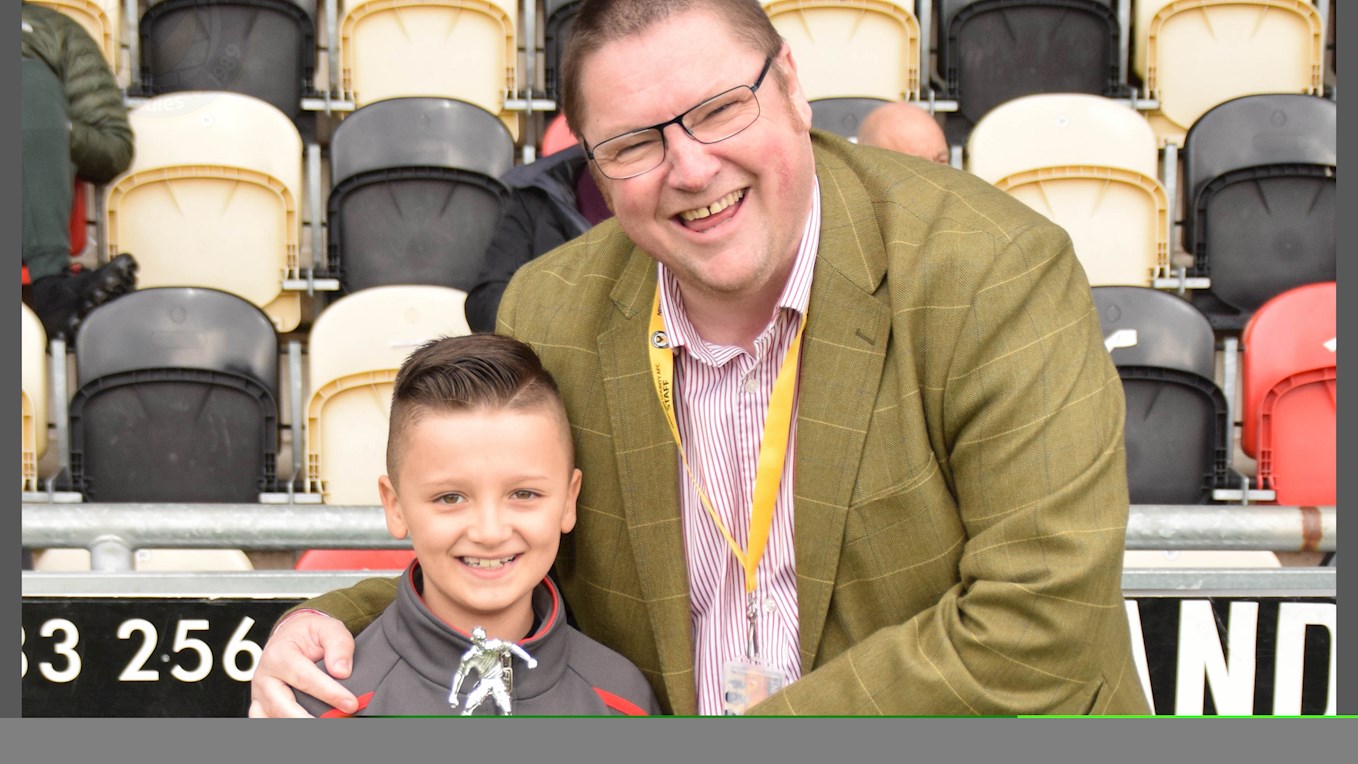 Jay has taken great responsibility with his own learning this season. Jay’s technical skills and tactical knowledge & understanding have consistently developed throughout the season. A fantastic person with a great attitude and dedication to improving. 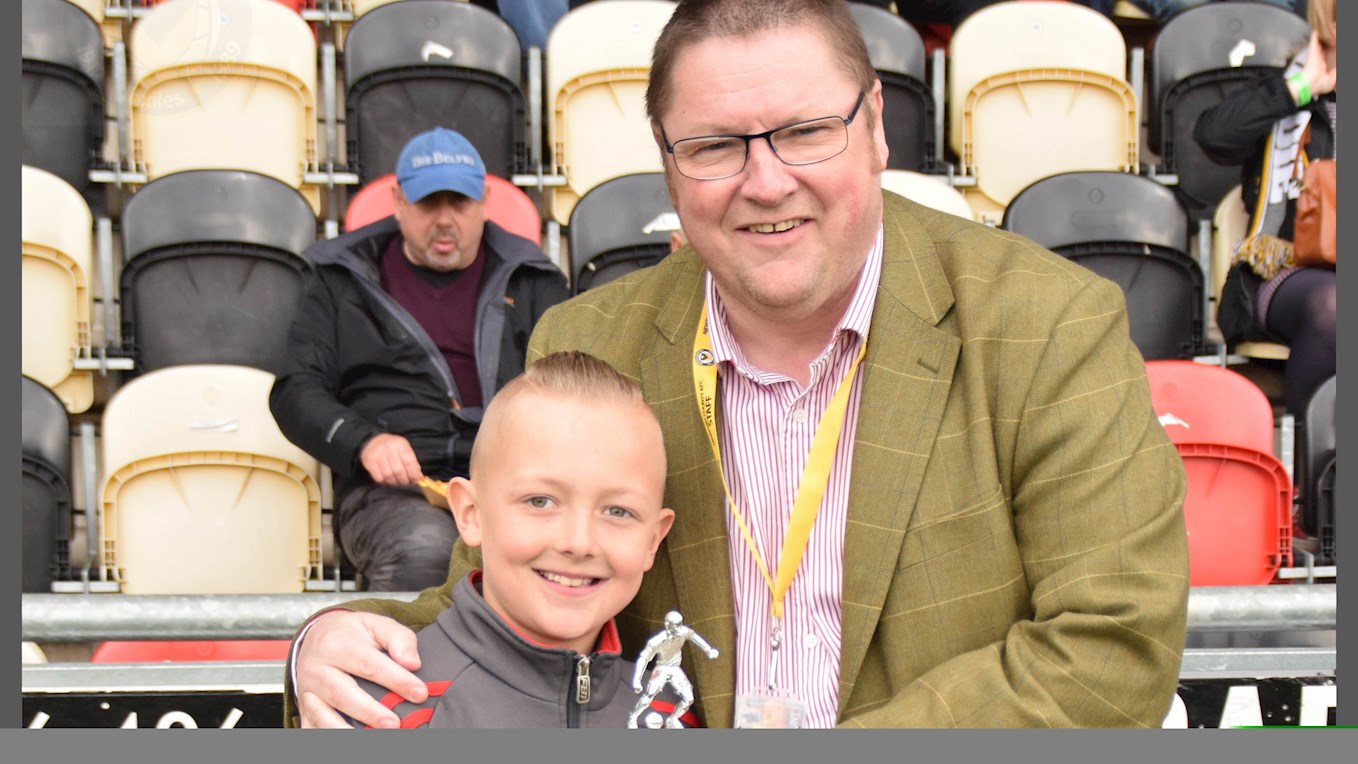 Matthew is playing a year up with the under 10s and consistently shows his true ability. Dominant in 1v1s, a cool finisher and a real leader for his team. Matthew also shows the key values of being an academy player. 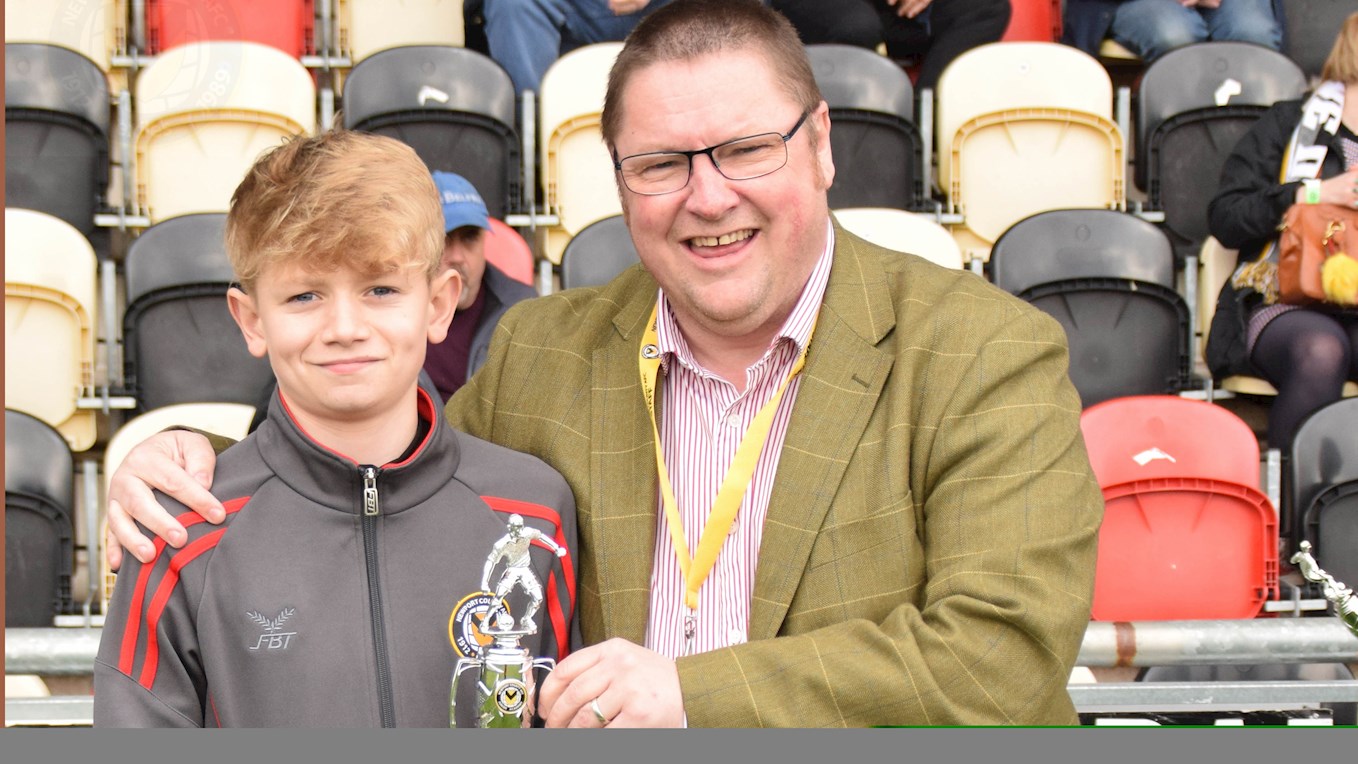 Lucas has impressed us with his application to training and games. He excels in more than one position on the pitch, extremely comfortable in possession of the football and understands defensive duties which is a huge credit to the way he has progressed this year. 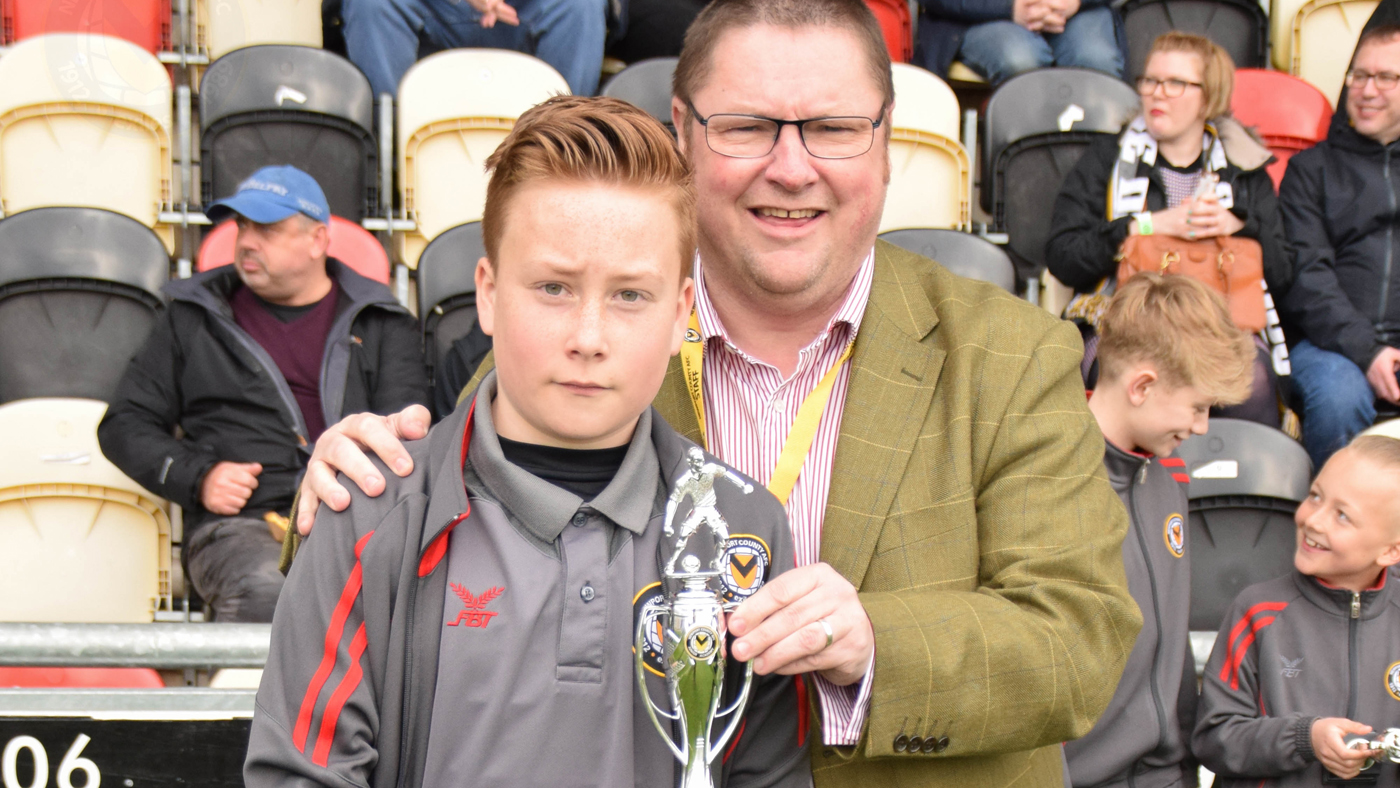 Jay is a physically strong player and very quick. He has impressed in his role as a striker. He holds up the ball and creates good combinations with other players running off him. Out of possession he presses the opposition and regains the ball, sometimes scoring from these opportunities. He has a very powerful shot and has scored several memorable goals this season. He trains well and has 100% attendance and commitment. 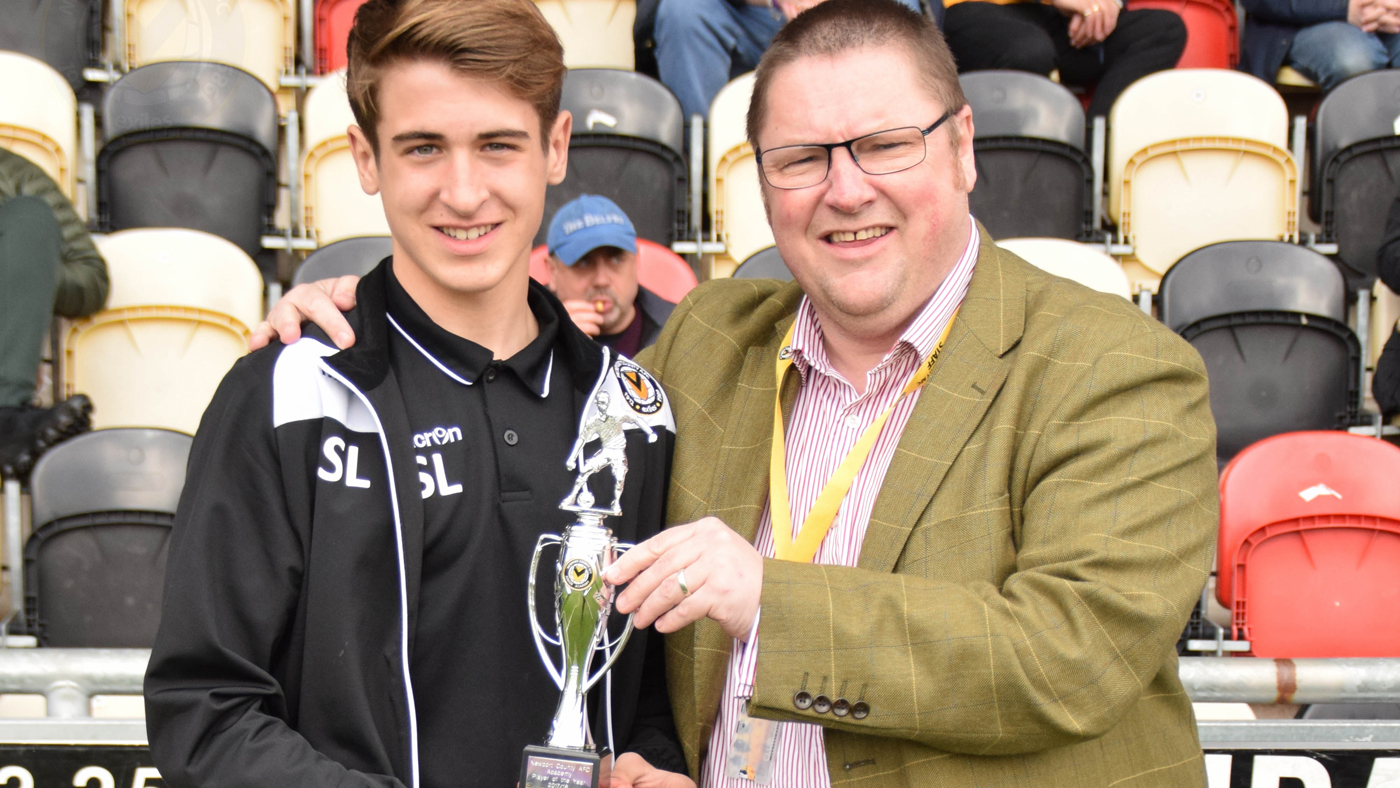 Sonny made up ground in the squad really quick considering he missed most of preseason with injury, through the season he has excelled both in a forward and centre mid role and  become very much a player that alot of the squad look up to. He has chipped in with several important assists and goals over the season 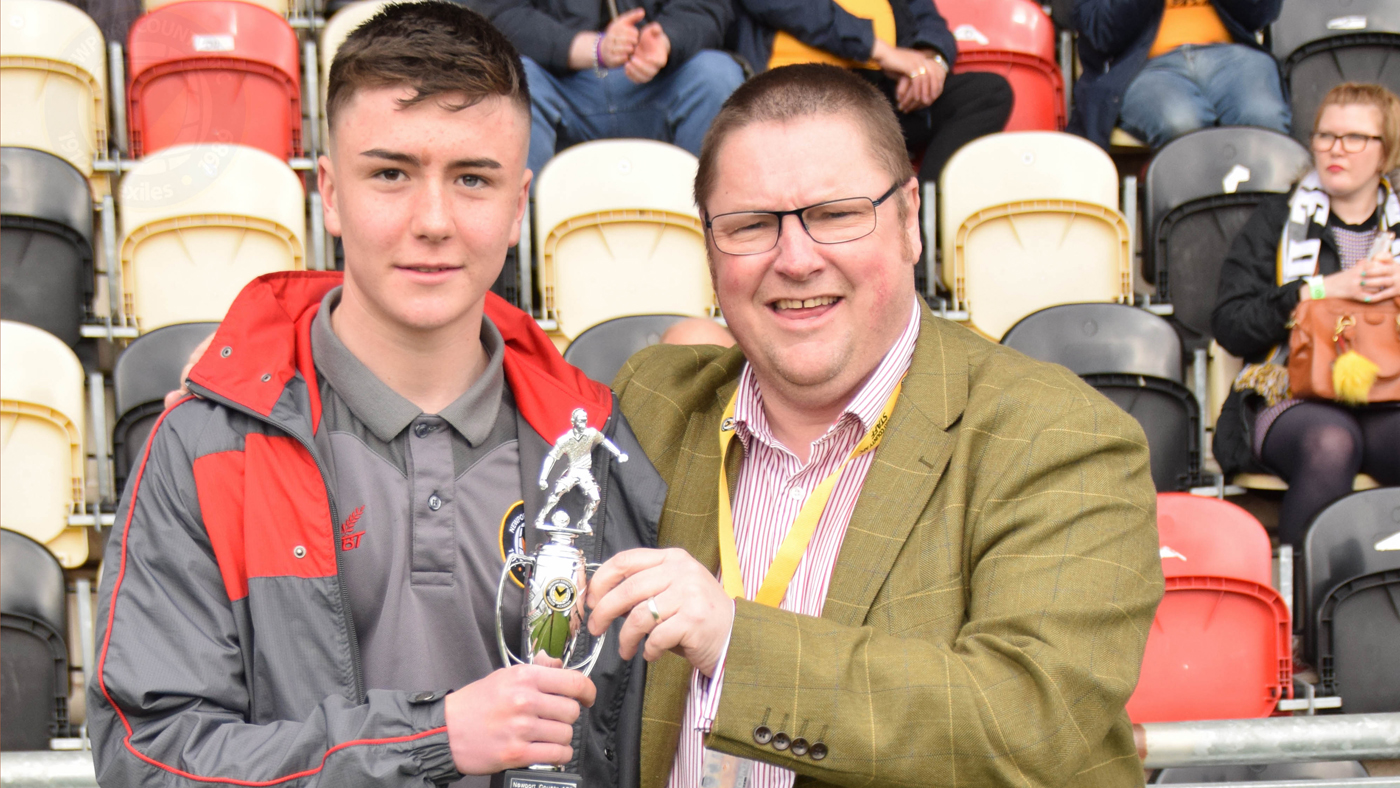 Callum has had an excellent season with the under 14's progressing in all areas of his game, so much so that he has recently made the step up into the Newport County under 15's age group where he is now a regular member of their squad 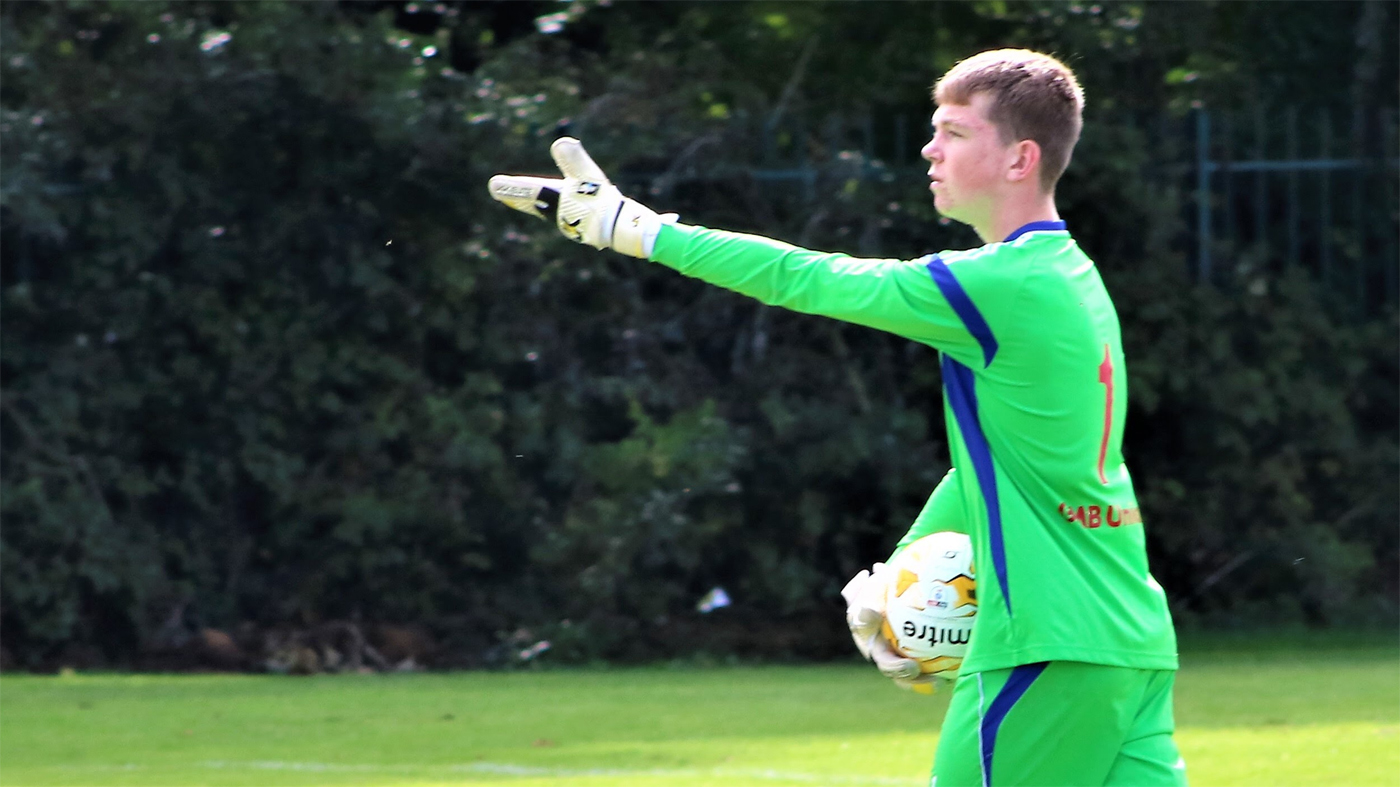 Callum has improved rapidly this season, putting in fine dispalys for the U15 side, along with 12 appearances in the football league youth alliance for the youth team. Callum has also gained great experiences training with the first team on a number of occasions.  He wasn't able to attend the Academy Day at Rodney Parade as he was playing for the U18s team.

A massive Congratulations to all the winners.

Keep up to date with all the Academy
News at @Youth_County and on Facebook.