Played on the Rodney Parade pitch at the interval between the First Team's 2-1 League win against Swindon Town, the County 'We Wear the Same Shirt' team performed well against a strong Swindon Every Player Counts team.

In an exciting, end-to-end match it was either teams Goalkeeper's that were the busiest players on the pitch throughout the fifteen minute match.

With rolling subs allowed, every member of each Community team got some minutes in front of a very supportive Rodney Parade crowd.

With a lively atmosphere and bragging rights up for grabs, it was a superb spectacle that was a great watch for all of the supporters inside Rodney Parade, providing great half-time entertainment.

HALF TIME | We’re under way in the half-time match its County’s We Wear The Same Shirt team against Swindon’s Community team.

The match started with constant fifty-fifty challenges in the middle of the park, County's more experienced pack dealt well with a youthful Swindon team and frustrated their chances for the majority of the game.

It wasn't until five minutes in to the match that County's Goalkeeper was forced in to his first save of the afternoon, catching a deflected close range shot well.

This pleased all of the home fans watching who then really backed the County side with strong vocal support.

After that it was Swindon who had most of the ball and tried to threaten down each wing but the County defence held firm and frustrated their opponents.

The visitors had to be wary of the County counter-attack and the Amber Army did register a few shots on target, but nothing to worry the Swindon 'keeper with.

The match finished goalless after great perofrmances from both sides. 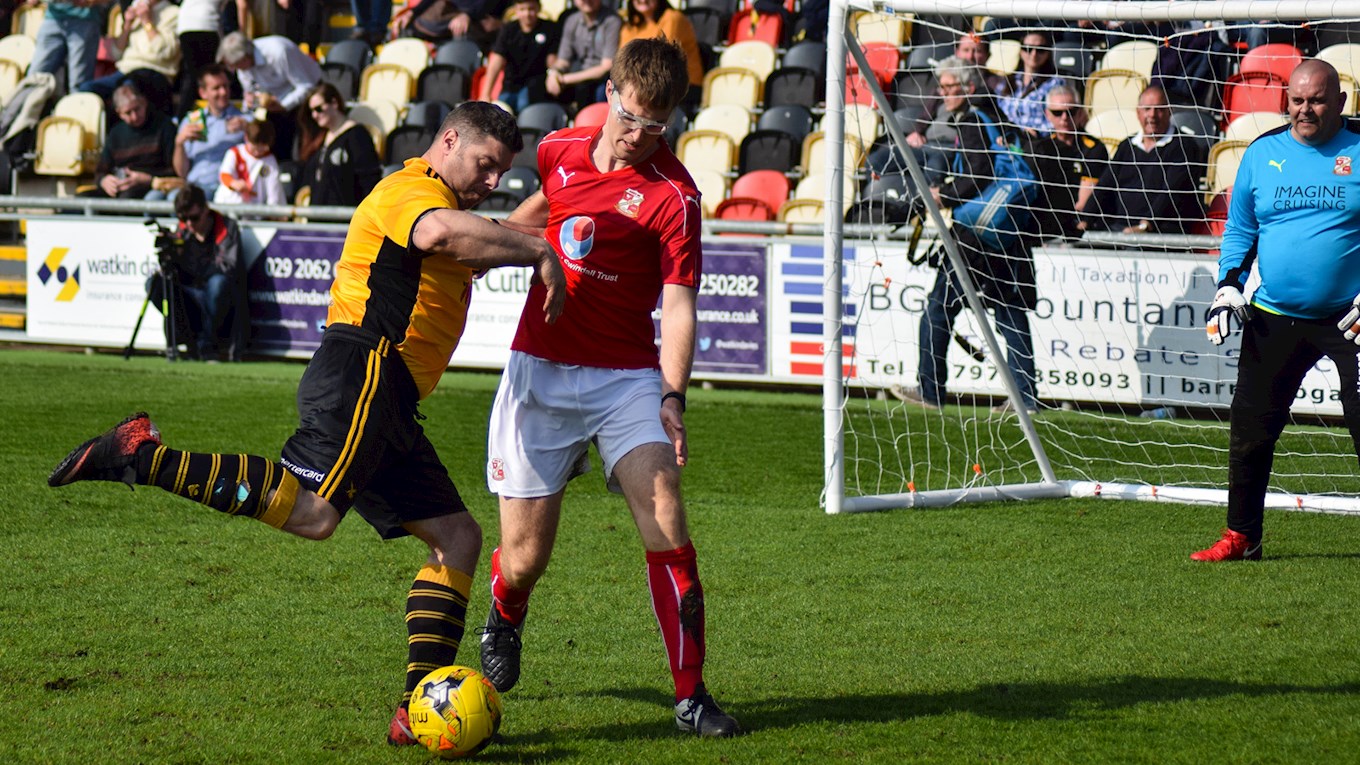 Learn more about the We Wear the Same Shirt
team by visiting the Community Page.