Some dreams do come true...

When County fan Olivia Baker was making her sign before the Emirates FA Cup Fourth Round match against Tottenham Hotspur at Rodney Parade, she could never have known it would end with her meeting her hero and being a County Mascot for the day. 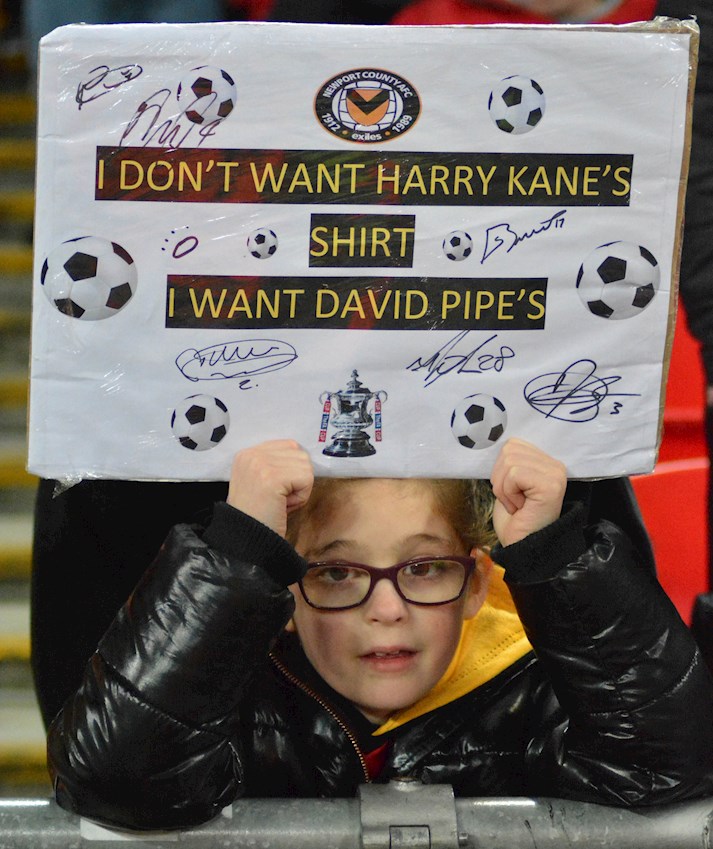 Olivia's sign which read "I don't want Harry Kane's shirt, I want David Pipe's" (pictured above) was held up throughout both the Home Fourth Round Match at Rodney Parade and the replay at Wembley; however, with almost 9,000 County fans at the Home Match and 7,200 at the Replay, David Pipe hadn't seen the message.

What came next was truly remarkable!  The above photo of Olivia and her sign surfaced on Facebook and County fans began sharing the photo to help ensure that this seven-year-old achieved her dream!  It wasn't long until someone who knew Olivia had seen the photo and contacted her dad Luke to show them the campaign.

Once Olivia's family were found, County supporters alerted both David Pipe and the Club to the campaign and the Club knew it was important to make Olivia's dream come true.  Pipey was determined to ensure his biggest fan got the shirt she wanted and Club made the day extra special by giving Olivia the chance to be a Newport County AFC Mascot and walk onto the pitch with the man himself. 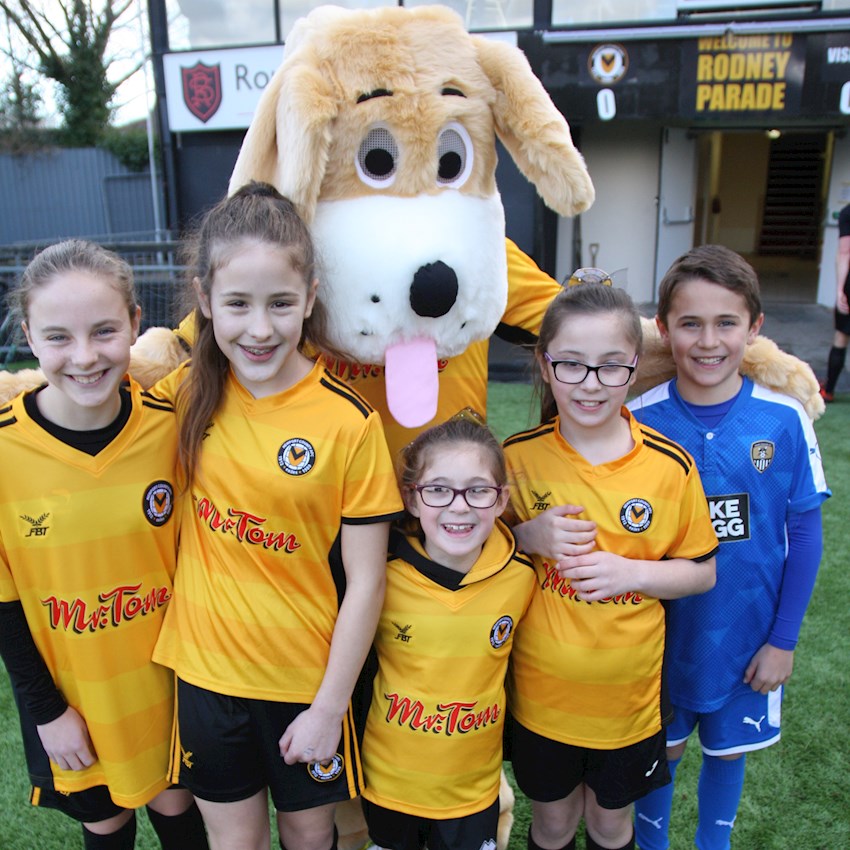 Pipey met seven-year-old Olivia before the game against Notts County on the weekend and he was (finally!) able to hand over the shirt she deseperately wanted. 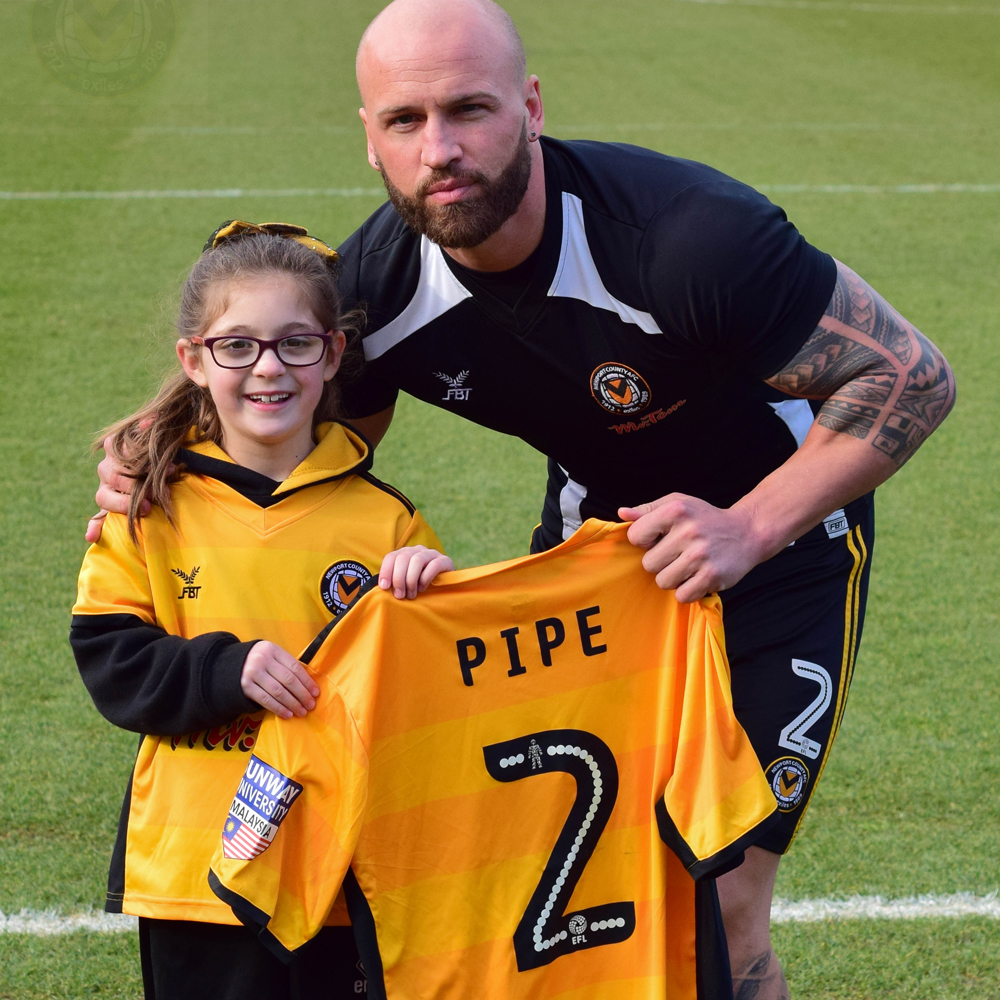 “She’ll be like a bottle of pop now!" said her father Luke Baker, speaking to the South Wales Argus before the Notts County match on Saturday. "She knew something special was going on but she couldn’t work out what it was. It’s a lovely gesture by Pipey and by the Club, and it’s made her day.”

Defender David Pipe spoke to the County media team after the Notts County game and said, "The love shown by the fans is what keeps me going week-in week-out, I am very happy to give this shirt to Olivia. It is a moment neither of us will forget!"