The members of the club’s DSA have voted Joss Labadie as their Player of the Month for December with a 44% approval rating; Joe Day was second with 28%.

Joss pictured here receiving his award from Rob Taylor, DSA Matchday Volunteer and member as well as part of the Amber Army, was chosen in Rob’s words because he’s “been outstanding this month …”. 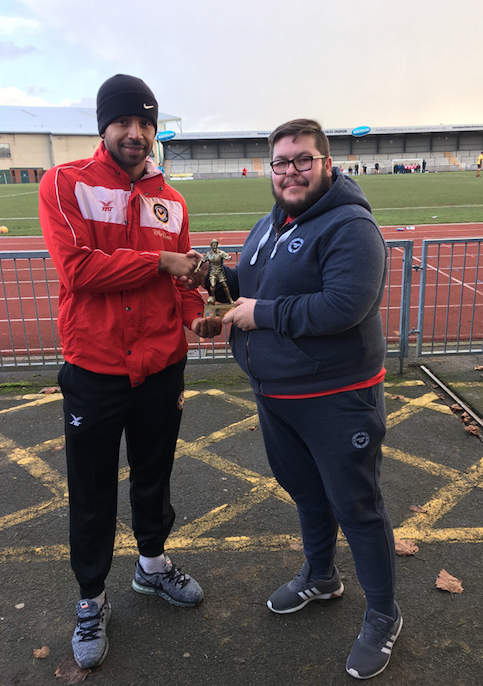 If you think Rob reminds you of the back end of a bus this is because he featured in the club’s kit launch for the season and is on the back of a bus! Rob was nominated by the County in the Community team to represent the mental health programme “We Wear the Same Shirt” who will be travelling to Newtown for a tournament this weekend.

Rob is what’s called an “informal carer”, a title used to describe an individual who supports a family member or friend who has a disability or diagnosis.  This is the reason he attends the WWtSS programme; it gives Rob some time to recuperate and some time out from his caring duties.  “The sessions on a Thursday are an opportunity to play football with group of people who can all understand how life stresses can cause issues, but the banter on and off the pitch between the group and the Community Team is first class; we also get the opportunity to represent the club we love at tournaments and arranged games”. 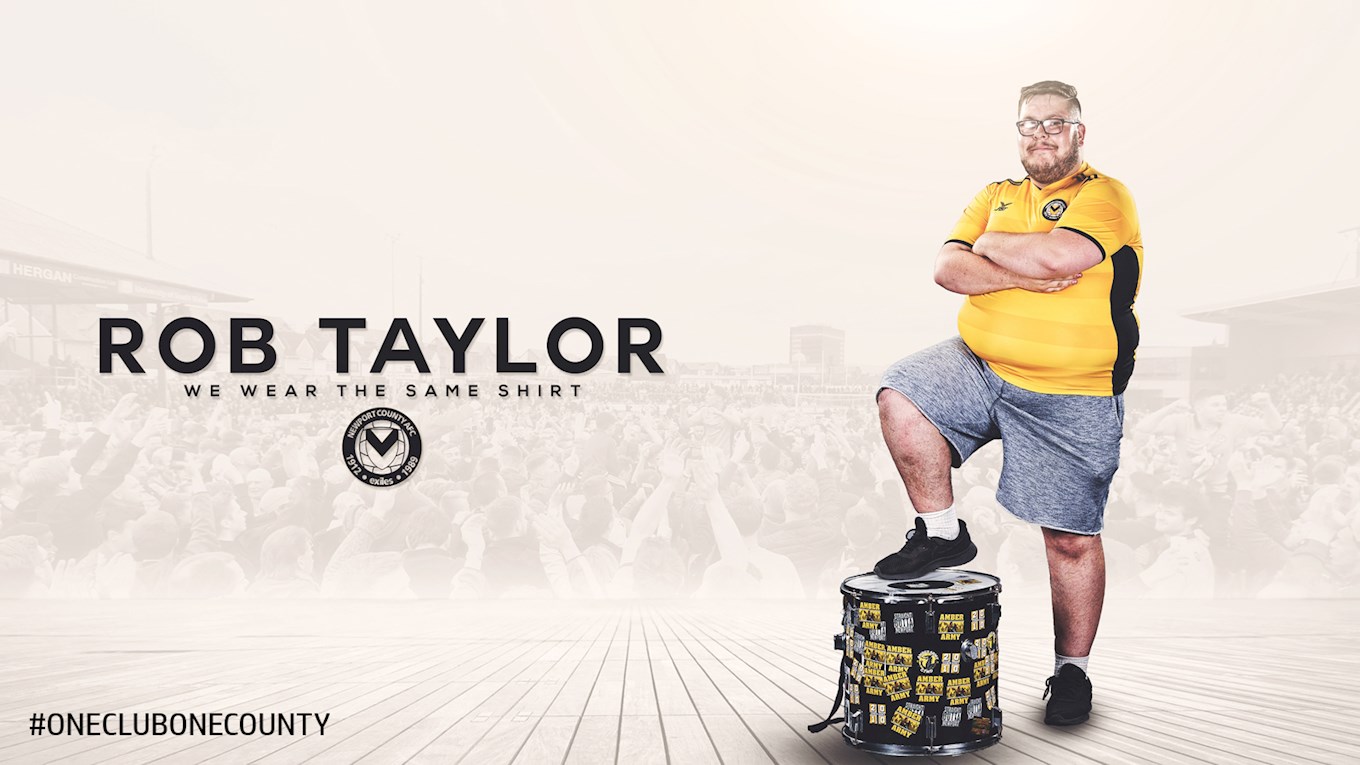 As stated Rob is a Matchday Volunteer for the DSA; turning up at least two and half hours before kick-off to support the disabled supporters attending, whether home or away.

A typical routine for Rob would be monitoring the Accessible spaces in the ground and assisting supporters to their chosen location in the ground, checking in on supporters and walking round to see if anyone needs assisting in addition to have a laugh and a joke with them.  After the game he also assists collecting blankets back in and helping people back to their cars. In addition, Rob has volunteered at DSA events such as the annual Halloween Party.

If you would like to find out more information about the Disabled Supporters Association you can go to the DSA page on the club website or visit their Facebook page, you can also follow them on Twitter @AmberDSA. If you think the DSA can help you attend games, you can contact them via social media or email them at info@amberdsa.wales

Did you know the DSA has a dedicated matchday phone number? The phone is on for 5 hours before kick-off and 30 minutes after the full time whistle.

If you’d like to join the DSA and have a chance of presenting the Player of the Month award for January, please complete the online Membership Form or ask a Matchday Volunteer at a fixture.