Newport County AFC will be looking to continue their perfect start to 2018 when they travel to Lincolnshire to take on Grimsby Town on Saturday. The home side will be looking for their first win since 9th December after hitting a dip in form, whilst also looking to exact revenge on County for the Exiles’ 1-0 victory in the other meeting between the two sides this season at Rodney Parade.

Here, you can find all the facts and statistics ahead of this League 2 encounter… 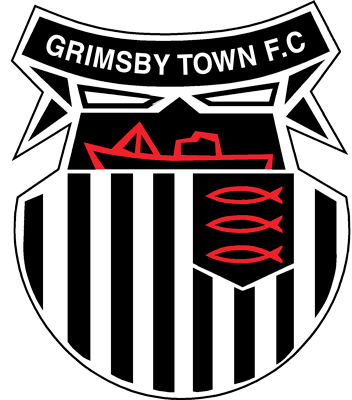 Grimsby Town have hit somewhat of a dip of form lately in terms of results in League 2 and are one of only two sides to have not won a league game in their last six matches.

Only Chesterfield have picked up less points in that time frame, as the Mariners have amassed just two points in League 2 since 16th December.

That run of form does in-fact start with one of those draws, as they held promotion contenders Notts County to a 0-0 draw at Meadow Lane.

And they managed to hold league leaders Luton Town from scoring in the first 40 minutes of the game at Kenilworth Road, although goals from Luke Berry and James Collins eventually secured a 2-0 victory for the Hatters.

The other point from their last six league matches came on Boxing Day as the Mariners drew 1-1 at home to Mansfield Town. Ex-Exile Mitch Rose opened the scoring at Blundell Park in just the tenth minute, only for Stags striker Lee Angol to equalise with ten minutes remaining to take a share of the spoils for his side.

Then come three defeats to end Grimsby’s recent run of form, although the Mariners have failed to score in all of these matches.

Goals from Billy Kee, Sean McConville and Kayden Jackson secured all three points for Accrington Stanley in a 3-0 away victory, while first-half goals from Chris Porter and Brad Walker saw Crewe Alexandra to a 2-0 home victory on New Year’s Day.

After failing to reach the Third Round of the Emirates FA Cup, Grimsby elected to arrange a home tie with Morecambe on Saturday.

But first-half goals from Kevin Ellison and Steve Old saw them suffer a 2-0 home defeat, slipping down a place to 15th in the process, although only trail County by five points ahead of Saturday’s game. 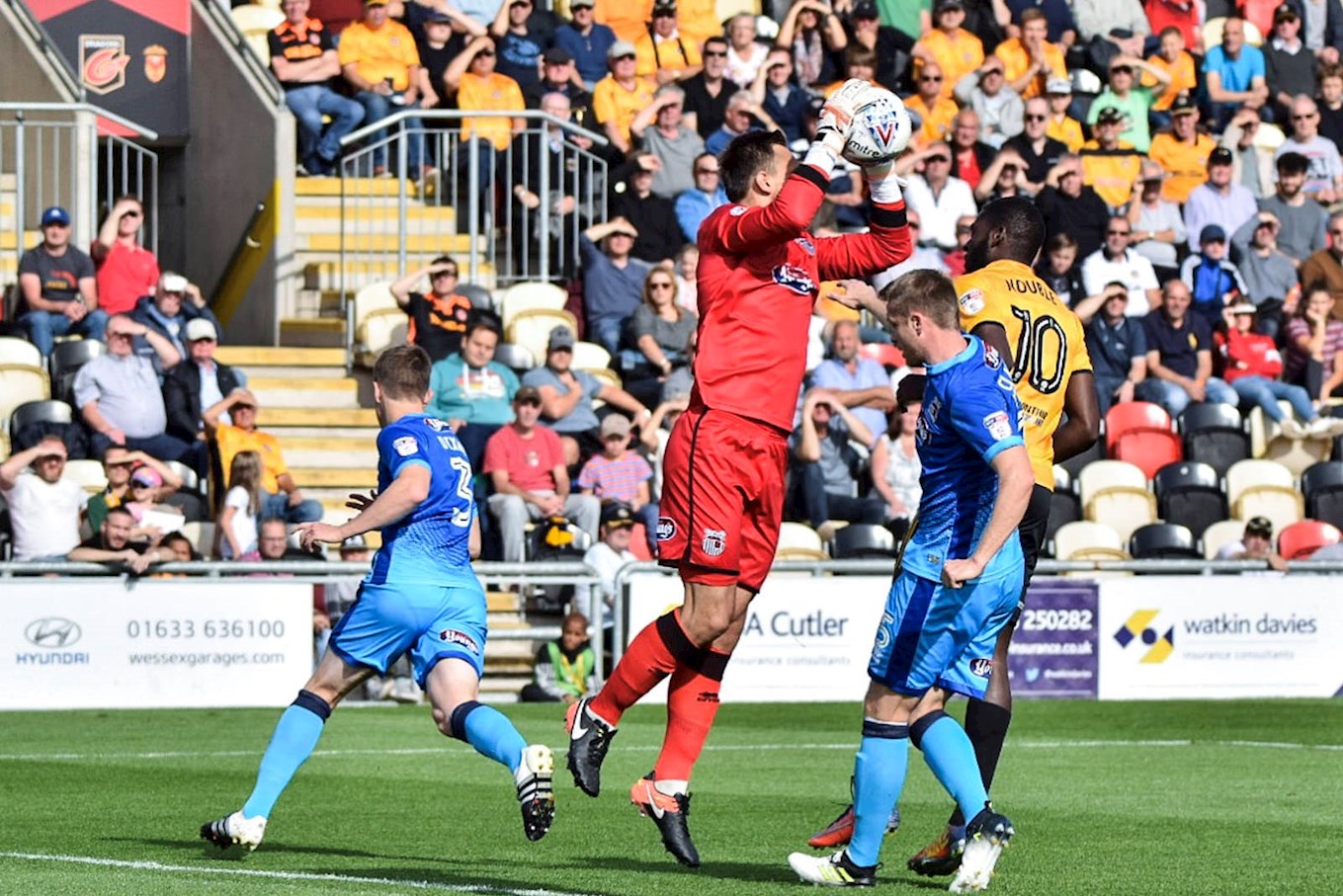 The Mariners will only be missing goalkeeper James McKeown for our trip to Blundell Park on Saturday.

The 28-year old shot-stopper suffered a serious groin injury in the Boxing Day game with Mansfield Town, and although no official timescale has been put on the injury, it has been reported that he will miss six to eight weeks of action.

That saw Grimsby move swiftly when the January transfer window opened, securing the signature of Sheffield Wednesday goalkeeper Jake Kean on loan, who came straight into the side last weekend.

Since then, the Mariners have again been active in the transfer market and signed striker Charles Vernam on loan from Derby County on Tuesday. The 21-year old will go straight into contention for our trip to Lincolnshire.

Such is Grimsby’s recent run of bad form of late, that manager Russell Slade made six changes to his side for last weekend’s home defeat to Morecambe, both through players returning from injury and trying to change the recent fortunes of the club.

One to Watch – Siriki Dembele After overcoming a recent knock picked up on New Year’s Day at Crewe Alexandra, Siriki Dembele will cause a constant threat to the County defence if selected to start from the off on Saturday.

The winger has already settled well to life in Grimsby since joining the club in the summer, making 30 appearances to date, and has been responsible for winning his side five points already this campaign.

Dembele scored the winner in a 2-1 success for the Mariners at Port Vale in early October, while scoring a double in the 3-2 away victory at Cheltenham Town just 10 days later.

He has only scored one goal at home so far this campaign, however, that coming in a 3-2 win over Swindon Town.

Originally born in the Ivory Coast, the 21-year old then relocated to London in search of better footballing opportunities.

His desire to make the grade in the professional game then took him all the way to Govan in Scotland, where he joined the Dundee United youth system.

Dembele spent three years as part of that academy before joining Ayr United U20s alongside a trial with Celtic.

He then partook in the Nike Most Wanted 2016 Trails and eventually secured a place at the Nike Football Academy at St George’s Park.

Whilst with the academy, the winger had trials with Barnsley and Huddersfield Town, agreeing a deal to sign with the latter, although an injury ruined that move with the news that Dembele would miss four months of action.

That saw him return to the Nike Academy in January 2017, finally earning his first professional contract when signing with Grimsby Town in the summer. 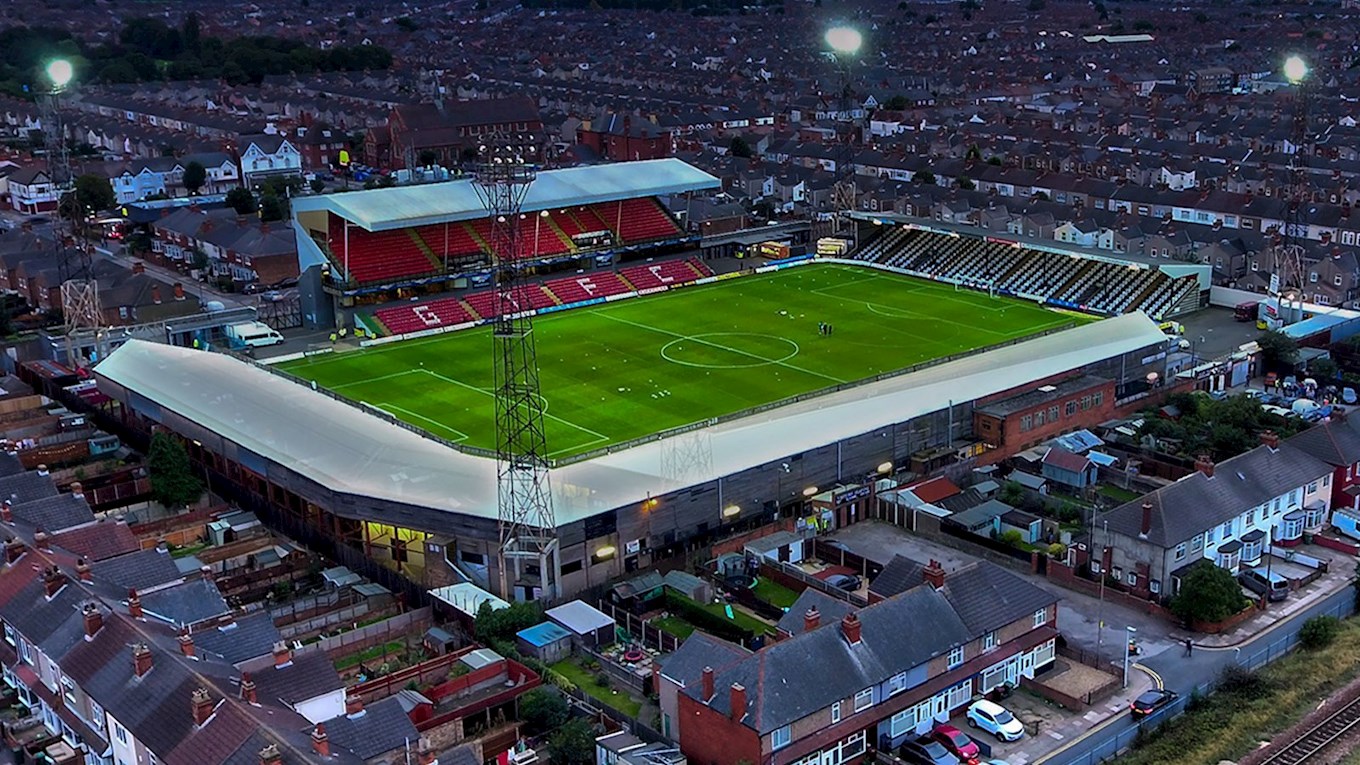 Although Grimsby Town have resided at Blundell Park since 1899, only one of the original stands is still at the stadium in the modern day.

It is just the fourth stadium that Grimsby Town have occupied since their inception in 1878, having also spent time at Clee Park, Lovett Street and Abbey Park.

The official capacity stands at just over 9,000, although a record attendance of 31,651 was seen for an FA Cup tie against Wolverhampton Wanderers in 1937, before the ground was made all-seater in 1995.

Away fans will be housed in one corner of the Osmond Stand on matchday, behind one of the goals, where 600 of the 2000 seats will be allocated to County fans.

This will be only the second time that County have visited Blundell Park in League 2, although there were several visits to Lincolnshire in the non-league days and before the club’s reformation in 1989.

39 Exiles fans made the long trip on a Tuesday night last season for the tie on 27th September 2016, a 1-0 defeat courtesy of a late Omar Bogle penalty spelling the end for Warren Feeney as County manager.

Padraig Amond scored the matchwinner for the second successive game at Rodney Parade as the Exiles ground out a hard-fought 1-0 victory over Grimsby Town.

The goal came on 63 minutes and was the result of a well-worked Ben Tozer long-throw.

Nouble flicked on the delivery into Amond’s path, with the striker instinctively beating his marker to stab home from all of eight yards past a previously unbreachable away goalkeeper in James McKeown.

Captain Joss Labadie and vice-captain Mark O’Brien were also prevented from getting their first goals of the season by McKeown, while defender Ben Davies had to clear two attempts off the goal-line as County dominated proceedings in South Wales.

Grimsby strikers Jamille Matt and Sam Jones provided the best resistance for the Mariners throughout the game, but never truly tested Day into anything but routine saves.

The victory lifted the Exiles to 8th position in the League 2 table, just a point outside the play-off positions, as avoiding defeat ensured the Exiles made it at least 189 days unbeaten at Rodney Parade.

Exiles manager Mike Flynn said of the game: “I am very pleased. They were absolutely superb, and it should have been a lot more comfortable if we’re honest.

“We should have been out of sight, I think they cleared three off the line in the first-half but listen, I’ll take three points and a 1-0 win every day of the week.”

Grimsby Town manager Russell Slade added: “''I would've liked us to defend more competently and that's from the goalkeeper to the back four and show that bit of composure because I thought we created our own pressure.

''They looked like it was chance after chance but actually we were creating those chances through making poor choices or poor decisions.'' 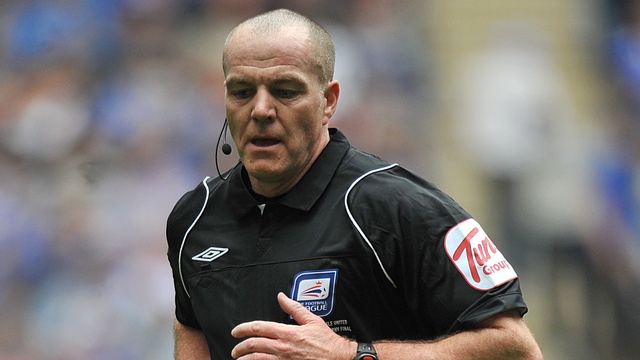 Salisbury is currently embarking on his 17th season as a Football League referee having officiated his first match on 11th August 2001 in a 1-1 draw between Hartlepool United and Mansfield Town.

He has refereed 25 games this season thus far, of which the last came on 30th December as Rotherham secured a 2-1 away victory at Walsall.

Three yellow cards were brandished in that game by Salisbury, taking his record to 98 yellows and five red cards from the 25 matches.

Salisbury was also the man in the middle for Accrington vs Morecambe on New Years Day. But he decided to abandon the game at half time due to a waterlogged pitch, with Accrington leading 1-0 at the time.

All this follows on from his record last season which reads as 116 yellow cards and five red cards from 36 matches. 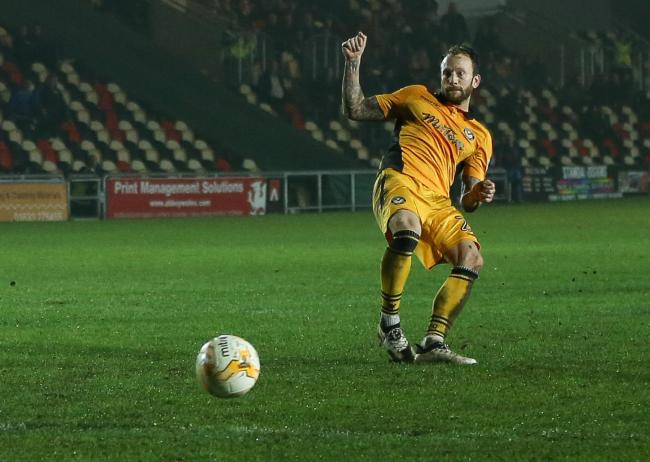 However, County have only won one of those five games in which Salisbury has officiated, drawing a further two matches and losing the other two.

All of these matches have come in League 2, starting with the 2-2 draw at home to Barnet on 25th October 2016 in the rearranged fixture.

Ben Tozer and Sean Rigg were the two scorers for County on the night, the latter from the penalty spot in the 89th minute, as the Exiles were also awarded three yellow cards. Tozer, Mark Randall and Jennison Myrie-Williams were the offenders during that particular game.

Salisbury also refereed County on two occasions in the 2015/16 season, the first of which was a 0-0 away draw with Dagenham & Redbridge on 19th September 2015. No bookings were given out in London.

The second game that season, however, was a lot less fruitful for the Exiles.

It came on 19th March 2016 and although Alex Rodman scored within 120 seconds, eventual promotion winners Bristol Rovers fought back at Rodney Parade to secure a 4-1 victory. Darren Jones and Mark Byrne were both booked that afternoon.

Only one County game in the 2014/15 season was overseen by Salisbury, that coming in the away game with Stevenage. An Adam Chapman late consolation was the only thing for the travelling supporters to take back with them to South Wales, as goals from Charlie Lee and Bira Dembele secured the Boro a 2-1 victory.

During that game, Robbie Willmott and Kevin Feely were both shown yellow cards, while Chris Zebroski was sent off in added time for a second bookable offence.

That leaves just the first ever County game to be officiated by Salisbury, as goals from Chris Zebroski, Lee Minshull and Danny Crow secured a routine 3-0 home victory over York City on 19th October 2013.

Lenny Pidgeley and Adam Chapman were the only two Exiles players to be shown yellow cards that afternoon.