The Exiles and Leeds United will meet for the second time this season when the Whites head down to Rodney Parade on Sunday. County will be searching for a win that will see them into the fourth round of the competition for the first time since the 1978/79 campaign, while Leeds made it that far only last season before a shock exit to National League side Sutton United.

Here, you can find all the facts and statistics ahead of this Emirates FA Cup Third Round encounter…

Leeds United head to Rodney Parade on Sunday as one of the form sides in the Championship having picked up 13 points from their last six league matches.

Only Derby County and league leaders Wolverhampton Wanderers have amassed a superior point tally in that time, in a run that starts with a 3-1 win at Queens Park Rangers.

Striker Kemar Roofe scored a 27-minute hat-trick in that game to give the Whites all three points, having scored in the 63rd, 68th and 90th minutes of the game at Loftus Road.

Then come back-to-back 1-0 home victories for the visitors.

Pontus Jansson’s first-half header was enough to secure a victory over Norwich, while Pablo Hernandez netted the only goal of the game in the success over Hull City.

That run soon became four wins in a row, following a 2-1 success at the Pirelli Stadium against Burton Albion.

Hernandez and Roofe both scored in the second-half to turn the game on its head and secure the victory, after ex-Exile Tom Naylor had given the Brewers a half-time advantage.

But that run derailed somewhat when the Whites suffered a shock 1-0 defeat at bottom club Birmingham City. Jacques Maghoma struck seven minutes from time to give them an unlikely victory, as Leeds failed to score for the first time in all competitions since 14th October.

And that goalless streak continued in their last league match as-well, as they were held to a 0-0 draw at home to Nottingham Forest on Monday. That point meant the Whites remained in the Championship play-off places in 6th position ahead of the Emirates FA Cup break. 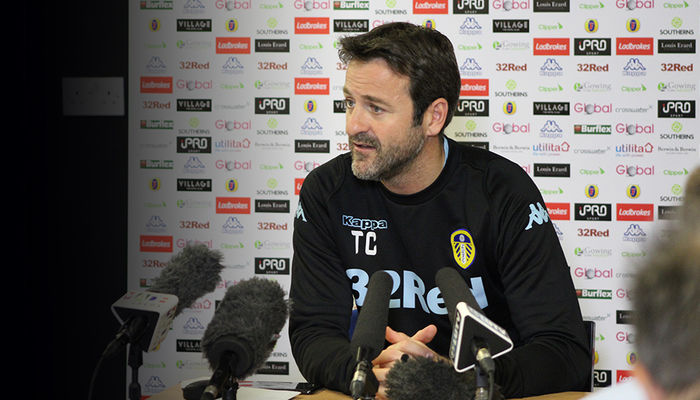 Leeds have a couple of injury headaches ahead of their first ever trip to Rodney Parade.

Central-Midfielder Ronaldo Vieira and winger Stuart Dallas both missed last weekend’s draw with Nottingham Forest through unspecified injuries, while Luke Ayling was withdrawn after just 26 minutes of that game.

The right-back took to Instagram to confirm that an ankle injury was the reason as to why he was forced off early at Elland Road, although did state it was not as bad as initially feared.

Tyler Denton recently returned to the club from his loan spell at Port Vale for family reasons; but will be cup-tied for the game having played for the Valiants earlier in the competition.

January signing Aapo Halme, who joined from Finnish side HJK Helsinki for an undisclosed fee on Wednesday, is not expected to feature for the first-team just yet and will instead link up with Carlos Corberan’s U23 side.

All those concerns meant manager Thomas Christiansen made two changes to his starting side last weekend, although he may be tempted to rotate his squad again for the cup game with County.

One to Watch – Kemar Roofe 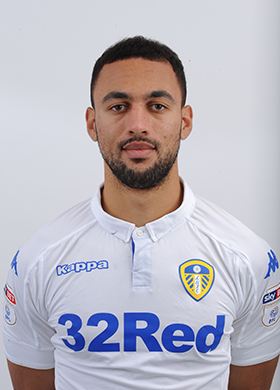 A constant bane to the County side when selected to play against the Exiles, Kemar Roofe will provide a constant threat throughout the game if selected to start at Rodney Parade.

The 24-year old has already bagged four goals against County in his career, the first of which was a 30-yard thunderbolt on the final day of the 2014/15 season in Oxford United’s 1-0 victory at Rodney Parade.

The striker followed that up with a hat-trick in Leeds United’s 5-1 victory over the Exiles in August in the Carabao Cup second round, one of two hattricks he has to his name this season.

QPR were the other side to see Roofe score three past them, as he is already on his best goal-scoring return for a season with the Whites.

He has reached double figures for the season already, adding strikes against Nottingham Forest, Cardiff City and two against Burton Albion.

That is a much better goal return than in his debut season last year, when he could only score three goals from 49 appearances.

A seven-figure sum reported to be around £3 million was the price it took Leeds to prize Roofe away from Oxford United, a club he only spent a full season and a short loan-spell with.

But 32 goals in 64 appearances with the U’s clearly marked the striker out as a potential goal machine, as he helped the club secure promotion to League 1 before his departure.

West Brom are the only other permanent club that Roofe has signed for, having graduated from the academy system at the Hawthorns in January 2012.

However, the 24-year old never made a competitive appearance with the Midlands club and had several loans away from the club, including Finnish side Vikingur Reykjavik, before joining Oxford for an undisclosed fee. 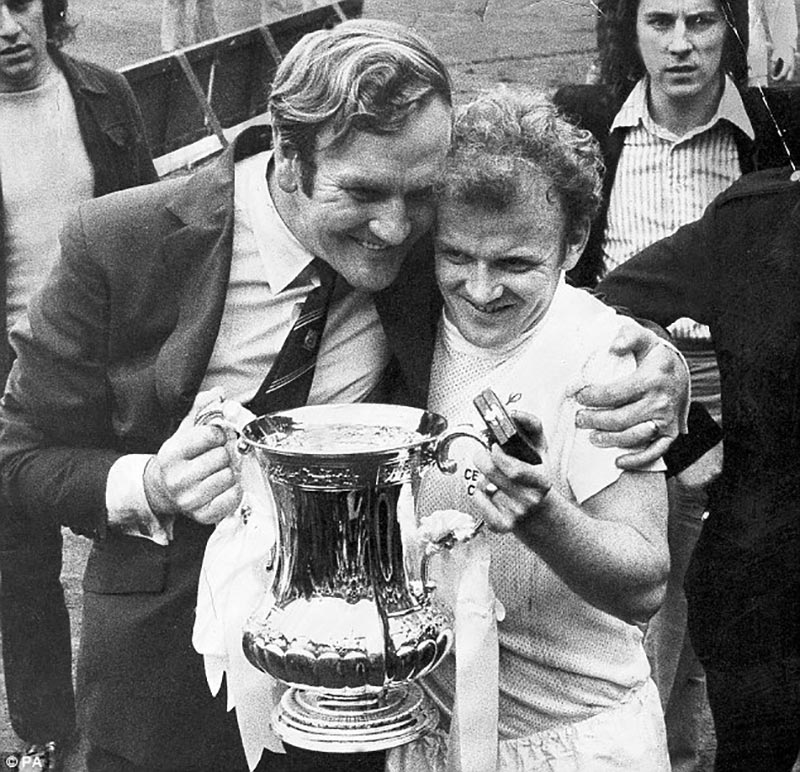 The Exiles will be coming up against a previous winner of the Emirates FA Cup when the Whites travel to Rodney Parade on Sunday.

That victory came in the 1972 final against Arsenal. A 1-0 victory in-front of 100,000 spectators at Wembley was secured when Allan ‘Sniffer’ Clarke and Mick Jones combined in the 53rd minute to net the winner.

The Whites have also been losing finalists on three separate occasions, the first of which came in the 1964/65 season in-front of another 100,000 spectators.

Liverpool eventually won that final 2-1 in extra-time, Billy Bremner cancelling out a Roger Hunt opener before an Ian St John winner in the 117th minute saw the cup head back to Anfield.

The second final came in 1970 when Leeds and Chelsea ensured the FA Cup final was taken to a replay for the first time in 58 years after a 2-2 draw in the initial game.

Old Trafford staged the replay and the Whites were again on the wrong end of a 2-1 defeat in extra-time, Mick Jones scoring in the first-half before Peter Osgood and David Webb turned the game on it’s head.

Then came one of the most notable FA Cup finals ever as Sunderland became the first second-division side since West Brom in 1931 to win the FA Cup.

A star-studded Leeds side were beaten thanks to Ian Porterfield’s first-half effort, with goalkeeper Jimmy Montgomery making a host of incredible saves to ensure The Black Cats became the first team to win the trophy without having a full international in the side. 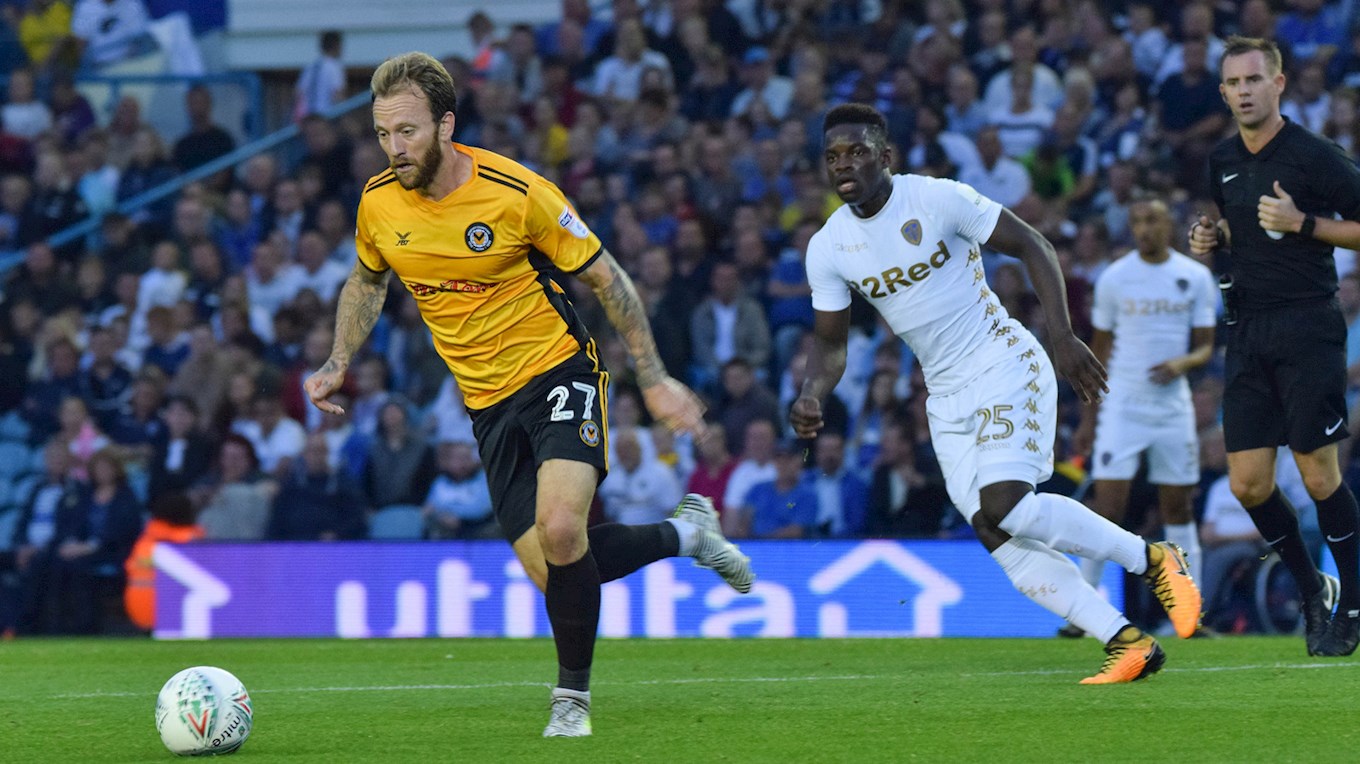 A hat-trick from Kemar Roofe saw the Exiles knocked out of the Carabao Cup at the Second-Round stage following a comprehensive 5-1 defeat against Leeds United at Elland Road.

Despite the scoreline, it was in-fact County who opened the scoring in the 33rd minute, captain Joss Labadie’s shot from 25 yards somehow squirming under home goalkeeper Rob Green and into the net.

But Kemar Roofe’s first goal a minute before half-time meant County couldn’t take a lead back with them to the dressing rooms, as the striker calmly dispatched his opportunity from four yards after the Exiles had twice failed to clear a corner.

Roofe had his second just three minutes after the interval, firing into an empty net from 12 yards after Joe Day had originally saved a Stuart Dallas cross-shot.

And his hat-trick was complete with 64 minutes on the clock, this one the pick of the bunch, after a stunning overhead kick on the edge-of-the-area from a Luke Ayling delivery.

Substitute Samu Saiz made it four with twelve minutes remaining, capitalising on Ben White’s scuffed clearance to cleverly pass the ball into the far corner from just inside the area.

The scoring was complete in the 89th minute when Ronaldo Vieira finished off a clever corner-kick routine with a curling effort out-wide.

But both managers agreed after the game that the score-line didn’t reflect the true manner of the match.

Mike Flynn said: “I thought it was a bit flattering for Leeds. But we’ve seen tonight the quality of a Championship side who can take their chances.”

Thomas Christiansen said: “Newport gave everything to the game, which made us give our everything to win the game, especially in the second-half. It’s clear that it is a strong team with good players and a good manager so credit to them for their performance.” 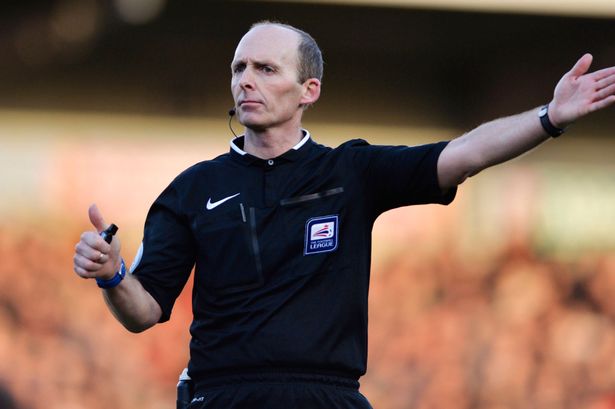 Dean is currently embarking on his 20th season as a professional referee.

He became a Football League referee in 1997 before being promoted to the select group of Premier League referees just three years later.

The 49-year old has refereed 17 matches so far this season, the last of which came on Thursday night as Tottenham Hotspur and West Ham United played out a 1-1 draw.

Yellow cards were given to Mark Noble and Andy Carroll at Wembley, meaning Dean has given out a total of 60 yellow cards and one red card from the 17 matches.

That follows on from his record in the 2016/17 season which reads as 138 yellow cards and five red cards from 38 matches.

Since 1902, referees have only been allowed to officiate an Emirates FA Cup final on just one occasion during their career. Dean officiated the 2008 final, as Portsmouth secured their second crown with a 1-0 victory over Cardiff City. Three bookings were brandished in that final.

Dean has also officiated several international matches, the first of which came way back in 2004 in a friendly between The Netherlands and Northern Ireland.

This tie will be the first time that Mike Dean has refereed a match involving Newport County AFC.

He has, however, refereed Leeds United on several occasions. The last time that occurred was on 21st January 2017 as the Whites suffered a 3-2 defeat at Barnsley. Seven yellow cards were produced during this fixture.

The last time he refereed the visitors in an Emirates FA Cup tie was also on a Sunday when they suffered a third-round exit to Sunderland on 4th January 2015. Three yellows were produced at the Stadium of Light.

Interestingly, it has been over five years since Dean officiated a game that involved a side from League 2. That came on 17th March 2013 as three yellows were awarded in Bristol Rovers 1-0 success over AFC Wimbledon.

As the game is a cup match, no live showing of this fixture will occur on iFollow Exiles but the game will be live on BBC ONE Wales from 11:45am. Commentary of the game by Charlie Brown and Richard Shepherd can also be found at the Match Centre.