Norman Parselle and the rest of the Newport County AFC Community team have for many years now been making football accessible to all.

The County in the Community Trust was formed in September 2013 and has endeavoured to deliver and increase participation in sport for people from 3-83 years of age.

These projects include the We Wear the Same Shirt team, a Walking Football team, a Futsal team and various other activations run through the scheme.

Find out more about the Community

Here, find out a little more about some of the people involved through the various aspects of the County in the Community system and why they were chosen to represent the club at the photoshoot.

Jason Smith – The We Wear the Same Shirt Team 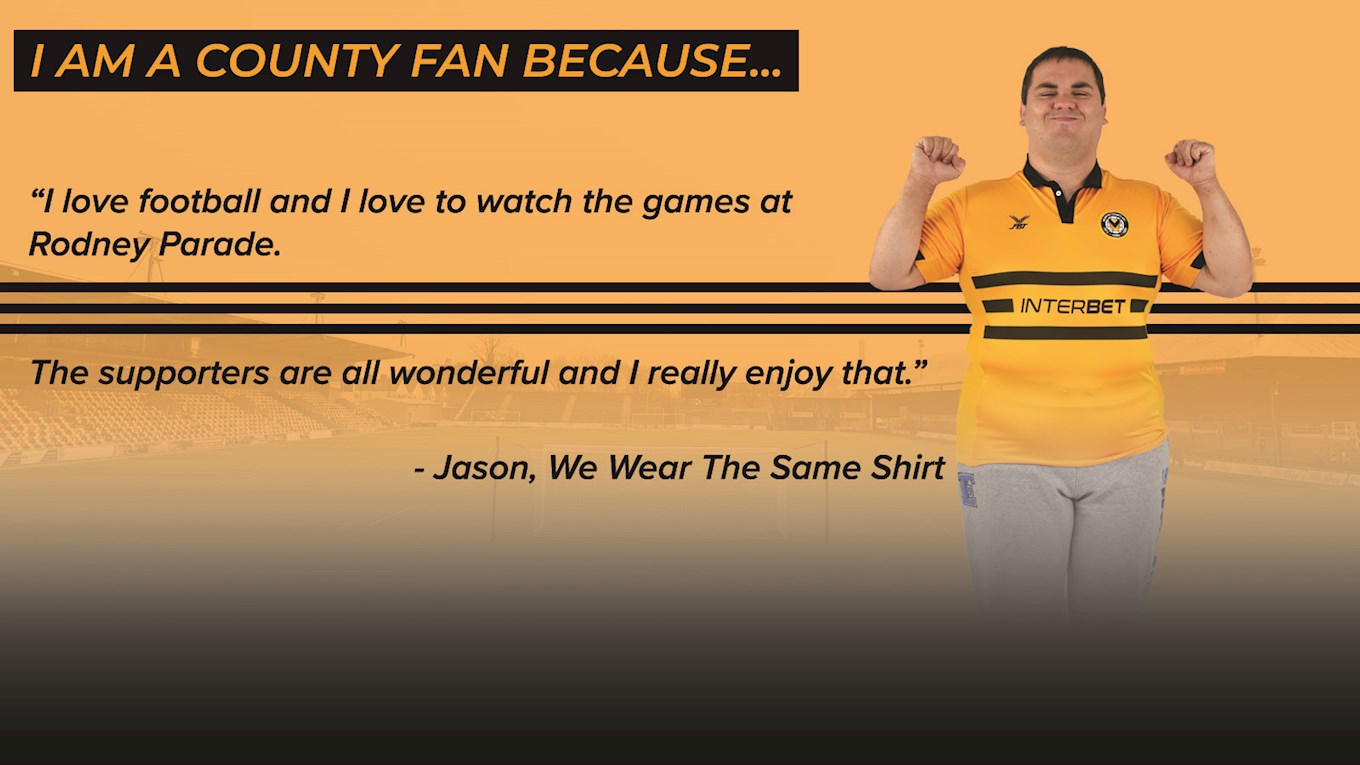 Jason Smith’s contributions to the team last year didn’t go unnoticed by his fellow team-mates as they voted him as the winner of the Keith Tennant Award for Players Player of the Year.

Voting was very close for the overall winner of the award – showing the unity of the team – but Jason was selected due to his positive attitude towards both his teammates and his opponents, and he never fails to give 100% when donning the shirt.

“I’ve been part of the team for ten months,” Jason revealed.

“It was a huge honour to receive my award – everyone in the team would have been worthy of winning the award but I was very pleased to have been chosen.”

The We Wear the Same Shirt scheme is a campaign to create a number of football teams for adults affected by mental health conditions.

It's free from the pressures of competition but offers a chance to be coached by Newport County AFC's top coaches.  It takes place every Thursday from 1pm-2pm at PlayFootball in Bettws.

Defender Dan Butler is the Club’s Mental Health ambassador and is always showing his support to the We Wear the Same Shirt scheme from showing up to training, sending messages of support to the team via Social Media and attending matches when he can.

Dan has previously spoken about the scheme saying: “I am extremely privileged to be an ambassador for such an important subject.  It is something that everybody should be able to speak openly about, so if I can do my bit from time to time, I am very happy to.

“I have met some really good people through this and hope that I may have helped them in some sort of way and will continue to do so in the future.”

And Jason wanted to place on record his thanks – on behalf of the whole team – for the support and encouragement that Dan has shown to the team ever since his first arrival at the club.

“Dan Butler has been amazing for me, absolutely brilliant,” he added.

“He’s been telling us to eat the right food, keep doing what we’re doing and give 100% in everything we do in football.” 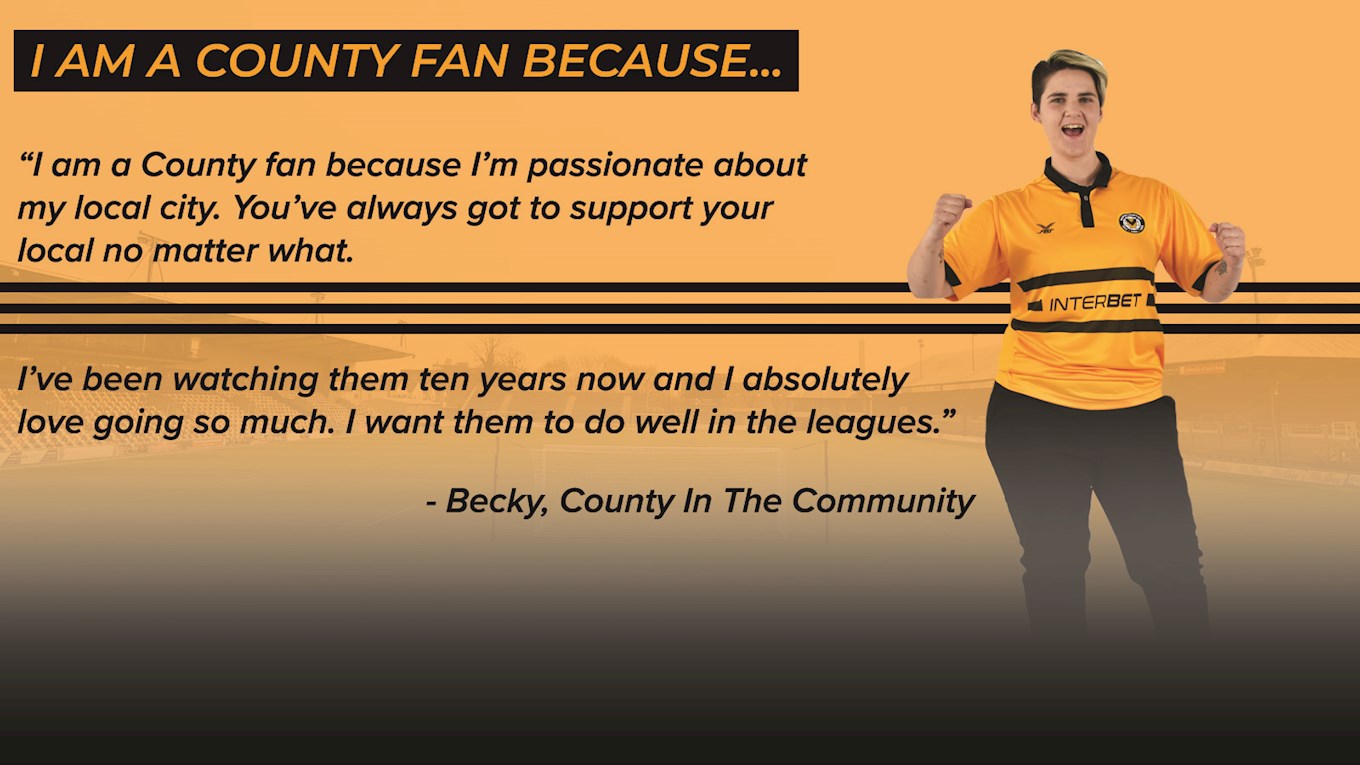 Ever since partaking in an apprenticeship role with the County in the Community team, Becky Smith has continued to help the team in a voluntary capacity.

This has helped her begin the pathway towards being a full-time coach in the future as she has been able to learn off Norman Parselle and the other coaches involved across the area.

She said: “I’ve been coaching with the Community for a couple of years now. I did an apprenticeship role with them for three months and then carried on with helping out at Soccer Camps and everything I could really.

“Coaching is a strong pathway that I want to proceed on.

“Norman Parselle has got so much experience and knowledge that he passes onto me. I’m overwhelmed with the privilege of getting to stand side by side with him and coach.”

Becky has seen first-hand how much time and effort players like Dan Butler put in to helping the County in the Community team complete their activations and she also wanted to thank them for their help and support.

“It’s brilliant that the players all help out in the Community,” she added.

“It promotes the club so much and for a player to engage with the Community activities means so much to the guys that play and also the whole city.”

Becky will now continue her own individual journey towards being a full-time coach alongside the club – and she is hoping for positive results in both aspects during the 2018/19 campaign.

She revealed: “For me personally, I just want to get as much coaching experience as I can really. I want to do the club proud and represent them in every way I can.

“The club itself did really well last year. I think the focus went off the league and onto the cup to see how far we could actually go.

“No-one can really predict what the club can do next season, but we know they are very passionate and doing the city proud. I know they will work 100% to try and progress through the leagues.” 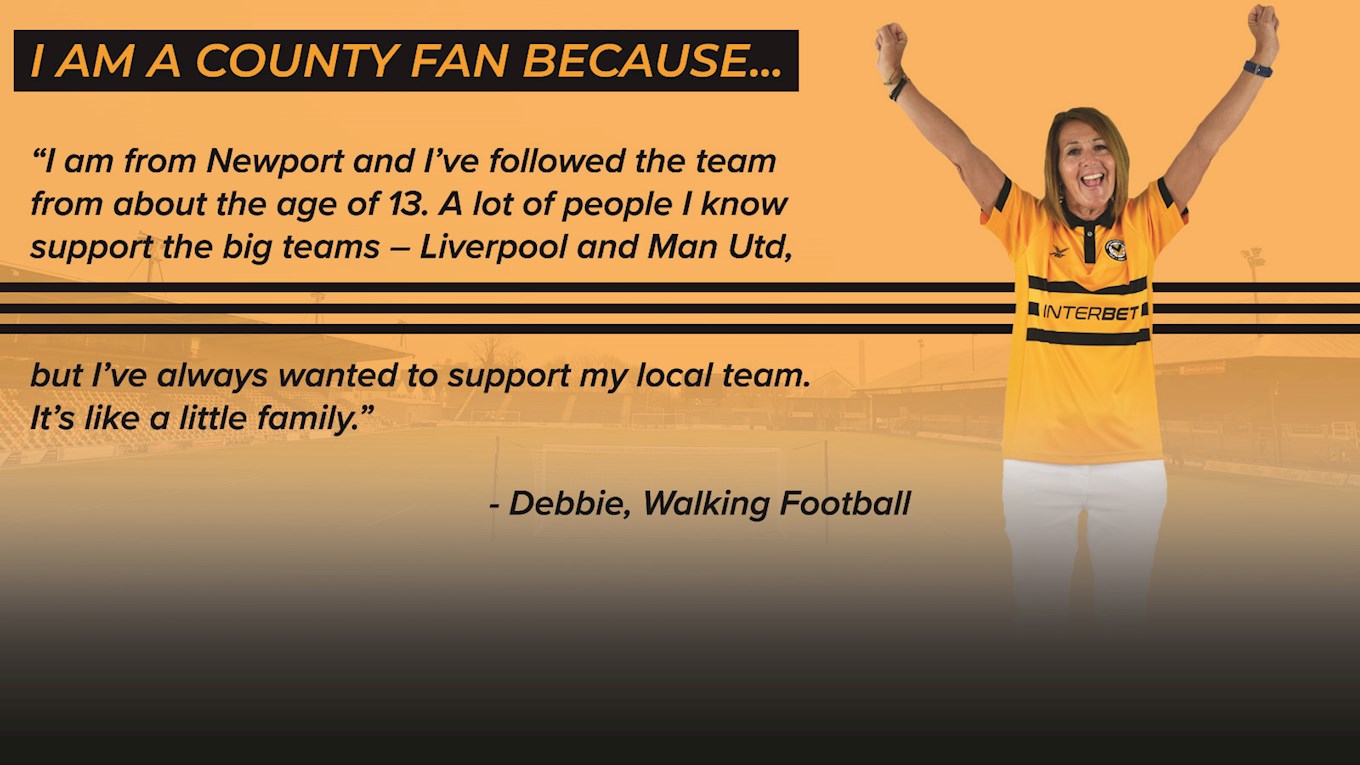 Since joining the Walking Football team over three years ago, Debbie Gwyther has become an integral part of its success and was recently rewarded for her hard-work and dedication.

The high number of votes given to Debbie in both categories shows how much of a valued member she is within the group – and also goes to show the progression she has again made on the field.

“It was an amazing feeling – I couldn’t believe it,” reflects Debbie.

“I’m not the best player but I think it was just the commitment – I always turn up and join in as much as possible really. It was a real honour.”

The Walking Football Team is primarily targeted at men and women aged 50+ who want to stay active but haven't quite got the engine of David Pipe anymore!

In terms of how the game works, walking football has very specific rules that outlaw all running and allows either no contact or only minimal physical contact between players.

“Obviously you need to walk, it’s harder than you think it is because it’s more ball to feet and accurate passing.

“You can’t really pass the ball on further because the other player can’t run on to it. It’s normally five or six a side – we have tournaments quite often – but it’s basically the same as the normal football rules.”

Debbie is planning to remain with the walking football team next season – and she is hoping that the first-team can have another successful year in 2018/19.

She continued: “There was such a family atmosphere during last season’s FA Cup run. It was just a good time and it was great watching Tottenham as-well.

“The way we played in that game against Spurs was unreal. It didn’t faze them at all and that’s because Mike Flynn is a great manager.

“We need to take that into next season and I think promotion will be a realistic possibility. You can never say no – we’ve got a strong team; new players have come in so hopefully they can do it.” 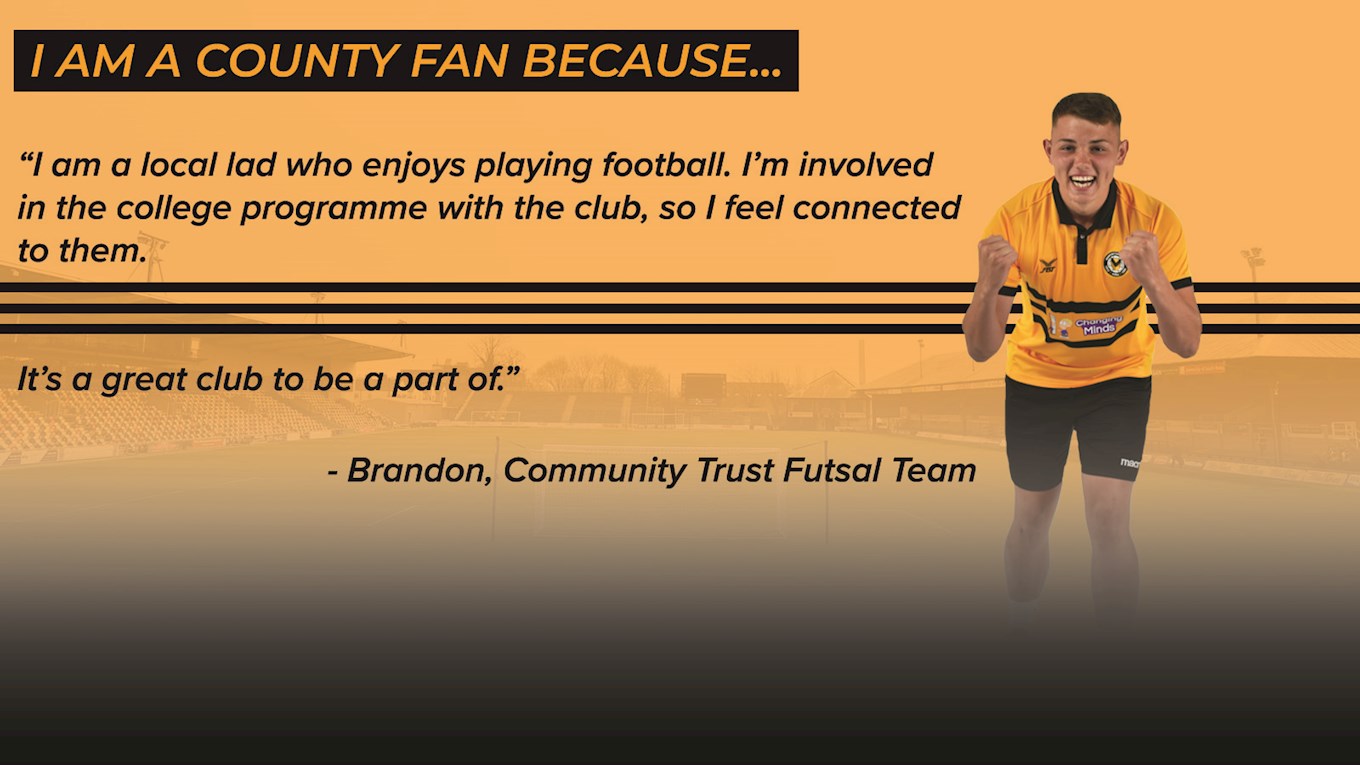 Brandon is a valued member of the County in the Community College Programme and epitomises what the programme represents: hard work in education and hard work in training.

County’s futsal team has had tremendous success in the past two seasons, winning the Futsal Championships in 2016/17 whilst remaining unbeaten in the process.

And Brandon feels there was no better way to continue with his passion for football than joining the college scheme.

He said: “I spoke to Dave Lewis as a part of coming onto the college course and at the moment it’s going well. It’s a good mixture of education and sport.”

A regular visitor to Rodney Parade alongside the programme, Brandon has been able to watch and learn from his idol between the sticks.

He commented: “I’m a goalkeeper so I’d like to say that I am quite loud on the field – I like to tell people what to do.

“Looking at Joe Day, I’ve just learned to get bigger and stronger. He’s quite a big lad, he comes out and wins the balls from crosses and stuff like that. That’s what I need to start doing.”

Alongside the football element of the college programme, participants undergo a BTEC Level 3 Extended Diploma in Sport which is worth up to three A-Levels and consists of 19 separate modules in relation to the core elements of sporting performance and excellence.

And Brandon believes this kind of qualification will help massively if he ever needs to explore other avenues within the sporting world.

“If being a goalkeeper is not something I can do then I still want to be in and around football as much as I can,” he continued.

“With the course, if you don’t make it into professional football then you have got the education to back you up, so you can do different courses to get your badges and things like that.

“I’m currently doing a Level 3 BTEC in sport so it’s really good for me.”