Monmouth Comprehensive School U13s have blown all the competition out of the water as they are crowned EFL Fustal National Champions.

The girls, who were representing County in the Community and Newport County AFC at the tournament, have been on an incredible journey seeing off all opposition. Teamwork, hard work and a brilliant attitude has seen them crowned National Champions and everyone at the Club would like to congratulate them on their fantastic achievement.

The following report was written by Daniel Keane.

Monmouth Comprehensive School Under 13 Girls emphatically made history by representing Newport County AFC at the EFL Futsal National Final and spectacularly won the tournament, beating Stevenage in a dramatic final, at the state of the art facility at Derby Arena.

This was the first time County had ever won a National EFL tournament and the girls were unbeaten throughout the tournament putting in a number of high quality performances on their way to the final.

Monmouth won the right to represent Newport at Newport Velodrome, beating a number of local schools in the area.  They then went on to play at the regional tournament where they came second in their group and beat Swindon in the final to qualify for the national finals.

The team - along with Coach Dave Lewis, Head of County in the Community, Norman Parselle and Spytty the Dog - travelled up the night before and stayed in a hotel to prevent a long journey and early start. The girls arrived at the hotel and had a team bonding meal at the Harvester in which they were given a team talk ahead of the tournament by PE teacher Mr Owen and Dave Lewis on how they wanted to set up and play.  Later the team travelled to the arena to soak up the surroundings ahead of the tournament.

After breakfast the next day, where the team loaded up on carbs, they arrived at the arena and faced Middlesbrough in a highly anticipated clash. The opening minutes were tight and both teams didn’t commit a lot of bodies going forward. Middlesbrough had a few half chances in the opening minutes, however, County played themselves into the game and scored two goals in the space of a minute.  The two quality individual goals were from Izzy Dennis.  The girls then kept it tight at the back limiting Middlesbrough to any chances and professionally saw the game out.

Next up, the girls faced Derby County and after a positive start playing their fast flowing counter attacking football, they took an early lead after Emily Simmons linked up with Millie Malsom, who cut in on her right foot from out wide and her shot flew into the bottom corner.

County continued to dominate and once again Mille Malsom and Emily Simmons linked up. This time Simmons scored after going one on one with the keeper. Derby hit back straight away and got a goal back and was pushing for an equaliser in the latter stages of the game. Superb defending from Captain Bethan Keane and Goalkeeper Maisie Drew making some superb saves ensured the victory.

In the last group game the girls faced Accrington Stanley.  Going into the game they knew they’d already qualified for the semi-finals as group winners.  Accrington put pressure on County in the early stages of the game but it was County who went ahead through a spectacular long range shot from Bethan Keane into the bottom corner.  Accrington searched for an equaliser and in the final moments of the game succeeded after a scramble in the penalty area.

The girls faced runners up in group two, Burton in the semi-final. They were growing in confidence as each game went on. Both teams attacked at one another at great intensity and Burton had a number of good chances but again keeper Maisie Drew produced a number of fine stops. County took the lead mid-way through after Emily Simmons beat her man and crossed the ball  for a simple tap in for Izzy Dennis at the back post. Burton desperately searched for an equaliser, however, the County defence stood firm, and caught Burton on the break with moments to go.  A fantastic individual run from Bethan Keane set up Millie Malsom who fired her shot into the top corner. Emily Bevan had a great chance to make it three moments later, her shot was cleared off the line! 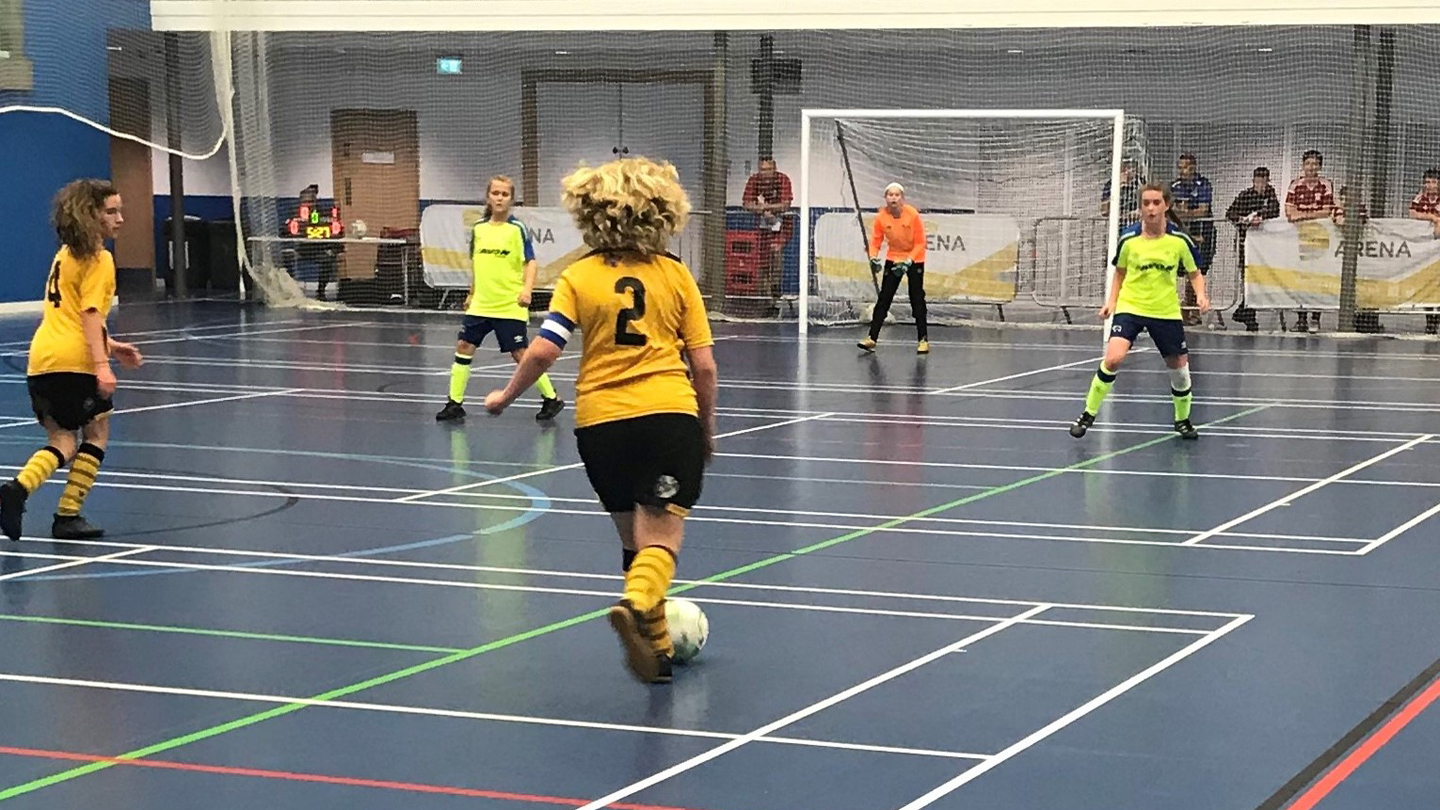 Newport would face Stevenage in the final and were so close to achieving what no other County team had done by winning an EFL national tournament. The girls started brightly maintaining possession well with Simmons and Malsom getting in-behind the Stevenage defence a number of times. Stevenage also threatened through their powerful playmaker in midfield. With both teams threatening to take the lead it was Newport who did after Simmons fired from close range into the bottom corner.

The goal gave the girls confidence and they quickly  doubled their lead through Malsom’s superb goal.

Stevenage threw everything at Newport who were tiring with the pressure being put on them. The girls passionately and bravely saw the game out and were ecstatic on the final whistle!

Teacher Mr Owen described the girl’s achievement as “Unbelievable” . He said: “I felt the girls played exceptionally well today and am proud of every one of them”.

Mr Owen and the girls would like to thank everyone at County in the Community for the opportunity they provided them.