It is back to the all important League this evening as we welcome near-neighbours Forest Green Rovers. Take a look below at what you are going to be reading about inside the matchday programme!

We begin this matchday programme, as we begin every matchday programme, with a few words from the Manager Michael Flynn. With 12 mathces to go in the League season, Mike looks to what could be achieved and how it will be a year since he was in charge this Friday 9th March.

Norman Parselle also takes us through the winners of the NCAFC Gwent Futsal Cup and what a fantastic experince it was for everyone involved.

Take a look at the involvement the Supporters Club had in the permanant signing of Josh Sheehan. Sheehan wears the squad number 31, 19 and 12 added together and resembling a very important date in the history of Newport County AFC - 1912. Read more about this in the 'Club News' section in tonight's programme.

Can't make tonight's game?  You can listen all the build up at newportcityradio.org from 1pm and switch over to iFollow at 2.45pm for live commentary with Charlie Brown and Richard Sheppard.

Will Pritchard reports on rising Newport County AFC Academy star Momodou Touray and his call up to the League Football Education (LFE) XI. 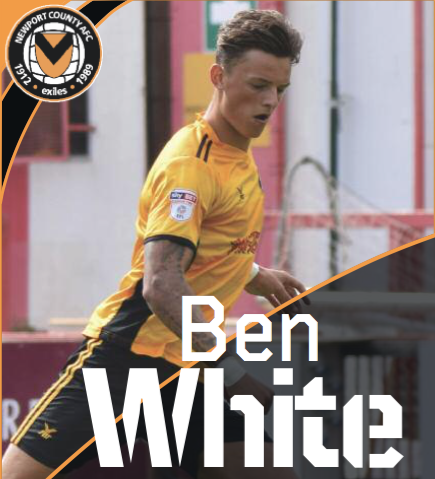 This week, Ben Catton sat down with central defender Ben White. The youngster speaks all about his career so far, what the squad can acheive as we enter the business end of the season, as well as how he started playing his football as an attacking midfielder.

Club Journalist, Ryan Robinson, re-lives the brilliant away win at Grimsby Town where Willmott and Nouble's goals meant County picked up all three points on the road a few weeks ago.

Elsewhere in the programme, he talks us through the superb 2-1 Sky Bet League 2 win over Crawley Town at Rodney Parade.

The Club's Chief Scout tells us about his week and gives us a little insight to our visitors Forest Green Rovers as well as how we prepared for the Spurs Emirates FA Cup matches, both home and away!

In the ever-popular, Today's the Day article, Phil Tanner looks at a 3-1 away win at Weymouth from the 2010 Conference South season.

Chris Shingler's Amber in the Attic takes us back to a season-changing victory for our championship-winning Newport AFC side, from the 1994/95 Beazer Homes League, a match against our nearest league rivals Forest Green Rovers.