It is always a fantastic occasion when the 'Port play Luton Town, tomorrow will not be different. Without a win in four matches, Luton will be desperate for all three points...

Norman Parselle also takes us through the College Education football programme and what a brilliant opportunity it is for any young person looking to get in to sport.

Take a look at how the club and DSA are marking the Playing Fields week of action all about Dementia Friendly. Make sure you use the hashtag #OurMatchday tomorrow, Exiles!

Can't make tomorrow's game?  You can listen all the build up at newportcityradio.org from 1pm and switch over to iFollow at 2.45pm for live commentary with Charlie Brown and Richard Sheppard.

Find out all about the Match sponsor's Celtic Recycling, Ball Sponsor's and latest information about County Lottery, Half Time Draw and Subscription Draw.

In this week's 'County Academy' section of the programme, Will Pritchard speaks all about centre-back Jay Foulston's call up to the Wales U19's squad. 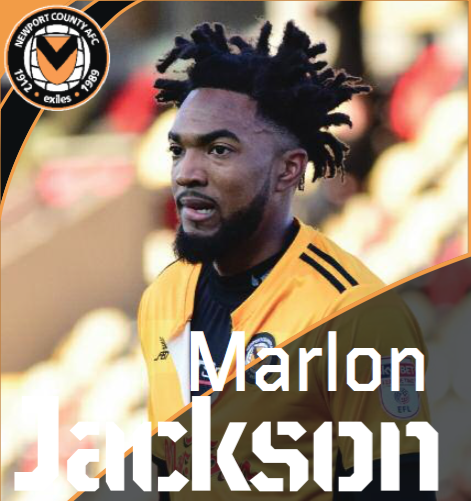 This week, Ben Catton sat down with striker Marlon Jackson. The 28-year-old spoke about how he started his career, several transfers to different clubs in all kinds of different divisions as well as his relationship with Bristol City loanee Shawn McCoulsky.

Club Journalist, Ryan Robinson, re-lives the incredible score draw and one of the most incredible matches in the club history, against Tottenham Hotspur in the Emirates FA Cup.

Elsewhere in the programme, he talks us through the 1-1 draw against Morecambe in the League.

The Club's Chief Scout tells us about his week and gives us a little insight to our visitors Luton Town as well as how he is preparing for the upcoming Crewe match.

In the ever-popular, Today's the Day article, Phil Tanner looks back at the 1-0 win over Luton Town back in which Aaron O'Conner scored the only goal of the match in a thrilling win for County.

Chris Shingler's Amber in the Attic takes us back to the 1967 season and the Division Four clash against Luton Town.

Also, if you turn to the centre page ... we reveal which of our players favourite drink is Sprite zero!