As part of #MentalHealthAwarenessWeek Newport County AFC are raising awareness of mental health issues that are affecting people at our Club.

Newport County AFC want to try and do everything possible as a football club to encourge supporters to speak out and gain help if they feel that they are in a vulnerable position.

This is a week where everyone is encouraged to speak about their different, difficult experiences and share what may help. Two people in particular at the Club have recently spoken out about how mental health has affected them. Claire spoke to the club website recently about her mental health condition and what she thinks is the best way to tackle the "cruel, invisible illness."

"I was diagnosed in 2012 with PTSD after a house fire. This has left me suffering from panic attacks and anxiety which can be very debilitating.
"Football is one thing I won’t give up on and once I can’t make it to games I know things are bad! I can’t travel to away games as I find it very difficult, but being at my home ground is comforting. I also find that most are aware I suffer with panic attacks and I know I can ask for help at anytime.
"I think the EFL raising awareness of mental health not only with men but woman is fantastic as we are all human and we are all affected by this cruel invisible illness.
"As our club is also raising awareness it helps others not to feel isolated not just fans but also players too and that the stigma is being broken."
For more information about how the DSA can help YOU
attend Newport County AFC games, please click here. 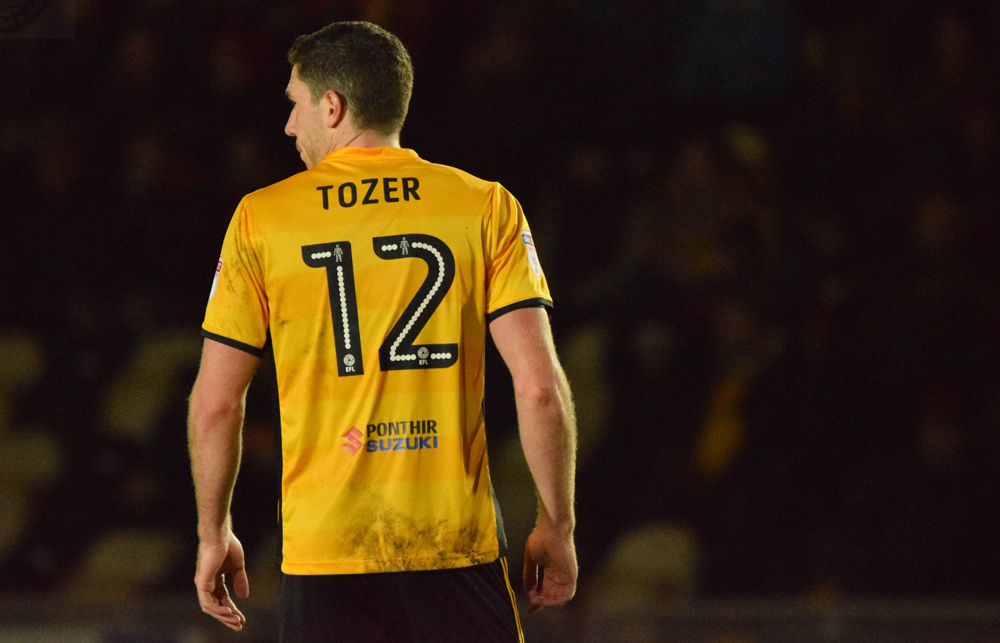 Following the end of the 2016/17 season, County midfielder Ben Tozer revealed he had also suffered with mental health issues after a difficult period last season.

Bravely bringing up his experiences in an interview with The Sun recently, the Plymouth-born man said:

“I ended up watching day-time telly for months and I felt like I never wanted to kick a ball in my life again (after being told that he was not going to be included in the squad). I don’t know what was happening to me for a while.

“I was on a downward spiral to nowhere and for a while until I took up boxing. In the afternoons it was back to daytime telly where I would just be trying to deal with my anxiety attacks.

“I took it all very hard because anybody would tell you I was always up for it, a good trainer, a hard worker, a team player — and suddenly I was out.

“I’m just glad I listened to Sophie (Ben's wife) and sought help after a few months of going down mentally, turning up for training and knowing I was basically wasting my time.”

Ben's life changed completely when Michael Flynn was appointed as Manager. Along with the club doctor, things were starting to look up for the midfielder.

"The Gaffer and the club doctor were brilliant, only three people at the club knew what I was going through — them and me. The whole thing was kept secret. I attended counselling sessions and was soon on the mend.

“It was so secret I didn’t want to tell any of my team-mates. We were fighting for our lives to stay in League Two. At the time I was scared if I did tell them it might upset them and take their minds off that fight to stay in the League.” 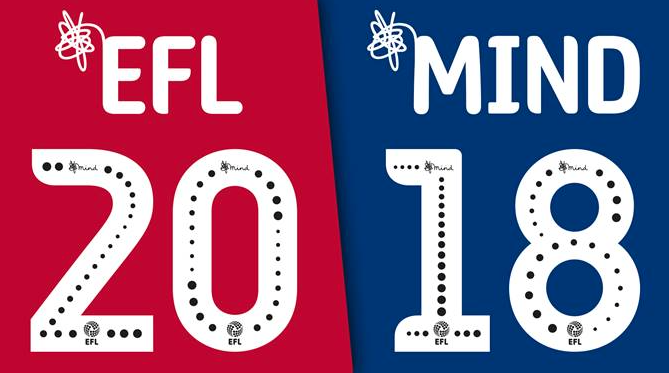 The logo of mental health charity Mind will appear on all EFL shirts next season as part of the new-style names and numbers being launched for the 2018/19 campaign.

The new design will, for the first time in English football, incorporate a charity’s logo into the player name on the back of every EFL shirt across all 72 clubs in the Sky Bet Championship, Sky Bet League One and Sky Bet League Two.

This new partnership sees Mind become the EFL’s new Official Charity Partner from the start of next season.

Claire Faulkner also shared her experience of MIND when she spoke to the County website.

"I had help from mind back in 2015 they gave me a counsellor who attended my home every other week just to offer support in the way of talk therapy but unfortunately it’s wasn’t enough as I had to go on to further counselling. This was more in-depth, and full on but MIND are fantastic and with them partnering with the club and EFL, it will only help and be an open door for people to get help when they don’t know which way to turn."

How You Can Get Help? 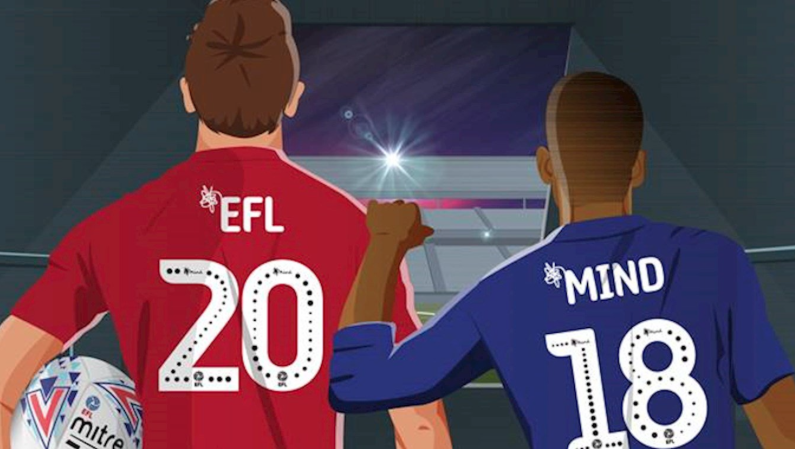