Alongside both these races, however, was the really importance race ... the Mascot Race!  Taking part, along with mascots from all around the city and beyond, was our very own Spytty the Dog!

The winners of the marathon were James Carpenter and Natasha Cockram.  Mr Carpenter came in first for the men in a time of 02:33:32 and Ms Cockram -who is from Newport - crossed the line in 02:44:58 as the first woman.

The first Gwent participant to cross the finishing line was former Newport boxer Matthew Edmonds who was cheered across the line as he finished in a time of 02:44:07.

However, the winner of the all-important Mascot race was ... Spytty the Dog.

"[Spytty the Dog] blitzed the field" said one spectator.

And whilst we haven't seen photos from all the runners, we can't imagine there's a better "photo finish" all day than this one. 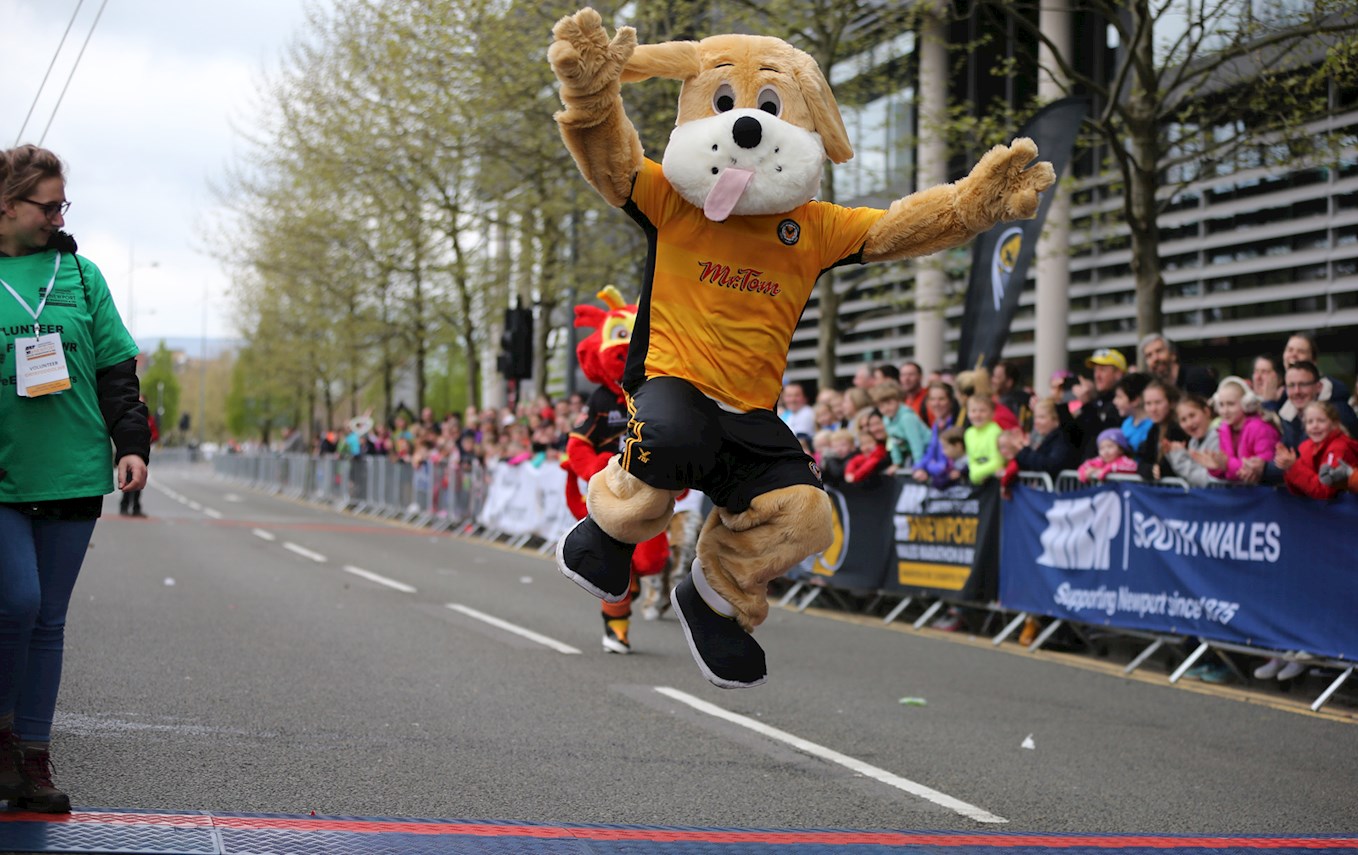 WELL DONE TO SPYTTY THE DOG
and of course to everyone who took part in the ABP Newport Marathon.