Newport County AFC will be looking to return to winning ways in League Two when they host high-flying Colchester United on Saturday. Cup success for the Exiles in the past 10 days sees them return to Rodney Parade full of confidence, whilst the visitors will be hoping to keep their spot in the automatic promotion places with a positive result in South Wales. 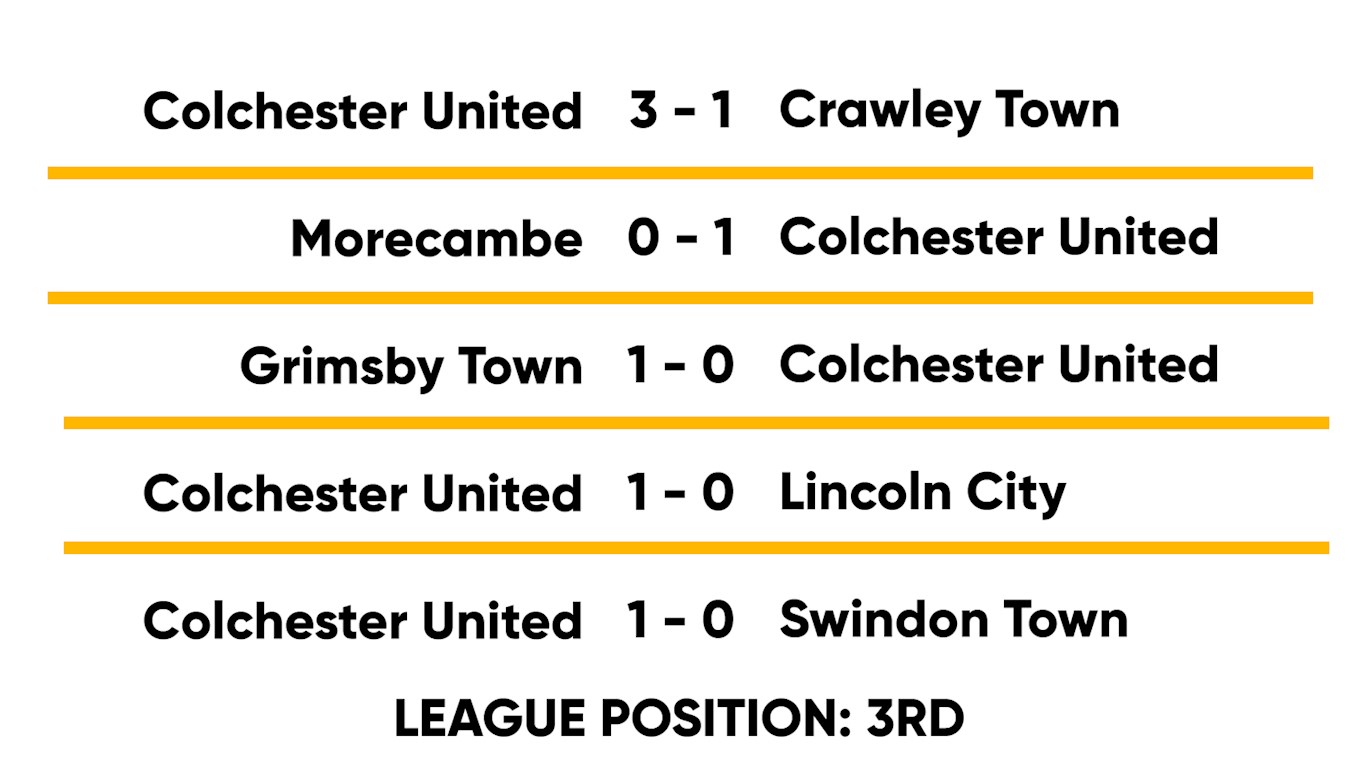 For only the third time this season, County will play a League Two fixture against a team occupying a higher position in the table on the day of the game. On the opening day of the campaign, Mansfield Town were only above the Exiles due to alphabetical order, whilst Exeter City were also above County for the meeting at St James Park.

Saturday’s visitors to Rodney Parade, Colchester United, have ascended the table having picked up 12 points since 13th October – starting with a 3-1 home victory over Crawley Town. Luke Norris stole the show for the U’s, grabbing two assists for Sammie Szmodics and ex-Exile Frank Nouble before hitting the target himself, while Filipe Morais converted a penalty for the away side.

Since then, the Essex outfit have been involved in four successive matches that ended 1-0. Courtney Senior’s first-half strike gave them an away success at Morecambe, while they were the on the wrong side of that scoreline in the next game when Wes Thomas’ goal continued Grimsby Town’s inspired form.

Colchester’s two most recent League Two fixtures have both come at home, with the first of those an inspired triumph over league leaders Lincoln City as Frankie Kent inflicted just a third league defeat of the season on the Imps.

Before the two-week break for Emirates FA Cup and CheckaTrade Trophy action, Szmodics scored the winner to see off Swindon Town at the JobServe Community Stadium. The U’s moved up to third with the victory, just the second time they have been that high this season. 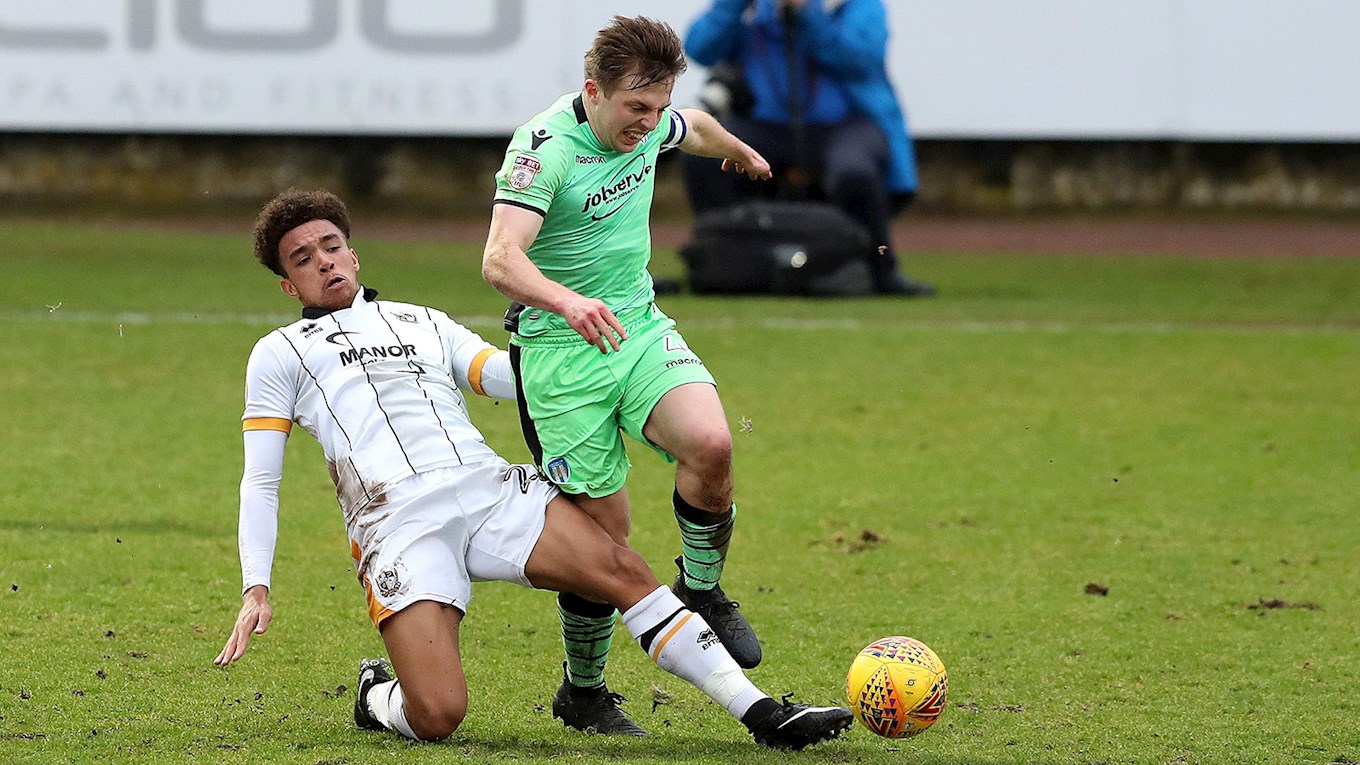 Colchester United manager John McGreal has a couple of selection dilemmas to ponder ahead of travelling to Rodney Parade on Saturday.

Talismanic striker Luke Norris, who has scored eight goals already this campaign, will leave a big hole up-front if deemed unavailable by the U’s, with Norris continuing to fightback from an ankle injury sustained in the victory against Swindon Town.

Most of Colchester’s injury worries come in defence, with McGreal having to recall Cameron James and Ollie Kensdale from loan spells at Braintree Town and Bostik League North outfit Maldon and Tiptree respectively.

They will provide cover to Luke Prosser and Frankie Kent at centre-half, following injuries sustained by Tom Eastman (head) and Tom Lapslie (hamstring).

Shot stopper Rene Gilmartin is definitely ruled out of the contest in South Wales with a hamstring injury, leaving McGreal light on numbers.

The U’s manager said: “"It's a juggling act really, knowing that the games are coming thick and fast. We've lost key players to the team. We've been tested with the squad that we've got but it gives other boys opportunities to perform”

One to Watch – Sammie Szmodics 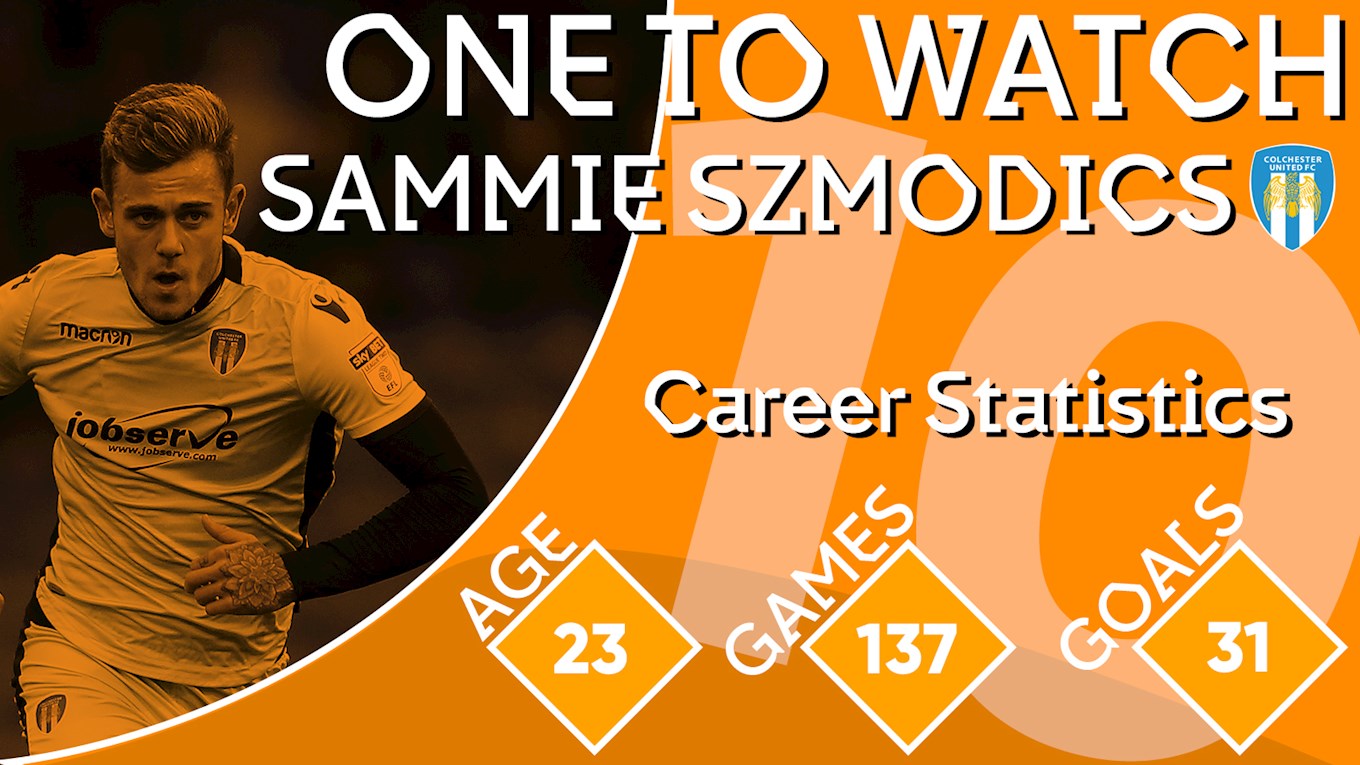 A product of the Colchester academy set-up, it’s looking likely to be another scintillating season for attacking midfielder Sammie Szmodics.

The 23-year old already has six goals to his name this season, accruing four points for his side individually, and that points tally would be increased even further if you also take his numerous assists into account.

He netted the matchwinner against Swindon Town earlier this season, while netting in away draws with Cheltenham Town and Mansfield Town. Szmodics’ other strikes have come against Cambridge United, Colchester United and Crawley Town.

A short three-game loan spell with Braintree Town in 2015/16 aside, the 23-year old has solely featured for the U’s having joined their academy set-up at the tender age of seven.

Good scoring form in the U18s side at the Essex outfit saw Szmodics afforded a first-team opportunity on 28th September 2013 when featuring in a draw away at Bristol City.

He was featuring frequently for both the youth side and first-team in that breakthrough season, before holding down a place throughout the 2014/15 campaign when featuring in 31 League One matches.

A foot injury kept him out for most of the following season, but it appears Szmodics came back a better player and he has really established himself as one of the first names on the team sheet with Colchester.

Last season, the attacking midfielder found the target on 13 occasions from 40 appearances in all competitions, his season best in both categories. 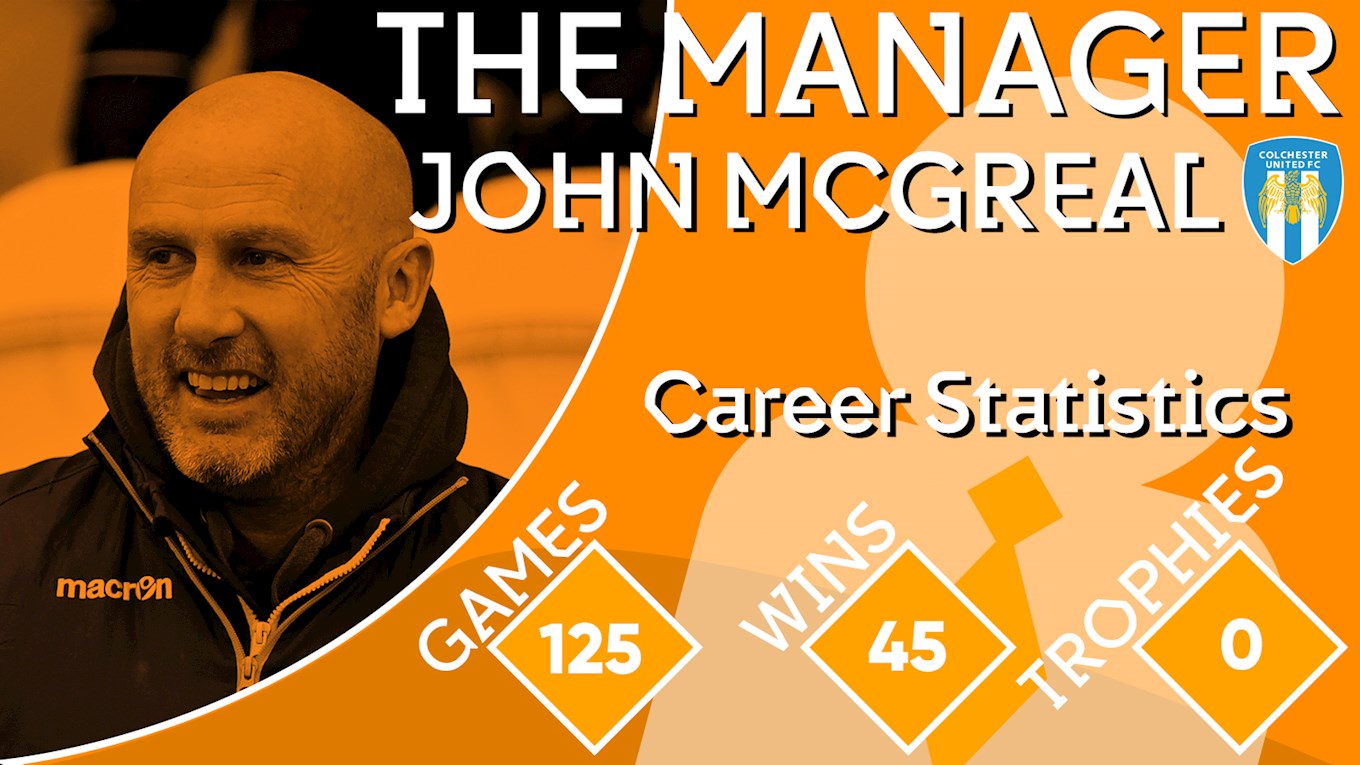 Having been appointed permanently to the hotseat ahead of the 2016/17 campaign, John McGreal looks to have used his first two seasons in League Two to work out what kind of players he needs for a potential promotion push.

In the final League Two matchday before the break for cup commitments, the U’s ascended into the automatic promotion places for just the second time this season having leapfrogged County and Exeter City into third.

This campaign follows two relatively steady seasons in charge of the Essex outfit, with McGreal taking charge of the club following their relegation to League Two in May 2016.

They missed out on the play-offs by a solitary point in his debut campaign as a first-team manager, while they did slip back slightly last season when finishing in 13th.

But McGreal has moved astutely this summer to bring in players capable of helping them aspire to promotion – including splashing the cash to bring in Cheltenham Town midfielder Harry Pell and Swindon Town striker Luke Norris.

All of McGreal’s exploits in the coaching / management side of things have come with Colchester having hung up his playing boots in the summer of 2007.

Before being handed the reins of the club, the 46-year old held the positions of professional development coach, U18s manager, U21s manager, interim manager and assistant manager as well. 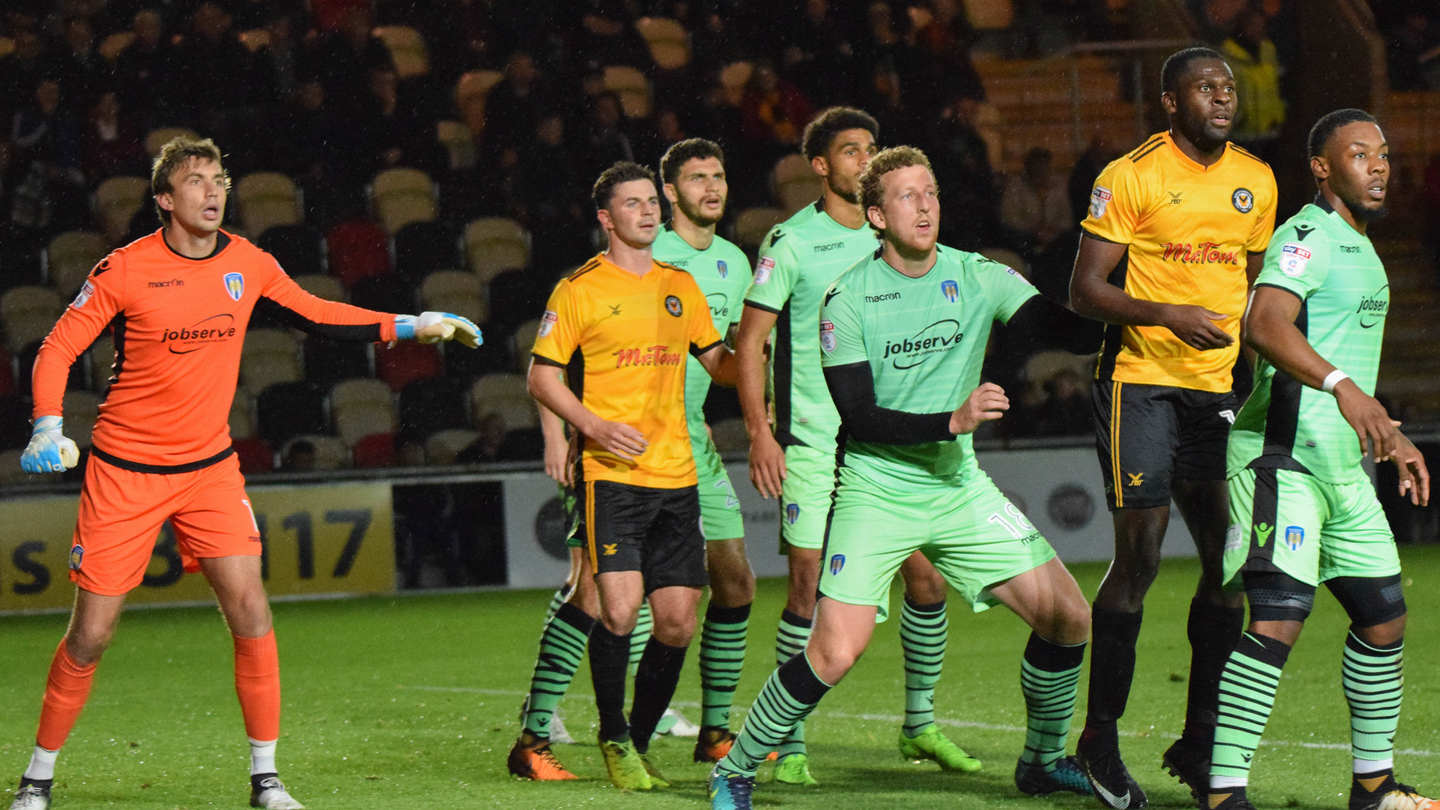 Only four away teams were able to pick up all three points at Rodney Parade last season. Only two teams took all six points off County last season. Colchester United fit both of those criteria.

The U’s were the first of those teams to beat County at Rodney Parade in League Two in the 2017/18 campaign – and second overall after Swansea City U21s triumph beforehand – in a game that only produced one shot on target in the first-half.

The contest increased in tempo during the second half, but County were ultimately made to pay for missing early chances after the restart.

Ex-Exile Ryan Jackson came back to haunt County when drilling home on 70 minutes, whilst the player to provide the assist for the defender, Mikael Mandron, doubled the advantage seven minutes later when glancing in a Sean Murray delivery.

Shawn McCoulsky pulled a goal back with five minutes remaining through a header of his own but the U’s held on for victory on 17th October 2017.

In the reverse fixture on 3rd February 2018, County players could have perhaps been forgiven for having one eye on the replay at Wembley with Tottenham Hotspur in the Emirates FA Cup just four days after this match.

The Exiles and the U’s again played out an uninspiring first-half but the Essex side once more improved after the restart to pick up all three points.

On 59 minutes, Courtney Senior ran the length of the field past five challenges to square for Ben Stevenson to tap home, whilst Tom Eastman made sure of the points with ten minutes left to play when sliding home from close range. 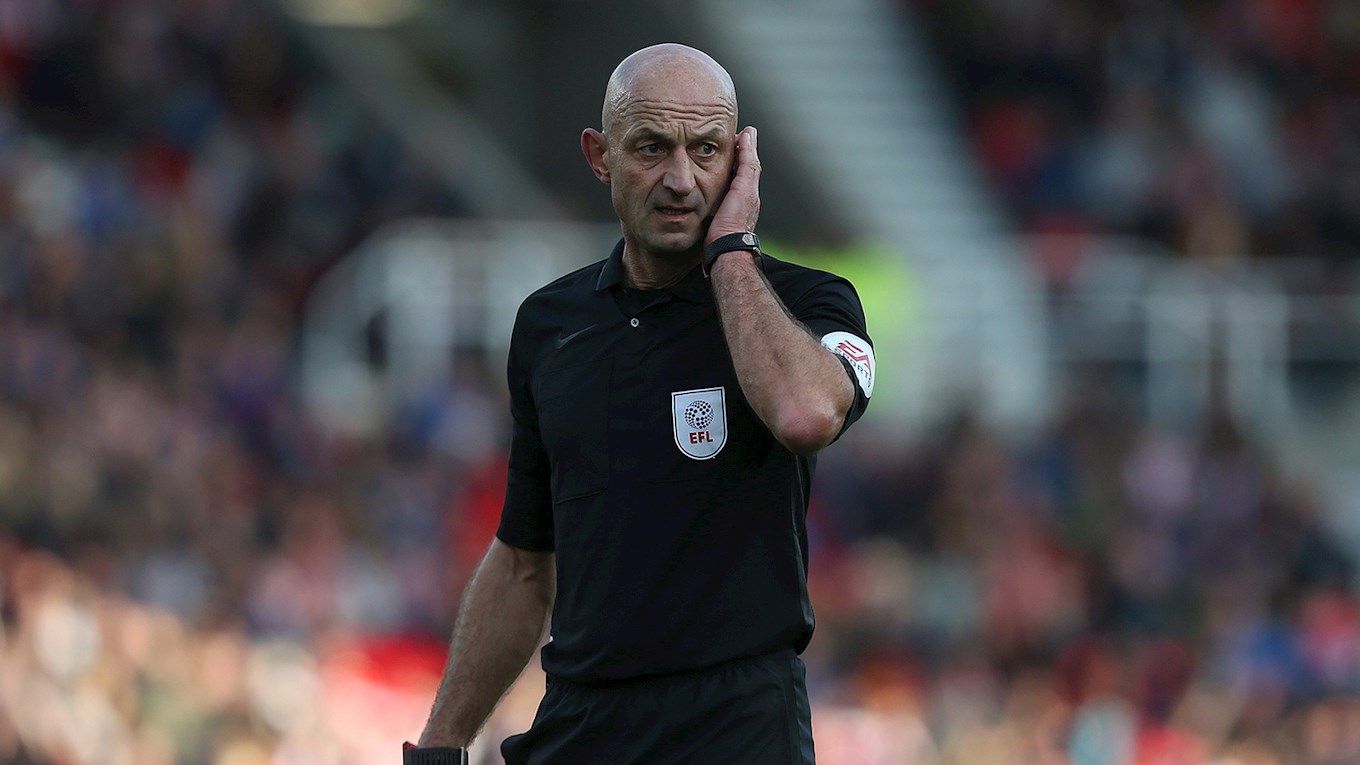 Due to it being international weekend, County have the added luxury this weekend of being handed a Premier League referee for the fixture with Colchester United.

Roger East is currently embarking on his seventh season as a Premier League referee and 12th in the Football League.

He has presided over seven matches so far this campaign, giving out 23 yellow cards and no red cards, with two of those previous matches coming in the English top flight.

East gave out three yellow cards when Everton comprehensively defeated Fulham on 29th September, whilst five yellows were brandished as West Ham saw off a spirited Burnley side on 3rd November.

Only one game has passed this season without East going to his pocket and that involves Saturday’s visitors as the U’s beat Southend on 9th October, with the season high number of six cards given in the League One top-of-the-table clash between Peterborough United and Portsmouth on 15th September.

That follows on from refereeing a total of 29 games during the 2017/18 campaign, a season in which East brandished 95 yellow cards and three red cards throughout the entirety of the campaign. 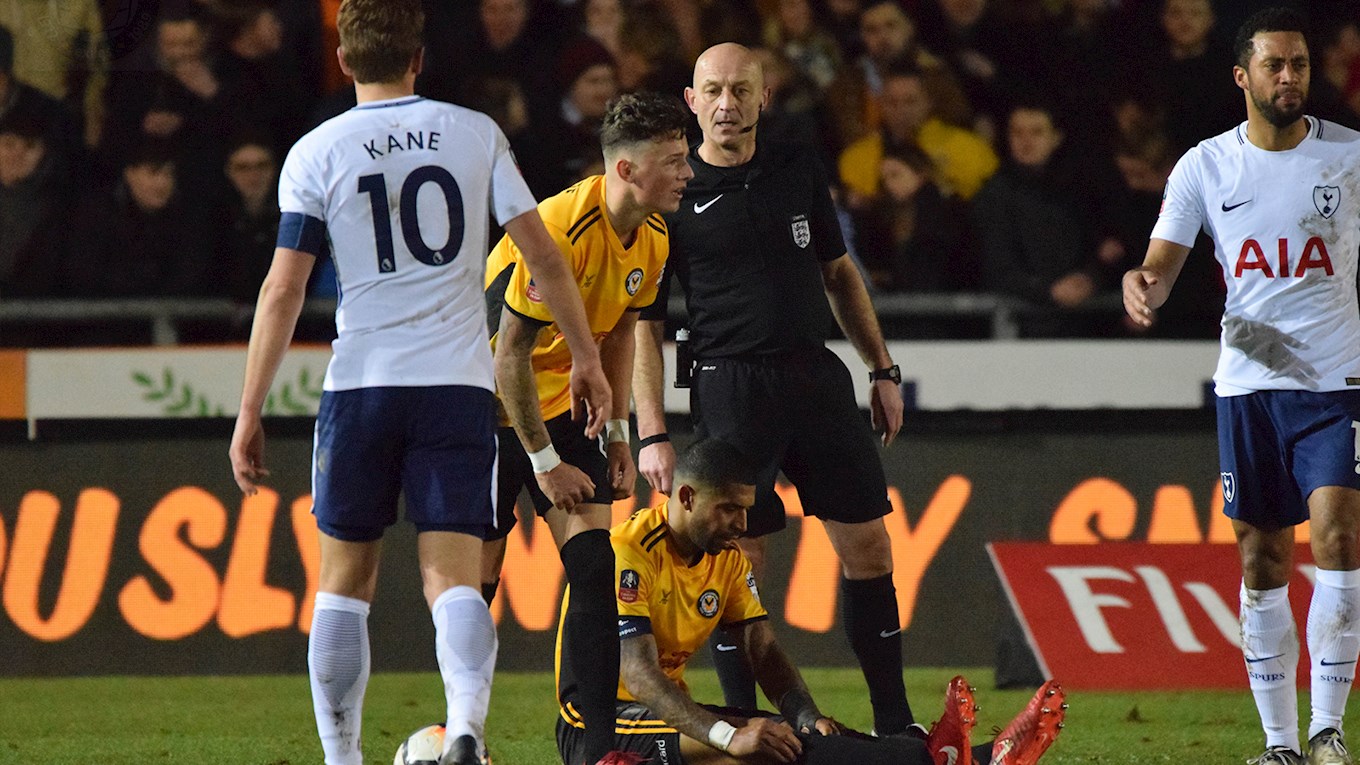 East has only refereed a match involving Newport County AFC on one previous occasion and it came in arguably the biggest game of the campaign at Rodney Parade last season.

County were only eight minutes away from doing just as Padraig Amond powered a header past Michel Vorm from a Robbie Willmott delivery, but World Cup Golden Boot winner Harry Kane ensured the sides would do battle at Wembley in the replay following a late strike.

During the match, East awarded nineteen fouls and gave out one yellow card to each team – Joss Labadie for County and Juan Foyth for Tottenham Hotspur.

Other fixtures that day in League Two (All 3pm kick-offs)