Today marked the launch of FIFA 19 and to celebrate Newport County AFC players Robbie Willmott and Andrew Crofts joined County fans at Smyths Toy Store in Newport to try out the new game.

Andrew Crofts and Robbie Willmott would probably both admit that their football skills are better in the real world than the virtual one but they took on some very skillful fans in the specially constructed gaming stations at Smyths Toy Store. 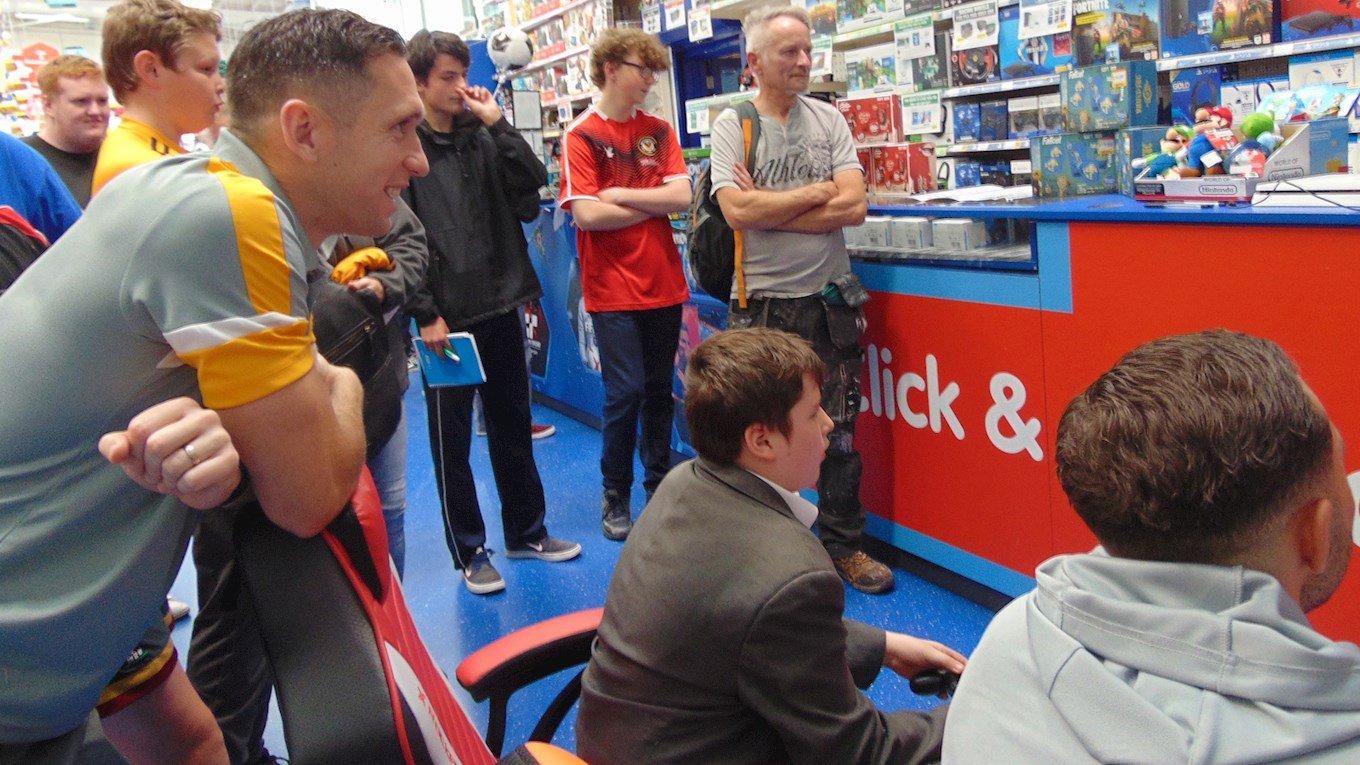 There were some simple rules ... four minute halves and if you go three goals down, you concede the match.

Robbie Willmott started strongly with some comfortable victories but young County supporter David saw off both Robbie and Andrew 3-0 before half time! 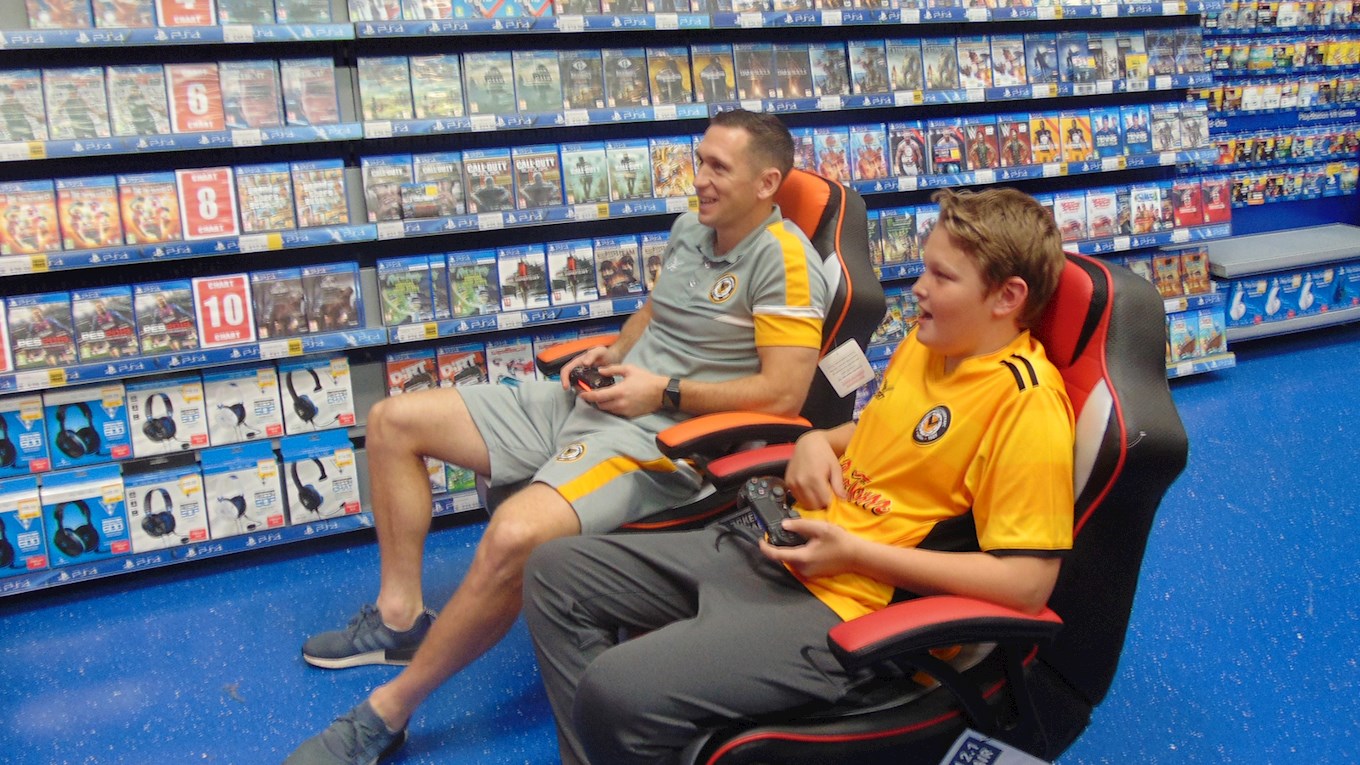 The brand-new FIFA game allows players to experience the drama of a major cup final, or rising through the leagues as your favourite League Two Club ... Newport County AFC.

If that's not enough, you can also download the Newport County AFC FIFA Club Pack here and download screensavers and package art.

TAKING A BREAK FROM FIFA?