Newport County AFC will be looking to extend their recent good form against Cambridge United when they travel to The Abbey Stadium on Saturday. The Exiles have won the last five meetings between the two sides and will know another three points will keep them in touch with the play-off positions, while the home side know safety is virtually secured and another positive result will see them over the line and playing League Two football again next season. 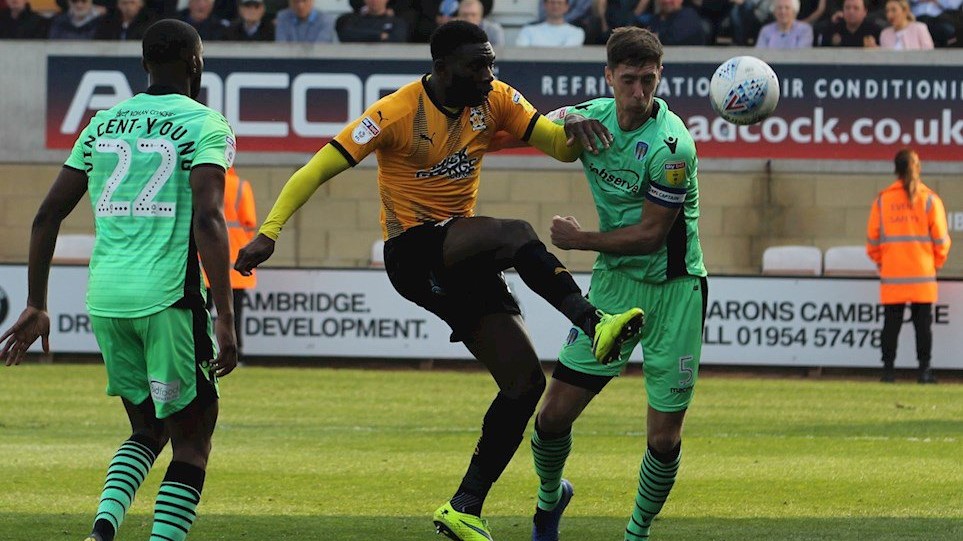 The whole season for Cambridge United has been a pattern of inconsistency with the side not drawing an awful lot of games and going through peaks and troughs of successive defeats or victories.

The U’s haven’t been higher than 15th all season and have spent the majority of that time in a relegation dogfight, although they’re virtually away from that now with one more result looking likely to be enough to preserve their Football League status.

Looking at their last five games in League Two specifically, Cambridge have picked up five points following one victory, two draws and a further two defeats.

The two draws actually start the run following a stalemate at home to Crewe Alexandra then a 2-2 draw at play-off chasing Carlisle United – the U’s getting their goals through Rushian Hepburn-Murphy and former Cumbrian Jabo Ibehre.

A disappointing 1-0 stoppage time home defeat to Colchester United was then followed up by arguably the most surprising result of the entire season – Cambridge capitalising on some troubles currently undermining Bury FC by securing a 3-0 away victory thanks to goals from Alex Jones, David Amoo and George Maris. 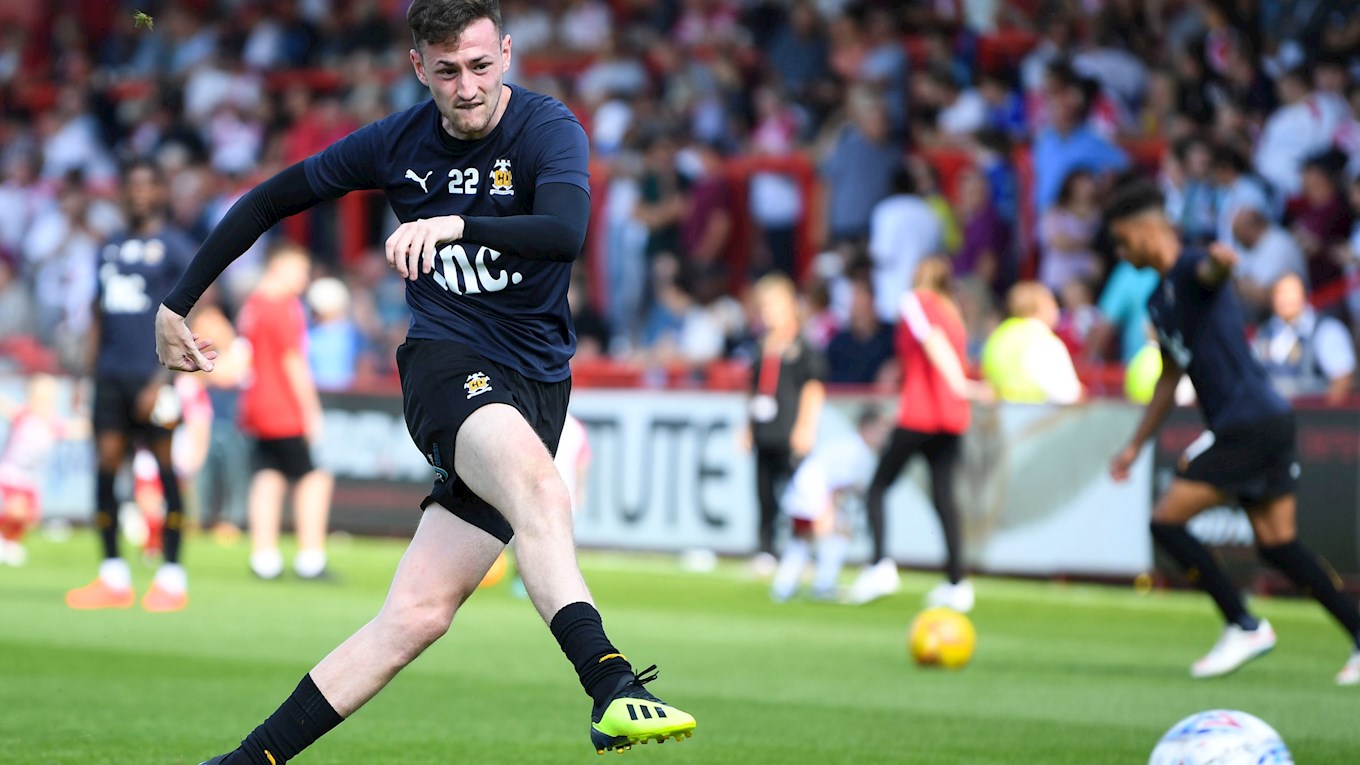 Cambridge United manager Colin Calderwood could have a couple of selection headaches to contend with as he prepares to welcome County to the Abbey Stadium on Saturday.

Striker Rushian Hepburn-Murphy came on for 20 minutes last weekend following an ankle injury so he may have to do with a place amongst the substitutes again, while Liam O’Neil and Paul Lewis have been on the side-lines recently.

Apart from that, Cambridge appear to have a clean bill of health and it’s now more about whether Calderwood elects to freshen up his squad and use some of the fringe players at his disposal before the end of the campaign.

One to Watch – George Maris 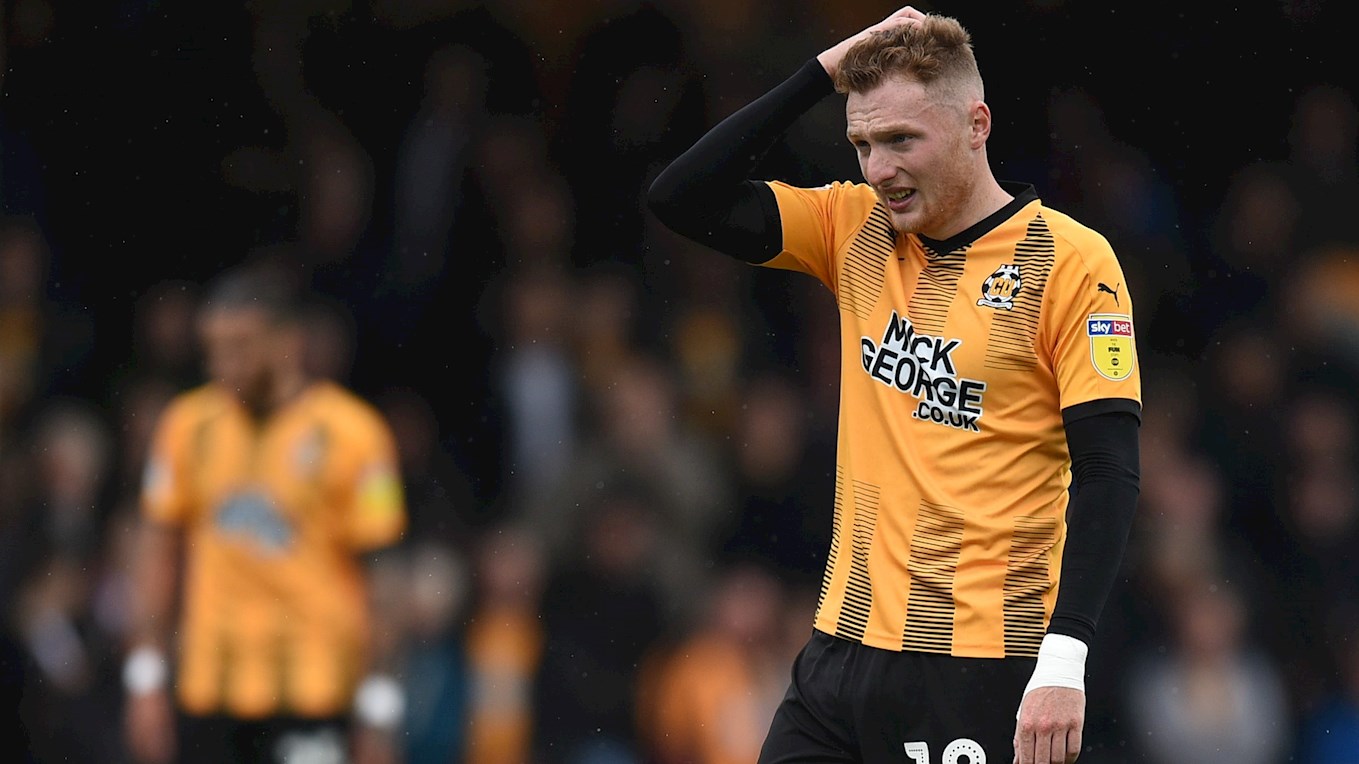 A playmaking attacking midfielder, George Maris is looking to finish the season strong and reach double figures for goals for the second successive season.

Alongside numerous assists, the 23-year old has seven goals to his name with five games left to get the remaining three – following strikes against Mansfield Town, Oldham Athletic, Crawley Town, Bury FC, Guiseley in the Emirates FA Cup and against Northampton Town in both league and cup.

In his third season at the club, Maris will welcome County to The Abbey Stadium with statistics of 21 goals in 113 appearances – 10 of which came last season in 42 appearances for his first campaign on double figures for goals.

An academy graduate of Barnsley, Maris made sparing appearances for the Yorkshire outfit and was sent on loan numerous times – learning his trade in the non-league at Nuneaton Town, Guiseley and Lincoln City.

Those appearances clearly alerted Cambridge United who signed the midfielder initially on a one-year contract ahead of the 2016/17 campaign. 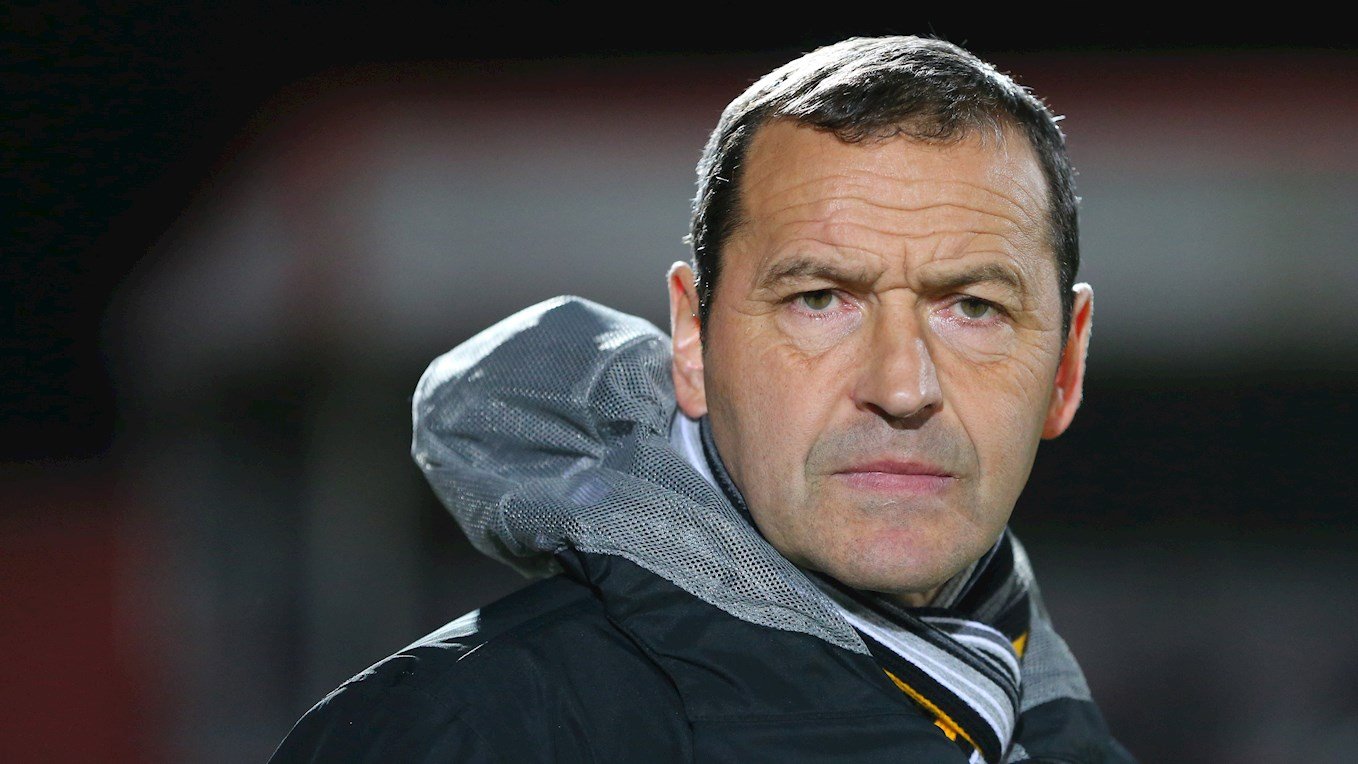 Vastly experienced as both a manager and assistant manager, Colin Calderwood was brought into Cambridge United earlier this season to steady the ship and he’s virtually guaranteed they will be playing League Two football again next season.

Taking to the hotseat on 19th December 2018, Calderwood took over a Cambridge side dangling perilously over the drop zone but now they are eight points clear with five games remaining – meaning the U’s should be safe already although three more points would virtually guarantee everything.

Despite failing to win either of his first two matches in charge at the Abbey Stadium, Calderwood’s results have been okay, and he currently has a 36.84%-win ratio. He’s tasted success on seven of his 19 matches so far, drawing four and losing the remaining eight.

This current position is Calderwood’s fourth as a manager and he’s had relative success at his previous clubs. He knows how to get teams out of League Two having secured promotion with Northampton Town in 2006, before getting Nottingham Forest into the Championship two years later.

Alongside a further managerial position at Hibernian, Calderwood has been assistant manager to Chris Hughton on four occasions – at Newcastle United, Birmingham City, Norwich City and Brighton & Hove Albion. 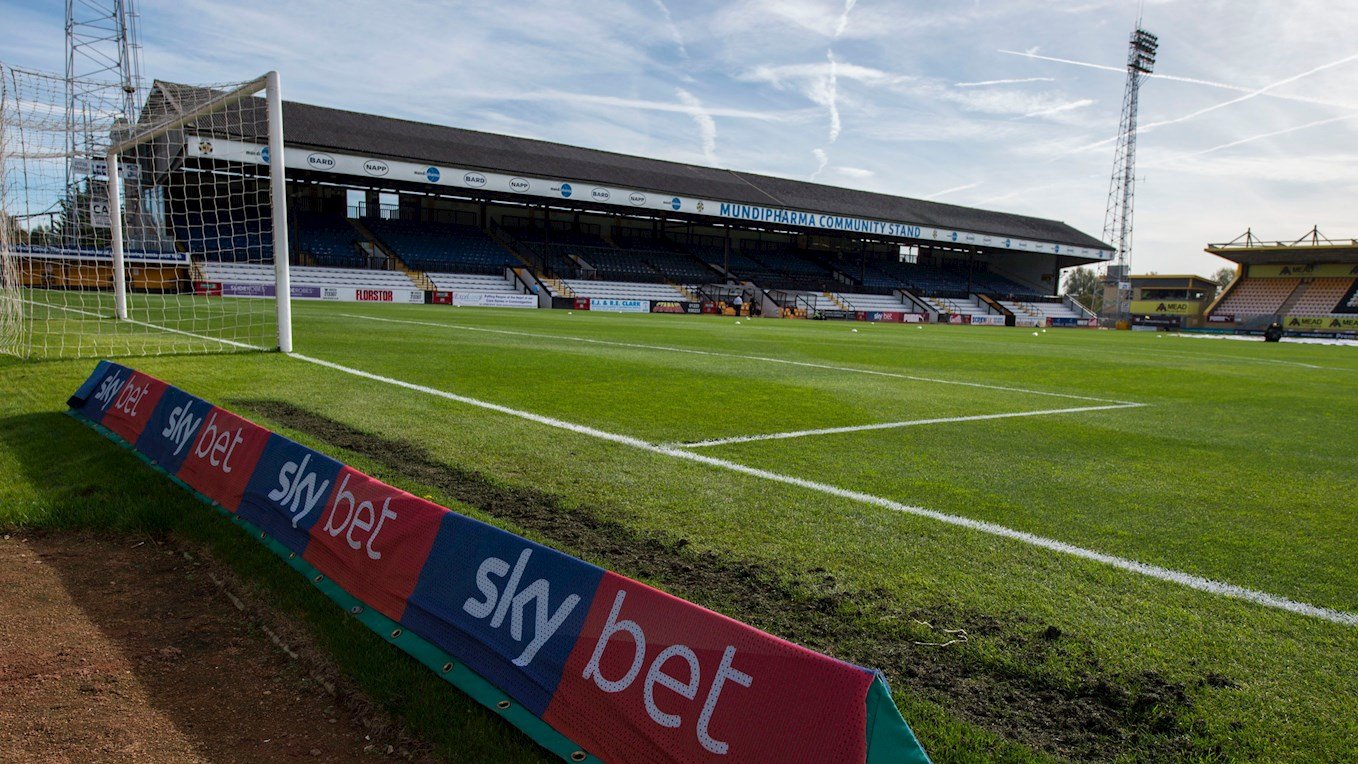 A stadium often frequented by the Exiles, Cambridge United’s Abbey Stadium has been their home since 1932 and has a mixture of seating and terracing.

The official attendance is 8,127, although crowds from yesteryear were higher than that with the record standing at 14,000 when Chelsea were the visitors for a friendly to mark the club’s new floodlights in May 1970.

On matchday, away supporters will be housed in the Marston’s Smooth South Stand which is directly behind one of the goals. This is an all-seater stand and up to 1,500 travelling Exiles could be housed on Saturday.

It’s a journey well-trodden by County supporters but some recent away followings include 339 on the opening day of the 2015/16 campaign, although it wasn’t the best afternoon as Medi Elito missed a penalty and County lost 3-0 in Terry Butcher’s first game in charge.

A total of 153 away supporters were there for the bizarre game on 18th February 2017 as Mark Roberts netted a stoppage time winner in a 3-2 home victory, while 143 were there last season on 16th December 2017 to see County get their own winner in the added extras during a 2-1 success.

101 fans made the trip earlier this season as County safely secured their passage through to the Second Round of the Carabao Cup with a 4-1 victory on 14th August 2018. 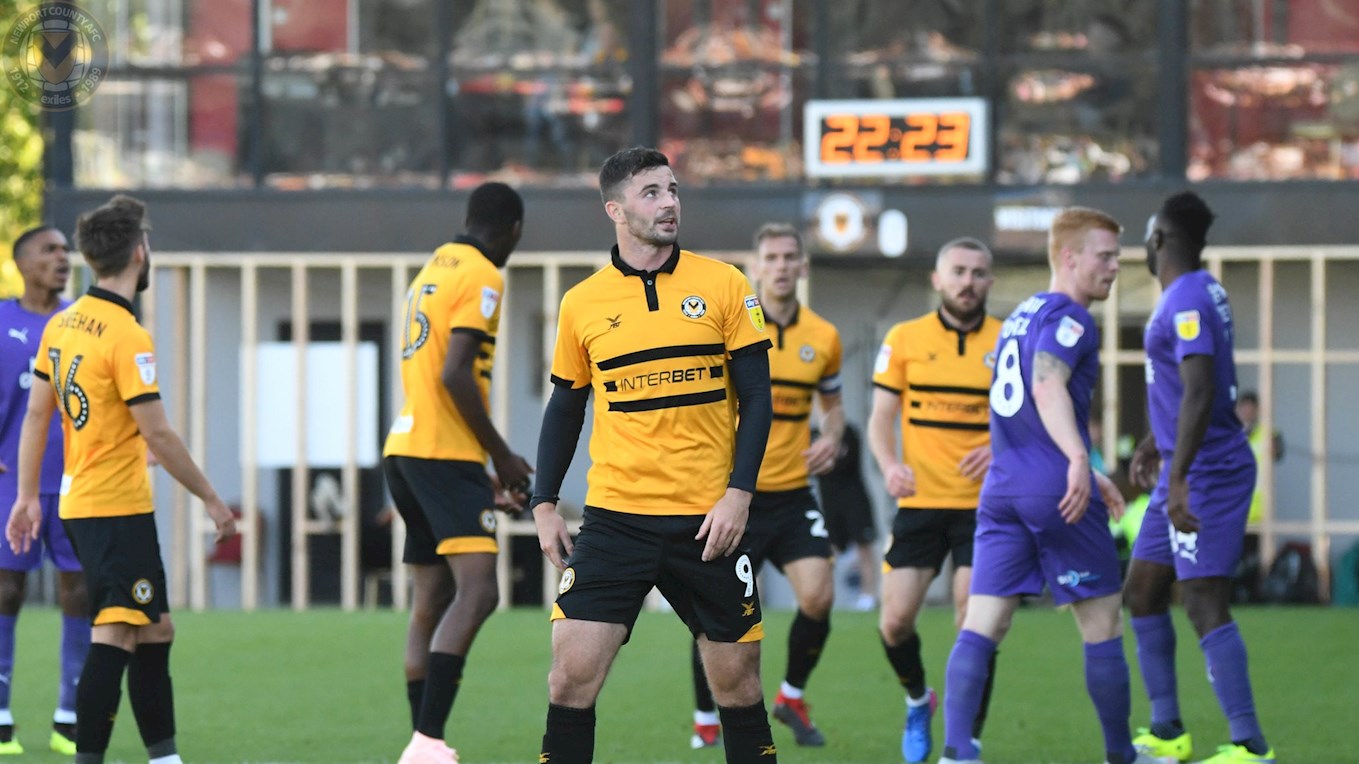 Four goals in 18 minutes either side of half-time ensured Newport County AFC came from two goals down to secure their fifth successive victory over Cambridge United in a 4-2 victory at Rodney Parade.

Former County trialist Reggie Lambe looked initially to have secured his side all three points with two well taken finishes inside 21 minutes, first cutting in from the left to curl past Nick Townsend, before repeating the trick from the right to double the advantage.

One thing no one can doubt about County this season is their tremendous desire and character to never say die, and they weren’t about to sit down and take successive home league defeats easily.

Mickey Demetriou’s penalty on the stroke of half-time halved the deficit, before the Exiles came out of the blocks quickly in the second-half and had turned the game around by the hour.

Padraig Amond put a halt to his barren run without a goal when prodding home the equaliser, before Jamille Matt converted Dan Butler’s pinpoint cross to put the Exiles in-front for the first time.

Read what Mike Flynn and Padraig Amond thought of the game. 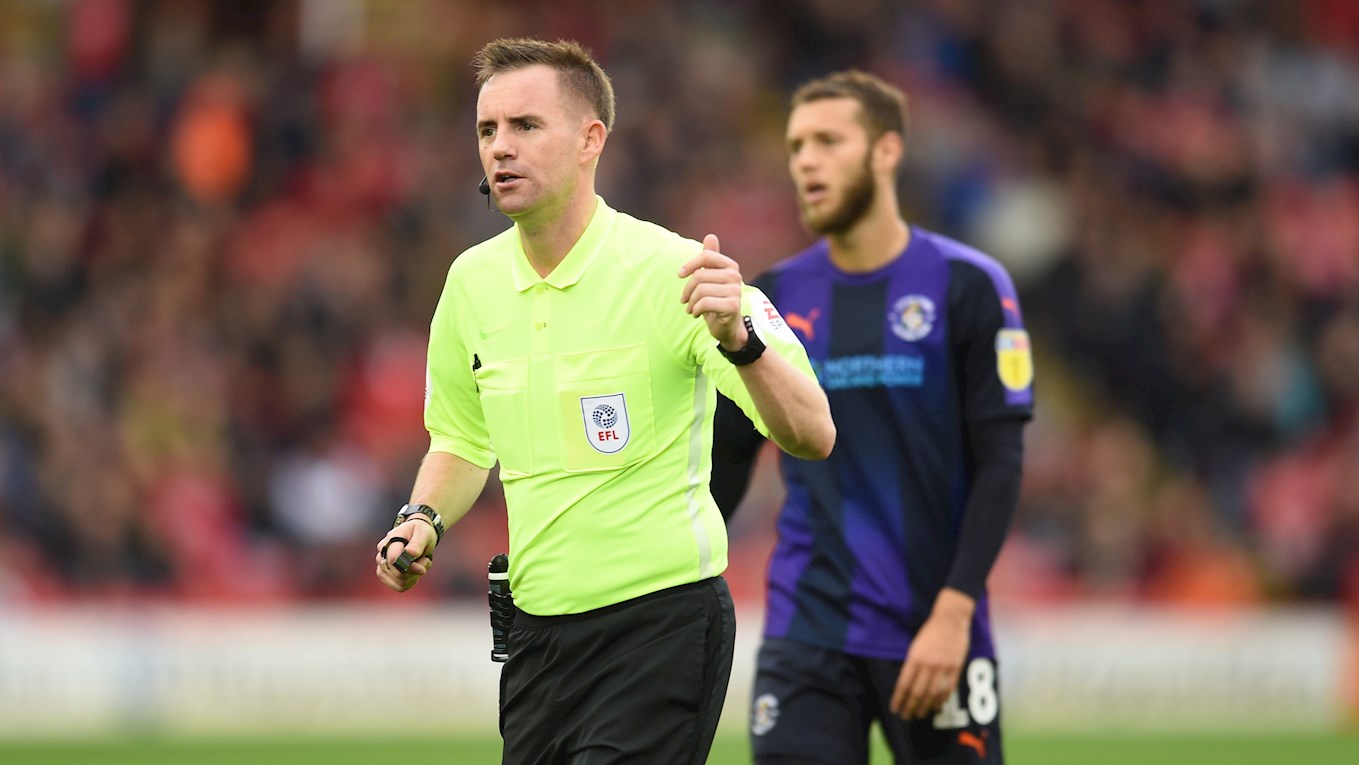 Joyce is currently undergoing his fourth full season as a Football League referee having first officiated a match in League Two on 15th August 2015 as Northampton Town cruised to a comfortable home victory against Exeter City.

He has refereed 40 games thus far this season, giving out 143 yellow cards and four red cards, although he didn’t brandish a single card on the opening day of the season as Barnsley smashed Oxford United 4-0.

That game at Oakwell is one of just two games where Joyce hasn’t had to go to his pocket – the other again coming in League One on 27th November as Charlton Athletic secured a narrow away victory at Burton Albion. 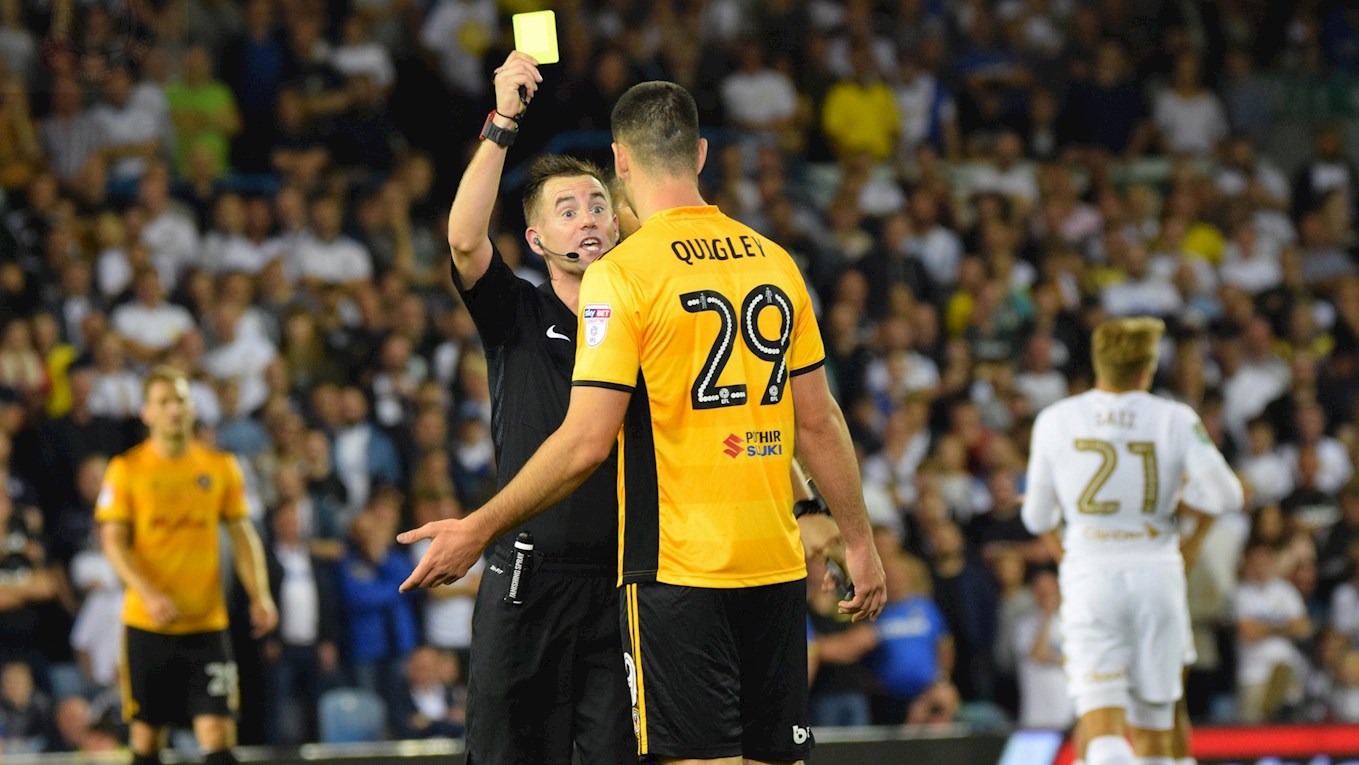 Joyce has refereed a match involving Newport County AFC on four previous occasions across League Two, the Conference and the Carabao Cup. Unfortunately, the Exiles don’t have the best of records from those prior contests – scoring just four and conceding nine – across one victory and three defeats.

He has already refereed the Exiles once this season and that was the solitary victory as Carlisle United were seen off 2-0 at Rodney Parade on 2nd March 2019. Joss Labadie and Josh Sheehan both saw yellows brandished in their direction.

That just leaves the first time Joyce ever presided over the Exiles, but it was another defeat, this time 2-0 at Lincoln City on 24th March 2012. Max Porter, Lee Minshull, Ramone Rose and Paul Rodgers were all shown yellow cards.