Are you part of the 200+ people that have already signed up for Newport's first ever sponsored walk for dementia, hosted by Newport County AFC and Newport Live? If not, there is still chance to sign up!

The walk will take place on Sunday April 7th starting at 11am at the Riverfront Theatre in Newport, officially supported by Monmouthshire Building Society.
The gentle 3km walk is open to all ages and abilities and will raise vital funds for Alzheimer’s Society Cymru which will be used locally. View the route below: 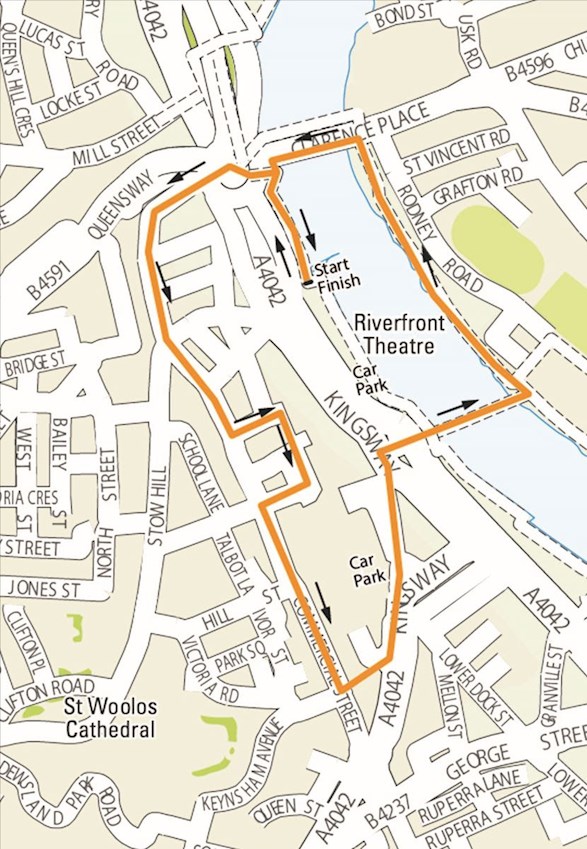 With an estimated 2,000 people living with dementia in Newport, the money raised from the walk will make a real difference to supporting families affected by the disease.
Newport has already been recognised as a dementia-friendly city, which is helping to reduce the stigma associated with dementia, and make people feel confident, understood and supported as a valuable part of society and their local community.

Registration for this event closes at 12pm this Friday, so click here to book now and help raise money for a brilliant cause.

If you'd like to help the cause without taking part in the walk you are encouraged to do so! Sign up to be a volunteer or Marshall by emailing sparkydavies4287@gmail.com ASAP.

The Mayor of Newport will be starting the walk, as well as several Club representatives including Directors, some Players & Spytty the Dog.

MPs AMs will also all be present at the walk, including Cllr Kate Thomas who is the Dementia Friendly City Champion.

Cllr Paul Cockeram, Newport City Council said: “Newport City Council are pleased to support the Alzheimers Society Cymru, and Newport County AFC and Newport Live at the Newport Walk for Dementia around the City on April 7th.
“I'm sure nearly every family in Newport will know someone or have a family member who is affected by this cruel condition. I do hope everyone can make an effort to participate in the walk which will be a first for Newport.”

Taking part in the walk? All participants are encouraged to arrive at 10am. Newport City Radio will be live from then, with musician Jack Perrett also performing a set! 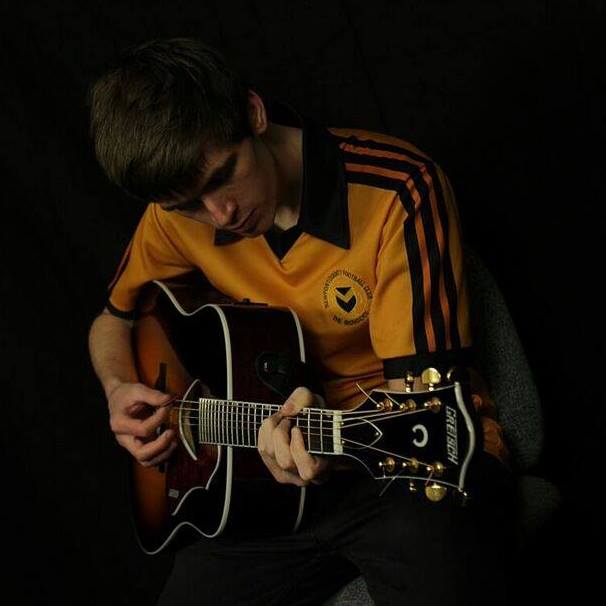 The Newport County AFC Trust will supply a water for station at the Kingsway Club Shop which will be open from 10am.

As well as NCAFC, Tesco Spytty have also donated bottled water for all participants to take advantage of at the end of the walk.

Unfortunately, there will not be any parking available on site at the walk on Sunday.

If you are struggling for transport to and from the event, wear your "I'm walking because..." sign and you will receive free transport throughout Newport on Sunday 7th April provided by Newport Bus. 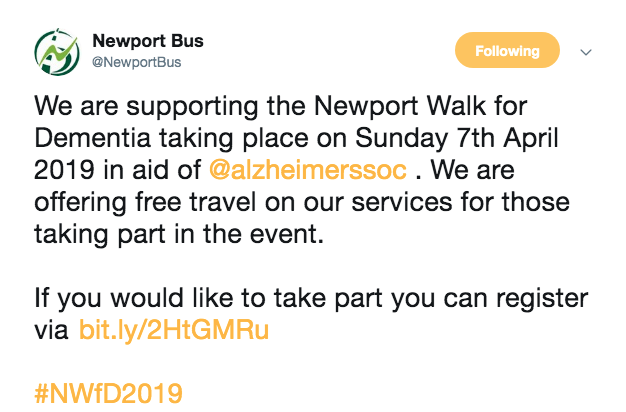 Everyone is welcome at the official afterparty will take place at the Club's very own Supporters Bar, which will include a raffle priced at just £1 a strip.

Prizes have been donated by the likes of Drago Lounge, St Pierre Golf Course and Cineworld.

Registration for this event closes at 12pm this Friday, so click here to book now and help raise money for a brilliant cause.

Click here if you would like to donate to Alzheimer’s Society Cymru via the official JustGiving Page.